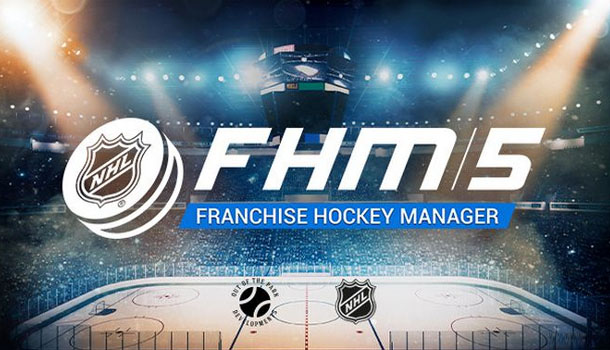 With the start of fall and the cooler weather comes the beginning of the Hockey season, and hot on the heels of the NHL comes Franchise Hockey Manager 5, the latest entry in Out of the Park Developments’ hockey management simulation series. I’ve reviewed each entry in this series over the past couple of years, and I’ve been consistently impressed by how, in the space of a couple of hours, a series of spreadsheets full of various numbers can take on the guise of a team full of players, each with different personalities, different aspirations, and different skillsets.

At the risk of spoiling the point of this review, Franchise Hockey Manager 5 is no exception. I started my career unemployed, and was soon appointed manager of the Owen Sound Attack, a team in the Ontario Hockey League. Being a junior team, I had a bit more freedom in my decisions, and the board were a little more forgiving of any mistakes that I made. Though much of the draw of the FHM series is taking the reins of an established NHL team, and managing players that you see on TV each week, there’s a degree of relaxation to knowing that you’re free to do what you want a little more, and that if you do well, a bigger team will come knocking anyway. 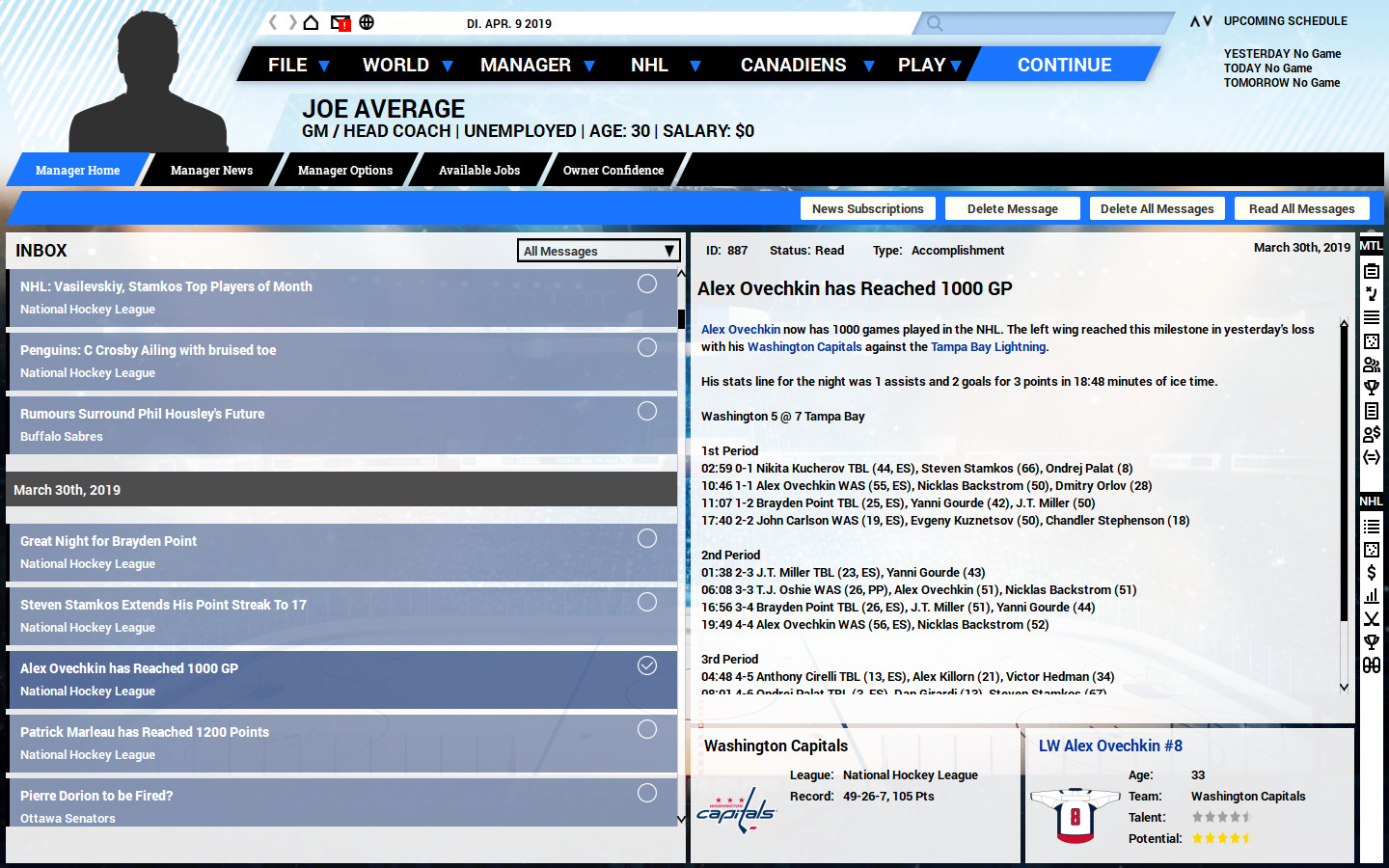 There are 29 different leagues to choose from in FHM5, from 17 different countries, and though a lot of players will gravitate towards North America or maybe Russia, it’s nice to know that if you want to step out of your comfort zone, you can manage a team from Belarus, Denmark or Japan. Like previous entries in the FHM series, and OOTP Developments’ other series, Out of the Park Baseball, you’re able to customize almost the entire experience if you so wish, changing league rules, team names, player’s abilities, and all kinds of things. This is a hockey game that you can truly make your own, and if your imagination presents an idea, you’ll likely be able to execute it in game.

Franchise Hockey Manager 5 boasts two big changes to the series. The first, a new User Interface, makes the game easier to navigate, with information presented in a clearer way than previously, and a better layout that makes it easier to find what you’re looking for. I felt that FHM5 did the best job yet in making me feel like I could have been sitting in a back office somewhere, scouting the hockey world for the next big prospect, or researching my team’s next opponents and figuring out their weaknesses. Even with the new UI, the game is a pretty daunting prospect for newcomers, and it’s almost recommended to start with a couple of burner saves, where you’re experimenting with various options and not hoping to do particularly well. 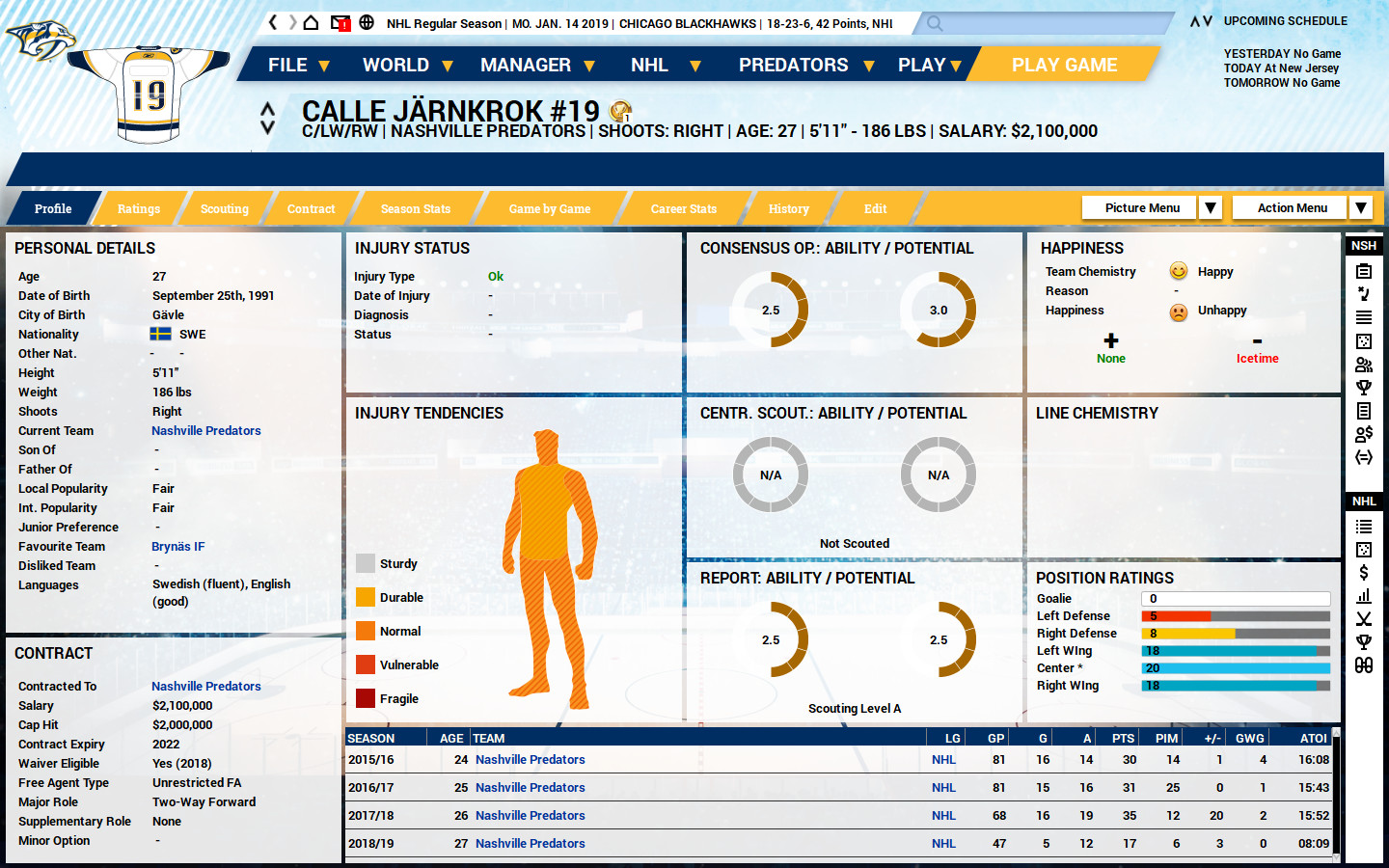 The next big addition comes in the form of a revamped tactics engine, and the inclusion of player chemistries. Now, I have to admit that I’m a fairly casual hockey fan, and that my knowledge of hockey strategy basically amounts to putting your best players on the first line and playing them as much as possible. Within FHM5, you’re able to control team, line and player tactics, with a decent amount of explanation as to what the effects of manipulating each slider or drop down menu will be in game. It’s still a little overwhelming if you’re as unfamiliar with the nuances of a hockey game as I am, but I can say with some certainty that even with the relatively small amount of exposure I had to tweaking these settings, I’ve come out the other side with a better understanding of the ebbs and flows of a hockey game, and how to try to tilt these momentum swings in your team’s favor.

Despite these two changes having reasonably significant effects of how the game plays and can be played, FHM5 feels like the first entry in the series that has only minor changes from its predecessor. Though this is largely due to the fact that previous games in the series have been so strong, it comes across as a bit of a blessing and a curse. FHM5 still offers up a fantastic hockey management simulation, and doesn’t need to make a whole host of changes to achieve this, as it already has such a strong foundation, but this almost means that sometimes you can feel as though FHM5 isn’t that much of a step-up from last year’s edition. It’s a problem that many once-yearly sports titles suffer from, but at least OOTP Developments have an excellent product available year-on-year. 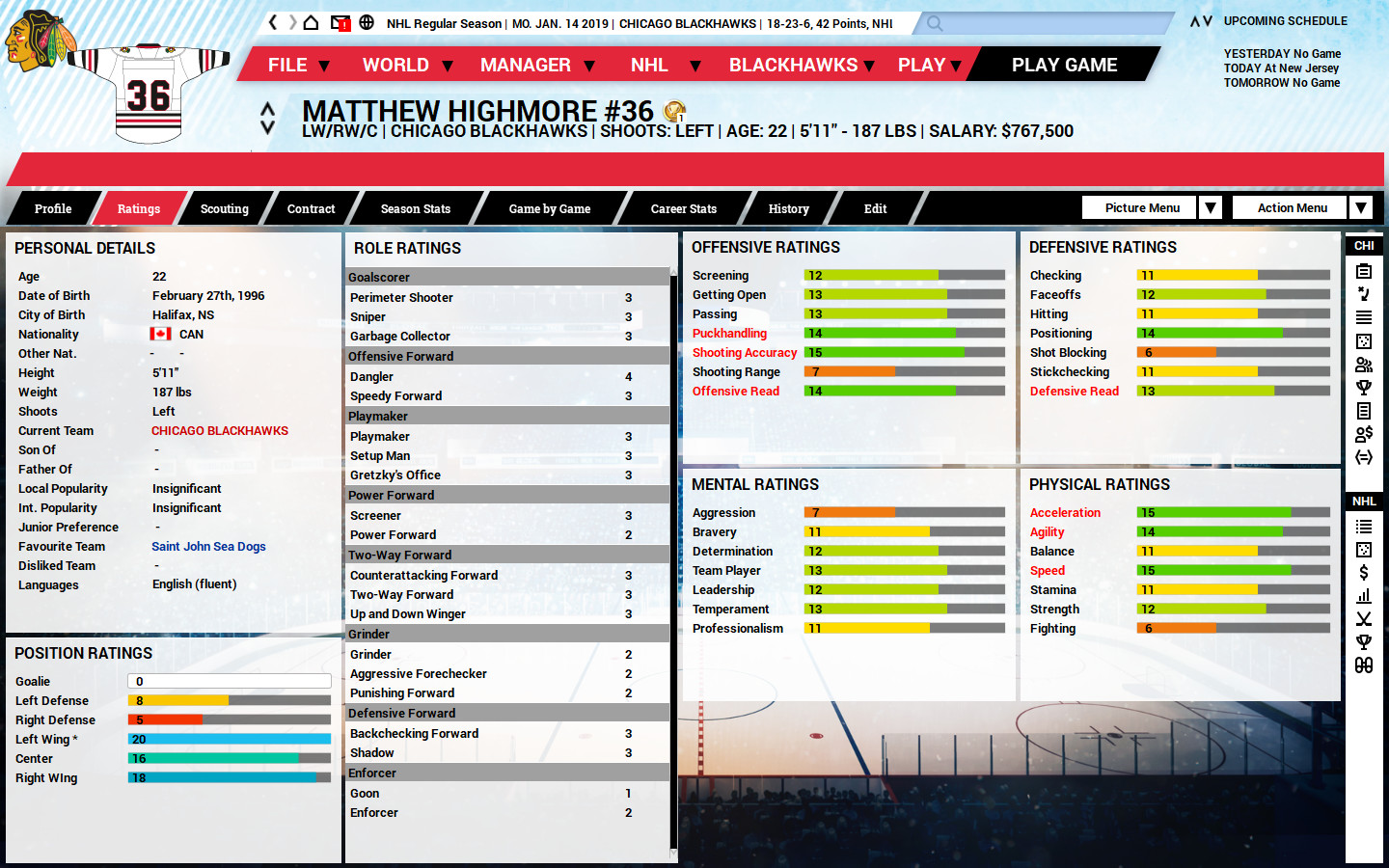 I always find these kind of games difficult to recommend, as chances are, if you’re already going in, you know you’re going to enjoy the game, and if you know that you’re going to enjoy the game, you’re already invested. The audience that I find it tough to recommend the game towards is usually newcomers, due to the sheer amount of information that gets thrown at you early on, but this year I find that there’s a little bit of a caveat to be given to established fans, too. While you can be safe in the knowledge that Franchise Hockey Manager 5 offers up the experience that you know and love, it can sometimes feel that the game on the table feels a little too close to what you already know and already love, without offering up a whole lot of novelty.

For some players, this may be enough, and the changes that have occurred, along with updated rosters, might be enough to convince them to jump on board. However, if you’re really enjoying FHM4, or have a save game that you can’t bear to part with just yet, then FHM5 perhaps doesn’t offer quite enough to encourage to drop what you currently have. It’s the same great game that the Franchise Hockey Manager series is known for, but it’s starting to feel a little too familiar. 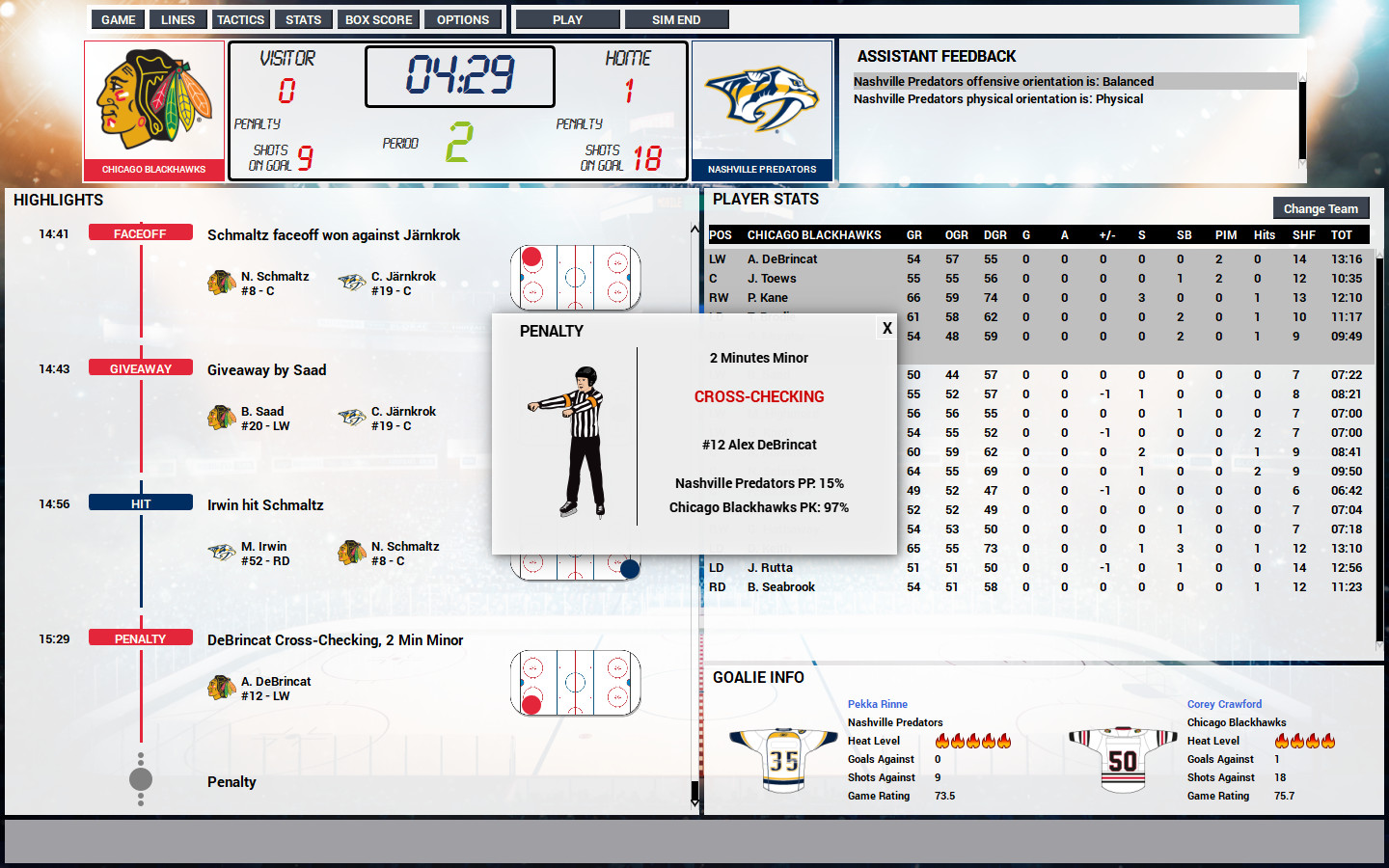 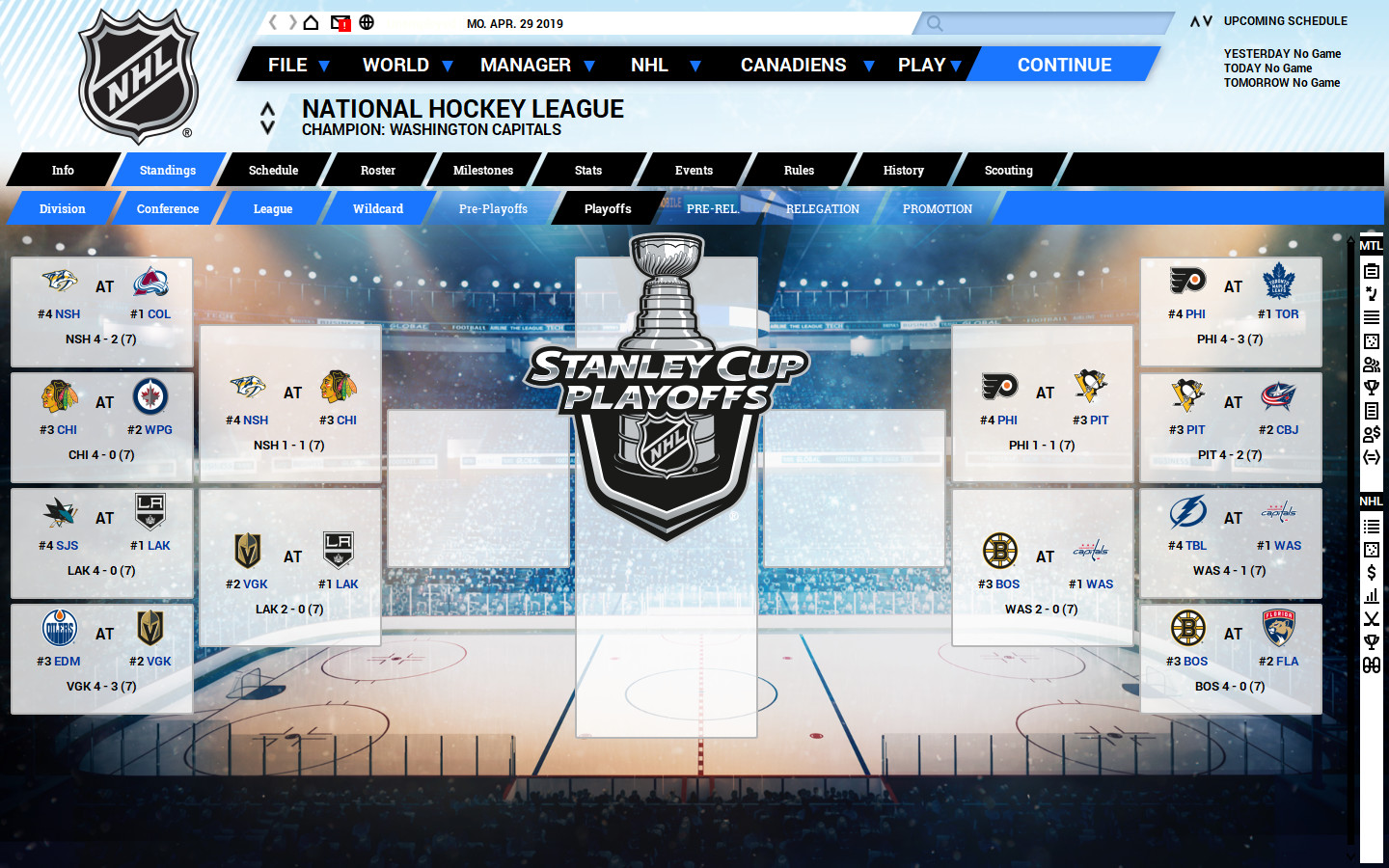