DONTNOD Entertainment brings fans into the studio one last time for a final look at the creative process behind upcoming action-RPG, Vampyr. Dontnod Presents Vampyr – Episode IV: Stories from the Dark reveals yet more exclusive gameplay footage, plus the release date. Also, dive into the story of Vampyr and how the Parisian studio builds a narrative with the player at the center. The four-part webseries, produced and realized by the video department of Focus Home Interactive, is now complete after a month of reveals, with every episode available on YouTube.

In Episode IV: Stories from the Dark, DONTNOD explain what makes videogames unique compared to other storytelling mediums, as well as their signature approach to narrative. As Narrative Director Stéphane Beauverger explains, the player is often occupied with Vampyr’s intricate gameplay systems. Because of this, the exploration, investigations, citizen encounters, combat and hard-hitting choices are all fundamentally intertwined with the game’s narrative. Game Director Philippe Moreau elaborates, saying that the relationship between a player and their character, as well as the direct feeling of control, is unique to games and something he has worked to make special in Vampyr.

In doing so, DONTNOD liken it to theatre, creating a close relationship between actor and spectator that’s more effective and powerful than any film or TV show. Total immersion is the goal, and this episode also highlights how the studio has used motion capture to make the cast of Vampyr that much more human. Subtleties of facial animation can be recreated and combined with the fantastic music, characters, and creatures of the game to produce a living, breathing 1918 London. It’s then up to you who survives it.

Vampyr releases on PlayStation 4, Xbox One and PC.

Join DONTNOD Entertainment in their studio once again, for another look into the Parisian studio’s signature creative process behind their upcoming action-RPG, Vampyr. Dontnod Presents Vampyr – Episode III: Human After All introduces more exclusive gameplay footage, while focusing on the citizens of London and how each individual has been hand-crafted to feel as human as possible. This is the penultimate episode of this four-part webseries, produced and realized by the video department of Focus Home Interactive, with the final episode releasing next Thursday.

In Episode III: Human After All, DONTNOD reveals how integral each district’s citizens are, both in terms of gameplay and narrative. Players will need to gain XP for Jonathan Reid to evolve new powers and grow stronger, but the most lucrative way to earn this is not through quests or defeating enemies in battle. Instead, the most effective way to get stronger is by killing and feeding on the various citizens living within the game’s four districts. Players are able to increase the XP earned from each citizen by curing their illnesses and gaining more insight into their lives and emotions – but the price can be a heavy burden to bear.

As explained by Stéphane Beauverger, Vampyr’s narrative director, players will hear the dying thoughts of every citizen they choose to sacrifice. This gives a bittersweet poignancy to every death, as DONTNOD wants players consider to these citizens not as nameless blood bags, but as individual lives lived, complete with loved ones and a rich history. In addition, each dead citizen will erode the status of the district they belonged to; too many deaths will result in the population evacuating the area and causing them to be overrun by Skals – and worse.

DONTNOD Presents Vampyr – Episode III is available to watch today, with the final 5-minute episode to be released next Thursday, February 8th. For more information, visit the recently-relaunched Vampyr website.

Vampyr releases Spring 2018 on PlayStation 4, Xbox One, and PC.

DONTNOD Entertainment invites fans to their studio for a second time, further revealing the creative process behind their upcoming action-RPG, Vampyr. Dontnod Presents Vampyr – Episode 2: Architects of the Obscure unveils more exclusive gameplay footage, while the creative team delves into the visuals and music that bring 1918 London to life. Two more episodes of this four-part webseries, produced and realized by the video department of Focus Home Interactive, will release weekly each Thursday.

In Episode 2: Architects of the Obscure, DONTNOD reveals the areas of London that you will explore and impact during your time in Vampyr. Each of the four districts has its own distinct style and groups of citizens, which can flourish or perish depending on your actions. Whitechapel and the Docks are ravaged by poverty and crime, while the West End benefits from a wealthier population – and is the district of choice for Ekons plotting in the shadows. Pembroke Hospital gives Dr. Reid the opportunity to put his medicinal skills to great effect, while tempting the doctor-turned-vampire with helpless citizens that hold him in a position of trust.

This latest episode also introduces the music of Vampyr, including insight from composer Olivier Deriviere. He discusses how he developed the game’s original score with consideration for its unique setting and atmosphere, as well as how the inner dilemma Jonathan faces translates into the music. Eric-Maria Couturier, of the Paris Ensemble InterContemporain, drives Vampyr’s soundtrack as solo cellist, and here offers an exclusive performance that showcases his unique style.

Vampyr releases Spring 2018 on PlayStation 4, Xbox One and PC.

DONTNOD Entertainment, developers of Vampyr, invites fans to their studio for a first look into the creative process behind their upcoming action-RPG. In the premier episode of this original, weekly four-part web series, created and produced by the video department of Focus Home Interactive, DONTNOD unveils exclusive gameplay footage while delving into their signature approach and reasoning behind putting players in the role of a predator. The three following webseries’ episodes will release weekly every Thursday.

In Episode I: Making Monsters, DONTNOD gives more information about Jonathan Reid, the doctor-turned-vampire that players will step into the shoes of in Vampyr. Freshly turned, Reid’s ‘condition’ unveils a dark new reality, thrusting him into a once-hidden society of wretched creatures like himself. Ancient Ekons plot from the shadows, terrifying Vulkods prowl the streets at night, and cursed Skals hide in the darkest places of the city.

Vampyr is set in 1918 London, with the city weakened by the recent World War I and ravaged by the Spanish Flu. This setting makes up an important part of Vampyr’s identity. DONTNOD will make players feel the duality that torments Dr. Jonathan Reid, giving them the freedom to choose whom to sacrifice and whom to save. Every killing has consequences, and it’s up to players to balance their need to feed and grow stronger, with the rapidly deteriorating city of London.

Vampyr releases Spring 2018 on PlayStation 4, Xbox One and PC. 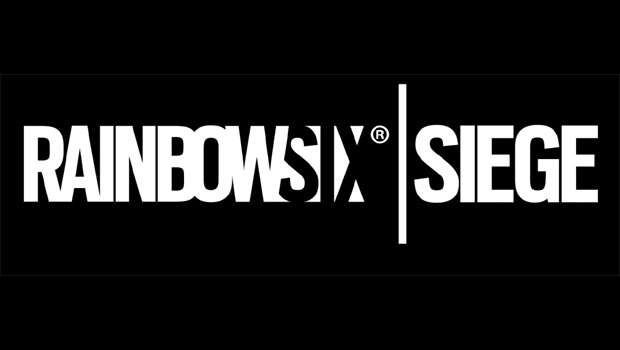 Rainbow is an elite team composed of members of the best Special Forces units from around the globe. In this new episode of “Inside Rainbow,” we’re telling you more about the FBI SWAT operators and their specific Siege ability.

Inspired by the reality of counter terrorist operatives across the world, Rainbow Six Siege invites players to master the art of destruction. Intense close quarters confrontations, high lethality, tactics, team play, and tension are at the center of the experience.

Rainbow is an elite team composed of members of the best special forces units from around the globe. In the first episode of “Inside Rainbow” we invite you to learn more about the British Counter Terrorism Unit and its operators.

Tom Clancy’s Rainbow Six Siege will be available this fall for the Playstation 4, Xbox One and PC.

Inspired by the reality of counter terrorist operatives across the world, Rainbow Six Siege invites players to master the art of destruction. Intense close quarters confrontations, high lethality, tactics, team play, and tension are at the center of the experience. 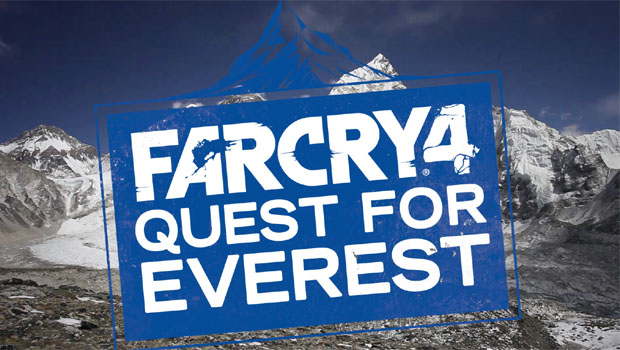 Ubisoft has released the final trailer in its Quest for Everest contest video series. This is the fifth video of a five part series.

In this video, Quest for Everest contest winner, Will Cruz, descents from base camp on Mount Everest to the jungle of Bharatpur where he’s met with warmer temperatures and miles of lush, green vegetation. Join as he rides an elephant and discovers countless variety of beautiful plants, exotic wildlife and the native culture on an unforgettable safari.

As Will’s trip comes to a close, he reflects on the most memorable moments that made his expedition a truly profound experience and shares his new outlook on life.

Ubisoft has released the fourth trailer in its Quest for Everest contest series. This is the fourth video of a five part series.

In this video, watch as contest winner Will Cruz attempts to break the Guinness World Record for playing a video game at the highest altitude on land. In this video you’ll see the amount of equipment it took to make this attempt possible, as well as the team of people involved who helped carry the gear on the trek as well as set it up. From enduring a two-day storm and the windy environment, Will finally plays Far Cry 4 in the most epic way possible – while the sun sets on Mount Everest in the distance.

To follow Will on his journey to Mount Everest Base Camp: www.FarCryGame.com/QuestforEverest 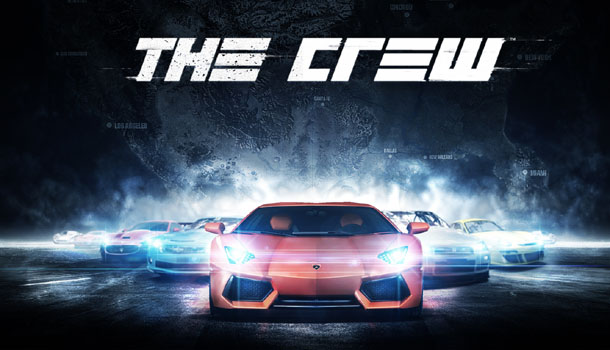 Welcome to the third and final installment of the “On the Road with The Crew” series.

Exploring the lush, varied landscapes of the U.S. and racing in a world inhabited by thousands of other drivers require three things for one to be successful: performance, adaptation, and style. In The Crew, all three work in perfect harmony, as each driver strives to harness every ounce of power, negotiate every terrain, and turn every head with their car. Take an in-depth look into an action-driving experience where every driver has the potential to customize, stand out and win out in the world of The Crew.

The Crew will be available on December 2, 2014 for the Xbox One, PlayStation 4, Xbox 360 and PC platforms. Visit www.thecrewgame.com for more information!