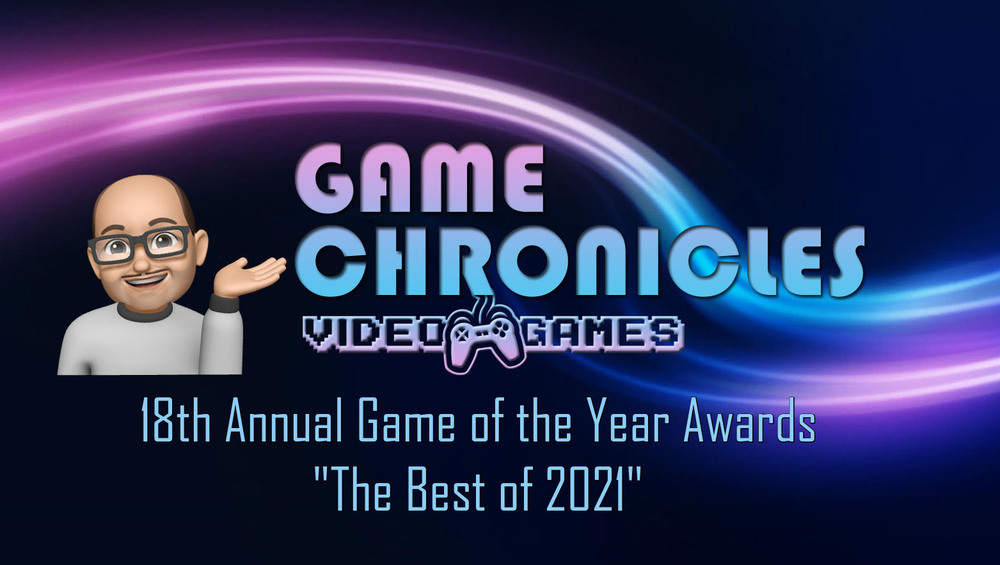 Welcome to our 18th Annual Game of the Year Awards where we celebrate the best games of 2021.  Considering everything going on in the world it has been an exceptional year for gaming; especially indie gaming across multiple platforms.  There were some amazing new games out for the new consoles if you were lucky enough to get one and PC gaming surged to all-new heights.  We reviewed over 230 games in 2021 and 30 of those were good enough to earn nominations for our Game of the Year Awards.

As with our past awards lists, we’ll be keeping things simple with a summary of the top ten games spanning multiple systems and genres, along with a few specific shout-outs for Best VR games and Best Remake/Remaster games. We’re also including some Honorable Mentions for those games that just missed the cutoff.

10. Returnal (PS5) – Housemarque makes some of the best shooters out there and this time they’ve put their unique bullet-hell signature on a classic third-person roguelike that delivers all the frustration and difficulty of a “Souls game” with the addictive combat of a multi-weapon, waved-based shooter combined with otherworldly exploration and an unfolding mystery where each death brings new hope and challenges.  Returnal is still be refined months after launch, making it even more fun to play today.

9. Inscryption (PC) – Even if you think you don’t like card and deckbuilding games, Inscryption is about to change all that. The rules are simple in this increasingly complex, thoughtful, and challenging turn-based card combat game. A unique art style with dark ink designs really brings this game together. The less you know going in, the more fun you’ll have discovering all the wonders that await in Inscryption.

8. Resident Evil VIIlage (PC/Xbox/PS5) – This latest installment in the franchise picks up where the previous game left off, with a franchise shift in focus from zombies to vampires, werewolves, and other horrifying creatures of European lore, all set in a giant gothic castle and surrounding village. Breathtaking visuals and chilling audio help to tell this twisted tale and usher Resident Evil into the next generation of gaming.

7. HALO Infinite (PC/Xbox) – Even after a year-long delay Halo still released in an unfinished state, but it was still good enough to make it into the top ten. While it is still missing plenty of expected features in both single and multiplayer there is enough amazing content available to keep everyone glued to their console/PC until those features eventually arrive. With its epic open-world campaign mode and thrilling online competition, expect this to be the foundation for the next decade of HALO.

6. Kena: Bridge of Spirits (PC/PS5) – Are you ready to play your very own Pixar movie? This story-driven, action-adventure will have you exploring a wondrous world of imaginative creature and character designs while using your growing powers and abilities to save the world. A visual stunner that is as fun to watch as it is to play.

5. It Takes Two (PC/PS4/Xbox) – Personally, this was one of my favorite games of the year, but it’s hard for a co-op only game to achieve top honors, even when what makes that game great is its cooperative elements. This game is massive; almost too big, with so many chapters and levels that pretty much cover every game genre and design theme. The constantly changing gameplay kept things fresh and entertaining despite having two of the most unlikeable characters in video game history.

4. Psychonauts 2 (PC/PS4/Xbox) – Normally when we wait this long for a sequel we are usually disappointed, but Double Fine defied the odds and released one of the most original, bizarre, and delightfully entertaining adventures of the year. You won’t even need to play the games leading up to this one…but you’ll want to.

3. Marvel’s Guardians of the Galaxy (PC/Xbox/PS5) – After the abysmal Avengers game things were looking bleak for Marvel games, but Eidos Montreal has delivered an iconic action-adventure game that is held together with brilliant character design and interactions, and one of the best and engaging stories of 2021. Next-gen graphics and an unbeatable soundtrack make this game an instant classic.

2. Ratchet & Clank Rift Apart (PS5) – Insomniac Games showed everyone what was possible when you leave the last-gen behind and develop exclusively for the latest hardware. Making maximum use of every new feature of the PS5, this stunning action-combat, platforming, adventure is easily one of the best games you can play on the new console.

1. Forza Horizon 5 (Xbox/PC) – The race for the top spot was fast and furious, but this next-gen racing game truly showed us what the Xbox Series consoles could do, and it was even better on PC. With its massive open world spanning numerous environments and real-time weather, blistering framerate, and countless hours of content for both solo and online play, this is a game you will be playing well into 2022.

3. Resident Evil 4 VR (Quest 2) – Arguably, one of the best installments in the Resident Evil franchise, Resident Evil 4 has been given a complete redesign for VR. If you thought saving the President’s daughter was tough in 2D, wait until you actually become Leon Kennedy and immerse yourself in this thrilling survival horror adventure.

2. Ragnarock (Rift/Vive/Index) – While Beat Saber remains a classic for VR music games, nothing can prepare you for the sheer insanity and joy you’ll experience as you beat your drums to a crazy assortment of Viking heavy metal and pirate shanties. Your drumming skills directly power your Viking longboat as you surge ahead for maximum distance in solo play or race other drummers in online PvP. Easily one of the best music VR games out there with an amazing collection of songs and addictive progression.

1. Lone Echo II (Rift S) – Lone Echo is one of my top three VR games of all-time and this amazing sequel lived up to every last expectation I had. Pushing the limits of PC-powered VR, this epic space adventure mixes exploration, collection, and puzzle-solving with an engaging narrative that explores the relationship between a woman and her robot companion. A must-play for anyone with an Oculus Rift.

3. Mass Effect Legendary Edition PC/PS4/Xbox) – Remastered for a new generation of gamers, or maybe you just want to relive your past in 4K, you can now enjoy all three games in the epic Mass Effect saga with all of the DLC content and promotional items all bundled into one glorious package.

2. Alan Wake Remastered (PC/PS5/Xbox) – This classic action thriller has finally gotten the remaster it deserves. Join Alan as he searches for his missing wife in the terrifying Pacific Northwest. With updated visuals including enhanced lighting and shadows, the powers of light and dark have never been this spooky.

1. The Yakuza Remastered Collection (PC/PS4/Xbox) – Not only do you get spectacular remastered editions of Yakuza 3, 4 and 5, you also get restored content and smooth 60fps gameplay and updated localization. A great bundle for newcomers to the franchise and a worthy double-dip for those ready to experience the Kamurocho nightlife all over again.

With two next-gen gaming consoles slowly trickling into gamers’ hands and all new PC hardware there is a lot to look forward to in 2022 with games like God of War: Raganarok, Horizon Forbidden West, Elden Ring, Dying Light 2, Senua’s Saga: Hellblade 2, Sifu, Legend of Zelda Breath of the Wild 2, Starfield, Gran Turismo 7, Hogwartz, Forspoken, Ghostwire, Deadspace Remake, Stalker 2, Splinter Cell Remake and so many, many other titles it’s going to be a busy year ahead for gamers and nearly impossible to pick a favorite, but here we go… Our pick for most anticipated title of 2022 is… 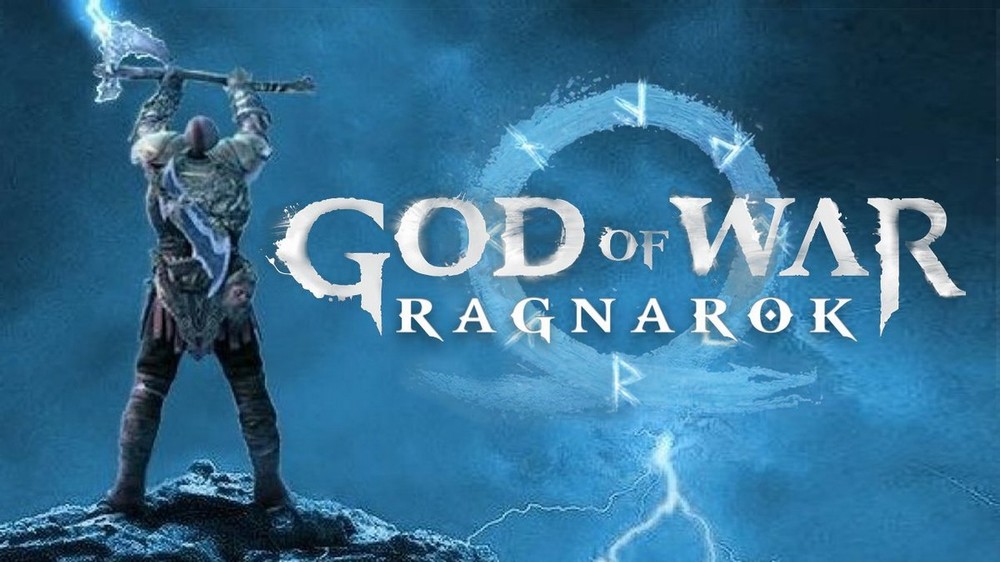 That pretty much wraps up our picks for the best of 2021 and what we’re looking forward to in 2022. There were so many awesome video games this year and so much to look forward to next, and we’ll be here to cover it all. Stick with us for all the latest news, trailers, reviews, live shows, and more.