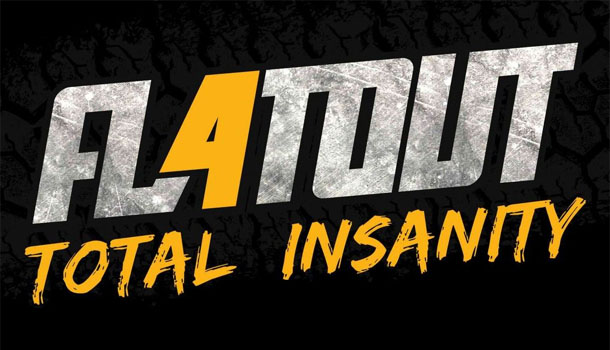 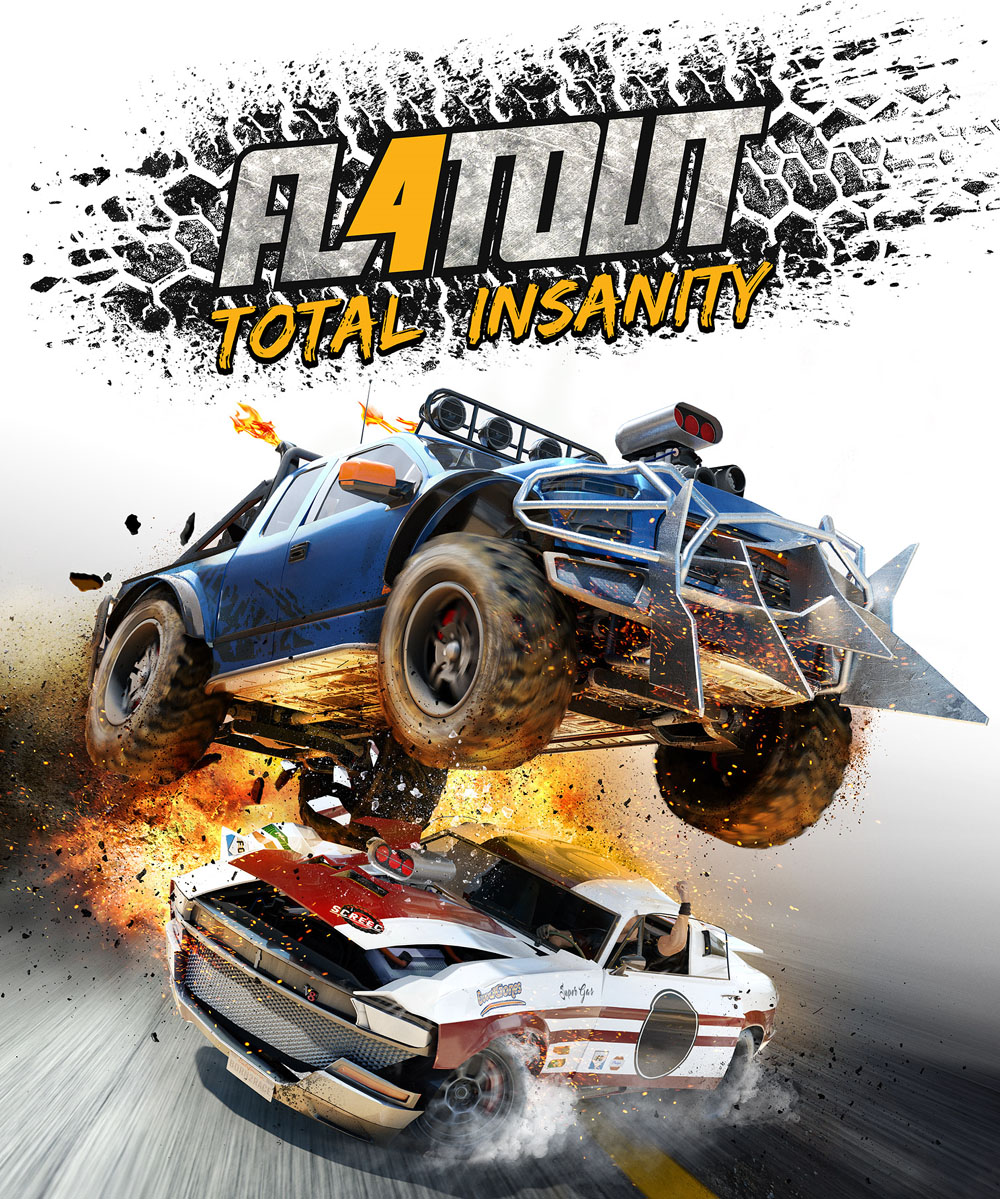 Gamers will soon peel out of starting line as Strategy First proudly reveals FlatOut 4®: Total Insanity for Steam in development by Kylotonn Games. Fans of the legendary FlatOut racing series will experience demolition derby-style racing at its best with the Steam version enhanced to take advantage of the platform’s special features. FlatOut 4®: Total Insanity is set to release worldwide on Steam in April 2017.

We had the chance to talk about this exciting new racing game with Alexandre Assier, Producer at Kylotonn Games, and Emanuel Wall, Director at Strategy First Inc. and get some cool info about this next-gen sequel to one of our favorite racing franchises.

Q: Thank you for your time. Please get us started by introducing yourself and telling us about the team working on FlatOut 4. Any Bugbear veterans on the team?

A: (Alex Assier) It’s a pleasure to speak about this new FlatOut game. I’m Alexandre Assier, Producer at Kylotonn Games for FlatOut. I’ve been working in the game video game industry for 16 years. I have worked on a variety of types of games and platforms but my primary focus is and has always been on racing games for consoles. It’s my passion and the passion of Kylotonn. No one on our team is associated with any other studios.

It’s an honor though to take up the mantle on the franchise. We are looking to make our mark where people will refer to us as doing something great with the latest iteration of FlatOut.

Q: FlatOut fans (at least on the PC) have been closely following the ongoing development of Next Car Game/Wreckfest. Where, how, or does FlatOut 4 fit into what is really the only other demolition derby racing game for PC?

A: (Alex Assier) There is certainly enough room for both games. If you like Next Car Game Wreckfest. I am sure you will also like FlatOut 4: Total Insanity. Our game is different from theirs but keeps to the spirit of FlatOut 2 along with something new. While we think what Bugbear is doing with their new game is great, it’s been a big departure from where they came from with FlatOut. Wreckfest has swung quite far towards the realm of simulation. Which makes sense of course with their technology. However, FlatOut isn’t a sim. It’s a brand that is something altogether different and unique and never takes itself too seriously. This is pure entertainment – we push fun and humor, eject your drivers through the windshield, smash your rocket powered ice cream van into your opponent, surprise your buddy with a bowling ball barreling down the road to threaten his lead! Not the same approach, not the same game. 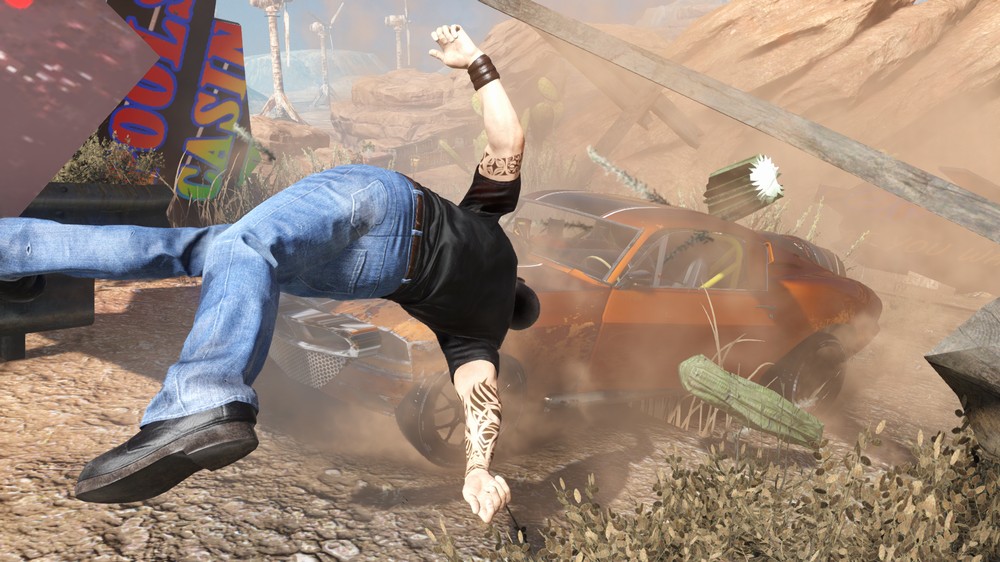 Q: Is there going to be any structured single-player career/campaign mode?

A: (Alex Assier) Yes, FlatOut has both career mode for single player, and multiplayer mode for playing with your friends. The single-player campaign is tournament style with medals required to progress. The campaign features a variety of styles of races and arenas.

Q: There is an impressive amount of content in FlatOut 4. Please explain a bit about how this will be “unlocked” and how much is available when you first start the game.

A: (Alex Assier) Yes, we tried to fill the game with as much content as possible. All will be unlocked during the Career and FlatOut Mode. Race wins will provide you with cash to unlock cars and upgrades. Progression with unlock tiers of cars – players will start out with derby vehicles and later unlock classic and All – Star vehicles as they progress. As you play through Career and FlatOut mode, the various Stunts and Arena challenges will unlock as well as new environments and race tracks.

Q: Can you breakdown the new Assault Mode for us? What kind of weapons can we expect? Any countermeasures like smoke, oil slick, mines, armor upgrades?

A: (Alex Assier) Yes, this is an area of the game we are particularly excited to unveil! You will have a variety of tools in your arsenal: A big mine that you can toss forward or backward from your car with targeting; a magnetic bomb to trap your opponents; a shockwave from your car to repel cars around you and the ability to set harrows coming from the ground to stop the car behind you. This is particularly fun of course in multiplayer mode with your buddies! 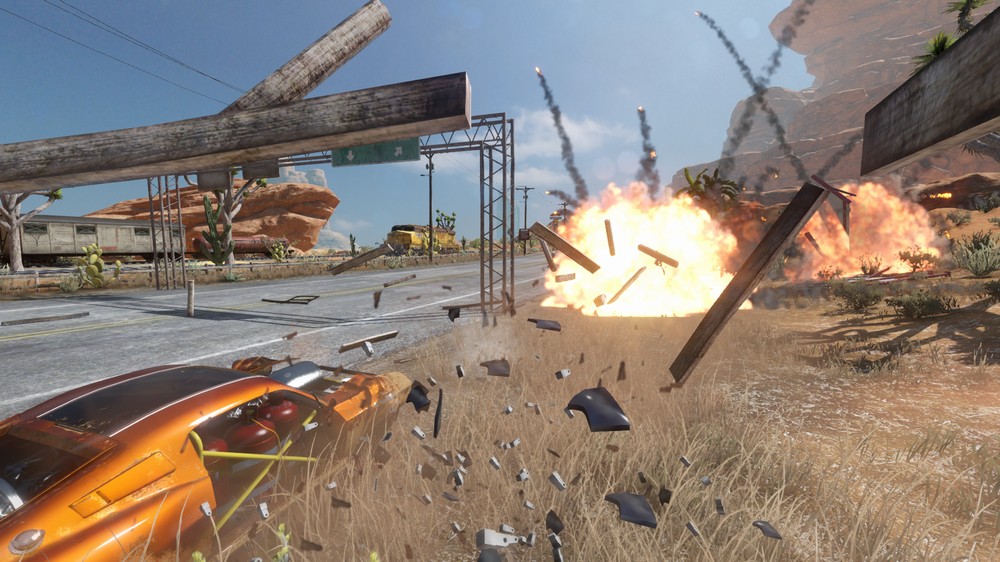 Q: Just how destructible are the new environments? Will the track and racing routes evolve from lap to lap?

A: (Alex Assier) This is of course an important feature players expect from FlatOut! Yes, because by destroying parts of the environment, you will find shortcuts. We put a lot of effort into providing a variety of paths to get around a track—this isn’t after all a track racer. These are non-traditional racing tracks – street racing and smashing through forests for example. Moreover, you will experience more danger on the road with all the destructible objects in your way.

Q: FlatOut is all about the epic collisions. Will there be any in-game tools for saving/editing replay footage or sharing clips online?

A: (Alex Assier) No, we use the console manufactures tools to allow for capture and video sharing.

Q: Rocket League has seen considerable success with post-release car DLC. Any plans for continued expansion with new cars or tracks and also, any plans for cross-platform multiplayer, at least between console and PC?

A: (Alex Assier) While we’d prefer to focus our comments right now on the core game, we do indeed have expansion plans already underway with post launch DLC for both console and PC! 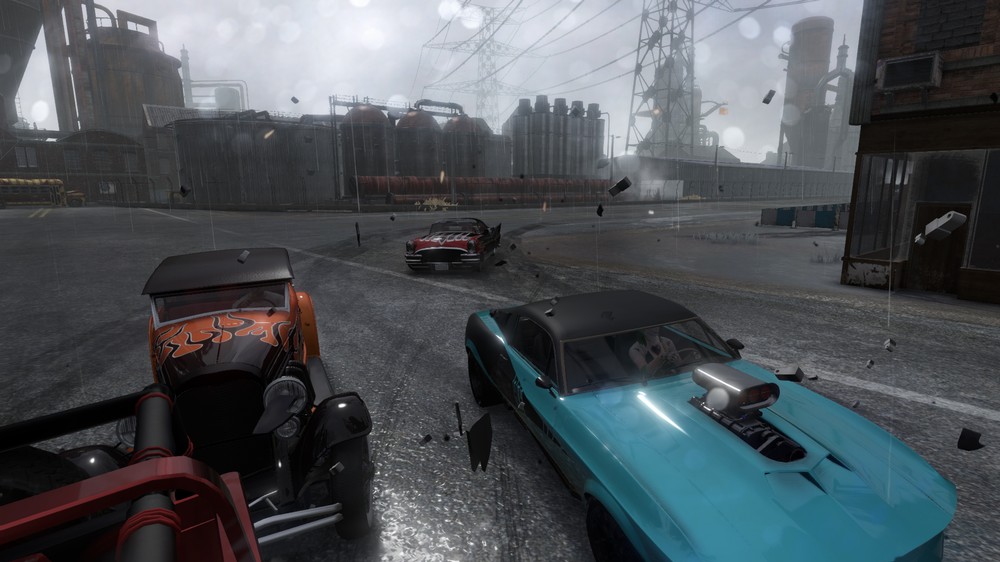 Q: Will there be Steam Workshop support or a track-editor available so the community can create their own content?

A: (Alex Assier) Kylotonn and Strategy First are dedicated to FlatOut 4: Total Insanity and to taking advantage of all of the great opportunities available on Steam. We have a lot in store for Steam and will be able to share more announcements on this soon…

Q: What can we expect from the “thumping indie soundtrack” in the way of artists and genres of music? Will the OST be offered as DLC or part of a deluxe package.

A: (Emanuel Wall) Yes, we’re really proud of the soundtrack we’ve managed to assemble which is full of amazing indie bands from all over the world. I like Mad Parish who are a six-piece Heavy Metal Band. The Mad Parish songs encouraged me to be a little more aggressive while racing. We have a lot of metal and hard rock songs, and some tracks outside of that genre, such as The Gutter Demons, Twin Atlantic, Dead Glitter, and Bad Things. We even decided to throw in a SKA song by the Planet Smashers.

We also have some cool plans for the OST that I think people will like. Stay tuned!

Q: For our tech-gamers out there… Will FlatOut 4 make specific use of the PS4 Pro’s extra HP or just rely on the “boost mode”? Any support for HDR on either PS4 or XB1s? Are you targeting 60fps across all formats?

A: (Alex Assier) We use it as a boost mode for the resolution and general rendering of the game. We are not at 60 FPS, but its close enough to have a solid and smooth experience. 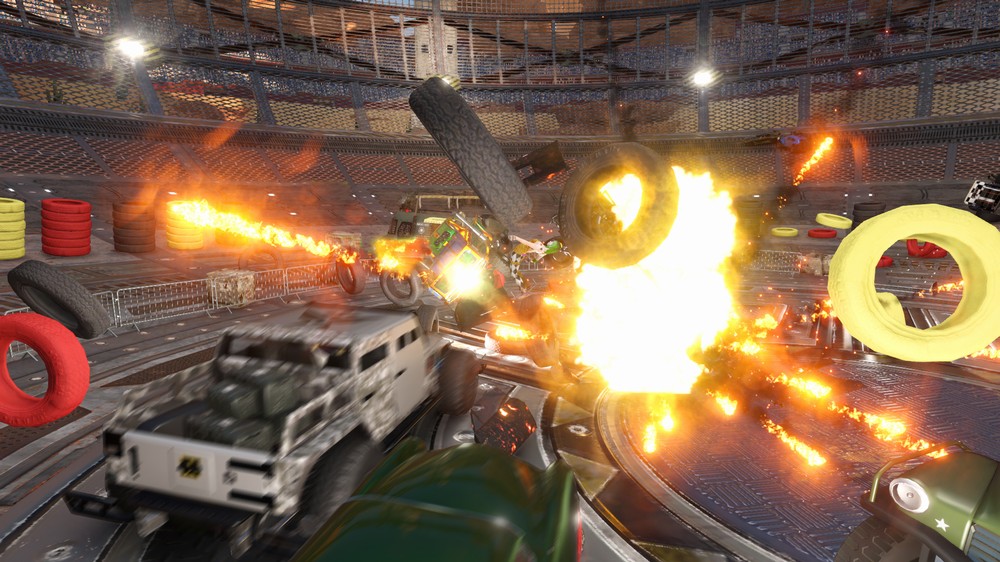 Q: Thanks for taking the time to answer our questions. In closing, is there any special about FlatOut 4: Total Insanity that we may have overlooked that you would like to share.

A: (Alex Assier) All the team has worked hard on FlatOut 4 and we hope that you will enjoy it as much as we’ve enjoyed creating it!

FlatOut 4®: Total Insanity will be available for purchase on Steam/PC in April 2017.