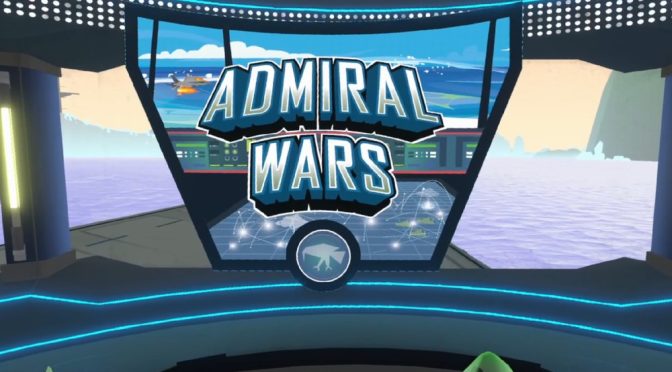 Developer DB Creations is excited to announce its latest title Admiral Wars, a VR Naval Combat Game that lets players issue commands from the bridge in head-to-head warfare. The Multiplayer Alpha for the game is launching for Meta Quest 1 and 2 via Quest App Lab and SideQuest on the 24th of February. Once launched, the team will be working with the community to integrate their feedback directly into the game through regular updates.

The ships are fueled and armed, and the crew are manning their stations – all that’s left is for the captain to take the helm. In Admiral Wars, players command a fleet of ships from the helm of the flagship. As they issue commands to their vessels from the holo-table, players can watch the chaos of naval battle unfold around them through the windows of their ship. The crew are relying on the player to steer them true. Do they have what it takes to be the greatest tactician on the waves?

Admiral Wars breathes new life into the strategy game genre thanks to the capabilities of VR by putting the player in the middle of the action. It’s not enough to out-maneuver or out-gun opponents, players must also protect their flagship at all costs. One lapse of concentration is all it takes for an opponent’s guns to line up on the flagship – right outside the starboard window, and if that happens, well… as they say, a good captain always goes down with the ship.

Admiral Wars is a VR game for players looking for a brand-new tactical experience that is easy to pick up but difficult to master. Anyone can learn to sail the waves, but it takes an experienced Admiral to conquer them. The game will be launching on Quest App Lab and SideQuest with a VS AI mode, and a 1v1 multiplayer mode, with much more to be added in the future.

Admiral Wars takes inspiration from classic tactics games like Advance Wars and StarCraft. The game features a variety of units inspired by modern navies, but with some modest improvements like bigger guns for bigger booms, naturally. Players command their forces in a battle that they themselves are at the heart of, and every decision has the potential to turn the tides. The commands ordered on the holo-table unfold around the player in real-time, ensuring that every tactical decision has an impact on the battle ahead. Every ship is crucial, and the flagship must be protected to ensure victory.

Co-founder of DB Creations Dustin Kochensparger said, “By putting players in the middle of the action, Admiral Wars delivers a whole new take on strategy gaming, where the battle happens all around you.”

The Admiral Wars Multiplayer Alpha will launch on Quest App Lab and SideQuest stores on February 24th, for free. Excited players can join the DB Creations Discord to stay up to date on the latest info, as well as give feedback and help shape the future of the game.