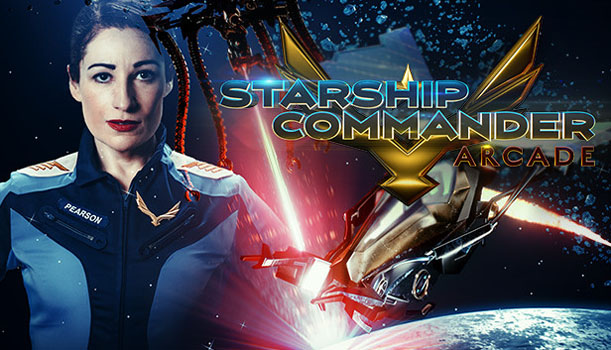 Starship Commander: Arcade reminds me of those VR motion rides they have stuck in the back of Dave & Buster’s arcade; you know the one where there is the attendant wiping out the pink-eye from the VR goggles between rides before the next group of VR-curious gamers climb aboard a hydraulic bench and get  tossed around.  Well, for only $8 you can bring this experience home, hopefully without the pink eye and definitely without the motion control furniture.

I wasn’t quite sure what to expect when I fired up this experience.  I hadn’t read the description or watched a trailer so I was pleasantly surprised to find a rather energetic and innovative VR game that put me in the seat of an experimental space fighter where my only interaction was voice input and the occasional leaning to the left or right.  While this limited amount of input creates a comfortable experience for VR newcomers it also creates a fairly shallow and repetitive experience for those looking for a more substantial game.  Starship Commander: Arcade is in fact a “ride”, admittedly a cool ride for the ten minutes it lasts. 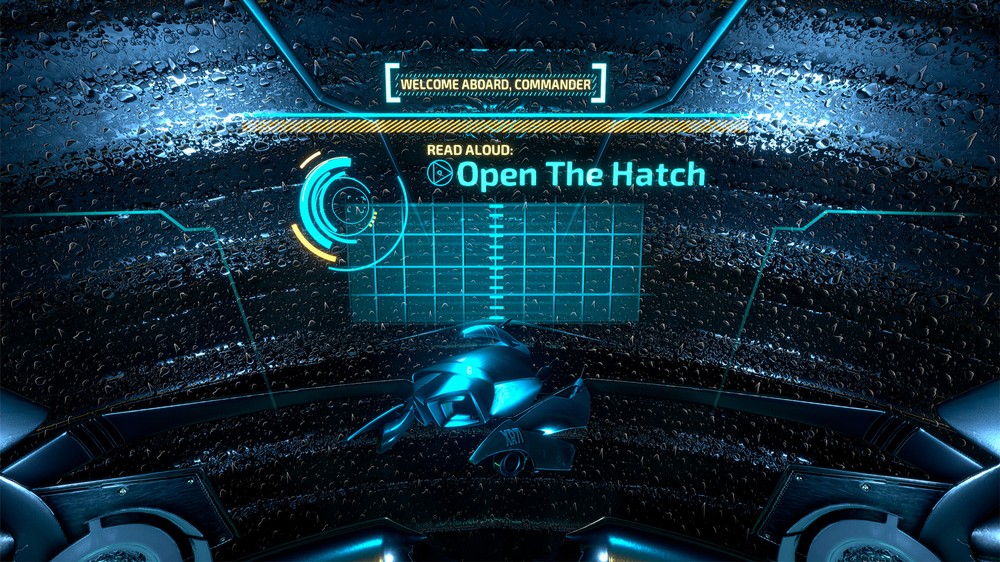 Upon starting the game you’ll find yourself already in the cockpit of a fancy new space fighter and being greeted by your wing-person, Sergeant Sarah Pearson.  Even though she is flying in the ship next to you her interactions seem more like you are talking to the ship’s computer.  She has more of a “mom” vibe like she should be selling car insurance or cell phones on TV, but even more distracting is how much her visual appearance changes between lines of dialogue.  She literally looks to gain/lose 10-20 lbs. between lines of dialogue, quite visibly in the face.  I’m not weight-shaming or anything, but this is a serious continuity problem considering she is the only person in this game and she’s right in your face (or down in the corner) for all of it.  The actual voice acting is acceptable considering the person playing her is VP of business development for Human Interact.  Her performance does get a bit weird later in the game when she is reduced to reactionary shouts and cheers.  Katee Sackhoff would have been great for this part but probably cost too much.

Other than some nice head-tracking for aiming during space combat, nearly all of your interactions with the game are vocal and for most of that the exact words you need to say are right in your face, so there is no floundering with finding the right thing to say; just read the words given to you.  It kind of cheapens the experience.  You are given the choice early on to ask about your “mission”, your “ship”, or about “Sarah” for a bit of background fluff.  You also learn early on you must say “computer” before issuing a command to the ship.  This was problematic since the computer seemed to go into listening mode automatically most of the time.  The only other interaction you’ll have is during the second half of the game where you are going down a long tunnel like the 1992 Sega CD game, Sewer Shark.  I was waiting for someone to call me “Dog Meat”.  Near the end of the tunnel run you’ll need to lean left and right to avoid incoming laser fire and once to sideswipe a ship as it tries to pass.  The tunnel ends with you having to get past three closed doors that Sarah will open for you as long as you can give her the codes on the door. 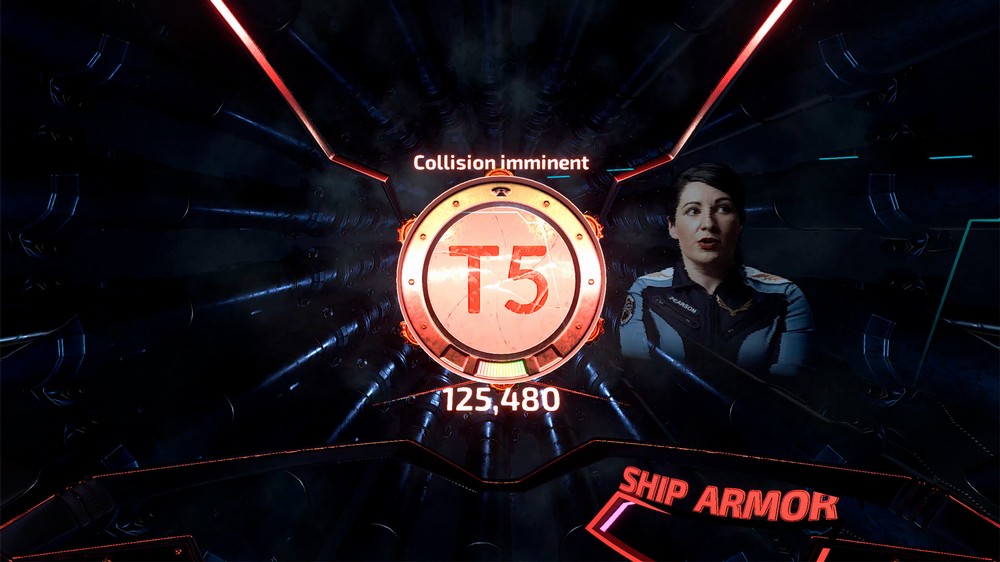 Starship Commander: Arcade is a novelty, an experience that you probably would want to do in an arcade, but for me this was a one-and-done.  Admittedly, I did play it two more times, once to confirm the continuity with the Sarah character and to also try some other verbal inputs with disappointing results.  The third time was to try in non-VR, and even though I picked that option in the pop-up launcher before the game it still loaded on my Oculus anyway.  Supposedly you can play the game on a regular monitor with a mouse and USB mic.

I have a hard time recommending this for $8.  It does come with a free 52-minute documentary that goes behind the scenes with the company and how they developed the tech behind this experience, but when the DLC is five times longer than the core game you have to wonder which is which.  Unless you have a whole bunch of people lined up at your house to experience this and willing to toss you a buck for the privilege you’ll probably want to wait for a sale or skip this entirely.  There are all sorts of warning about public broadcasts, so I didn’t even try to stream it, and finding a gameplay video might be problematic.  There are some good ideas lurking about this tech demo but it is far from becoming a worthy addition to your VR library. 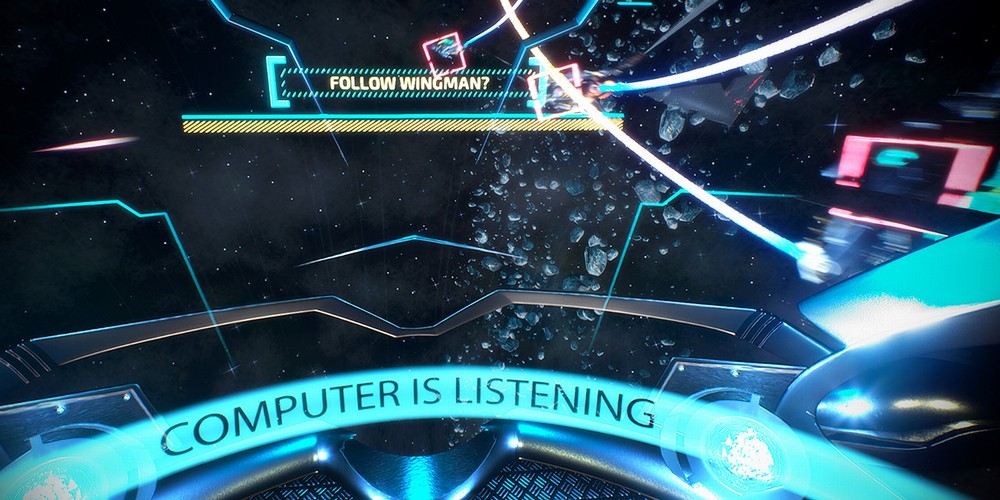