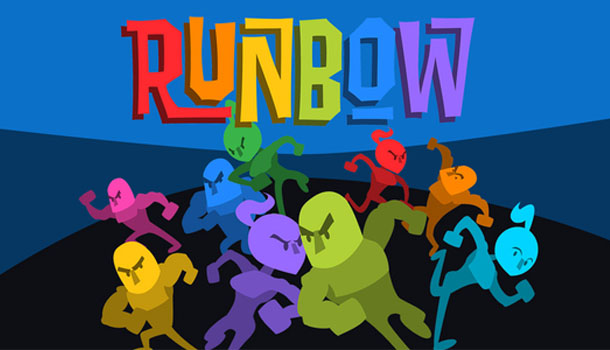 When the fledgling independent Canadian development studio 13AM Games announced to Gamasutra way back in 2014 that their first game was going to be a 9-player online racing game for the Wii U that was “sort of like Mario Kart,” I bet that few Nintendo fans expected anything like what they were eventually presented with Runbow. A unique mashup that combines the concept of a platform game “speedrun” with the white-knuckle multiplayer action of a kart-racing classic, complete with power-ups and attacks, and then setting it all set within a color-changing gameplay mechanic that continuously alters the optimum racing lines every few seconds – Runbow is a beautifully frenetic mess of a game.  Three years after its initial release on the Wii U, Runbow has now been ported to the PS4 for PlayStation fans to enjoy.

Let me start by clarifying a couple of things; while Runbow is technically a racing game, there are NO cars, karts, motorcycles, or vehicles of any kind in Runbow; all racing is performed on-foot, hence the ‘Run” portion of the name.  As I said earlier, it is abundantly clear that the concept for Runbow spawns from the internet phenomenon that gamers have come to know as “speedruns” – those viral videos of people completing the NES version of Die Hard in 7 minutes, Zelda: Ocarina of Time in just under 20 mins or completing Super Mario 64 in just over an hour and a half. 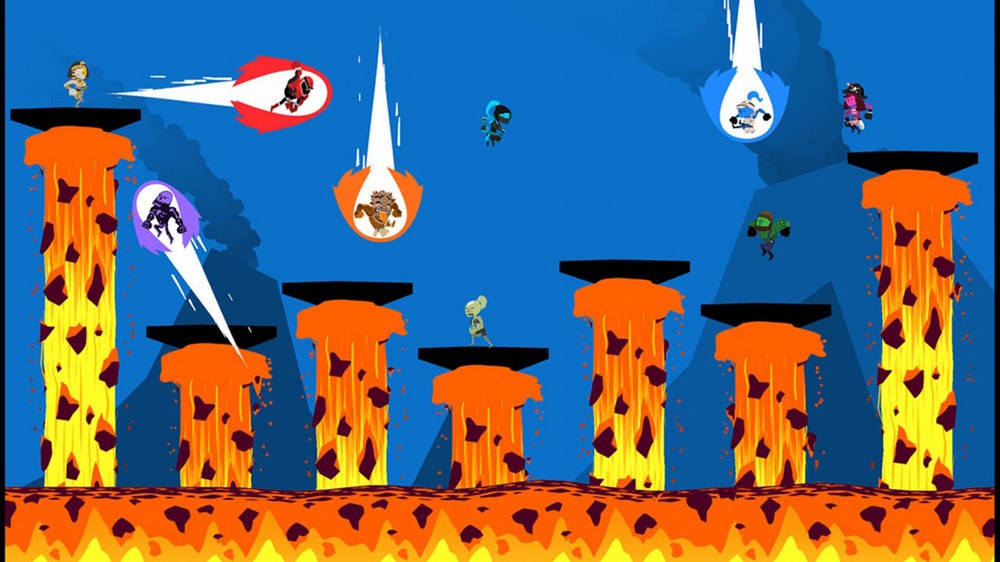 Runbow tasks gamers with getting to the finish line within a level of a side-scrolling platformer in as little time as possible, which is the basis of the race.  Racing can be as simple as one person against the clock, or up to four locally or up to nine online.  Along the way gamers will face the typical platforming obstacles and pitfalls to jump across, as well as a small army of pattern-moving enemies to bop.  The levels are designed to reward gamer precision and fluidity, but with one catch – the color.

Obviously “Runbow” is a play on the word Rainbow, and as such the game incorporates the colors of the rainbow into the gameplay.  This is accomplished by cycling the background color every few seconds, each background color effectively erasing any same-color obstacles on the level.  This means that a path that is appears open during a yellow background may immediately be blocked by a previously unseen yellow door once the background changes to green, yet a path that just had been blocked by a green door now appears to be open.  It is ingenious gameplay addition that really lends to the frenetic nature of this oddball footrace. 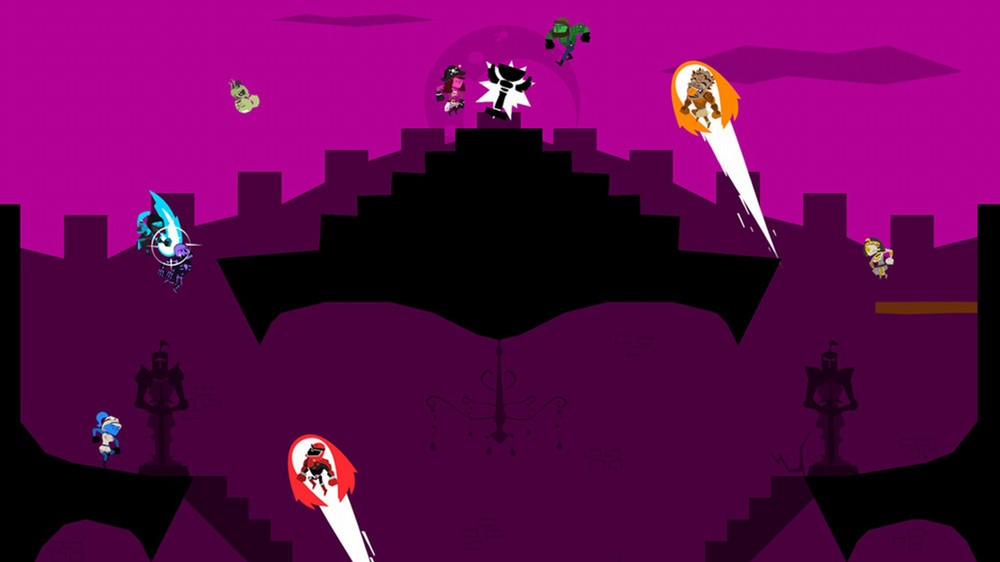 Runbow’s use of power-ups is interesting as they are clearly biased to benefit the runners in the back of the pack – kart racing standards like Super Speed, Super Punch, and Lightning slowdown definitely give a boost to the rearmost racers.  And throwing crazy screen-flipping Camera Inversion and greyscale-changing Greyscale powerups at the leaders definitely requires them to sharpen their focus, but the real kicker is the Swap power-up which immediately swaps the positions of the leader and one of the other racers, which absolutely sucks for the leader but not so much for the racer who just got a sweet boost.

Visually, Runbow is really gorgeous with a midcentury modern cocktail lounge aesthetic similar to that of Pixar’s The Incredibles, but also in a ripped construction paper-meets Rock’em Sock’em Robots (look that one up, kids) kind of vibe.  The music is equally as stylish with a definite early 1960’s mod groove. 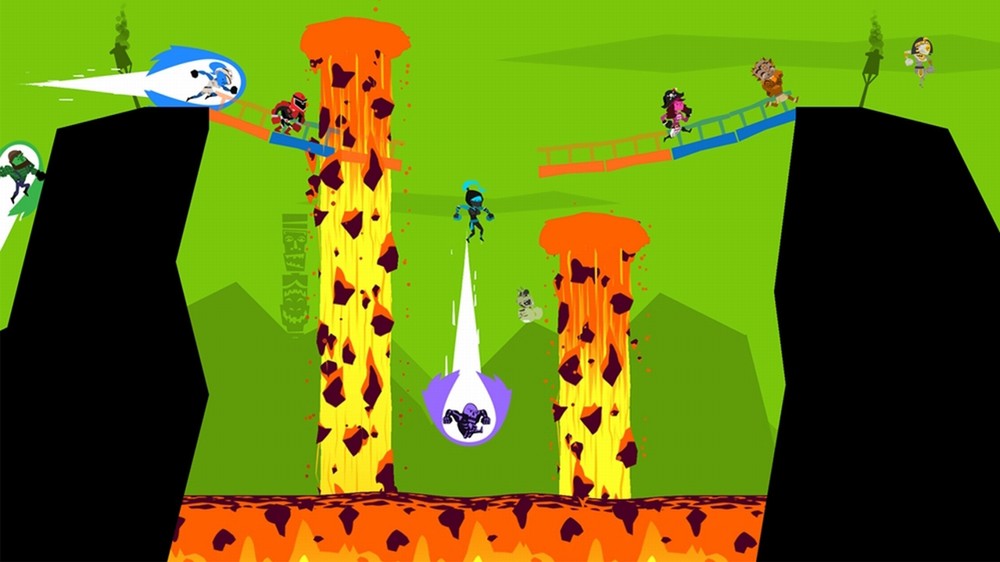 Online play was a bit sparse at the time of this review, but the local racing with the family got to be a bit hectic, if not heated.  In order to fit everyone into the gameplay the camera angle is pulled way back, leaving a lot of unused real estate on the screen and characters that are quite small.  This forced all of us to be shoulder to shoulder in front of the screen, which led to the obvious pushing and shoving (both virtually and in real life), which is really the beauty of this excellent family/party game.

As an added bonus, developer 13AM Games added a bevy of playable characters from some of the best known indie games on the market; Shovel Knight, SteamWorld Dig, Guacamelee!, Bit.Trip Xeodrifter and about a dozen more.  This is an amazing tip of the hat between indie developers, and something we would love to see more of in the future.

Runbow is a uniquely excellent game and is definitely worth taking a look at. 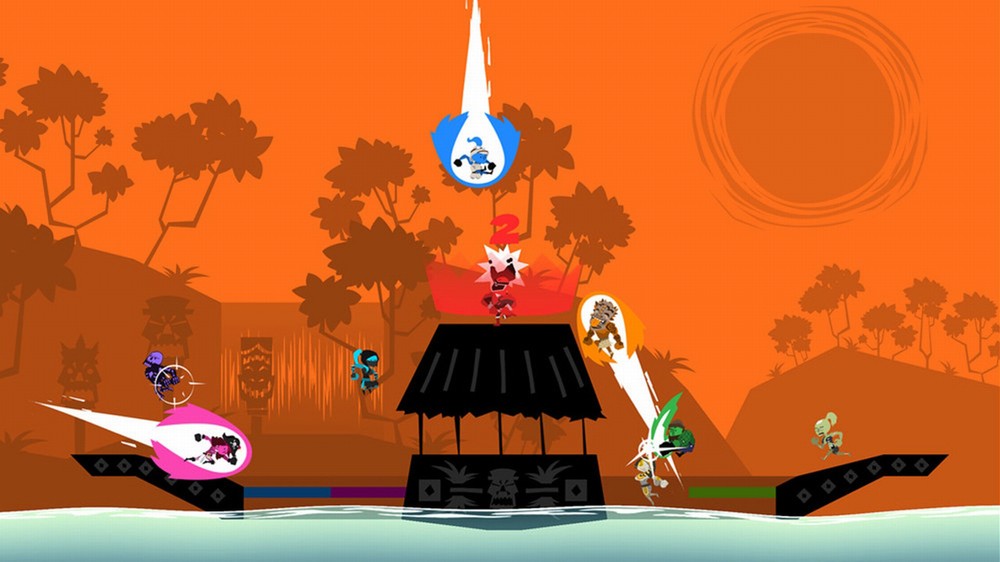 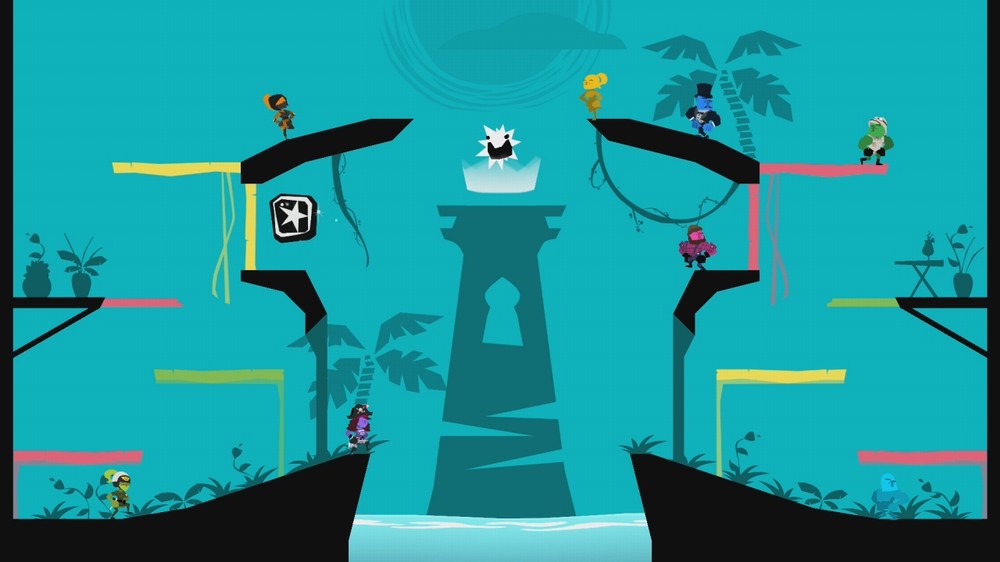 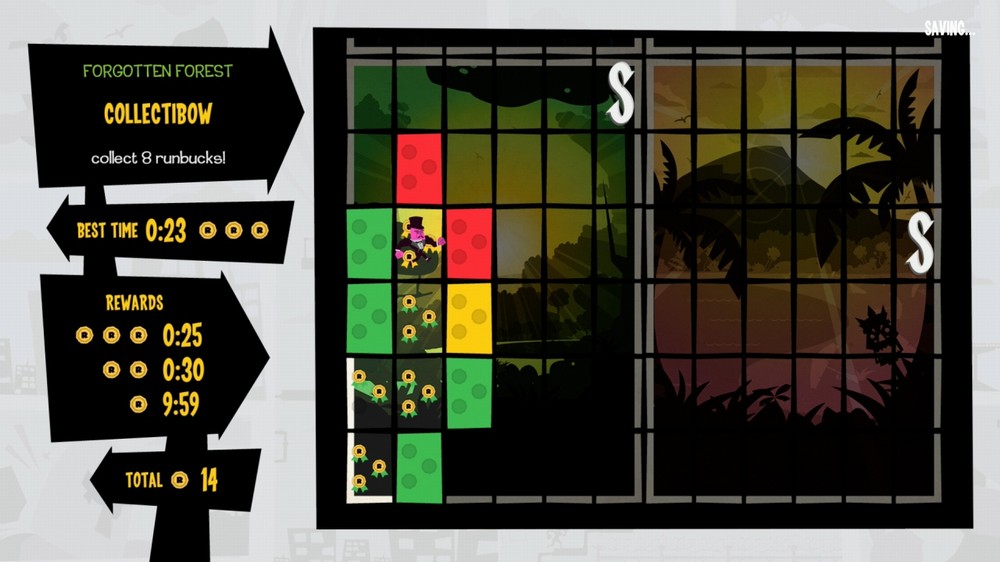