Today Electronic Artsannounced that the official game demo for EA SPORTS UFC is now available for download worldwide on Xbox Live® for Xbox One, the all-in-one games and entertainment system from Microsoft and PSNSM for the PlayStation® 4 computer entertainment system. 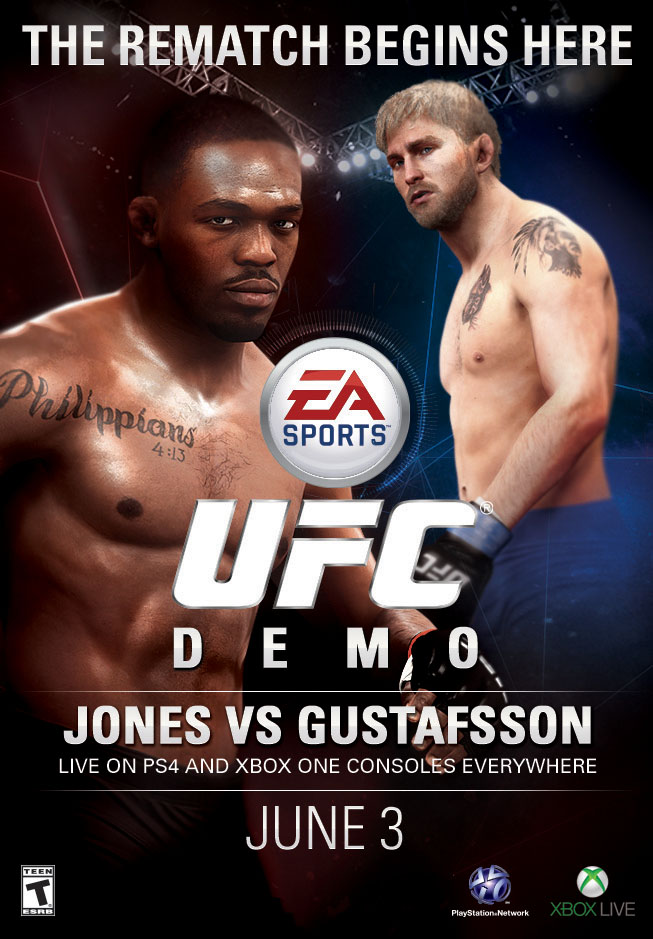 With the demo, you can experience the epic fight that was acknowledged as 2013’s Fight of the Year and enter the Octagon® as either light heavyweight champion Jon “Bones” Jones or his no. 1 contender Alexander “The Mauler” Gustafsson. Re-write history in this virtual rematch and push the two cover athletes to their limits for a maximum of three rounds, or end it all early with your own TKO or submission win.

You will have access to the game’s full tutorial system to learn the basics and nuances of the sport before putting your pride on the line. In addition, EA SPORTS UFC has created a set of tips and tricks outlining the basic mixed martial arts (MMA) moves, equipping you with everything you need to know to gain the upper hand in a fight. Check out the EA SPORTS UFC Tips and Tricks Hub now.

Powered by EA SPORTS IGNITE technology, EA SPORTS UFC is built from the ground up exclusively for the new consoles and captures the human athleticism, physiology and emotion of the athlete like nothing before it. Heralded by USA Today as a “must buy” and by the Telegraph (UK) as “the most visually impressive sports game,” EA SPORTS UFC will be available for the PlayStation 4 and Xbox One on June 17, 2014 in North America and June 20, 2014 in Europe.