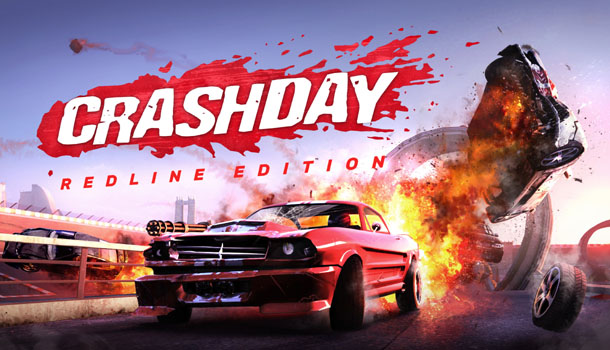 “The community of passionate online players, track builders and modders that the original Crashday built up is extremely impressive and a true testament to the game’s unique cult following,” said Stefan Weyl, Managing Director of 2tainment. “We’re thrilled to work with Moonbyte Games and incorporate the invaluable feedback of still-active players to bring back this beloved classic. Crashday: Redline Edition is a tribute to the fans and we can’t wait for them to experience this true indie thrill ride!”

Crashday: Redline Edition features sophisticated modding support which expands the capabilities of the existing in-game track editor, allowing for new or modified vehicles, custom tracks and track editor building blocks. With full Steam Workshop integration, players are not limited to their own custom created mods; sharing and downloading player-made content is easier than ever before. In fact, more than 100 mods are expected to be available within the first few weeks of the game’s release.

With a rocking heavy metal soundtrack, an arsenal of steel-shredding weapons, all-new power-ups, a realistic damage system and impressive replays that highlight the most spectacular action, Crashday: Redline Edition guarantees adrenaline-loaded fun for die-hard fans of the classic as well as those newly discovering the racing title!

Crashday: Redline Edition features seven modes of over-the-top gameplay. In addition to the traditional Race Mode, players can demonstrate their skills with ridiculous stunts and breathtaking jumps in Stunt Show Mode or get creative by using any means possible to be the last driver standing in the thrilling Wrecking Match. In Hold The Flag, the “flag bearer” must pass through as many checkpoints as possible before getting run down by adversaries. The explosive Pass the Bomb and Bomb Run modes add nail-biting suspense by challenging players to use their skillful driving to avoid detonating deadly bombs. Lastly, players can preview a track and hone their skills in perfect peace without any limitations in the Test Drive Mode.

Crashday: Redline Edition is available for purchase on Steam for $11.99 USD, with a special launch-week discount offered (lowered to $9.99 USD) here: http://store.steampowered.com/app/508980/Crashday_Redline_Edition.