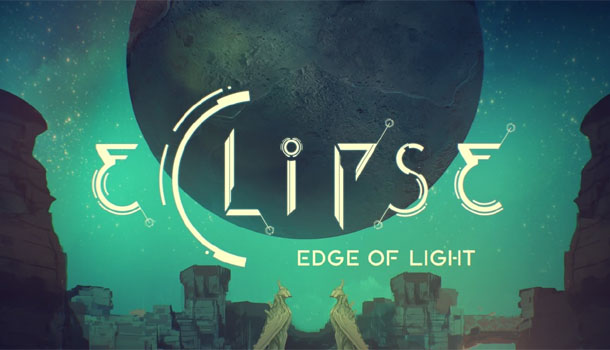 A fantastic adventure set in a unique alien landscape.

Eclipse: Edge of Light is the first significant VR title I’ve played in 2020, and I have to say the year is off to a good start, as this turned out to be a wondrous journey of exploration and discovery perfectly suited to VR. Your adventure begins shortly after you crash on an alien planet and almost immediately become the proud owner of a powerful relic; an Artifact that can be tossed around boomerang-style to activate switches, smash machinery, and destroy countless pieces of pottery and sculptures that are quickly turned to dust and collected within the sphere.

The controls and interface are simple. You’ll see your virtual arms and hands, one with the orb in it, and you can also have an optional helmet display that is more for comfort and performance than functionality. The right trigger will throw the ball when making a throwing motion and releasing the trigger and there is a nice magnetic attraction to most targets so you only have to get close with your aim. The left trigger activates your jetpack, which feels outstanding in this game. A fuel meter pops up when in use so you know when you can trigger another burst, and special plants release spores that can refuel your pack in mid-flight for extended flight sequences. You’ll also acquire some telekinetic powers where certain gold/yellow items can be levitated and moved around to solve various puzzles or just clear a path. 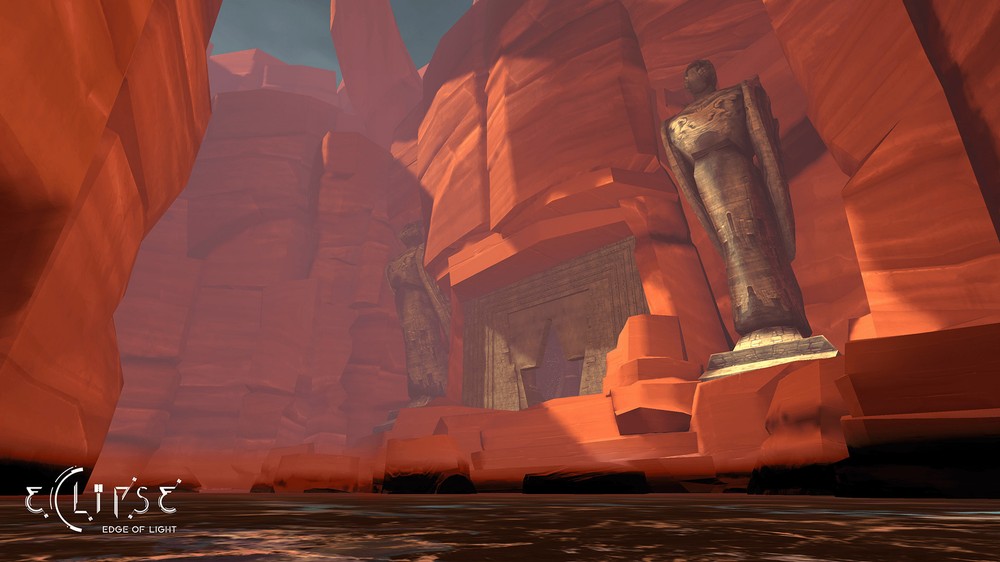 Eclipse: Edge of Light only has a few of what I would call, “actual puzzles”, and none of them are terribly difficult. Most of my excitement came in navigating a rather simple maze with walls and ceilings trying to crush me, and there was this one section where I had to jump across these sets of giant pipes to get across a bottomless pit. The added immersion of VR and my own natural fear of heights really had my stomach in knots. But my favorite part of the game was this extended river raft adventure where you are gently floating down this canyon river making periodic stops to solve various puzzles to keep going.

In additional to smashing anything with a blue glow there are also other items that will be highlighted during your exploration. You can scan these by pressing the trigger then moving your head up and down to complete a 100% scan of the item to reveal a detail about that object or the next part of the ongoing story that is slowly dished out one sentence at a time with each scanned item.   My only minor issue with all of this is that there doesn’t seem to be any penalties for missing anything.   If you miss a scan you might not get the entire history of what happened on this planet, or if you miss some pottery you might not collect all the dust, but the game doesn’t seem to keep track of this stuff. Even the achievements are based on completing the game’s five chapters. Eclipse: Edge of Light seems to only exist to tell a fragmented story, and it’s up to you how much you want to invest in piecing it all together. 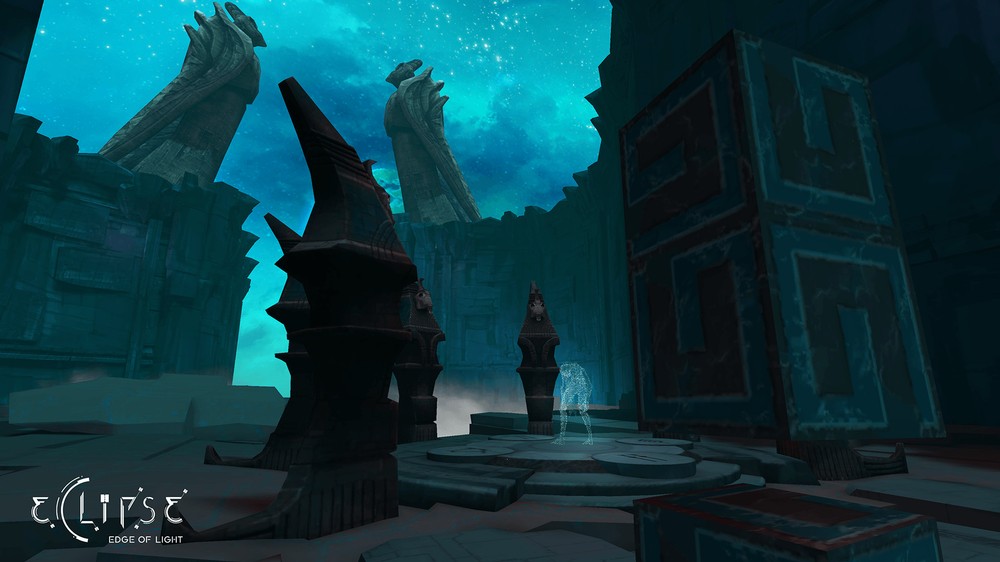 I really liked the multiple functions of the Artifact; tool, light source, boomerang, and sometimes it would turn green and spin around indicating you could pull up this picture frame and view your surroundings through it to reveal hidden items that would materialize in the real world if you kept them in focus. There was even one section where the glowing sphere took off on its own, guiding you through passages and opening doors for you, almost like a travel companion.

I played the entire game on my Rift S, which took 2.5 hours and then I played the first chapter on my Vive just for comparison. The simplified nature of the art style and low-detail textures makes this game look good across both systems with the Rift being slightly crisper. The game did feel rather flat with no bump-mapping, shadows, or much of a 3D effect. Even the space skyboxes with the planets and moons felt very 2D; planets looked like circles more than spheres. There is no room-scale support and the game can easily be played while seated. Controls were fine on both systems but I preferred the actual analog sticks of the Touch controllers for movement and free look. You can choose from various snap-turn angles but I found the smooth turn worked best for more precise navigation; especially when jet-packing around.

Eclipse: Edge of Light was a blast for as long as it lasted. I wish there had been discovery items or secrets; some reason to revisit the game, but the adventure lasts less than three hours and then there is not much reason to revisit anytime soon unless you are just in the mood for a relaxing adventure with some amazing music and great sound effects. Narration of the story bits would have been a nice touch. Thankfully, the limitations of the game are balanced by the budget price of $15, which is right on the border of fairness when compared to three hours of similar entertainment. If you are looking to explore a wondrous sci-fi world complete with forgotten civilizations, ancient mysteries, and alien betrayal and fulfill your destiny as well as prophecy then Eclipse: Edge of Light will keep you on the edge of your seat from start to finish. 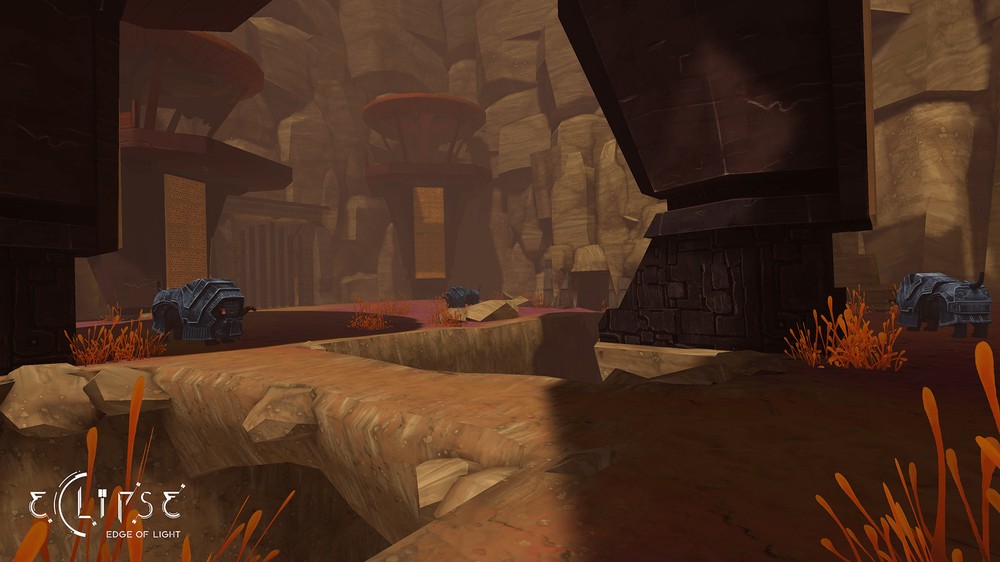 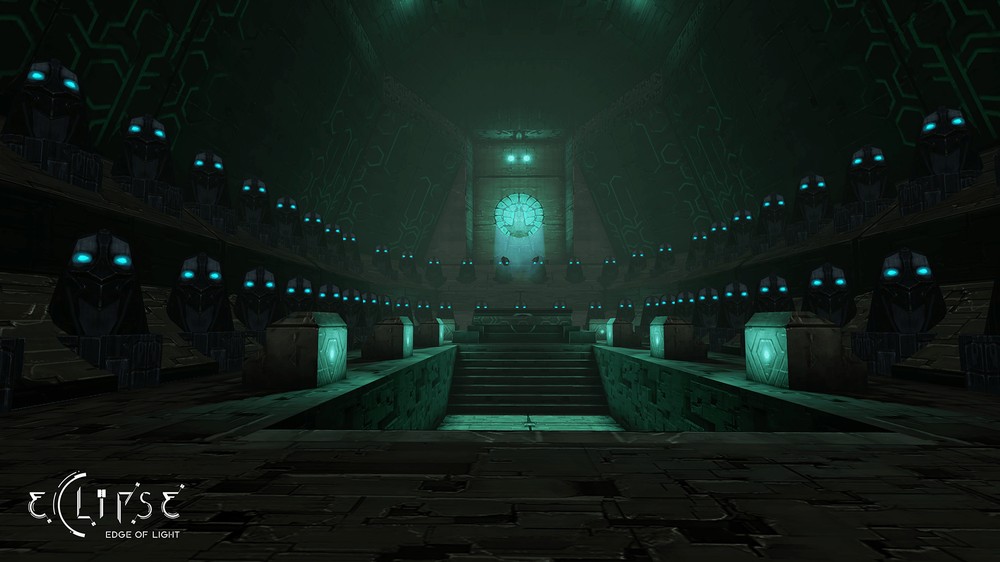 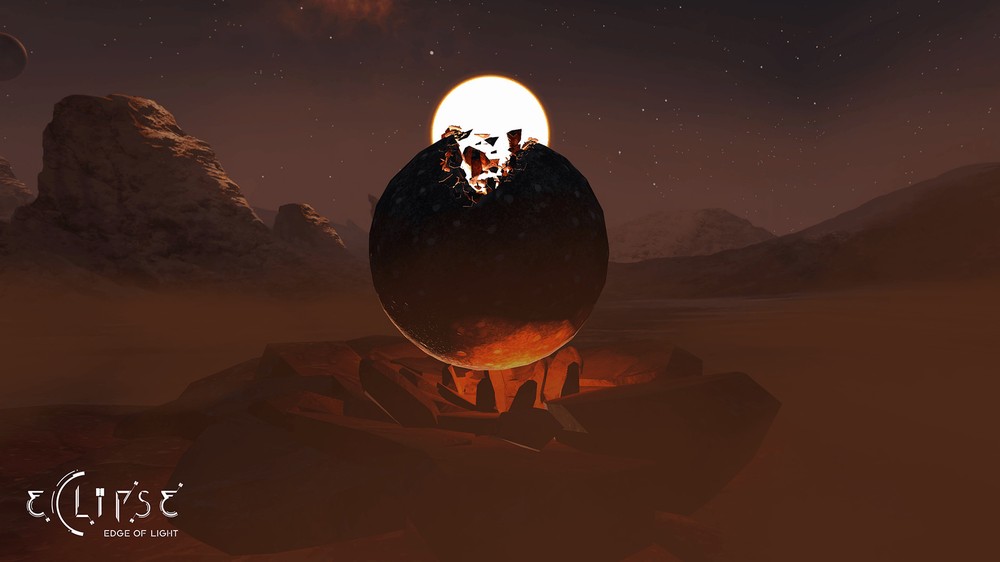