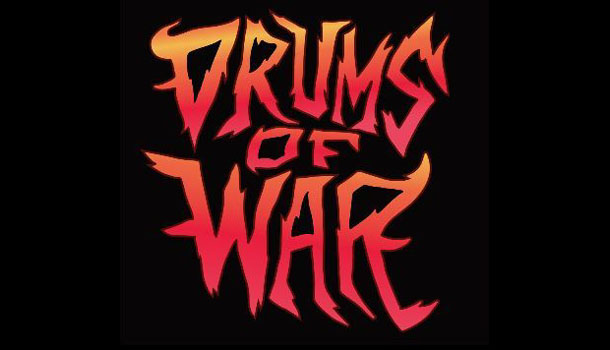 Who knew Orcs had rhythm? I'm coming for you Lars Ulrich.

There’s been a musical hole left in my life ever since Rock Band and Guitar Hero withered away into the annals of gaming history. Even games like Taiko Drum Master couldn’t fill the void, but somehow Drums of War has managed to fill the gap and shine a bright light of heavy metal goodness into the shadowy depths of interactive music games. Releasing on both PC/Steam and the Oculus Store (the version we’re reviewing here) in just a few days, Drums of War explores a new facet of interactive instrument/music gaming, only this time you won’t have that clunky drum set stashed in the corner or be tripping over those Taiko drums. Everything in this game is virtual; everything but the fun. That is very real.

The concept behind Drums of War is so basic; so perfectly pure that I can’t believe somebody hasn’t tried this before, although if they had it would have required physical drums and we’re back to all those issues. In this game you have a fairly epic drum kit, the kind you see in marching bands that you wear on your shoulders with the drums, six in all, arcing around your waist. A short tutorial teaches you everything you need to know and within minutes you’ll be diving into the first of 15 awesome story levels. 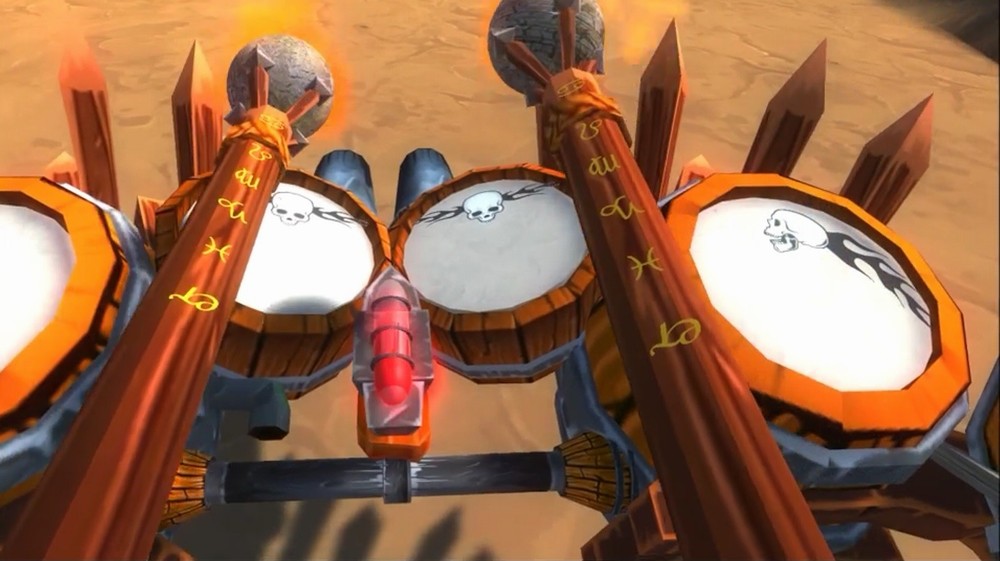 Gameplay is simplistic elegance, designed in such a way that kids and adults of all ages will instantly grasp the basic concepts while continuing to master the game even hours in. You have six drums before you and your giant orc hands are precisely rendered with massive drumsticks and matched to the Oculus Touch controllers on your hands. There are no note streams or any other patterns of music to match; you simply bang away to the beat of the heavy metal soundtrack thumping away in the background. You see, Drums of War isn’t about musical perfection; it’s about musical destruction.

Banging on the center two drums will fire your massive orc cannons straight ahead destroying buildings and killing dwarves and their allies. On either side of the center drums are your movement drums and by rapidly striking these drums to the beat of the music in an alternating pattern you will march forward. Go offbeat and you’ll drift to either side. Striking either side repeatedly will rotate you in 360 degrees. The outer pair of drums will cause you to sidestep (or strafe) when repeatedly struck; a great way to dodge slow incoming projectiles.   It takes a few minutes to find your rhythm, especially for simple movement. At first I was trying to mimic the drummers on those old Viking ships that beat out a slow pace for the guys rowing but quickly learned that this game is all about fast and furious patterns for rapid movement while sticking to the beat of the soundtrack. 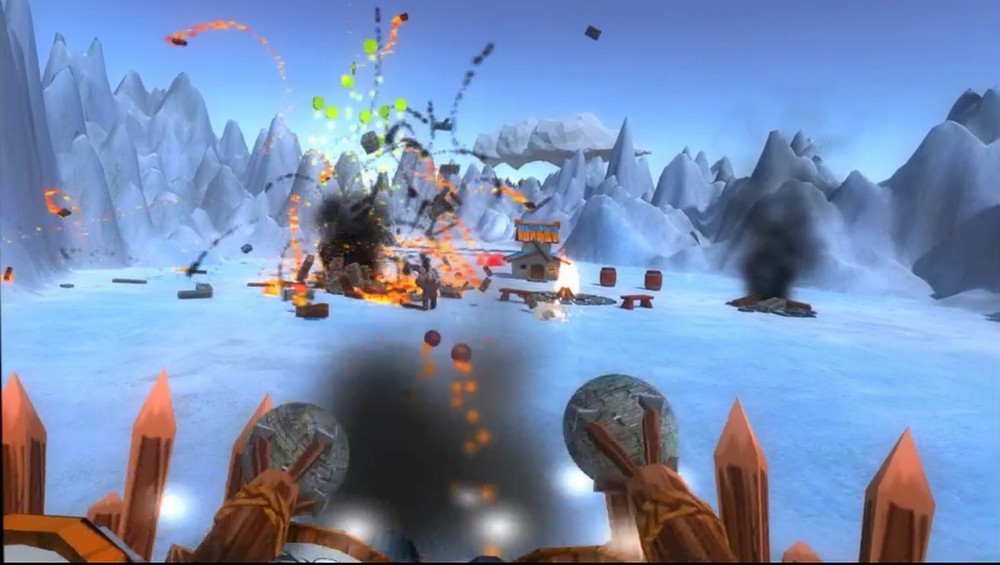 There are lots of enemies in Drums of War, dwarves, demons, skeletons, etc. and they are all coming at you in seemingly endless waves; at least until you can find their spawn points and destroy the portal. You’ll always need to be on the move to close the distance and get into cannon range while dodging their incoming attacks. You can also find and destroy prisons to free your fellow captive orcs. One cool element is that as you rack up sequential kills your drumsticks will catch on fire and you can use them to launch fireballs at both aerial targets and those on the ground. Simply aim one drumstick at your target and rapidly tap the tip with the other stick to unleash a stream of hellfire. It’s a nice way to unleash fast directional attacks without having to spin your orc around to line up the main cannons.

Defeated enemies leave behind skulls that you will need to collect before they vanish from the battlefield, and there is also gold and other pickups scattered about like health, etc. You can spend that gold in the shop for drum upgrades that will grant you specific stat boosters. It’s a nice progression system that you’ll need to make you competitive in the final story levels when things get really tough. In addition to the main story mode you also have some fun bonus modes. Wardrum Hero is basically a survival mode where you face off against an endless horde of dwarves to see how long you can last to log the highest score. There are two Randomized Dungeons that provide an endless challenge each time you play and a Jukebox mode that just lets you bang the drums to the music without worrying about combat; a great distraction to exhaust the kids. 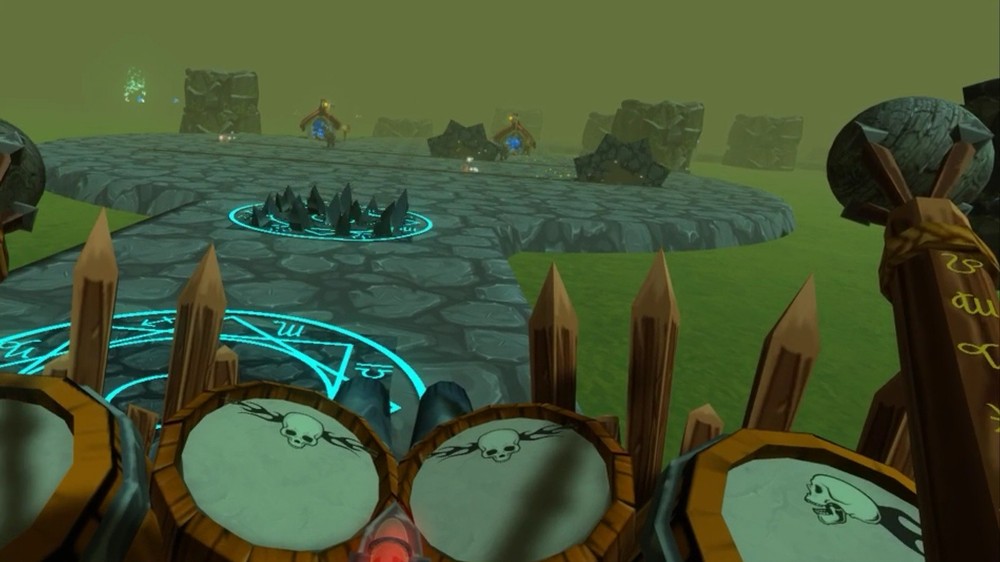 As is the case with all music games, the game is only as good as the music and for Drums of War we get an impressive pedigree of talent with original tracks from Gabe Castro and licensed tracks from thrash metal bands, Warbringer and Exmortus. The game itself was created by Alan Flores, a 20-year veteran who was lead designer on Guitar Hero 3: Legends of Rock, Guitar Hero Metallica, Band Hero, and many other popular game titles.

Drums of War is only $15 and you’re going to get your money’s worth the very first time you play. The game is so much fun and surprisingly exhausting. It even fooled my Apple Watch into thinking I had done half of my day’s exercise in just 90 minutes of gameplay. You really get caught up into the ferocity of the music and the combat, and I was doing these crazy crossover moves to double-strike drums to spin around extra fast or rapidly sidestep to avoid an incoming attack. You can play standing or seated, and depending on your chair you may have to sit forward on the edge if your chair has arms, otherwise you’ll be hitting your forearms on the chair when striking some of the outer drum pads.

Drums of War is a breath of fresh air in what was becoming a rather stale summer for VR. The graphics are delightfully fun and original, and while the game is rather violent, all the blood is green and there’s nothing too terrible for kids 12 and up (the recommended age for anyone using VR). There are some surprising spikes in difficulty that will make you step back and rethink your tactics on some levels. The music will excite you into going too far too fast, but if you slow things down and prioritize your targets you’ll find a pleasing blend of combat and strategy lurking behind this energetic rhythm game. Prepare to unleash heavy metal hellfire in Drums of War and best of all, there are no drums to trip over when you’re done playing this game. 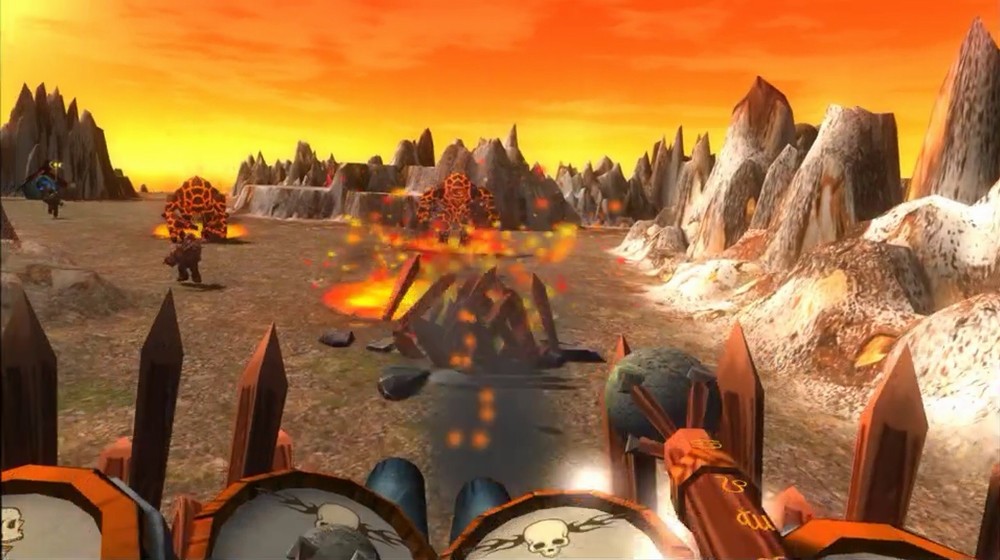 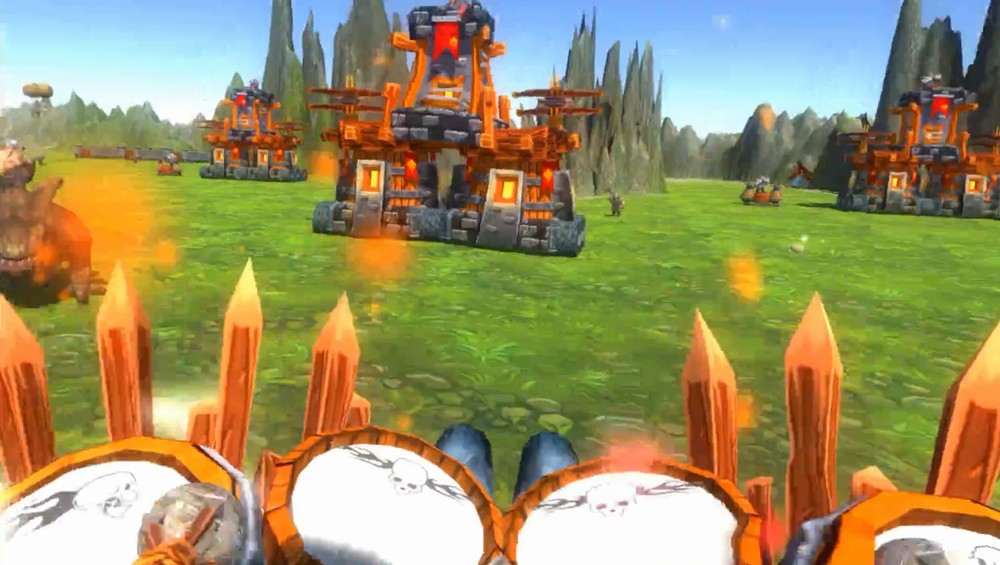 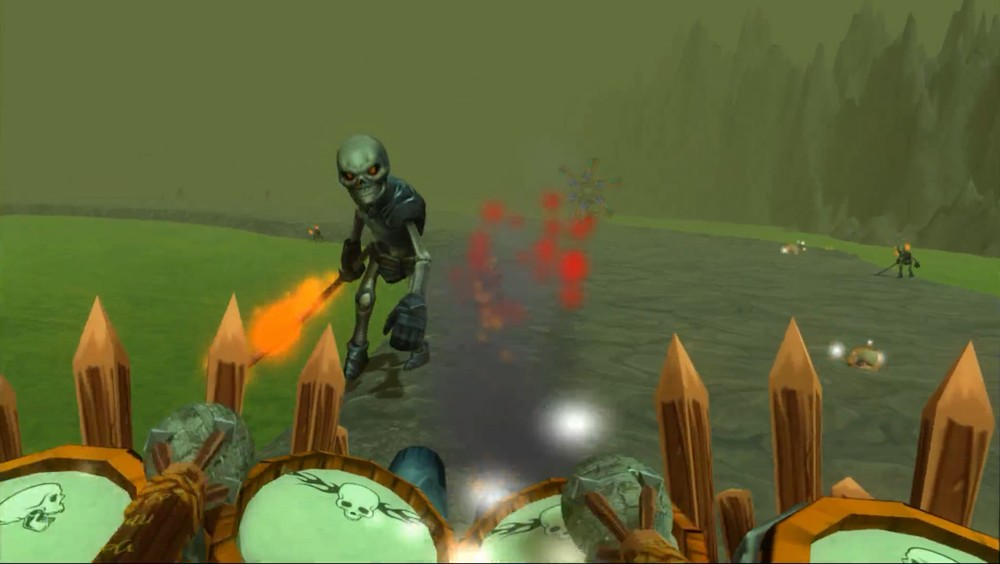