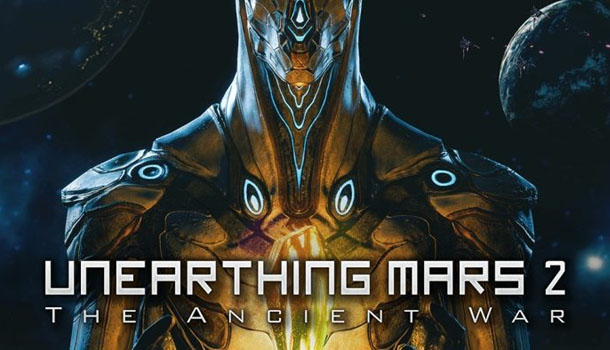 The gaming industry in Taiwan has been extremely friendly to local Taiwanese developer. For console games that Made In Taiwan are not common after all. Today, Unearthing Mars 2 was awarded the top prize from Taiwan Original X Awards. At the same time, Unearthing Mars 2 is coming to Steam, supporting HTC Vive and Oculus Rift. To celebrate the exciting moment, the game is now 50% off on its first week of releasing.

With its 4 hour gameplay and some secret in-game mechanics, Unearthing Mars 2 takes its players to a whole new level. You know those times when you tilt your head in real life just to tried to “dodge the bullet” in the game? Well, let’s just say Unearthing Mars 2 takes it all into its development. Unearthing Mars 2 is not a game for beginners. It requires high concentration and great reflexes. It’s all about the boss battle and to dodge the enemy’s attack. Players also get to be amazed by the detailed visual of the environment.

You will play the role of Deputy Commander in the ‘Unearthing Mars’ mission, trying to unravel the secrets hidden in the Phobos Fragment from the Ark Research Center’s closed-door study. Through the Ark Device, you will experience a war across outer space and return to the Earth and Mars of ancient times. You will then embark on a journey to discover the secrets of ancient Mars from the perspective of a high-ranking officer.

Each of the various fast-paced shooting stages features 6 or more guns to choose from. Special skills can be used at critical moments so that you can shuttle between enemies and take your time aiming at weak points to take out enemy generals. You can take advantage of being practically invincible to get familiar with the rhythms of attack. Remember, in-game bosses will constantly be testing your mastery of weapons and skills.