House Forrester is a noble house from the Wolfswood in the north of Westeros. Bannermen to House Glover, they have always offered unswerving loyalty to the ruling great house of the North – the Starks. The Forresters are seated at Ironrath, an imposing stronghold surrounded by towering ironwood trees. Built over fifteen hundred years ago by Cedric Forrester and his triplet sons, Ironrath is a testament to the strength and endurance of Ironwood. The Forrester house words are ‘Iron from Ice’, which echoes their belief that – like the ironwood itself – the adverse conditions and unforgiving landscape of the North only makes them stronger. 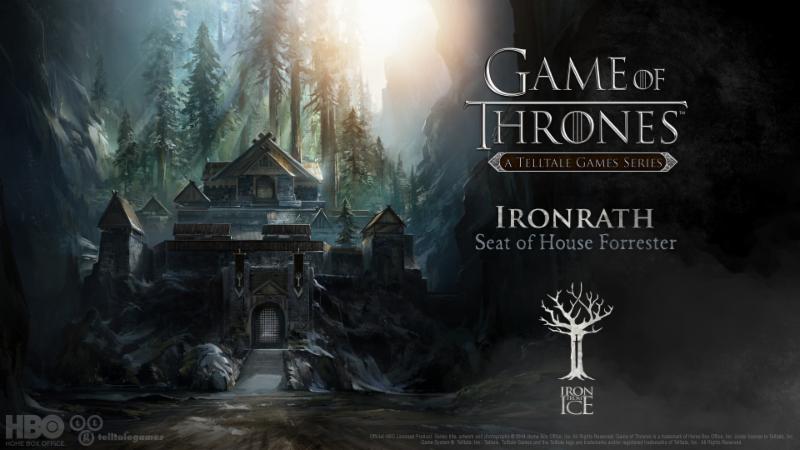 Additional details on the series and its upcoming premiere episode, ‘Iron From Ice’ are forthcoming. Stay tuned to the Telltale Games Blog, twitter, and Facebook pages for more information as the premiere approaches, the first of six episodes, which will be arriving for download soon on PC/Mac, PlayStation 4, PlayStation 3, Xbox One, Xbox 360, and iOS, with additional platforms to be announced.