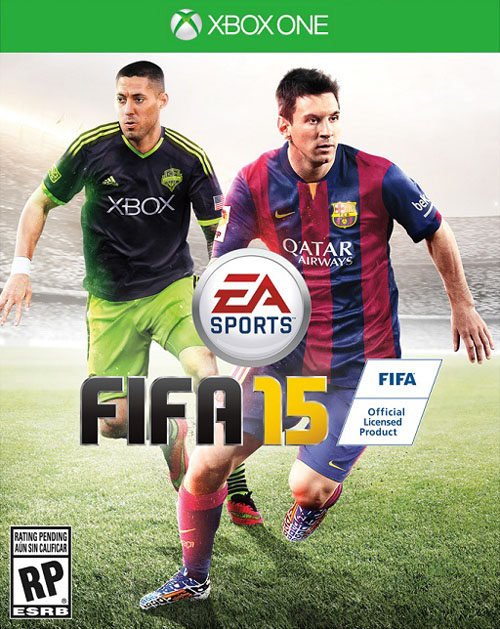 Electronic Arts Inc. today announced that US Men’s National Team Captain and Seattle Sounders FC star midfielder, Clint Dempsey, will appear on the North American cover of FIFA 15, sharing the honors with global football sensation Lionel Messi. The reveal was made at the start of today’s Sounders FC vs. Tottenham Hotspur friendly with a Tifo display unveiled across the Xbox Green Zone at CenturyLink Field. This will mark the first time that an American has appeared on the game’s cover since 2011.

Dempsey, who led the US Men’s National Team to a heroic performance in the 2014 FIFA World Cup, is considered one of the best American soccer players in history. He made and broke records during the tournament, netting the fifth fastest goal of all time with a strike in the first 29 seconds of the USA vs. Ghana opener, and became the first American to score goals in three consecutive World Cups. The 31-year-old forward spent seven seasons in the Barclays Premier League before returning to the United States to join the Seattle Sounders FC, cementing himself as one of the biggest stars in Major League Soccer. 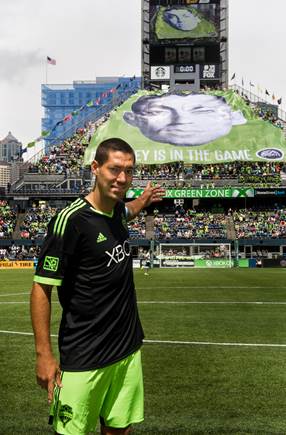 “Clint Dempsey is a world class athlete that embodies the heart and soul of the sport,” said Stuart Lang, VP of North America Marketing, Electronic Arts. “He showed his lethal combination of grace and toughness at the World Cup, and plays with enormous heart and determination on the pitch. He is the perfect ambassador for FIFA 15, a game that’s all about bringing the emotion and intensity of the sport to life.”

“It’s an amazing opportunity in my career to be on the cover for FIFA 15, a game that has played a big role in growing the popularity of the sport in America,” said Dempsey. “To join the class of other elite athletes who have appeared on previous covers is very humbling and I am extremely grateful for this honor.”

FIFA 15 brings football to life in stunning detail so fans can experience the emotion of the sport like never before. Witness the intensity of crowds chanting and cheering on match day, and listen to commentators guide fans through the story of the game with Dynamic Match Presentation. For the first time ever, all 22 players on the pitch are connected with Emotional Intelligence allowing players to react to opponents and teammates within the context, and relative to the narrative of the match. Football is the greatest drama on earth and FIFA 15 puts fans center stage, allowing them to feel the emotion and intensity of the world’s greatest sport.