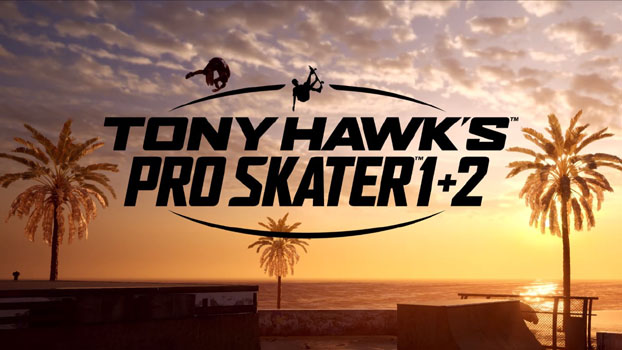 I absolutely enjoyed every minute of this game.

I know I’m not alone saying this, but the THPS franchise holds a very special place in my life.  I can safely say that there’s no one franchise that I put more time into between 1999 and 2012 than the THPS franchise.  I played, and sometimes had the pleasure to review, every THPS title that was released from the original PlayStation release though Pro Skater HD.  I played THPS games on every console and handheld device, and even had the opportunity to attend and report on the release party for the peripheral-based THPS Ride in New York City where I got to chat with and play alongside Mr. Hawk himself.  Maybe it’s weird, but simply looking at screenshots from various games, I can mark specific periods in my life – apartments I lived in, houses we bought, children born – all by what THPS game I was playing at the time.

It’s all so ironic because when the original THPS was released in 1999, most gamers didn’t have high expectations at all.  Up until that point, skating video games were well…a bit lame. Early titles like 2Extreme and StreetSk8er tried to provide entertainment, but simply fell flat with their linear gameplay. 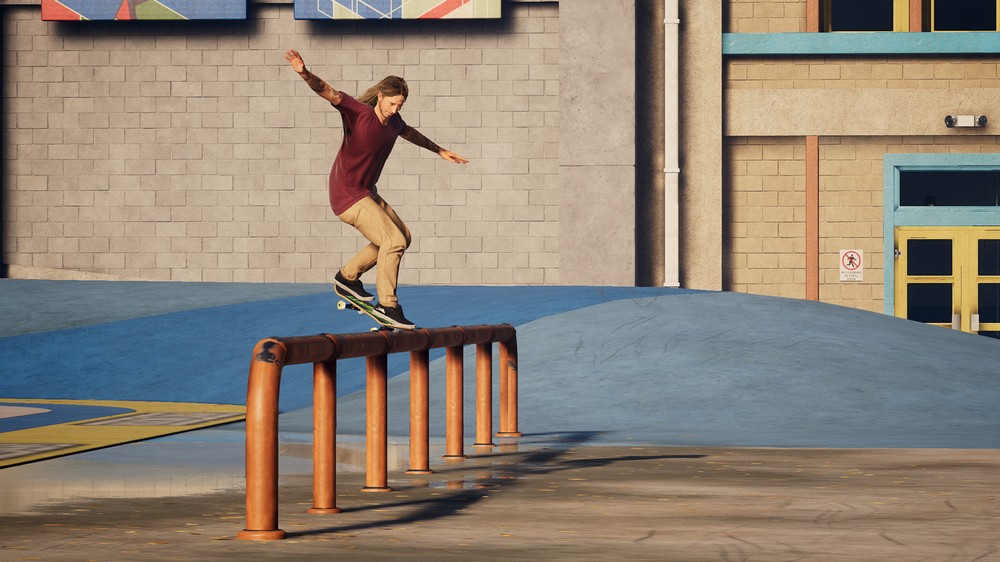 When THPS hit shelves, however, it was immediately obvious that something special had arrived.  The fluidity and ease with which gamer could string together tricks within the huge open-roam levels was something that hadn’t been seen before, and suddenly everyone was all about THPS. From there, the franchise only got better with THSP 2’s addition of the “manual” and THPS3 ’s addition of the “revert” which allowed gamers to chain together ridiculous trick combos.

Two decades later, Activision has seen fit to release a remaster of the original two titles as THPS 1+2.  Enlisting the help of long-time THPS franchise collaborators, Vicarious Visions, the two classics have undergone a complete under the hood overhaul – bringing the quality up to today’s hardware standards, while retaining all of the nostalgic gameplay that made those titles so groundbreakingly special.

Some of you may be thinking “remake of THPS 1+2 remake…didn’t they already do that like 8 years ago?”  To that the answer is well…sort-of.  In 2012, the fine folks at Robomodo released THPS HD, a digital-only “remake” of the THPS franchise using levels from THPS, THPS2 and eventually THPS 3, and it too was well-done. But at $15 and only featuring only a handful of iconic levels and skaters, THPS HD served as more as a pared-down greatest hits rather than the complete remake of the first two games that is THPS 1+2. 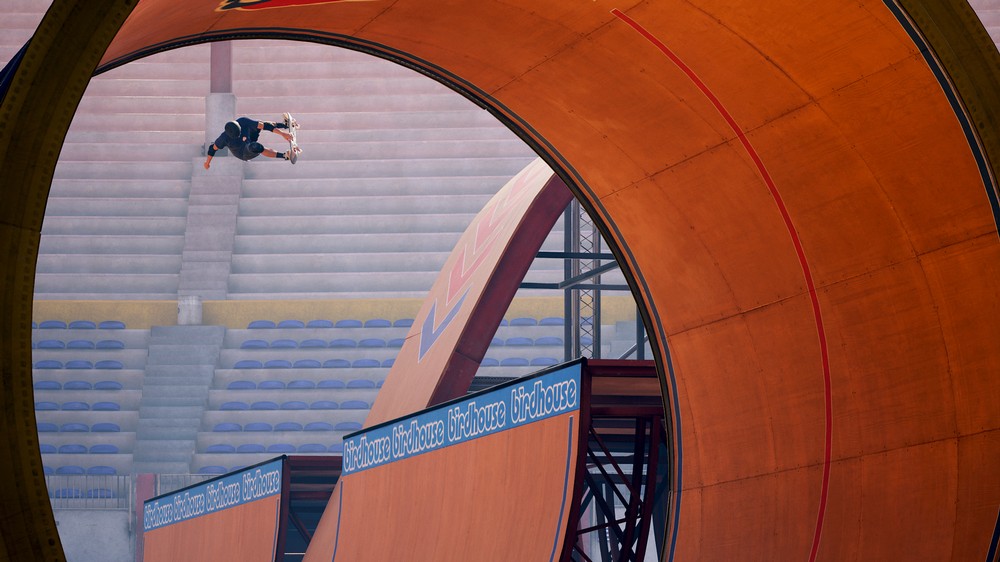 The skating in THPS 1+2 is just as fluid as I remember the game playing from the late 1990’s – of course, that’s utterly ridiculous given that the game plays at a full 60fps compared to whatever the original played at.  But that’s precisely my point, as even though THPS 1+2 is infinitely smoother and more refined than the original it plays just like how you feel you remember it, and that’s perfect.  It’s said that Vicarious Visions obtained the original code from Neversoft and built on it to keep the near-perfect timing and lines, and that is completely evident within the first few moments in the iconic opening level The Warehouse.

For those of us who grew up on the THPS gameplay mechanic, the classic gameplay is like second nature, but for the younger set it may seem a little foreign.  For instance, my 15yr old son – a hobbyist skater, and a big fan of the Skate and SkaterXL games – walked into my review area and asked if he could give the game a try, I said sure. What commenced was a bit of a history lesson for him on the old days of gaming:

Son: How do you make him go?

Dad: Hold down the X.

Son: How do you make him Ollie?

Dad: Let off the X

Son: How do I grind?

Dad: Jump toward the rail and hit triangle

Son: You mean all you is just hit buttons?  That’s really lame compared to Skate.

Dad: Yep, but you mix them with a direction and it makes all these other tricks.

Son: Why can’t I steer him?

Dad: Oh, you’re using the analog stick, that doesn’t work well – you need to use the direction pad.

Son: Why would they make a game that doesn’t use the sticks?

Dad: Hmmm…uh…oh yeah, oh yeah in 1999 when they made the first game there wasn’t any sticks on the controller.

Son: What?  Controllers didn’t have sticks back then?

Dad: No…. eventually there was one, but not all games supported it.  It says here the DualShock came out in 1997, so I guess we we did have the sticks, but they weren’t as refined of input as the directional pad does.  Would you just stop with the questions.

Son: Here, you can have the controller back…I can’t make him do anything, but it’s cool to watch you…you’re really good at it.

Dad: Well, I did practice a lot.

Son: But you just got it today…how did you practice.

Dad: When it comes to Tony Hawk games, they all play the same.

And that’s exactly how the conversation went, and that segues perfectly into my philosophical argument as to why the THPS series ultimately sputtered out in the late 2000’s after a string of yearly releases: they all played pretty much the same, and that took all the fun out of it. 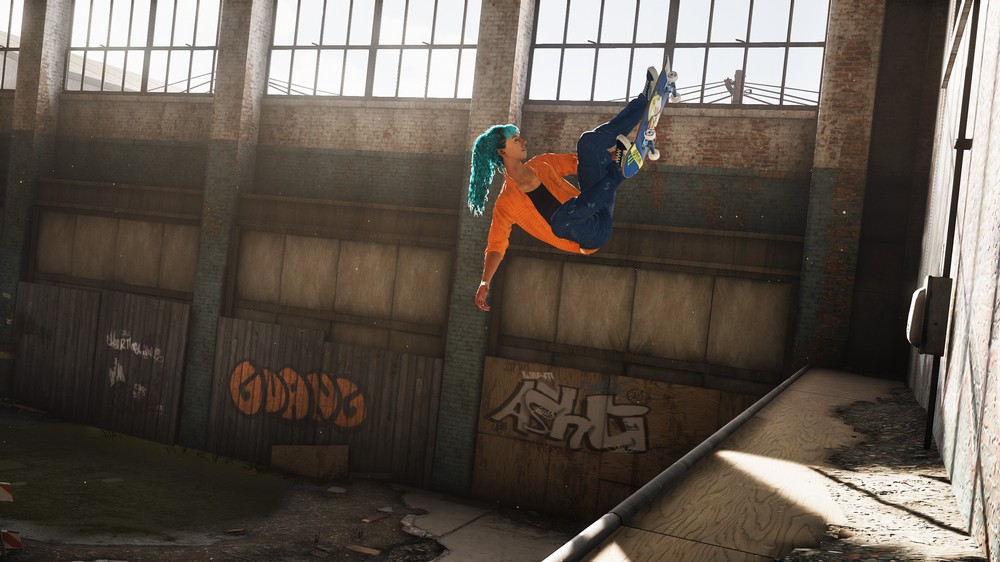 Ask any THPS fan towards the years of the Underground and Project 8 games and I bet they all had the same experience: spend $60 on a disc, pop it in the console, and immediately start pulling off trick chains using the manual and revert, and wallah: High Score, Pro Score, Sick Score, bam-bam-bam. Level up the character, now it’s only easier…rinse repeat.  There was no learning curve, no new control scheme, no nothing…it was just the same old game with some new levels.  In fact, I once proposed in a review that they simply release periodic map and challenge pack DLC and forego the full-on release.  And it’s precisely why I was so excited for Robomodo’s peripheral-based THPS Ride and THPS Shred, because they actually changed stuff up a bit.  Sadly both received a lukewarm receptions, and some circles attribute them for ultimately sinking the THPS ship, but at least they tried something new.  That being said THPS 1+2 does play just like the others, and veteran gamers will be racking up the combos from the get-go, but for such a beautiful and nostalgic trip down memory lane, I don’t mind a bit.

Presentation-wise, THPS 1+2 is awesome.  It looks fantastic in a full 60fps, and even supports 4K for those Pro owners.  I just have a lowly old Gen-1 PS4 and 55” 1080p and it looks gorgeous.  The levels are exactly as they were in the original, and I often found myself amazed at details I didn’t remember from the originals. In fact, I thought they’d messed up the School in THPS until I looked it up and realized there were actually two School levels, and my memory was only of the School from THPS 2.  Then it all came back.  And I forgot about the Downhill Jam – which most people consider the worst level in THPS history.  I have a certain fondness for it, but that probably because I spent so many hours running through it trying to get all the valves.

On the audio front; the game’s sound effects are spot-on as always.  There’s never any question what surface you are skating on because the wheel sounds are perfect.  Many of the tracks from the original iconic soundtracks are featured along with a couple dozen new tracks.  While it was a bit jarring to jump from classic Dead Kennedys to the whatever the hell Machine Gun Kelly is, the soundtrack perfectly matches the franchise. 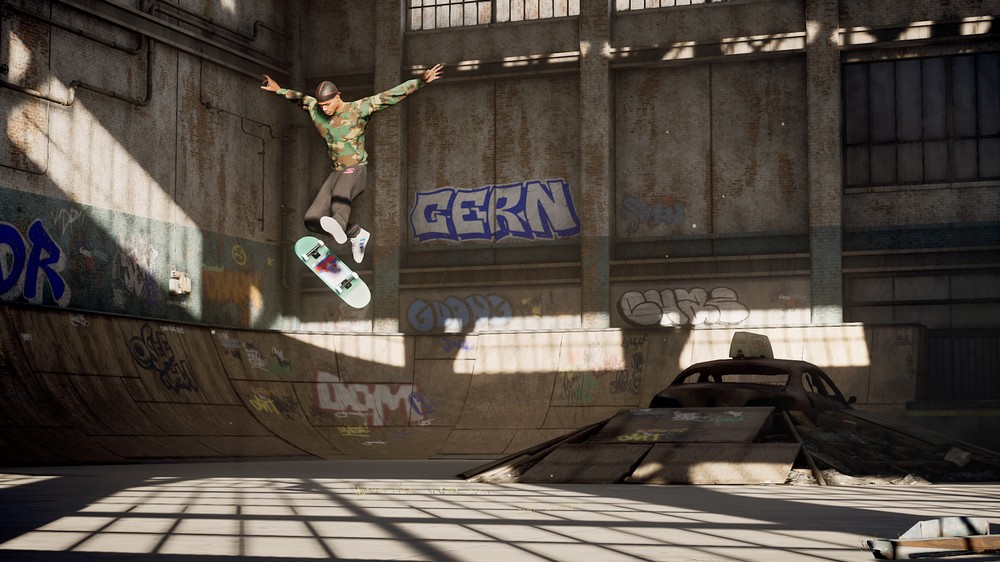 As I mentioned, all of the skaters from the original titles are included…and in a nod of honor they all appear as their current ages.  Tony Hawk does look like 52-year old Tony not 30 year old Tony.  As an old guy myself, this is cool as hell.  If you want to play as a youngster you can pick one of the many current skaters, including Tony’s son Riley who is one hell of a skater in his own right.  Apples don’t fall far from their trees, do they?  Also Mr Jack Black makes an appearance, but I won’t give that one away.

THPS 1+2 offers online play, and a full map park editor complete with online sharing.  The park editor has a bit of a learning curve, but once the basics are understood it is easy to go down a design rabbit hole in an attempt to make the wildest skatepark.  I’ll bet when if some industrious Minecraft or Little Big Planet vets get on there the options will be endless.

I do have to mention a glitch that happened a couple of times to me. When retrying a level, you are given the option of running the Goal Cameras, which basically gives you the flyby of the level pointing out things like the location of the Secret Tape certain “named” gaps, etc..  What I found was that if you used the Goal Camera more than once, the game would glitch into defaulting to looping the flyby the next time you started playing.  You could hear your skater and feel vibrations, but all you see is the flyby.  I found that I had to quit the run, select another level, then reselect the original level, in order to play.  Not a big deal, but an annoyance.

In closing, I absolutely enjoyed every minute of THPS 1+2.  It is the perfect honor to a great franchise. 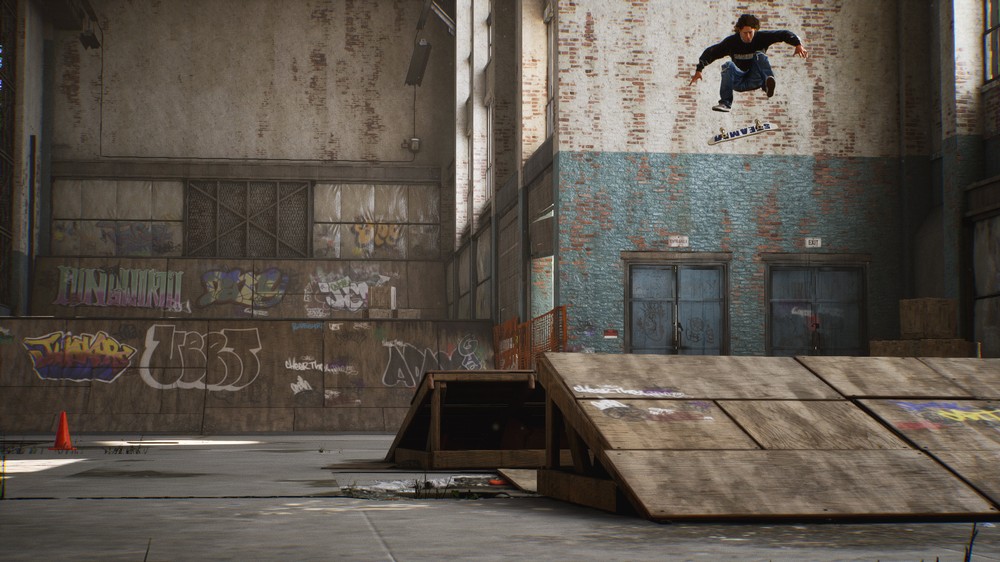 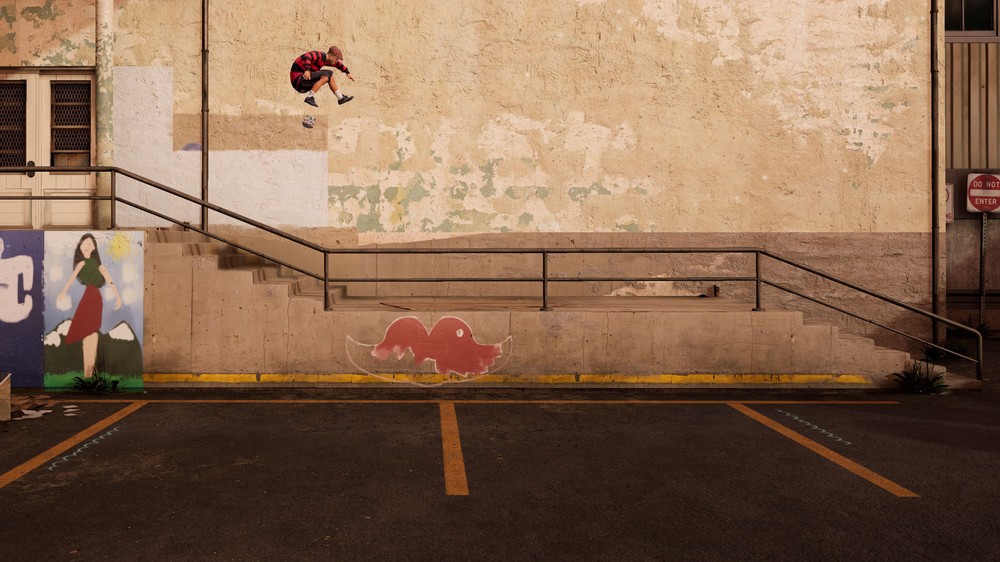