TO THE TOP Review – Oculus Rift 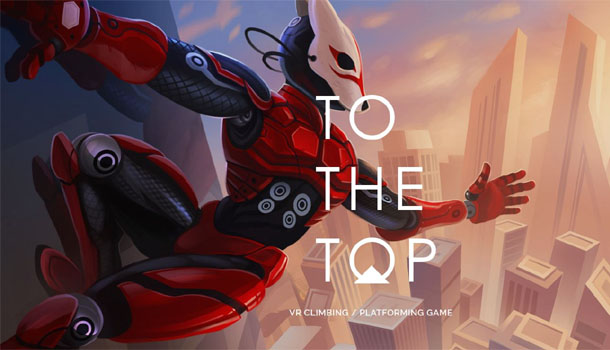 - Progression gates
- Getting stuck with no grab-surface
- Needs more music

As close to Mirror's Edge VR as we are ever going to see.

I don’t like using one game to describe another because if you haven’t played that game then the comparison is fairly worthless, but I just can’t help it when it comes to TO THE TOP and the remarkable similarities to one of my favorite games, Mirror’s Edge. EA’s parkour platformer franchise that has spawned two games to date was the first thing that came to mind as I slipped on my Rift and grabbed my Touch controllers. A big part of this was the overly simplistic level design, although ironically, TO THE TOP has much more color in its design than the monochromatic style of Mirror’s Edge.

Another VR favorite; one of my top three Rift games of all time, The Climb also lends some inspiration to this energetic platformer that blends a smooth mix of climbing, leaping, falling, sliding, and even a dash of flying in later parts of the game. TO THE TOP is simplistic genius in design, asking you to navigate complex levels by climbing and sticking to blue surfaces in a crazy dash to the finish line in the fast time possible. This includes vertical climbing as well as horizontal monkey parkour movement and even the occasional slide down green surfaces. Steering is tied to head movement, even while falling or making consecutive leaps across buildings or towers, so movement feels quite natural and realistically connected to your head and hand movements with a great sense of gravity and inertia. The game recommends you play standing and supports room-scale and I agree on both. Equally challenging is that all movement is performed by propelling yourself through hand motion, so if you find yourself with no blue surface to grab you’ll have to reload a checkpoint. 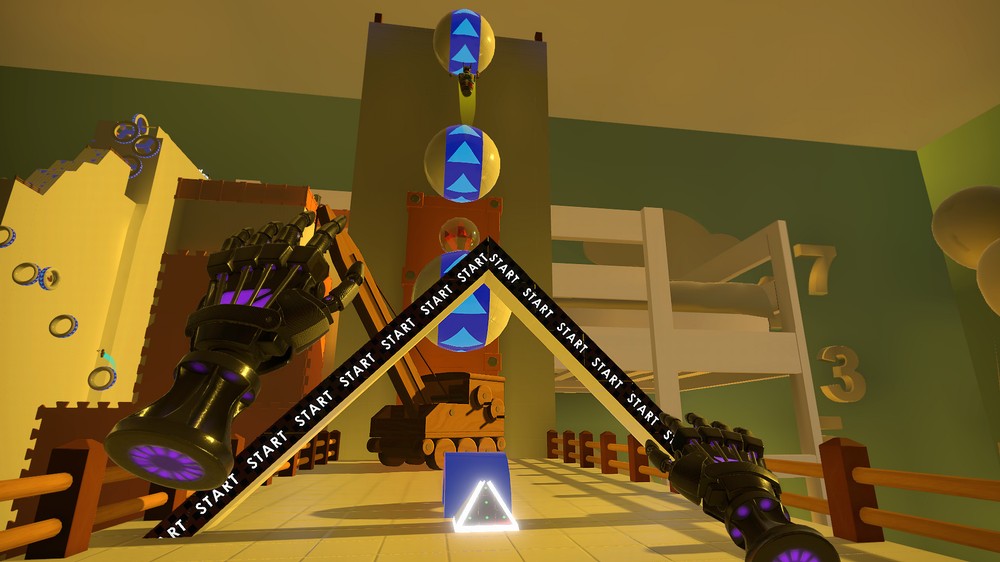 The concept and controls are incredibly easy to grasp and increasingly difficult to master as you start to make your way through the 35 levels in the game. The environments are massive with multiple paths to discover along with challenging obstacles, potential dead ends, and hidden paths leading to secret collectible medals. For those looking to do speed runs there are three time goals per level that all feed into online leaderboards or take a leisurely approach and find the secret Geom and Medal on each level. If you get tired of playing alone head online for some multiplayer racing to see who can finish first. There are lots of items to unlock that allow you to customized your in-game robot avatar by mixing up over 30 hands, torso, and head options so you can stand out in a crowd.

The only downside to the game flow would be that later levels are locked pending your progress and performance in earlier levels. These progression gates will likely send you backtracking to earlier parts of the game in order to unlock new stages if you have only been skimming by on race medals. Fortunately, I’m an obsessive completionist when it comes to games like this, and I won’t advance until everything is complete, so this wasn’t an issue for me. 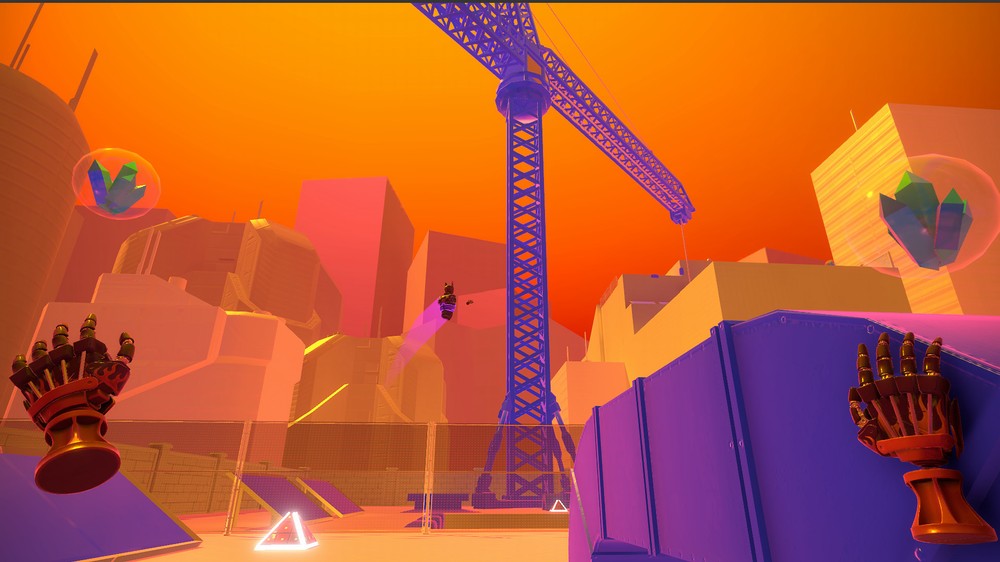 The visuals are simplistic in polygon design and flatness of texture, but this only helps with the smooth flow of the game that would otherwise make most gamers sick. The draw distance is fantastic and the sense of vertigo when dangling off the top of a giant crane might still put a lump in your throat. The natural movement of the hands with the expert tracking of the Touch controllers really connect you to the world and immerse you in the parkour action.

I still dream of the day we get a VR version of Mirror’s Edge, but until that happens, TO THE TOP is a perfectly valid substitute. It might lack the photo-realism of a game like The Climb, but it more than makes up for in in fast, fluid parkour platforming on some of the most amazing and surreal level designs I’ve seen in VR. The more you play the better you get, and the game is continually offering more challenging situations to keep you on your toes…and finger tips. If you really want to get physically interactive with your Oculus Rift then TO THE TOP is a great way to do it. 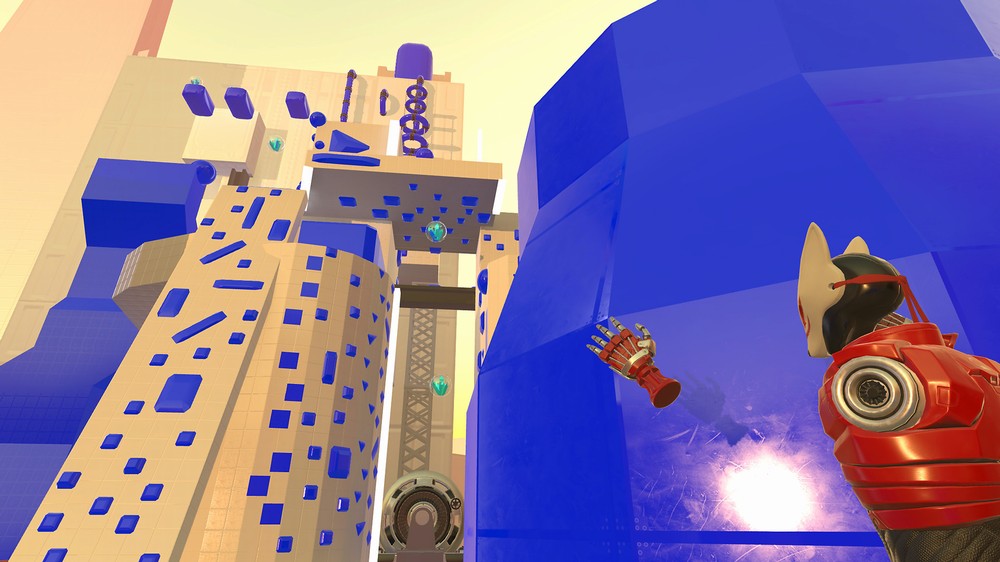