Thunder Wolves delivers great short-term fun, but it really needs a bit more variety to give gamers a reason to come back.

If you were to take Choplifter’s classic helicopter-based gameplay and combine it with the over-the-top machismo of Duke Nukem, you would wind up with a game that looks and plays very much like Thunder Wolves – available now through Sony’s PSN store. Thunder Wolves arcade-styled “blow up everything” gameplay will instantly take gamers back to a day when gaming was not so solemn; when wanton destruction was the means to success, and surviving to the end of the level was the only objective.

The story – as it were – is centered on a seasoned chopper mercenary, Max, and his rookie sidekick Blister. The two accept a series of 13 challenges spread across a handful of varied landscapes and underground bunkers – slinging more than a few four-letter words around as they crack corny on-the-fly one-liners at an almost embarrassing frequency. The decidedly-NSFW scripting is absolutely rife with locker room-quality humor cursing – and as so is definitely not appropriate for the younger set. 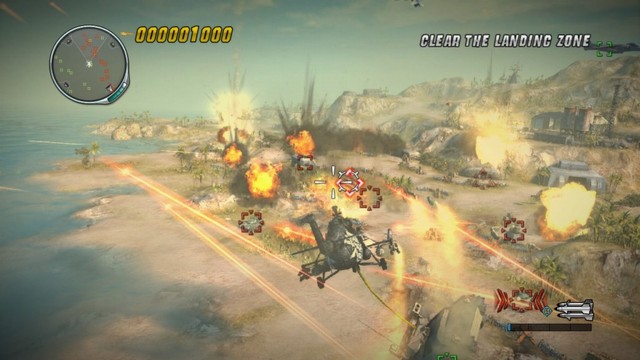 The helicopter controls are surprisingly intuitive, and the combat is as exhilarating as it is enjoyable – even if it is just centered on nothing more than malevolent destruction. With its unending supplies of ammunition, and no requirements for periodic reloads or gun-cooling periods, there is very little strategy to Thunder Wolves. However, the visceral pleasure that is gained from having near-unlimited power is enough to put a smile on even the most jaded gamer’s face.

The biggest knock on the gameplay has less to do with the mechanics as it does the overall structure – with every mission asking the gamer to perform nearly the same set of objectives, it does not take long to realize that Thunder Wolves is a bit of a one-trick pony. The environments may change, but the gameplay remains largely the same – a bit more variety to the missions would have been nice. 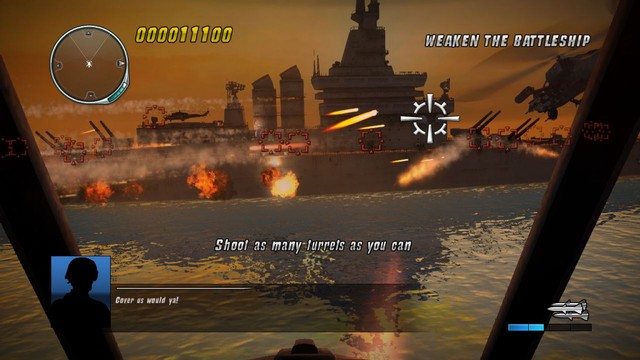 On the presentation side, Thunder Wolves sits in the lower half of the spectrum. The visuals are moderately impressive, especially with the amazing amount of action taking place onscreen, but the visual perspectives and short draw distances often obscure objectives that should be in plain sight. The audio is a mixed bag – the heavy-metal soundtrack is impressive enough, but machismo-infused voice work stinks of actors trying a bit too hard to be ironic.

Clocking in roughly at around three hours of gameplay, Thunder Wolves is not the longest-lasting gameplay either. It does support local cooperative play, but that really only helps to shorten the story and muddy up the frenetic onscreen action even further. It would have been nice to play the cooperative game with my kids, but the foul-mouthed scripting eliminated that possibility.

Thunder Wolves is fast, twitched-based gameplay that elicits fond memories of the arcade shooters of old. There is a certainly enjoyment to be found in wantonly destroying everything in sight, but that excitement does grow old quickly when the game lacks variety. Thunder Wolves delivers great short-term fun, but it really needs a bit more variety to give gamers a reason to come back. 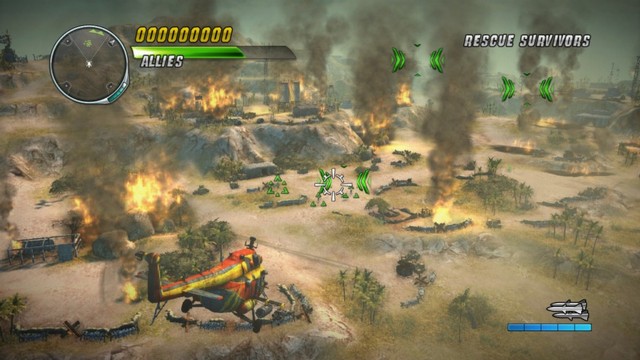 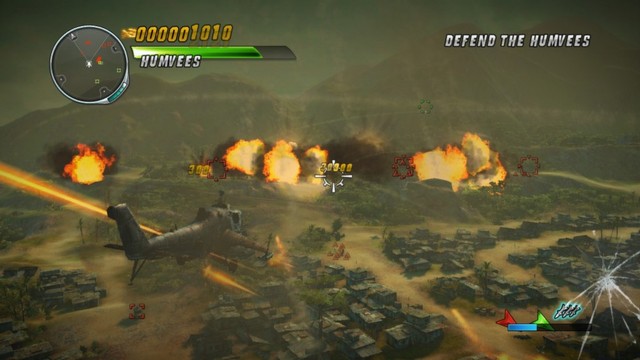 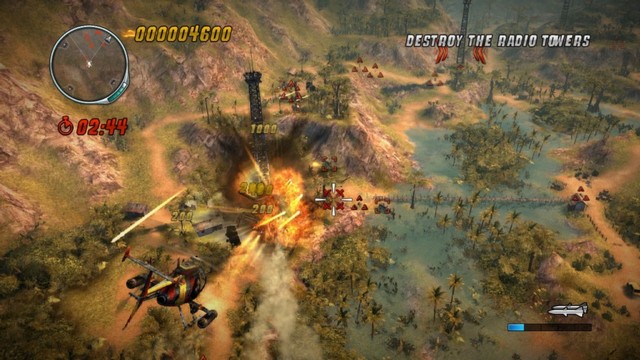 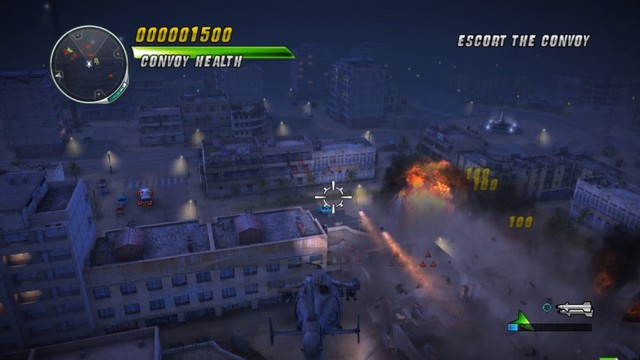 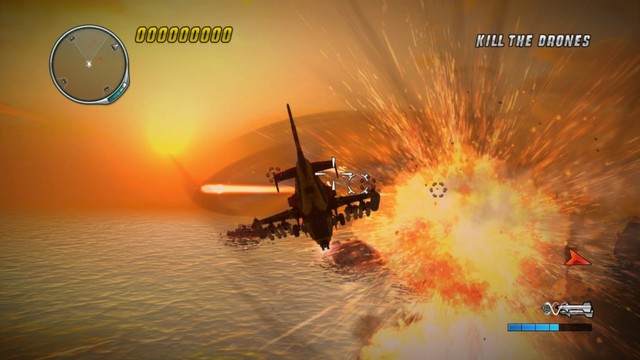 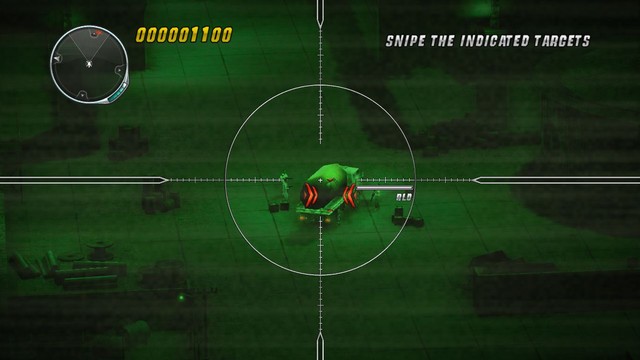 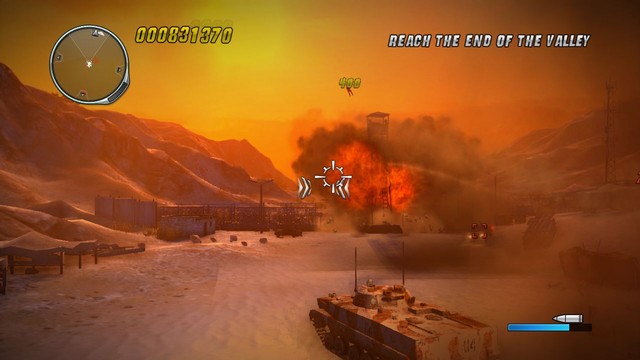 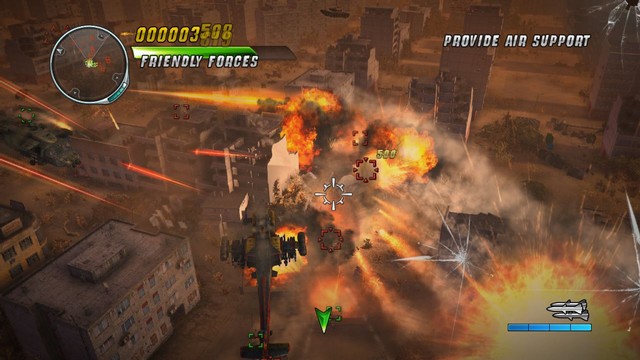 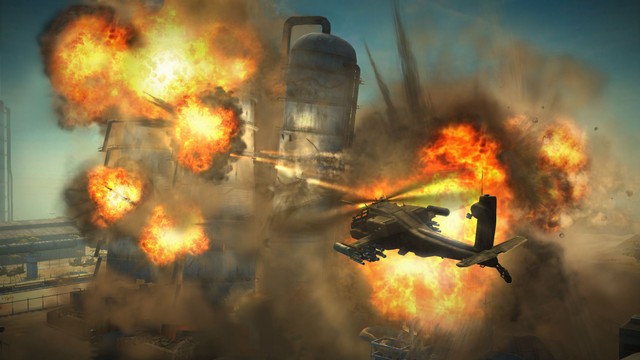 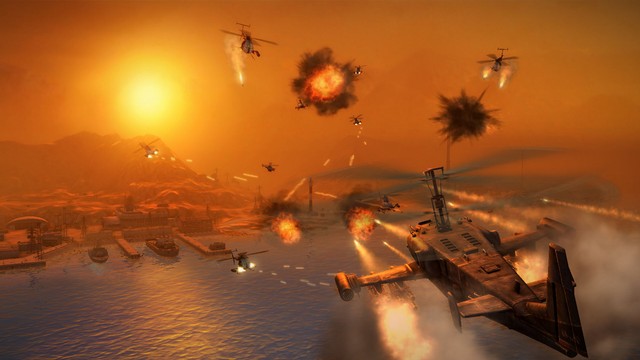