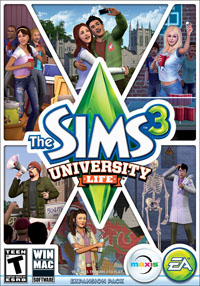 Adds many interactions and objects appealing to a modern young adult...one of my favorite expansions.

The Sims 3 may be almost four years old, but the expansion packs are still coming strong. Given that The Sims 2: University is such a fan favorite, I’m a little surprised EA waited until the ninth expansion to release The Sims 3 University Life, but better late than never, right? Anyway, I’ll cut right to the chase, since if you’re reading this review, there’s a good chance you already know all about the base game.

Just as TS2: University did for The Sims 2, University Life introduces college life to the current incarnation of the franchise. I’ll be blunt: you can probably predict your satisfaction with University Life based on how you felt about the first Sims 3 expansion, World Adventures, as sending a Sim to college is similar in many ways to sending them away on a foreign vacation. The college is its own separate locale, and while you’re playing in the college town, only those Sims in college will be playable, and the rest of the household won’t be accessible until the school term is over.

If that’s not something that bothers you, you may find that University Life has many of the charming traits that made TS2: University so much fun. Rather than limiting the college experience to young adults, though, this expansion is more true to life in that it allows Sims of any age young adult or older to pursue higher education. All your Sim needs is a phone or a computer to enroll, and a school mascot will drop by with some university-related freebies and an aptitude test that might score your Sims a scholarship, depending on their skill levels, traits, and career experience. 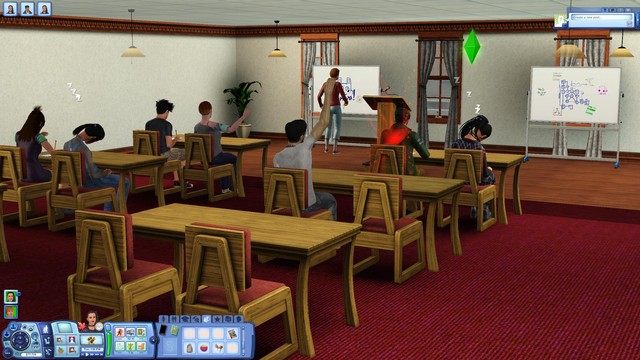 The University Life college experience is uncannily reminiscent of actual college. Just as in real life, your Sim can choose what kind of college life to pursue: will she take it easy and party it up, split her time between classes and a job, or hit the books hard and graduate early? Enrollment options include one of six majors (Business, Technology, Science & Medicine, Communications, Fine Arts, or Physical Education), how many units your Sim wants to take, and how long a term runs (one or two weeks).

Once at college, Sims can choose to move into a dorm, fraternity or sorority, or apartment. The random roommates, non-player characters that move in simultaneously with your Sim(s), add a fun factor of unpredictability to the game. Fortunately, if your Sims really can’t get along with their roommates, you can kick them out at will, and doors and beds can be locked or assigned, respectively, to help keep the living situation under control.

Balancing a Sim’s needs at college is a challenge, just as in real life, especially if you choose to load up on credits. Sleep can be hard to come by, and parties (keg stand, juice pong, or bonfire, anyone?) and other diversions—like the new coffee shop, bowling alley, or arcade/comic book store lots—may interfere with studying properly for a final exam. 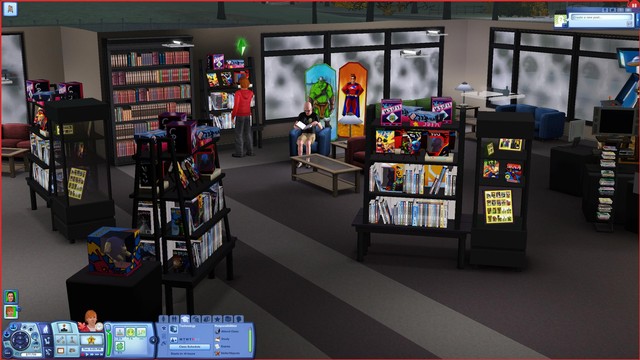 Then, there are the new Social Groups to think about. By associating with Sims of the Rebel, Nerd, or Jock groups, or engaging in activities those groups identify with, your Sim gradually builds influence with the group. It’s not necessarily as easy as it sounds, though, as influence also decays rapidly if your Sim doesn’t continue actively building their influence levels. Still, keeping up with networking can be worthwhile for its perks, such as new interactions, extra trait slots, and even new Super Careers: Art Appraiser, Video Game Developer, and Sports Agent.

Luckily, University Life finally upgrades the Sims’ phones to smart phones that can be used to text, study, browse the web, share videos and photos, blog, or find other Sims. This was one of my favorite improvements from the expansion for its sheer convenience, and it significantly modernizes the feel of the game.

Another favorite feature is the interactive lecture class. Mixed in with “rabbit hole” classes during which Sims disappear into a building (albeit with one of several selectable player-set attitudes, like “suck up to professor” or “socialize”) is a new type of class that allows you to see inside of a classroom and influence whether your Sim takes notes, asks questions, or sleeps through class. The interactions are somewhat limited, but being able to see your Sim in class and choose some of their actions is definitely a step in the right direction. If you leave your Sim alone, he’ll also do his own thing for the duration of class, which is a relief if you have another college student to look after in the meantime. I hope we see more of that interactivity in upcoming The Sims games. 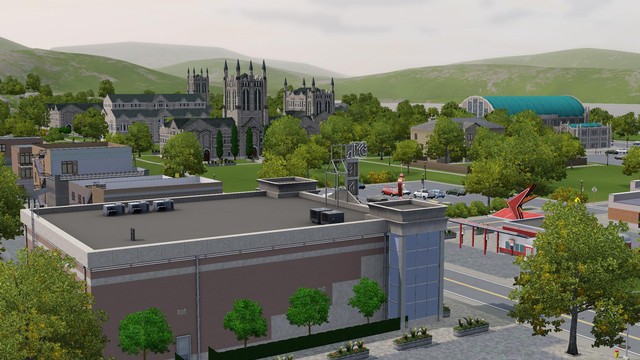 Finishing a degree can take several terms, depending on how many credits your Sims take, but students can return home for breathers in between terms and resume school at any time. Plus, completed degrees may boost career performance later on, based on the Sims’ grades. High grades in school result in faster promotions and higher pay in related jobs, and Sims can return to school for additional degrees once they’ve finished one.

The new Sim variety in this newest expansion, by the way, is the Plant Sim we first met in The Sims 2: Seasons. Plant Sims can’t be created in Create-A-Sim, but there’s a chance your Sim will be turned into one if he volunteers as a test subject at the science building while in college. Rumor has it there are other ways Sims can transform into Plant Sims, which do not need to eat or “bladder” but require water from bathing, swimming, or turning into a plant and photosynthesizing during the day.

As for how University Life fits in with the base game and other expansions, it’s a mixed bag. The expansion adds roommate services to the game outside of the college town so that your Sims can now accept rent-paying computer-controlled roommates at home, and as I mentioned earlier, a college education can noticeably improve work performance. Other than that, most of the university experience is more of a separate module: placing university-related building in your hometown just adds additional rabbit holes and doesn’t seem to allow the full college experience back home—a mild disappointment. 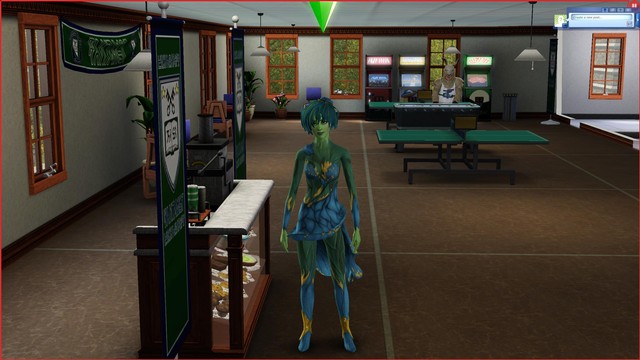 It is, however, fully compatible with Seasons, and the university town experiences weather effects and Spring Break, though holidays aren’t celebrated. Overall, it seems to play well with other expansions, though they’re integrated somewhat unevenly: you’ll see supernatural Sims at college, but no pets—and despite life-stage-oriented expansions like Generations, your parental Sims won’t be able to bring their families with them to college, unless they’re also enrolled as students.

The game also has some glitches as of the time of this writing, which isn’t unexpected, considering how complicated The Sims 3 has grown at this point. I ran into a bug similar to one from World Adventures and could not successfully send my Sim to school; I was only able to fix this problem by evicting my family and moving them back into town to reset the game. Another possible bug seems to be that roommates in the regular town are consistently unemployed and rarely leave the home lot. Familiar path-finding problems also remain, and one of my Sims kept exiting a building’s front door and circling around to the back when trying to reach an indoor staircase.

Also, while this isn’t an official bug, I found it a tad unnatural that my student Sims could not call home or visit their families while at school, and their families couldn’t be invited to visit, either, except at graduation. It’s also strange to me that Plant Sims can’t fulfill their water needs by drinking beverages. Even so, University Life is now one of my favorite expansions for The Sims 3. Besides bringing the college experience to the game with classic Sims humor, it adds many interactions and objects appealing to a modern young adult and creative demographic, including urban art, portable sketch books, Internet cat videos, the “Gangnam Style” dance, and online social networking. Naturally, the expansion also throws in updated outfits, hairstyles, traits, WooHoo locations, and death types, but I’ll let you discover those for yourself. 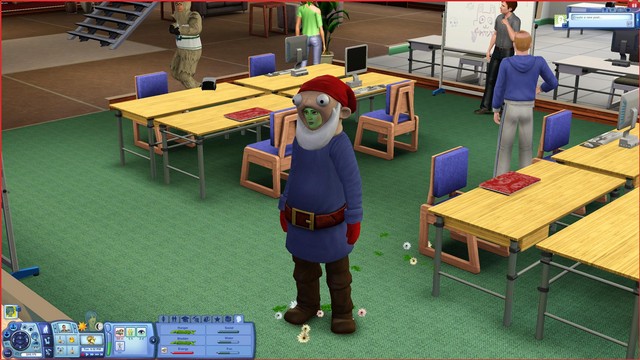 The Sims 3 University Life retails for $39.99 (though I’ve seen it for at least ten dollars less at some places) and is a solid add-on for fans of the game, especially those who enjoyed—or at least didn’t mind—the traveling involved in World Adventures. The Limited Edition version of the game appears to go for the same price and comes with a Partaeus Maximus statue, togas, laurel wreaths, masquerade masks, and the ability to throw toga- and masquerade-themed parties.

I should mention in passing that EA says Island Paradise, the next expansion, is already in the works and slated for release this June. I’m sure I’ll be back this summer with a full report. Until then, University Life offers many hours of fresh content, and I think most TS3 fans will be happy with this one. 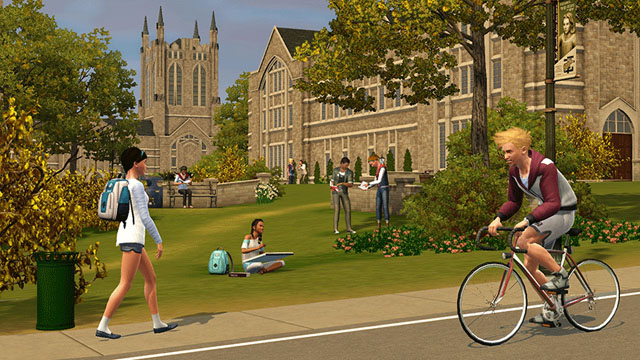 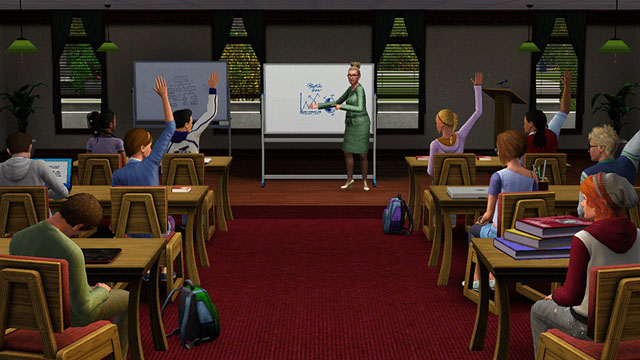 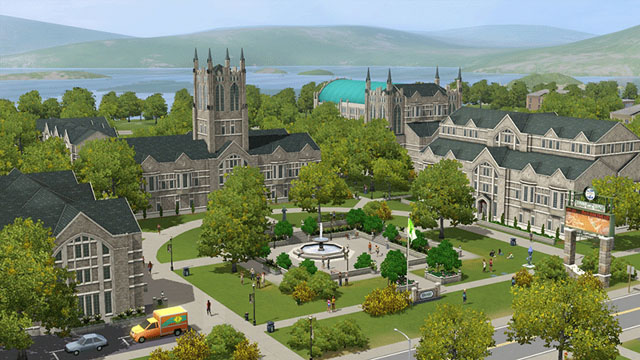 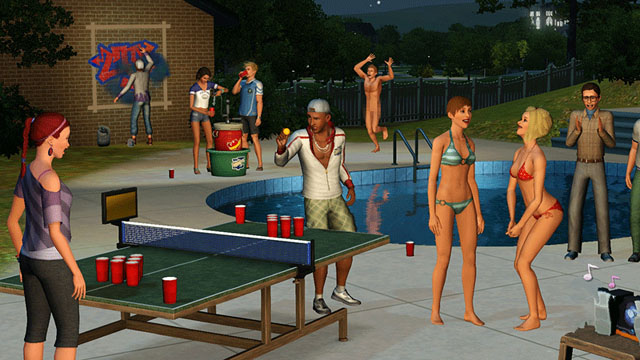 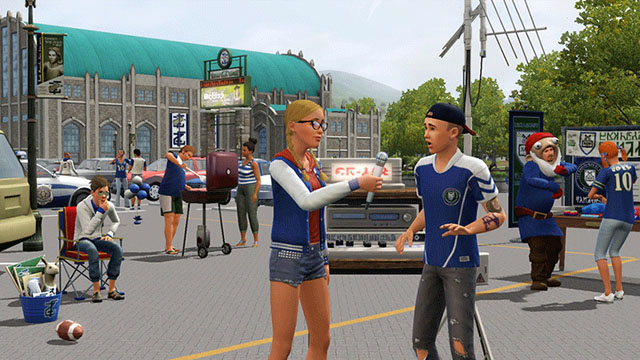 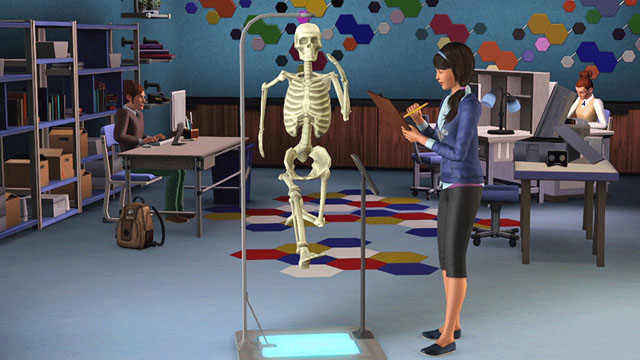 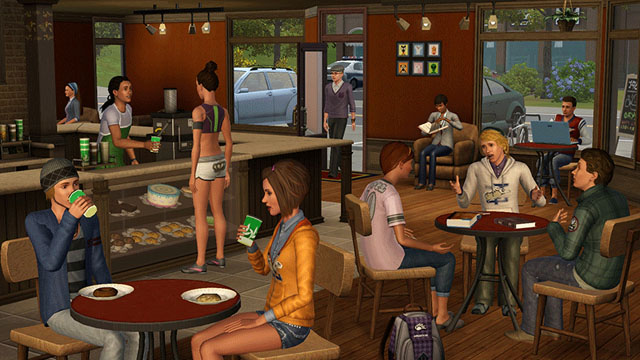 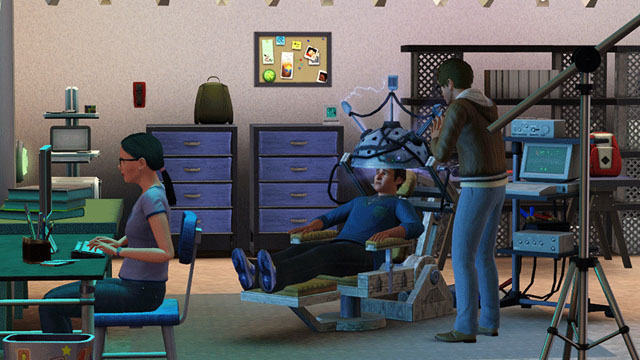 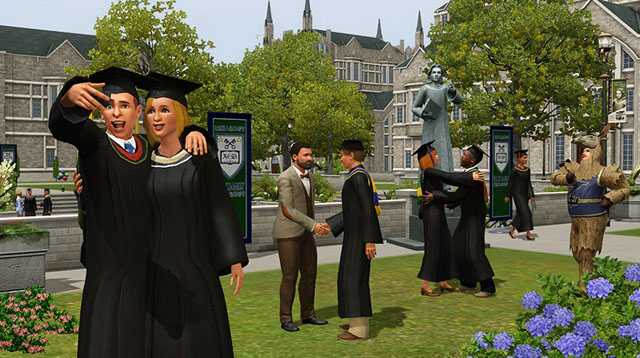