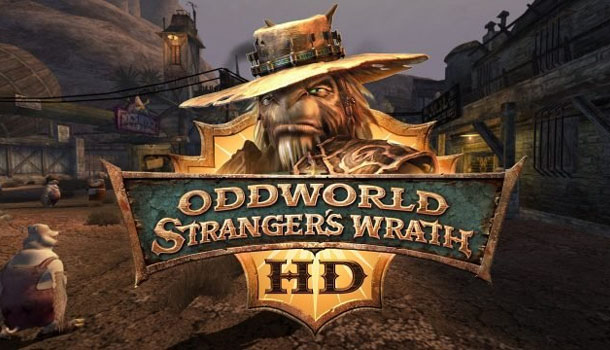 + Runs generally well on the Switch, with quick load times and mostly smooth framerates
+ Refreshingly lighthearted and non-gory for its genre
+ Bonuses awarded for capturing bounties alive adds a welcome layer of challenge and creativity to missions

- Mild issues with controls: jumping feels a little clunky, aiming sometimes isn’t the easiest, and the camera adjustment is at times frustrating as it gets stuck on objects in the environment

An unconventional FPS that has held up well over the last 15 years and plays well on the Switch.

Oddworld: Stranger’s Wrath HD may be a remaster of a 15-year-old action-adventure and first-person/third-person shooter game, but for a game of that age, it’s held up surprisingly well.  Stranger’s Wrath takes place in an arid, dilapidated, low-tech setting charmingly reminiscent of the American Wild West, but alien enough to feel distinct. As the titular Stranger, you’re a bounty hunter bagging up outlaws for moolah to save up money for an expensive, life-saving medical procedure. In the process Stranger also protects the land’s denizens, known as Clackerz, which happen to resemble walking, talking, plucked chickens. That about sums up the flavor of the game, which generally takes itself much less seriously than your typical action-adventure game.

Gameplay is mission-based, with new areas opening up as Stranger accepts specific bounty assignments. You can generally toggle between third- and first-person perspectives at will, with the shooting action done in first person and platforming-type jumping and climbing segments, melee, and running, better done in third person. It could just be me and what I’m used to, but even using an official Pro Controller, I found some of the controls to feel a little stiff or fiddly. For instance, Stranger’s jumps felt almost arthritic at times with how limited they are, and double jumping off a rope was, for some reason, frustratingly difficult to pull off a lot of the time. Aiming was also a little oversensitive and hard to control precisely at times. The biggest issue I had, though, was with the camera, which tended to get stuck on objects in the environment or otherwise refuse to move, making it difficult to peek around corners and such. 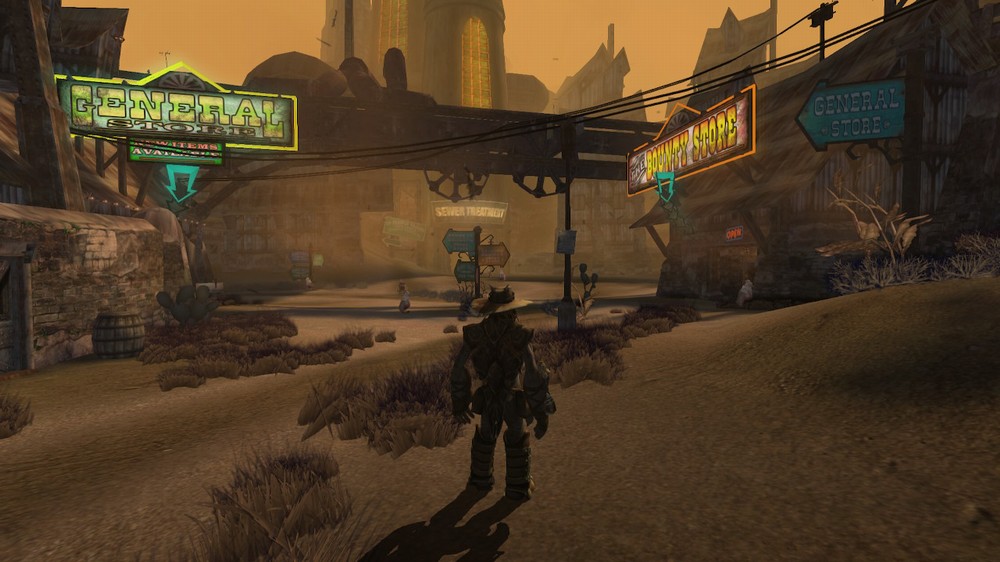 I don’t play a whole lot of FPS, but as someone who usually enjoys action-adventure games and RPGs (as well as the very occasional FPS), I found the combat in Stranger’s Wrath HD to be enjoyable and challenging. Stranger uses a double-barreled crossbow that, instead of traditional bolts, can be loaded with two types of “live ammo” (using each of the two trigger buttons at the top of the controller) at once, allowing the player to mix and match ammo types that work best for a given situation. These “live ammo” are various creatures that you’ll typically hunt down yourself in the environment and that produce varying effects.

For instance, chipmunk-like Chippunks lure enemies to the locations they’re shot, spider-like Bolamites disable weaker enemies for a short time by wrapping them in webbing, and explosive Boombats damage an entire area of enemies at once. The variety of possible effects, along with the incentive to capture bounties alive (as Stranger is paid a much heftier reward for live catches) and the generally well designed levels (many with built-in booby traps that Stranger can put to good use if you find them), combine to encourage a strategic approach to missions that I appreciated. 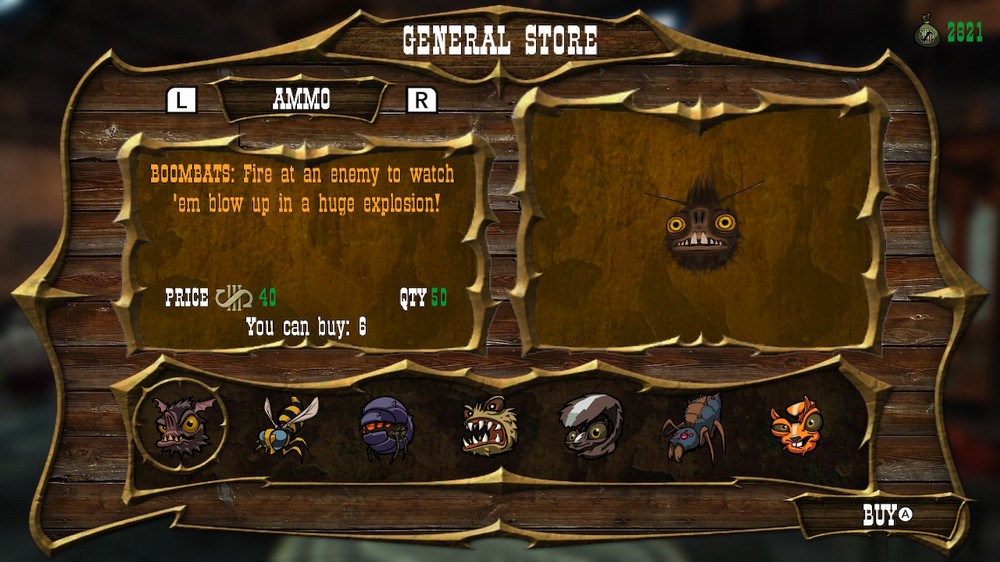 At Normal difficulty, I found that blowing guys up straightforwardly wasn’t necessarily difficult, but by mid-game, there were some bounties that I had a hard time knocking out without accidentally killing them, especially since the appropriately dramatic boss fights at the end of each bounty mission often involve a hard-hitting outlaw that isn’t disabled by your usual tricks and can make short work of Stranger if you attempt to tackle them head on. It’s delightful.

I never played the original Stranger’s Wrath, so I can’t compare the two versions, but though the graphics show their age a bit in the Switch release, especially in the compressed-looking cut scenes, overall, the HD remaster looks good on both a modern big-screen TV and on the Switch’s HD handheld-/tabletop-mode screen. Framerates are generally smooth, though I experienced some infrequent lag, mostly when entering or running through a big outdoor area with a lot going on. Fortunately, it didn’t detract significantly from my gaming experience. All in all, this remaster seems to be a good choice for the Switch, which may not have some other current-gen consoles’ beefier specs but handles Stranger’s Wrath HD quite well. 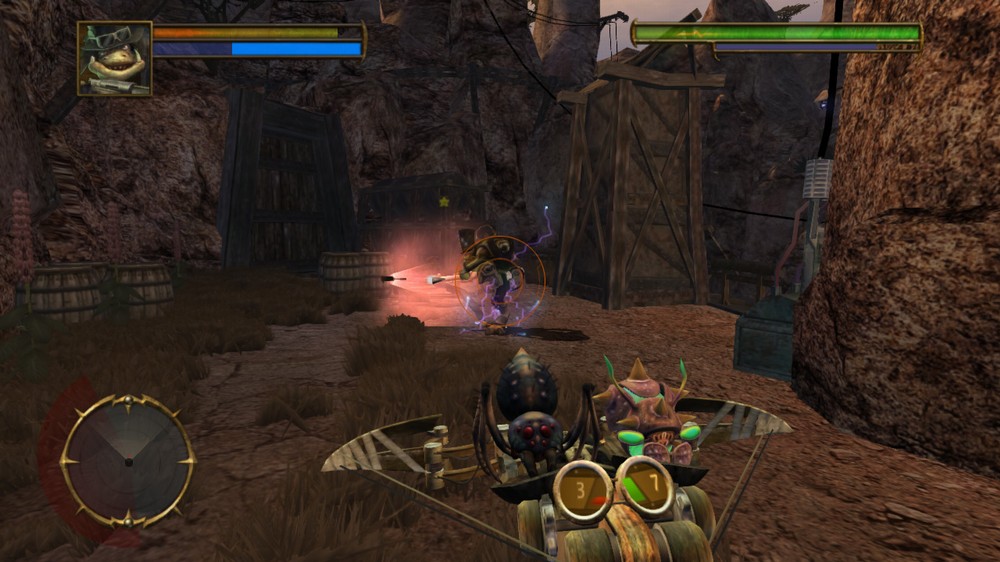 The sound is also good. I have surround sound enabled on my Switch and have it plugged into my home sound system, but honestly, I haven’t noticed mind-blowing sound from any Switch game so far, so it’s hard for me to judge that aspect of sound quality. That said, the sounds and music are clear and crisp, and I got a kick out of the Clackerz’s redneck commentary and the outlaws’ trash talk. The dialogue is great in general, and though the humor can be a bit juvenile (it’s not above a whole mission full of yo’ momma jokes, for instance), I’m certainly not above that, and I love that it doesn’t take itself overly seriously. The Western-inspired soundtrack does a bang-up job of setting the mood, too.

By the way, a quick note to fellow parents of younger children: Strangers Wrath, especially with its emphasis on capturing enemies alive, is more cartoonish and humorous than graphically violent compared to many other games of its ilk, and the NPCs use some mild profanity (no F-bombs that I encountered), but more for humorous effect than hatefully. It’s refreshing to see an action-adventure/shooter type of game that isn’t rated Mature (though it’s still rated Teen for blood, language, use of tobacco, and violence).

In summary, though I can’t speak as to how it compares to other versions of the game that have been previously released (including the original from 2005 and apparently multiple rereleases on PC and other consoles from 2010 to 2015), as a player experiencing Stranger’s Wrath for the first time in the HD remaster version released on the Switch, I thoroughly enjoyed it. It’s well worth the $29.99 it goes for at the Nintendo eShop, particularly if, like me, you missed it the first few times around. 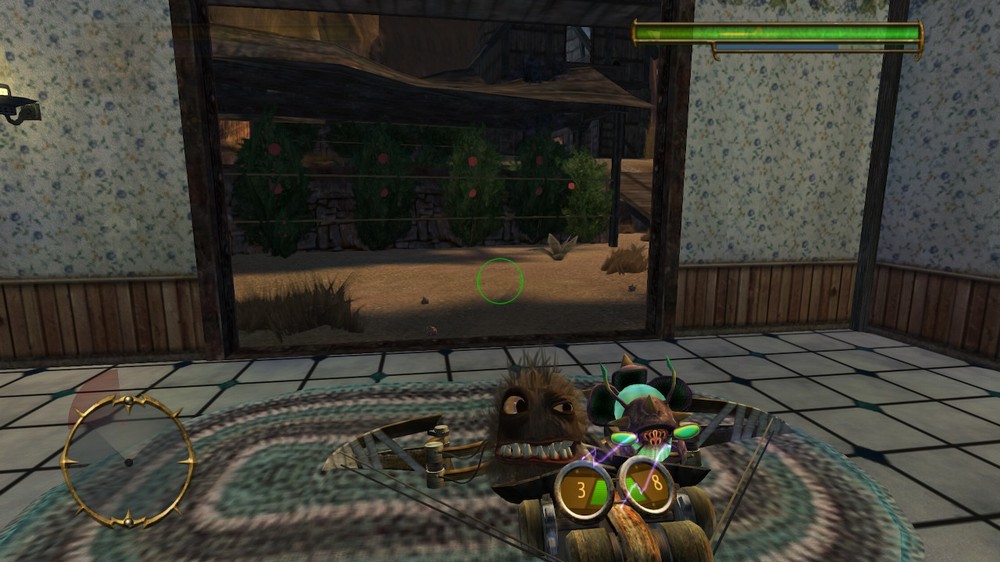 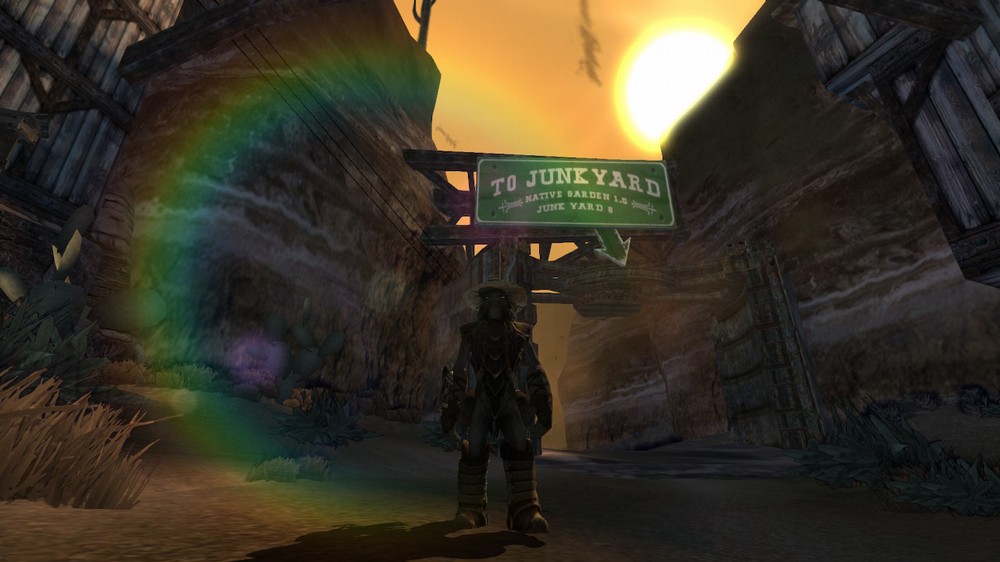 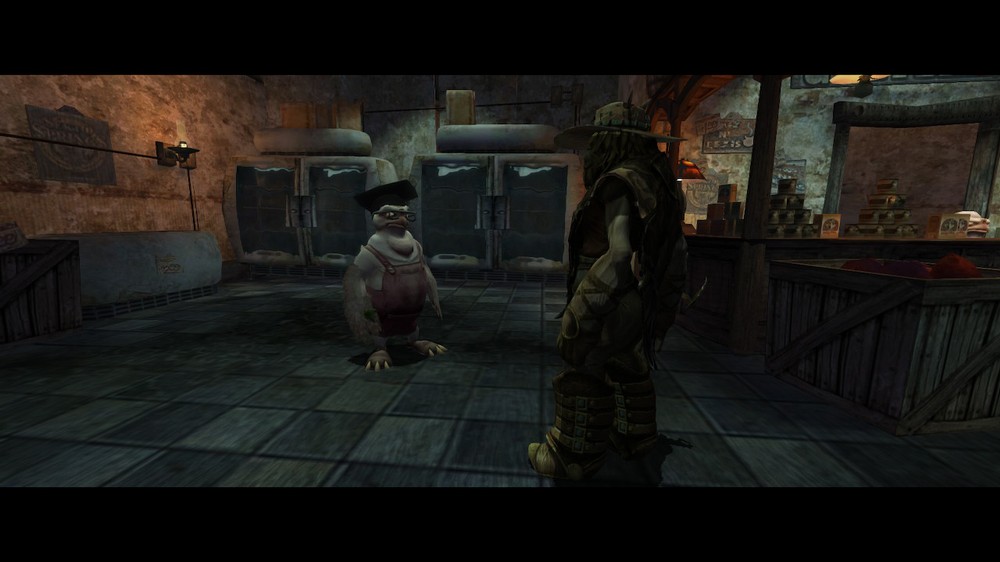 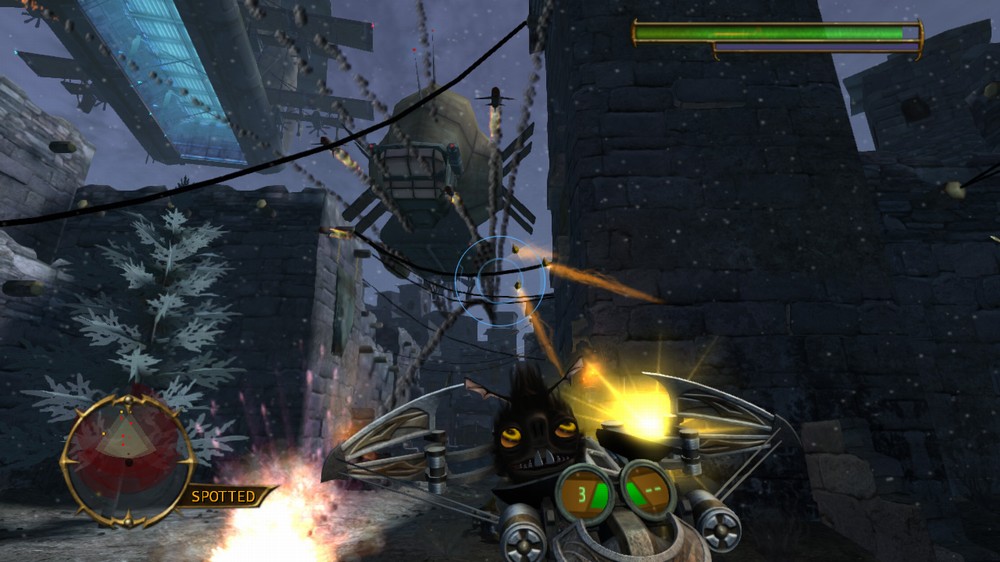