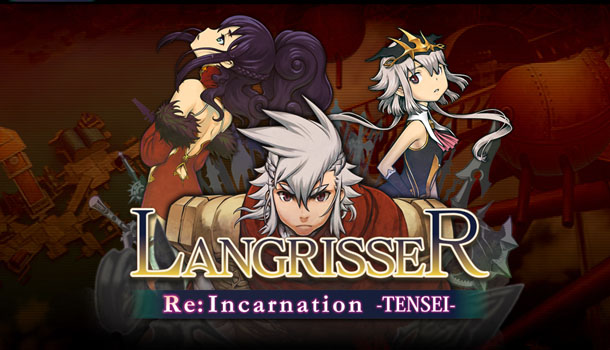 Underneath the rough presentation and glaring faults there is a pretty solid strategy RPG.

I’ve played quite a few RPGs over the years but I recently got the chance to review the newest installment of a franchise that hasn’t been seen in North America for over fifteen years. While there are those people that remember playing a little title call Warsong back on the Sega Genesis it was definitely not on my radar back then. Warsong was in fact the first of the Langrisser series of strategy RPGs that makes its return to North American shores with the release of Langrisser Re: Incarnation –TENSEI- for the Nintendo 3DS. 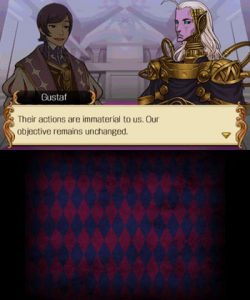 Now I wish I could say that Langrisser’s absence has been leading up to its triumphant return here in the States but well that would be far from the truth. There are a few glaring issues that I will bring up as I go though Re: Incarnation –TENSEI- isn’t without its merits as the actual combat mechanics are quite enjoyable after a few tweaks and temporary button input reconditioning. Long story short folks the traditional A button for confirming and B button for canceling or going back are reversed for some reason. I can’t tell you how many times I’ve hit the wrong button while playing this game.

Langrisser as I mentioned is a strategy RPG featuring fairly straight forward mechanics of the genre. Combat in Langrisser takes place on grid based isometric maps, like its predecessors, across a world heavily inspired by medieval European architecture. I’ve played more than my fair share of sRPGS and I have to say Langrisser has some of the largest maps I’ve ever seen in one. This includes even the starting city of Borcelaine where we meet much of the main cast and our protagonist Ares, new wielder of the titular Langrisser. I often found most of the maps to be entirely too big despite the need to have them in the first place. 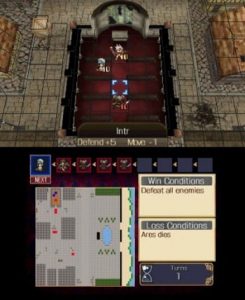 Players will be able to control up to 8 main characters on the battlefield at a time though that is only the start of things. Each of the party members are known as Commander Units giving them the ability to hire troops, heal or use skills. So you can go from being outnumbered on the battlefield to standing a better chance at winning because you will almost always be outmanned by the people trying to kill Ares. To this end, having large maps seems fitting since as long as you have the funds you can pad your forces. On the downside troops cannot level up and are only as strong as the unit that commands them. They do gain stat bonuses if they are within their commander’s range of influence and are healed when standing around them.

It is vitally important to pay attention to both commanding unit, mercenaries and even summons as they all have exactly 10 health points. This goes for your side as well as the enemy so using healing skills is something that should not be skimped on. It should be noted that mercenaries no matter the flavor come in packs of ten with each troop counting as a single health point. This is made known by the painful battle animations that trigger every time you engage in combat. Seriously it’s a bunch of chibis bumping up against each other to inflict damage. These animations can be turned off though luckily. 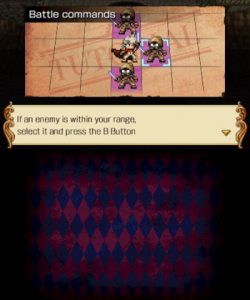 Each level in Langrisser starts with a planning stage where you can purchase these mercenaries, or buy gear and weapons instead with funds that are rather hard to come by. This is also where you decide who to take into battle as some maps will only allow so many main units beside the ones that are required for that scenario. On a more pleasant note, between battles you have the chance to converse with up to three of you allies as a way to build camaraderie as you progress through the story in a way that isn’t just superficial. While it does give you an edge in battle it’s also a great way to get invested in the story.

One thing that I really liked was the questionnaire at the beginning given by Jessica that determined Ares personality and strengths. This effects Ares’s interactions with the rest of the cast as well as his prowess in battle which is good because he’ll eventually become a tank leaving most of his allies in the dust. The thing about Langrisser Re: Incarnation –TENSEI- is that the main unit that gets the kill on an enemy is the only one that gains experience and without a way to really grind to balance out the rest of your allies you’ll be relying on maybe 2-3 characters the entire game with everyone else falling behind or acting as fodder. 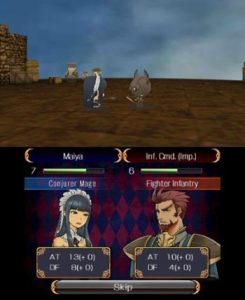 I’ll admit that the graphics really drag Langrisser Re: Incarnation –TENSEI- down along with other issues like the map sizes. Graphics are only one part of a title’s package but it’s the first thing people see when considering a purchase and well Langrisser just doesn’t come through for this player especially with battle animations as bad as the ones here. I will say that I did find the map designs and character stills to be pleasant to look at throughout my playthrough which is good becomes some of the battles can last a while largely due to map sizes and forces on the battlefield. The music in Re: Incarnation –TENSEI- is also pleasant to listen to and the voice acting while completely in Japanese is pretty solid as portraying emotion in the characters.

Langrisser Re: Incarnation –TENSEI- is adventure that is plagued with a few poor key choices in its development that makes it really hard to recommend, especially at the $40 asking price. Underneath the rough presentation there is a pretty solid strategy RPG here that I actually enjoyed with characters that I liked as well. With other much more polished strategy RPGs out now, Langrisser Re: Incarnation –TENSEI- is a hard sell but if you can get past the glaring faults you’ll find a deep sRPG experience.