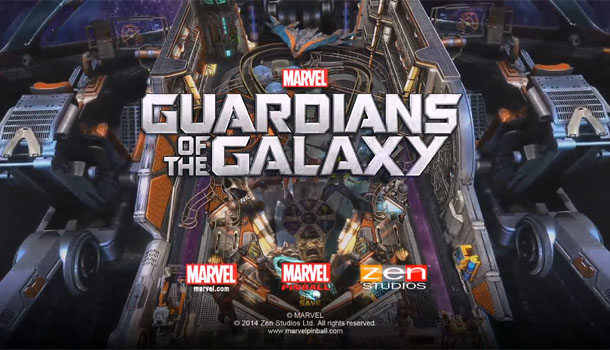 I wasn’t really expecting any videogame tie-ins to the new Marvel Guardians of the Galaxy movie that is dominating the box office this summer; especially a themed pinball table for my growing library of Zen Pinball games.   This table totally snuck up on me with virtually no pre-release hype whatsoever – just one day it appeared in the PS Store.

You can see the game in action in our live gameplay demo:

The table design is incredibly complex with great character art applied to the table surface and 3D models that appear and do battle while you try to keep your ball alive.  There is some great flipper action with intuitive angled shots to send the ball up curving and spiral ramps and plenty of ball locks and special game modes.

My only minor complaint with the game is the rather generic guitar rock soundtrack that can get a bit repetitive at times.  There is a surprisingly robust library of sound clips so the little snippets of speech and one-liner quips won’t get too stale too fast.  The only thing you hear often is “I am Groot” but then again; that’s all he says, and the longer you play the more varied the dialogue becomes as you discover new areas and progress through the challenges.

I played the Guardians of the Galaxy table on PS4, Vita, and the PC.  The Vita version is always one of my favorite guilty pleasures; not just because pinball makes the perfect “quick game” when you have a few spare minutes, but I love using my Vita in vertical mode and getting to see the entire table in a single static screen.  The touchscreen is perfect for launching the ball and tapping the flippers.  The PC version offers up a slightly smoother and more consistent 1080p framerate no matter how frantic the gameplay gets, and the load times are marginally faster, but honestly; you can’t go wrong with any version of the game or this table.

Guardians of the Galaxy is one of my favorite movies of the summer, and Zen Studios has done the film proud with a fantastic pinball translation that will delight fans of the film as well as pinball lovers everywhere.  It’s a $2.99 stand-alone table available on PC, consoles, and mobile devices.  As always, the nice perk to purchasing on PSN is that your cross-buy code will unlock tables for PS3, PS4, and the PS Vita so you can enjoy all the space-shooting pinball action on any Sony platform you own.

Note: We will be covering the Xbox One version of this table as part of our Pinball FX 2 launch review. 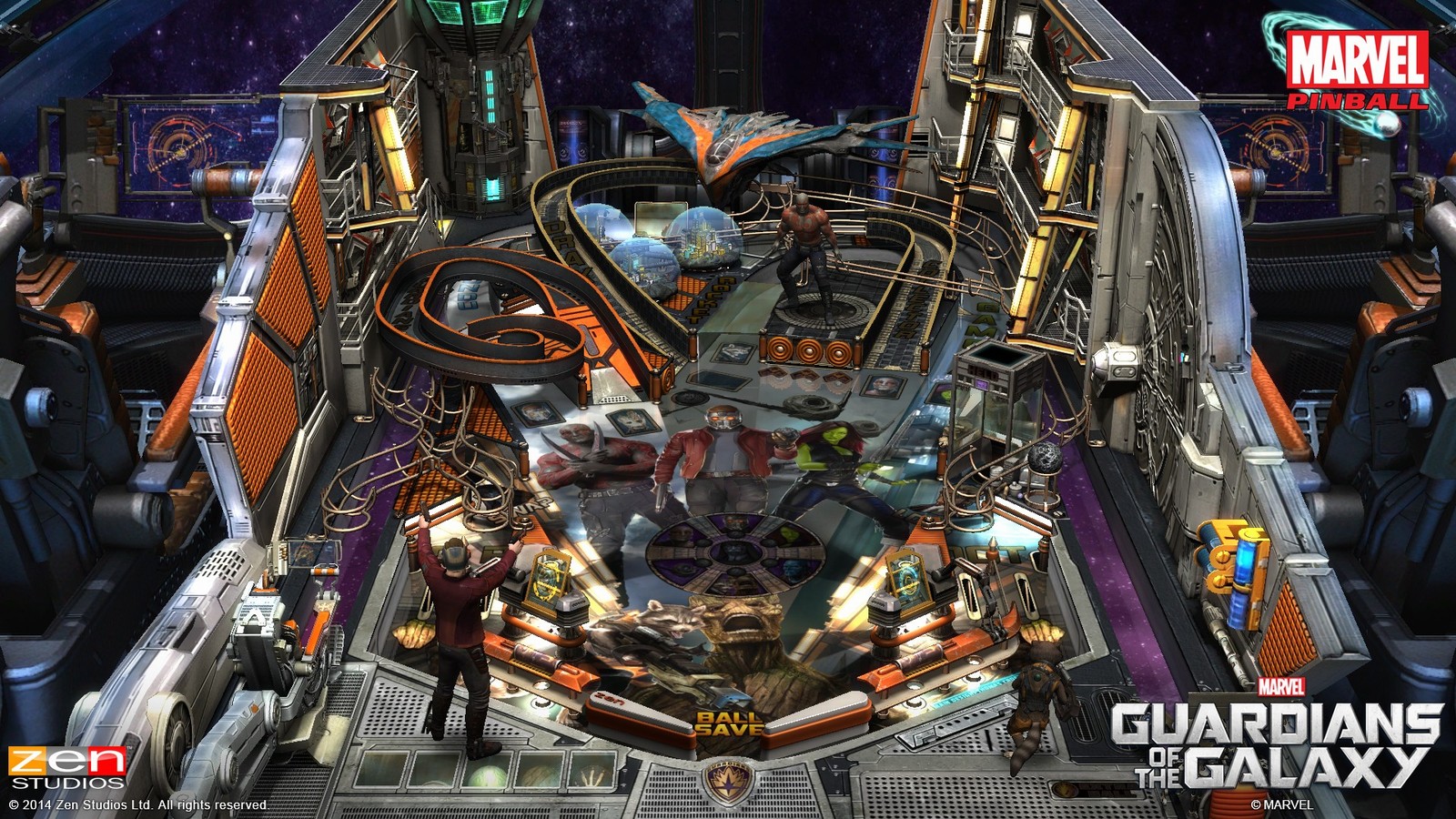 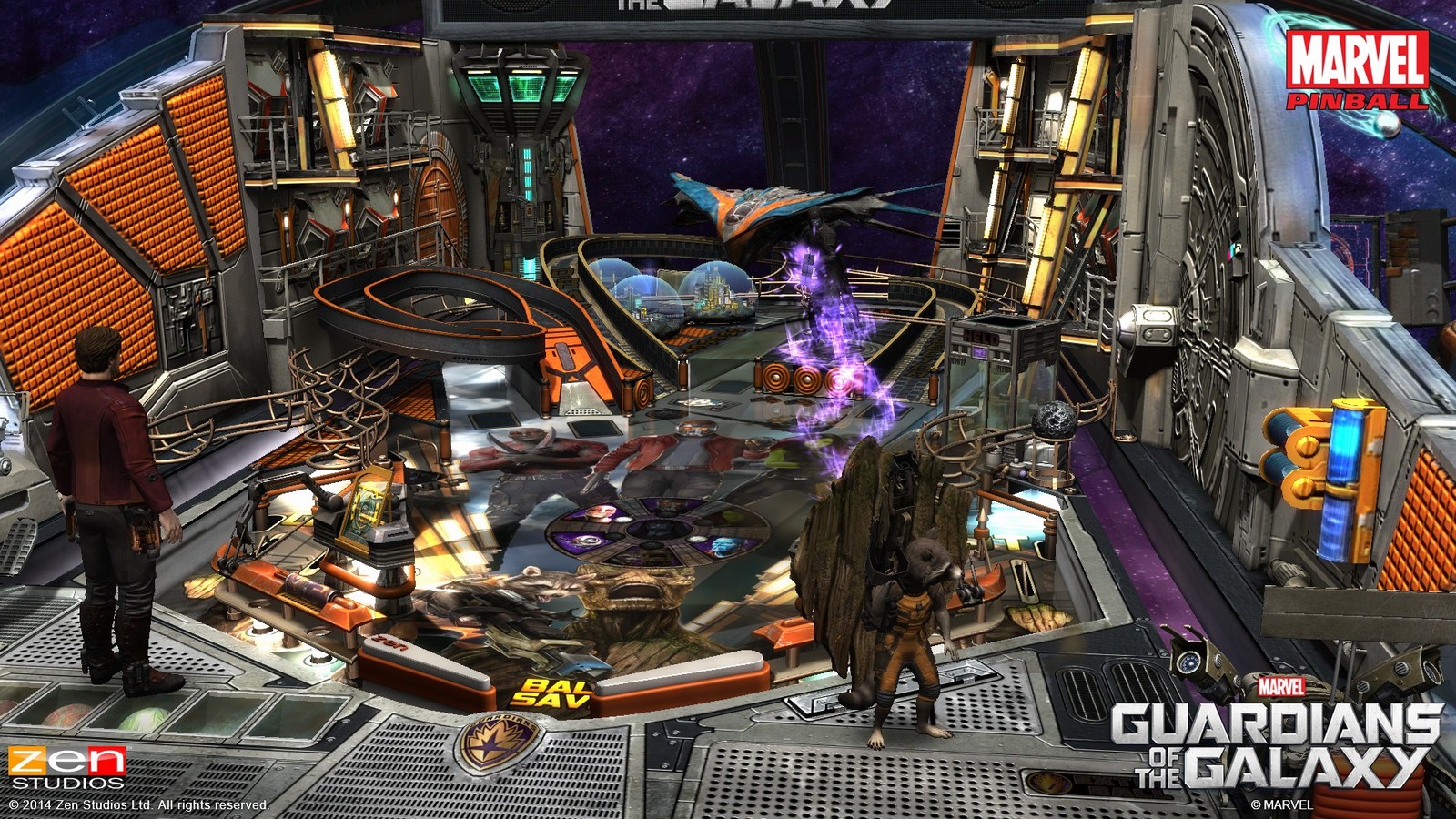 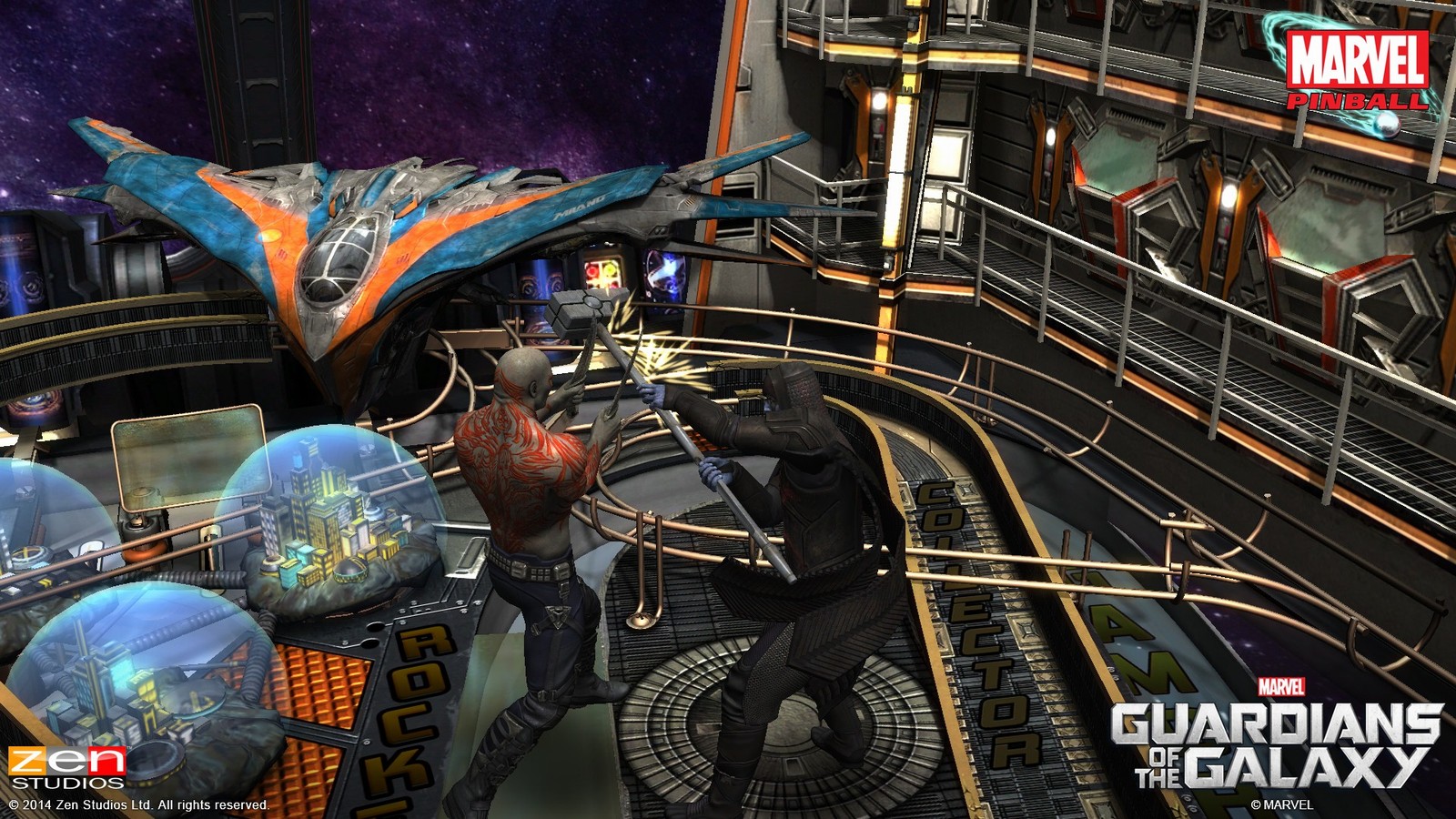 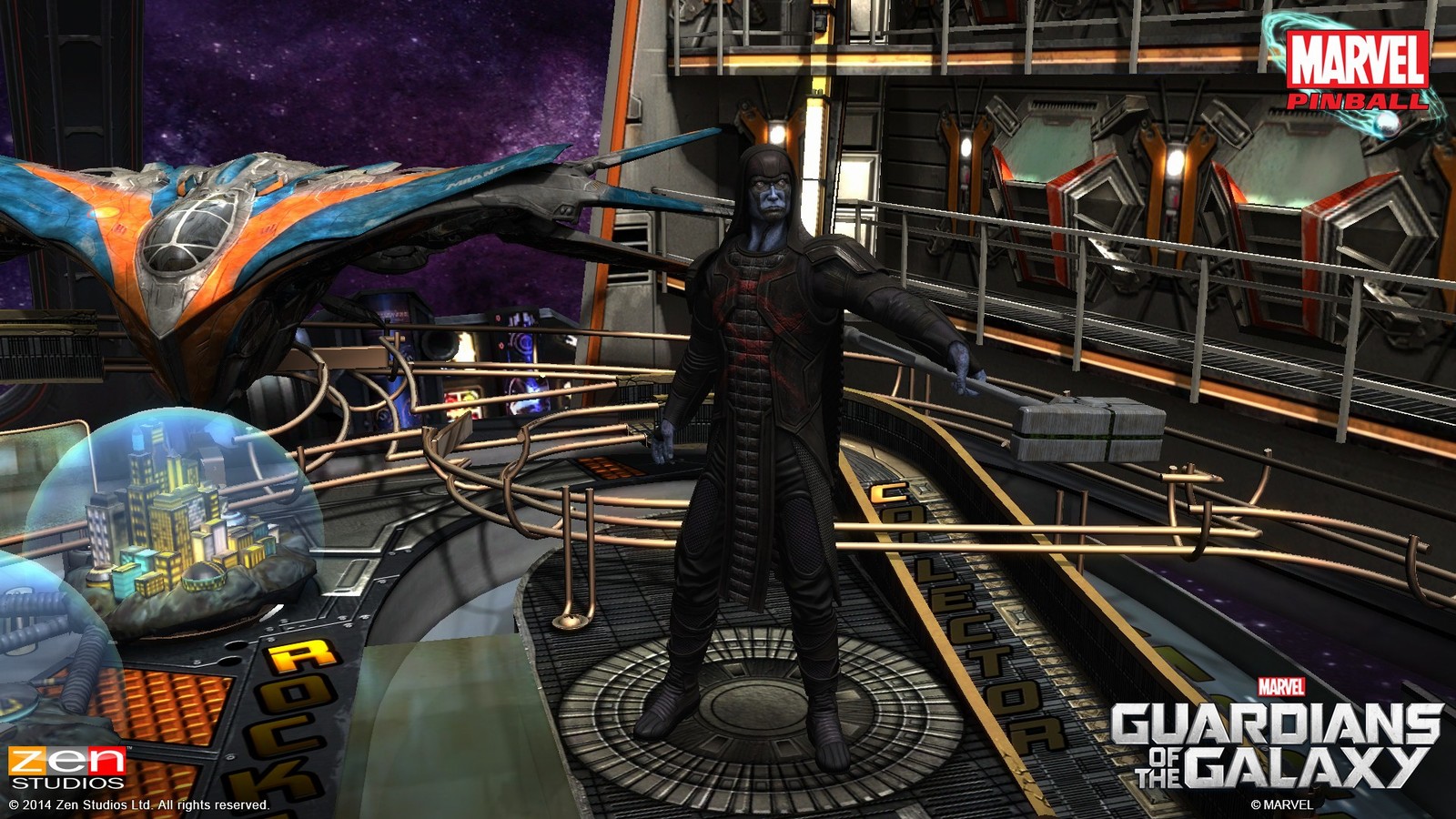 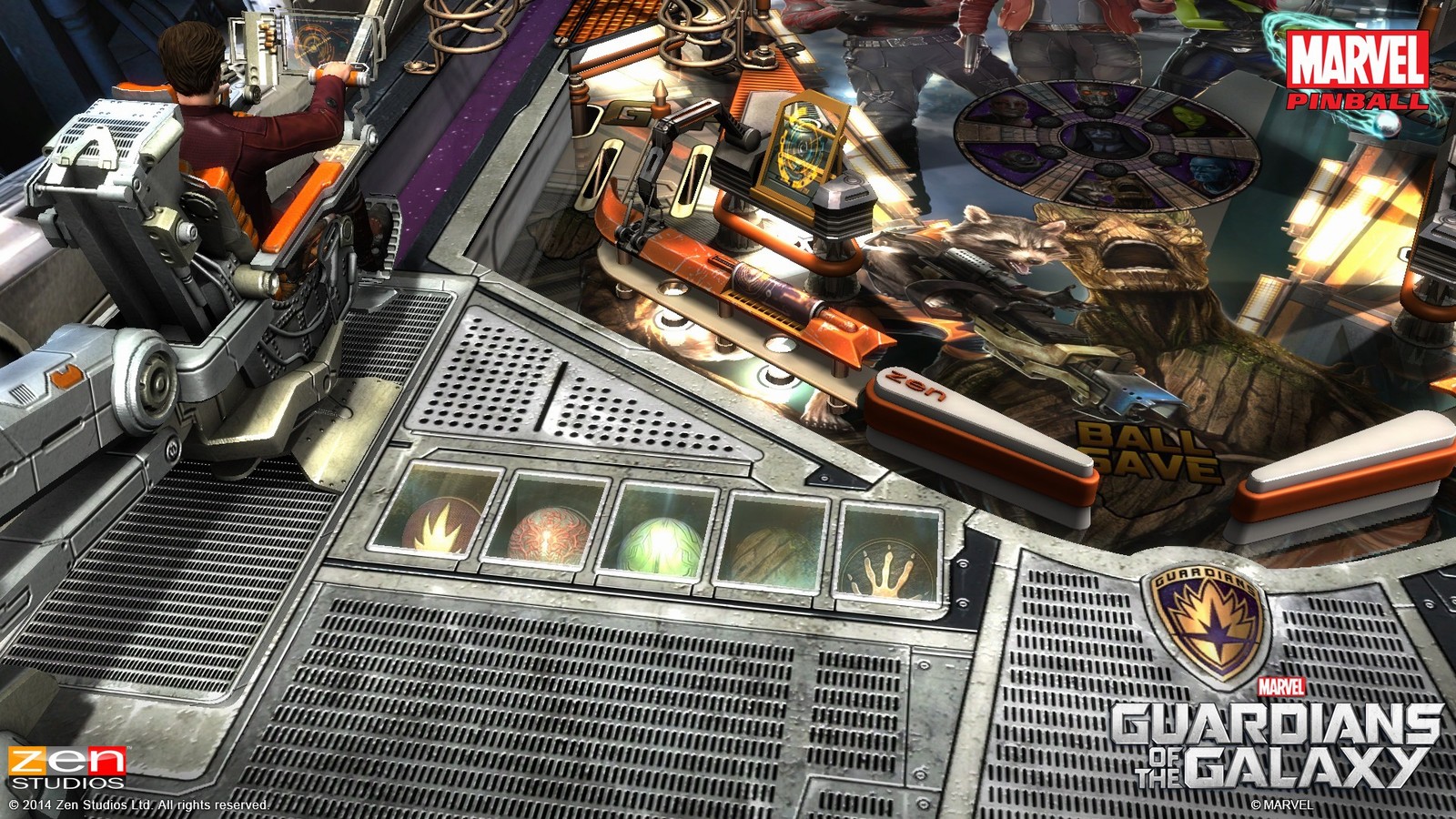 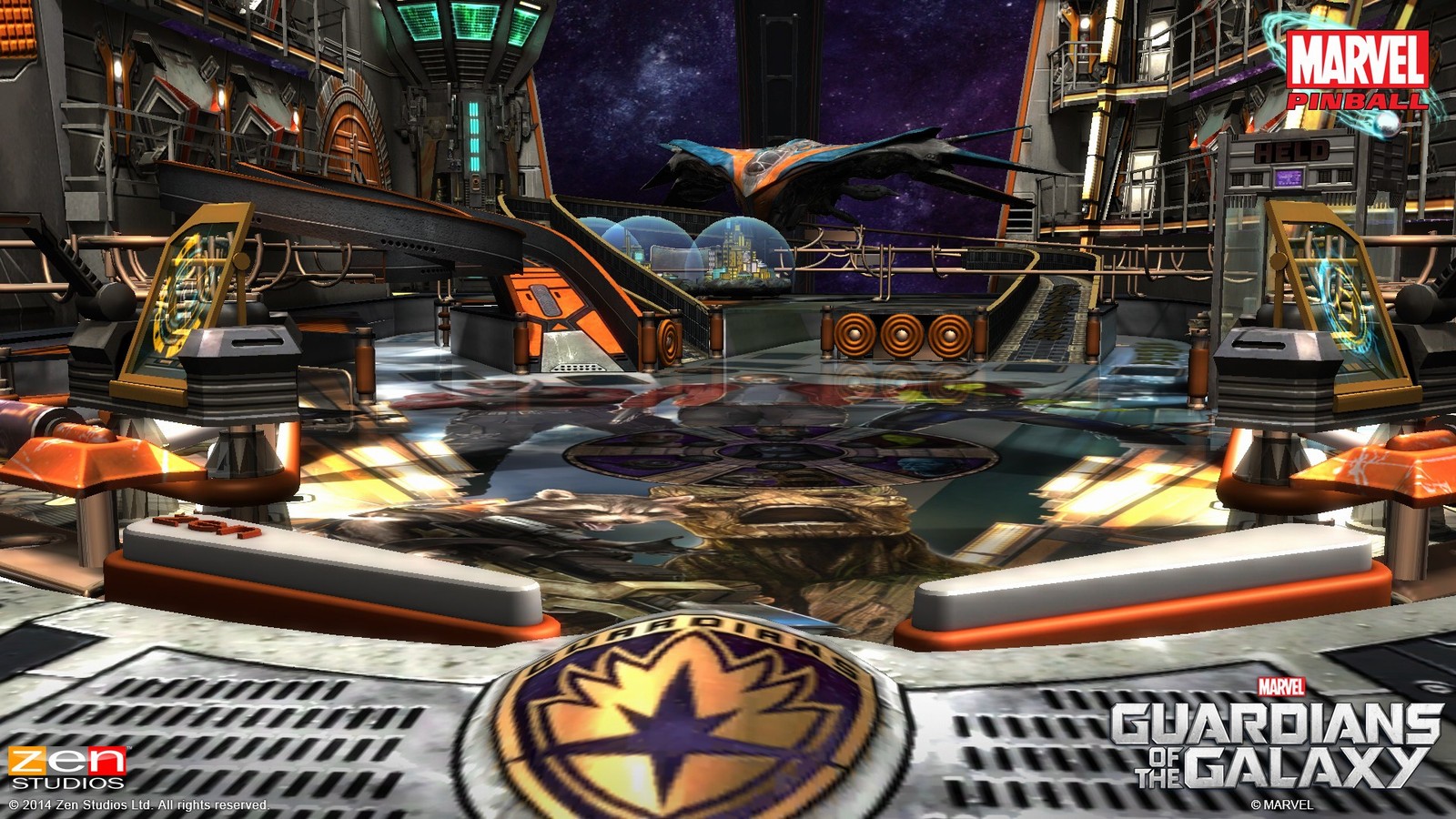