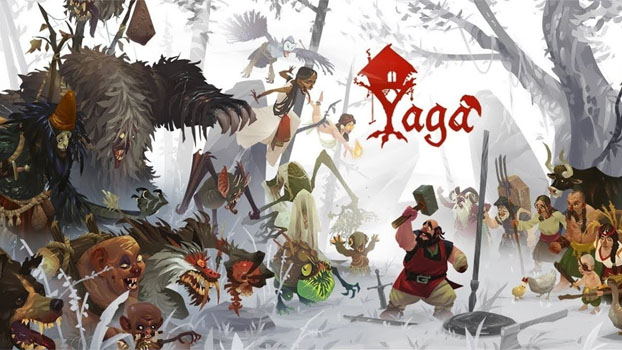 If anything can be said about the past year is that we’ve all been dealt varying degrees of fortune or misfortune. But as many press on through these times, we find ways to move on and make choices that keep up safe right now. Well it so happens I had the pleasure to experience a game where choices can change the very story of Ivan, the one-handed blacksmith with incredibly bad luck, in the Slavic inspired action adventure Yaga for PC.

Yaga right off the bat has a storybook feel to it similar to Grimm especially when you start controlling Ivan as he recants his tale of how he loses his arm to Likho. For those unfamiliar to Slavic mythology, Likho is the embodiment of evil fate and misfortune and in this case is the source of Ivan’s bad luck. His only saving grace was the intervention of another classic Slavic legend, Baba Yaga. Yes the titular supernatural being herself is up to her own schemes with Ivan being the center of it after being slighted by the Tzar. 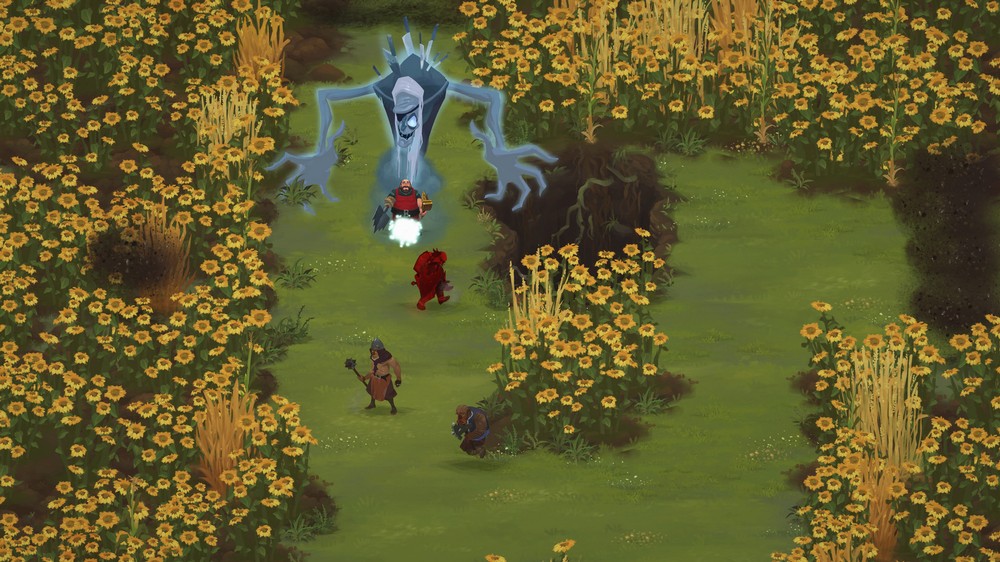 After that you are sent away to find Strength beyond Measure by the Tzar to keep him far away from his kingdom. This is to avoid having his kingdom ruined as he can’t outright kill Ivan himself according to Yaga’s curse. I love how much of the spoken story narrative is in part told in charming rhymes. Conversation and more importantly your choices do play into how Ivan’s personality and reputation is seen. This even plays into what happens in Ivan’s story and the upgrades you can choose throughout.

While you don’t have a lot of options at first you will soon earn materials like ore, enhancements and runes along other blueprints to make things along the way. Breadcrumbs did a great job of making this crafting feature not only easy to use but also a very important aspect of the game. I’m normally not one for crafting in games in general but here it’s actually fun to create and experiment with the different combinations to suit your needs and playstyle. This also where you will create new weapons and tools when you’re others break and they will.

But crafting is only part of the adventure as you’ll be fighting your way through much of the story, or not depending on choices, along the way. The basic combat formula is here with the left mouse click acting as your primary attack and the right click is used to throw your hammer like Thor himself. If Thor was a blacksmith that is. The combat is pretty limited but it is solid with just enough strategy to still be fun. 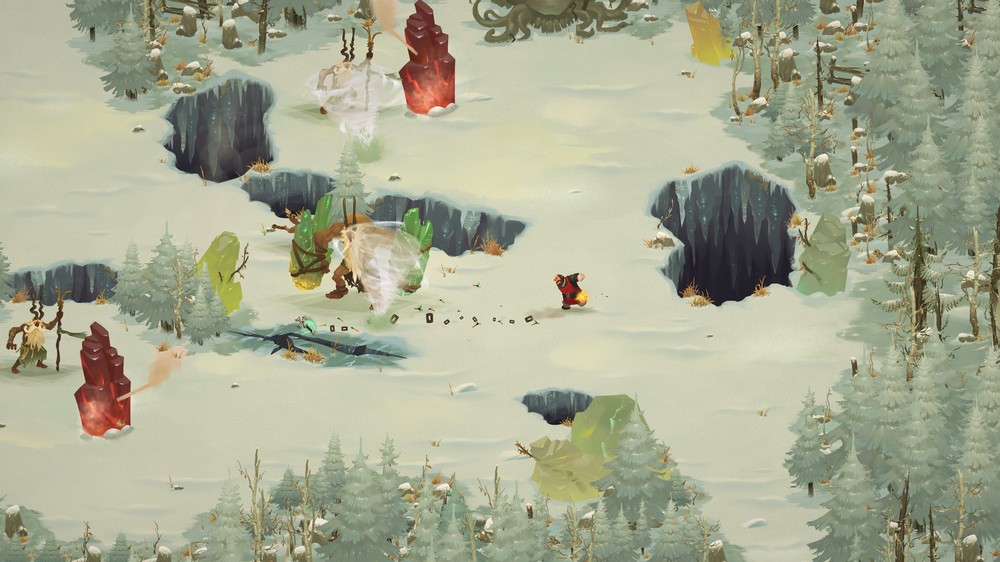 When you create tools like the Cartwheel shield from random items in the world you can then use them with the Shift key to block enemy attacks and even parry them if your timing is right. One of my favorites is the chain and pitchfork that you combine to create a grappling hook. Not only is it useful and needed for getting to out-of-reach places but it’s great for avoiding enemy attacks like bosses.

The combat animations as well as Ivan’s normal movements fit right into the humble, if out of his league, hero as he sort of haphazardly roams through many of the locales.  It kind of tells that Ivan knows he’s been given an unlikely achievable goal but damn if he isn’t going to try. It’s charming and somehow fits right into the absolutely unexpected banger of a soundtrack done by Romanian hip-hop group Subcarpati. I have to say if you’re going to roaming around procedurally generated maps while attempting to complete quests there is no better music than folklore inspired music such as this. You can actually buy the soundtrack and game together or separately if you choose which is nice because I like the music a lot.

Just like with the music Yaga features a lot of detail when it comes to the world as a whole. Each location you visit is unique with its own elements that make you want to explore. I love that while this story is largely based upon Slavic folklore there are other cultures sprinkled throughout like the Maneki-neko inspired cat that Ivan’s babushka carries around. Speaking of details I heavily enjoy the effect that choices have on the game as a whole. 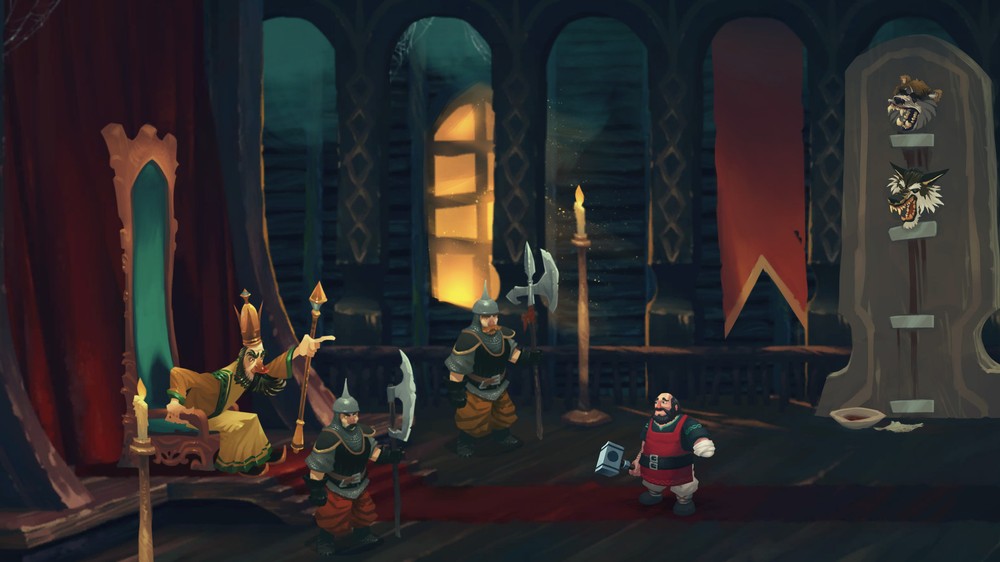 When leaving for mission areas you not only get to choose were you’re going if multiple quests are in progress but what day it is when you head there. Each day choice carries with it a modifier of sorts such as increased fortune or attack damage. If you fall in battle however and wish to retry the area the map is reset and that day option is removed from the options. You also suffer a penalty such as lost items which hurts if you happen to lose your strongest gear.

That’s why crafting is so important in Yaga. You may have to craft more gear whenever you find a forge to do so. This does give you the opportunity to plan ahead a little to craft better weapons and even tools to better suit the occasion such as weapons that inflict more damage to unclean foes. In a nice touch the materials you use also change the look of Ivan’s hammer to signify the effect they are imbued with like the above example makes your hammer look like a Crusader Cross of sorts. 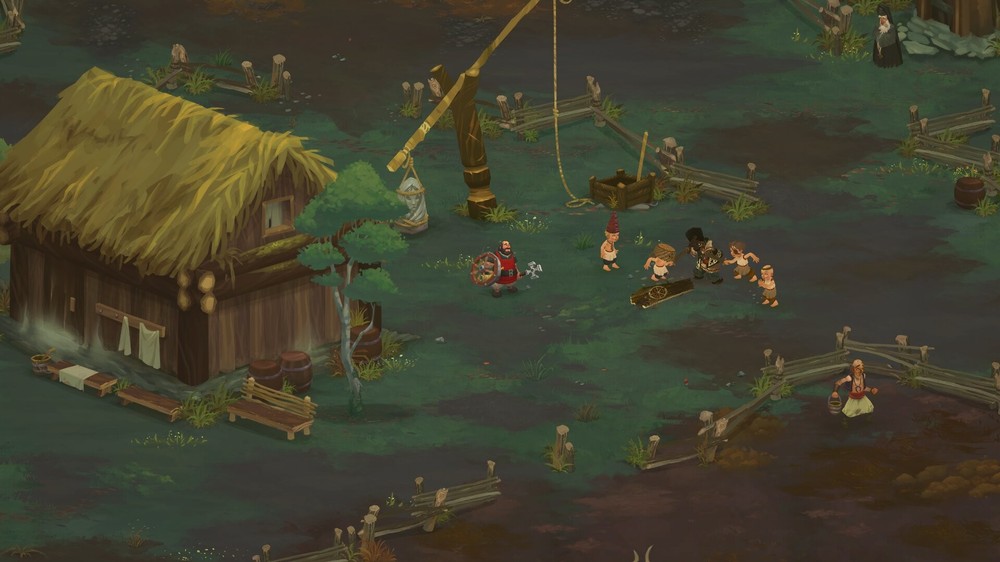 Yaga is not without its challenges despite a fairly simple combat system. This is largely due to the Bad Luck mechanic at the heart of the story. For the most part it’s a pretty manageable feature depending on your choices of course. But at times if things get bad Likho can straight bugger things up for you including stealing your money, disarming you (your weapons only this time) and even breaking your weapons in the middle of a fight. To say the least this can be frustrating and almost unfair particularly in endgame. But that’s the whole point really. You define the story based on your choices and outside of certain moments it all comes down to YOUR actions no matter what difficulty you choose to embark on.

Even with that in mind Yaga was an absolute blast to play. I love games that take choices and make them have a real impact on a story or the character or in case both. For me a lot of little pieces clicked for me from the awesome score right down to the storybook elements and the spoken dialogue. So if you like folklore, storybook adventures and choices that matter you have to check out Yaga available now for PC. 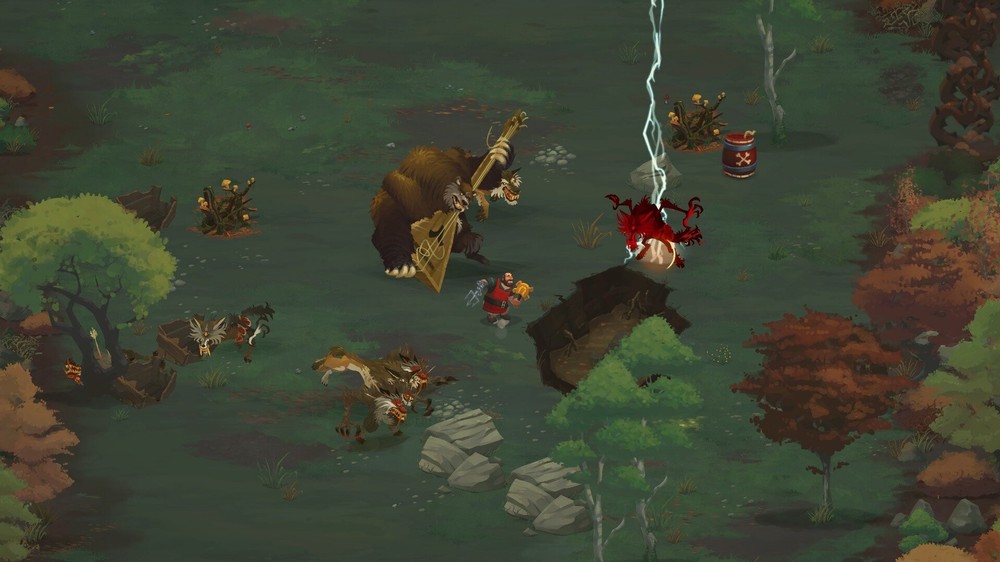 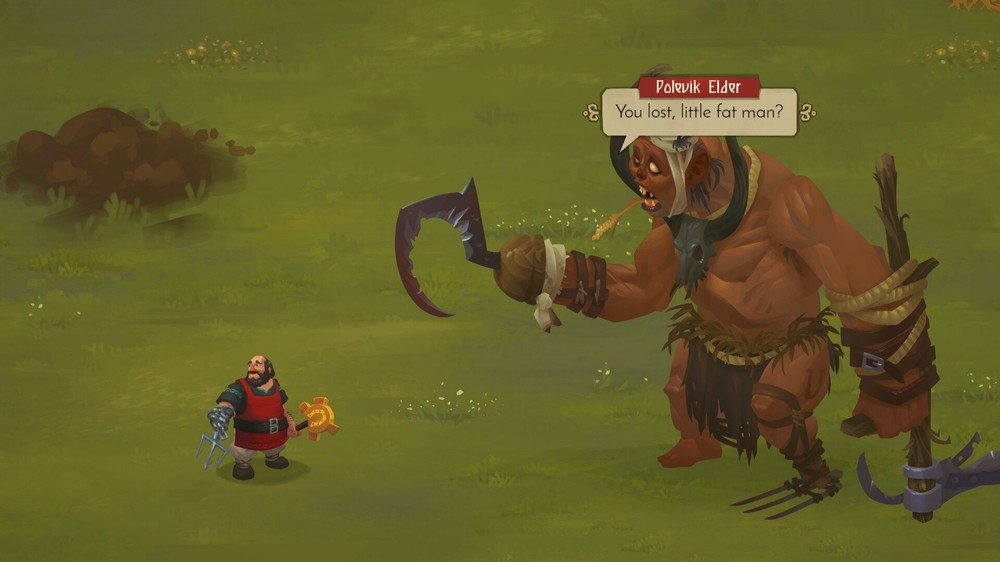