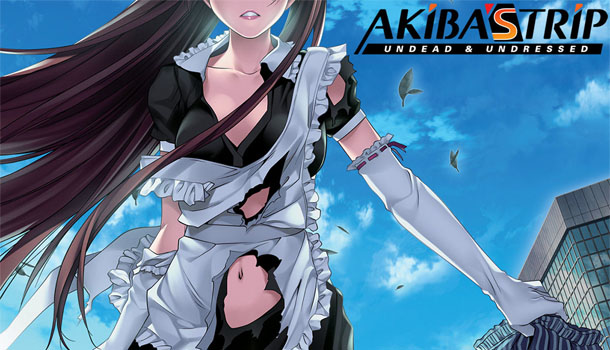 XSEED Games, the independent-minded console publishing brand of Marvelous USA, Inc., today announced that the supernatural action RPG title, AKIBA’S TRIP: Undead & Undressed, has launched for the PlayStation®4 computer entertainment system. The PS4™ system version offers the best-looking Akiba’s Trip experience ever, with a host of new features exclusive to this next-gen edition: “Toybox Mode” offers players an all-inclusive experience from the start, the built-in “Visual Editor” makes it possible to completely alter the game’s appearance, and livestreaming chat commands give viewers a chance to join in on the action.

In AKIBA’S TRIP: Undead & Undressed, players take an eclectic trip through a meticulous recreation of Tokyo’s “Electric Town” district, Akihabara (Akiba for short), where they will engage in real-time action RPG-style battles against vampiric foes called “Synthisters” who prey on the district’s anime- and game-obsessed patrons. They feast on their victims’ social energy and will to live rather than their blood, and only direct exposure to sunlight can stop them in their tracks. So, naturally, the logical thing to do is strip them down to their skivvies and watch them melt away!

This PS4™ system edition includes features that help players further customize their Akiba’s Trip experience. “Toybox Mode” allows the protagonist to begin his adventure with one of every weapon and clothing item in the game – though such perks come at a price, as Toybox Mode players are precluded from earning any trophies or post-game unlocks.

Those looking to slay Synthisters in true manga style, then, can utilize the newly-added “Visual Editor” to customize virtually every aspect of the game’s look, including line thickness, color and contrast settings, fog, motion blur and more. Preset graphical modes are also available, for those who prefer a more directed approach.

Additionally, livestream players can now have their audience members share in their exploits via chat commands, which allow viewers to directly affect the experience in decidedly unusual ways.

These features are rounded out by enhanced visuals with 1080p HD support, more detailed character models, a new lighting engine, all the DLC items from the PS3™ and PlayStation®Vita system editions, and much more. And as with its predecessors, this PS4™ system version includes Dual Audio with English and Japanese voiceovers, additional male strip portraits, and the same satirical narrative players have come to know and love, still dripping with nods to Japanese anime, game and internet culture.

More information on the game can be found at www.akibastrip.com.