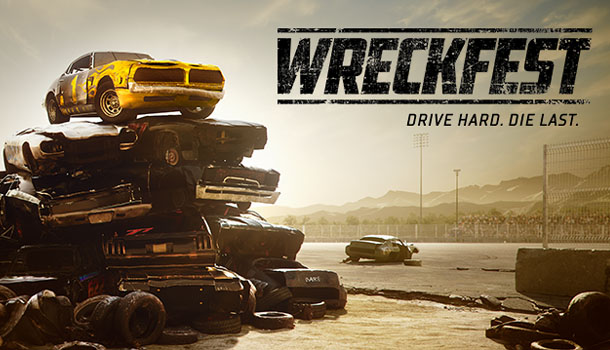 It’s taken nearly two years for Wreckfest to arrive on the new PS5 console while PC and Xbox gamers have been smashing their cars since late 2019.  But good things come to those who wait and I must say the PS5 version of Wreckfest might be the smoothest and most reliable port to date.  With the exception of three fatal crashes over the span of 18 hours of play, I was very impressed with my latest playthrough on Sony’s new console, including load times that are now less than 10 seconds.  PC and Xbox are still 30-40 seconds.

For those that haven’t read my other reviews I enjoy getting to drive race cars in real-life; everything from Indy and F1 to NASCAR and rally cars. The one thing you never want to do is crash one of these million dollar machines, so playing a game where the main intent is to smash into other vehicles goes against every fiber of my being, even if you are driving a piece of crap held together with duct tape and chewing gum. Wreckfest fills in the niche of a true demolition derby game and does so brilliantly with all sorts of race modes, track designs, and a massive garage of vehicles ranging from cars and trucks to riding mowers and farm equipment. You can even drive a motorized couch! 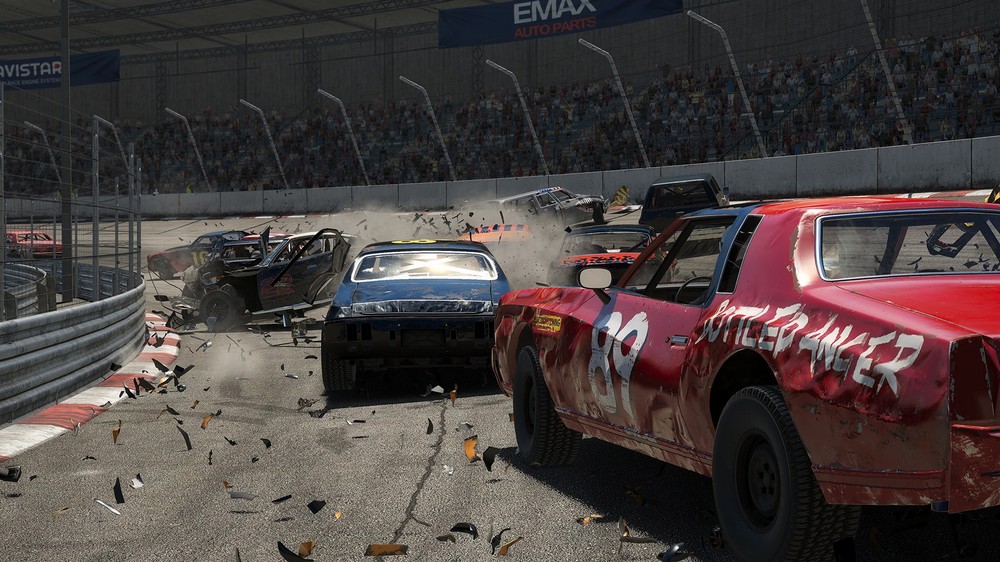 Wreckfest offers a comprehensive solo career mode as well as some crazy multiplayer action. The career mode is divided into panel events that can be either a solo race or a short series. You’ll earn points for finishing in top positions and there are star challenges available that will really test your ability to smash and dash while still trying to win the event. You might be asked to spin out a car or crash them out of the race or merely inflict x-many damage points to the other racers. Some crashes might even trigger a rivalry with a specific racer.

Events take place on a variety of tracks with a mix of dirt, mud, and pavement. Most tracks are circuit designs but there are some figure-8 tracks tossed in to clench your butt cheeks when driving through an intersection with high-speed cross traffic twice per lap. And there are open arena designs like fields and parking lots or mud basins for those nerve-wracking last man standing events. The demolition derby battles are surprisingly strategic in that you need to stay alive until the end but also need to inflict enough damage to meet any star challenges and make contact with cars often enough that you don’t get disqualified. 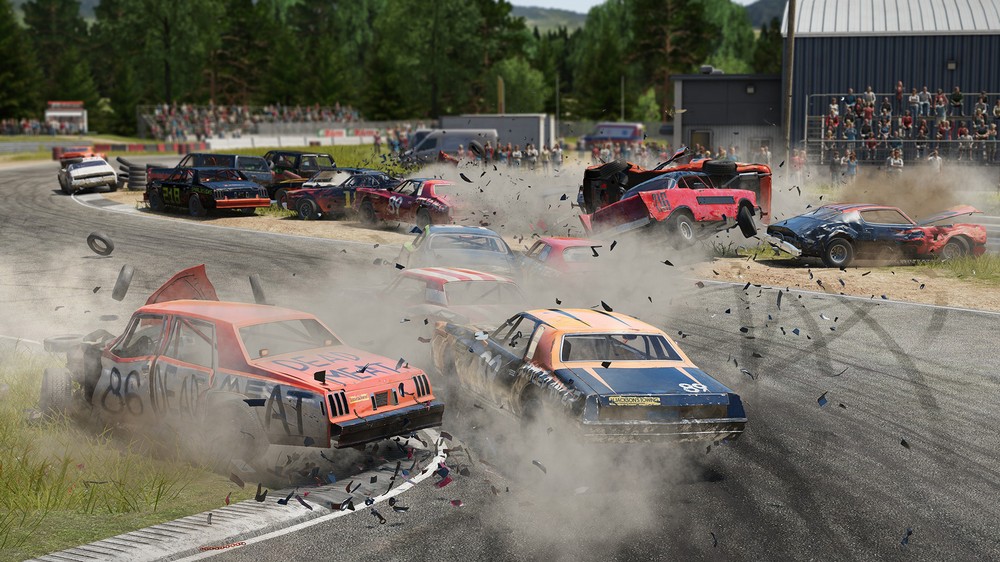 In a world where casual racing games seldom depict damage I was blown away by the physics and damage model in Wreckfest.   Cars are constructed from individual parts which dent, crush and fly off, but they also impact car performance. If you bend a wheel expect your car to pull to the side. If you damage your engine expect your speed to decrease. Pop-up alerts indicate when damage occurs and a visual indicator shows damage on all parts of your car, so when that front bumper eventually falls off you might want to start driving in reverse.

The driving physics are really good, tipping in favor of arcade versus sim, but the vehicles definitely have a weight about them that makes each a new experience to drive. You can see cars tip on their suspension in tight turns and it’s easy to wipeout on a hairpin if you haven’t braked properly before getting there. There are some turns at the top of a rise where my compact will simply roll over if I’m going too fast. This same level of physics applies to collisions as well, which are some of the best and most realistic I’ve seen. 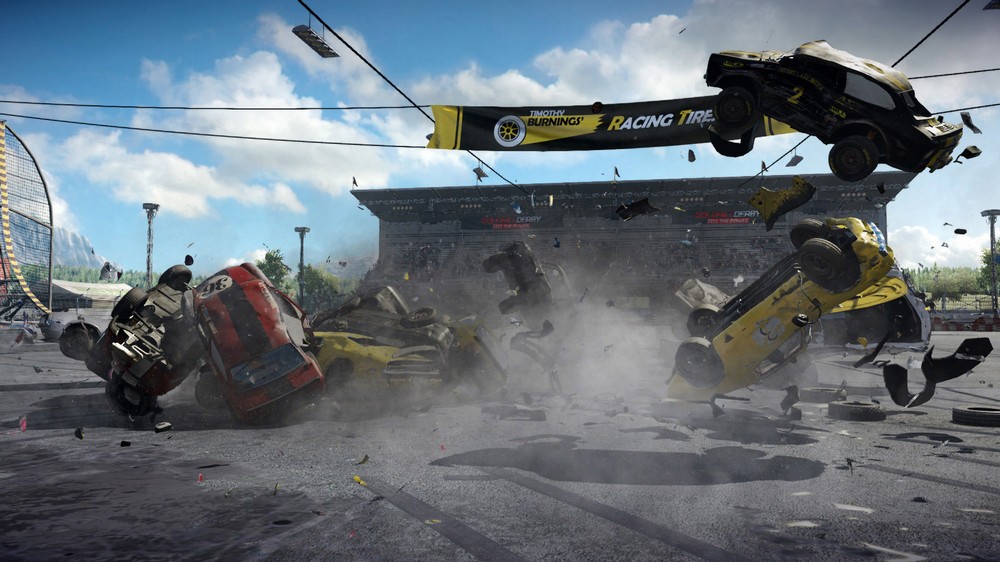 Driver AI ranges in quality with one or two cars always racing ahead giving you something to overtake while most of the pack falls quickly behind. Of course when you have goal that require crashing into other cars you can’t simply race to the lead and hold it. You have to let a few drivers get past you so you can smash, crash, or spin your way to those stars. Rubbin’ is racing so use those other cars as buffers or mobile guardrails on tight turns.

From a technical perspective Wreckfest looks fantastic with scalable support for 4K resolutions and all sorts of visual tweaks to lock down that 60fps that all racing games want. There are moments of photorealism in the game, especially in those golden hour moments where the sun is shining just right and the lighting and shadows are popping.   Tires leave tread marks, dirt and dust kick up behind the cars, and I never get tired of smashing into a stack of tires and watching them go flying and bouncing onto the track. You can drive from multiple views, and while I typically prefer the dash or hood cam, all too often car damage can obscure your view and make the game virtually unplayable.  Demolition derby events are best played from outside the car for strategic awareness, plus you drive these events mostly in reverse.  The DuelSense controller offered some great haptic feedback that really connects you to the track so you can feel your wheels slipping on the various surfaces.  Even brake damage was represented with vibration in the left trigger and the DuelSense speaker was used to play subtle sounds of the car interacting with the environment, making this the most immersive way to play the game without a wheel and pedal setup. 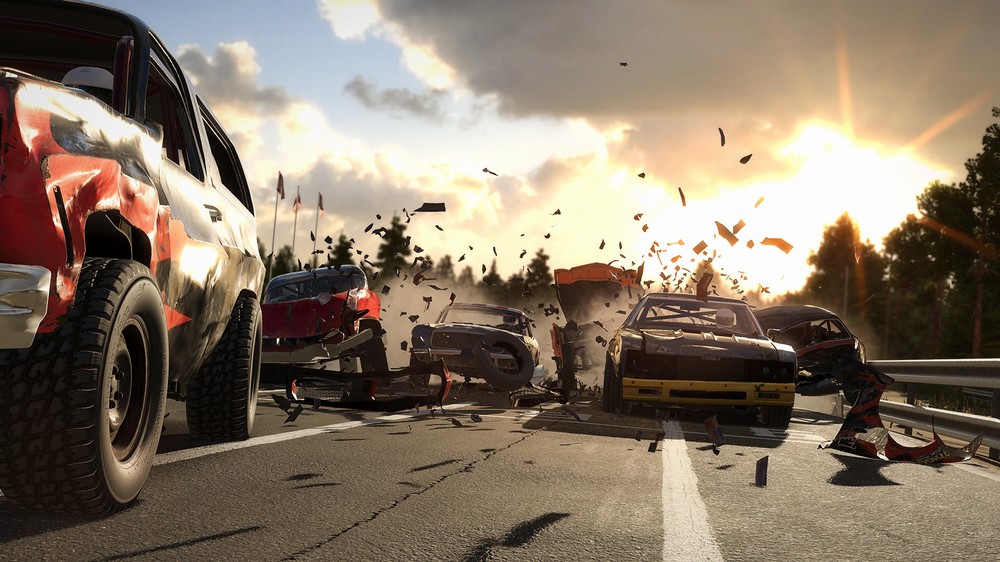 The audio was a bit off for me on this one. The engine noises for most of the cars were okay and varied enough, but didn’t really change with any of the upgrades you install; especially manifolds and exhausts, etc. The riding mower engine sounds nothing like any riding mower I’ve ever heard; more like a blender on margarita night. The soundtrack is purely subjective and personally I didn’t enjoy it but I didn’t mind it either. I turned that section of the sound down to about half and tuned it out. It’s mostly this angry heavy metal and grunge rock, which I suppose is appropriate for this genre, but in the back of my mind I wanted to hear the Dukes of Hazzard theme song.

The last true demolition derby game I can remember is Destruction Derby back on the PC and original PlayStation in 1996 (damn I feel old), and while many other racing games have included their own variations of the sport, Wreckfest is the first game in decades to embrace the sport of demolition derby and high-speed crash racing. If you’re tired of flashy supercars and pristine racing venues with towering grandstands then you might be ready for some true redneck racing where, depending on the event, your only goals are to finish first or finish last. 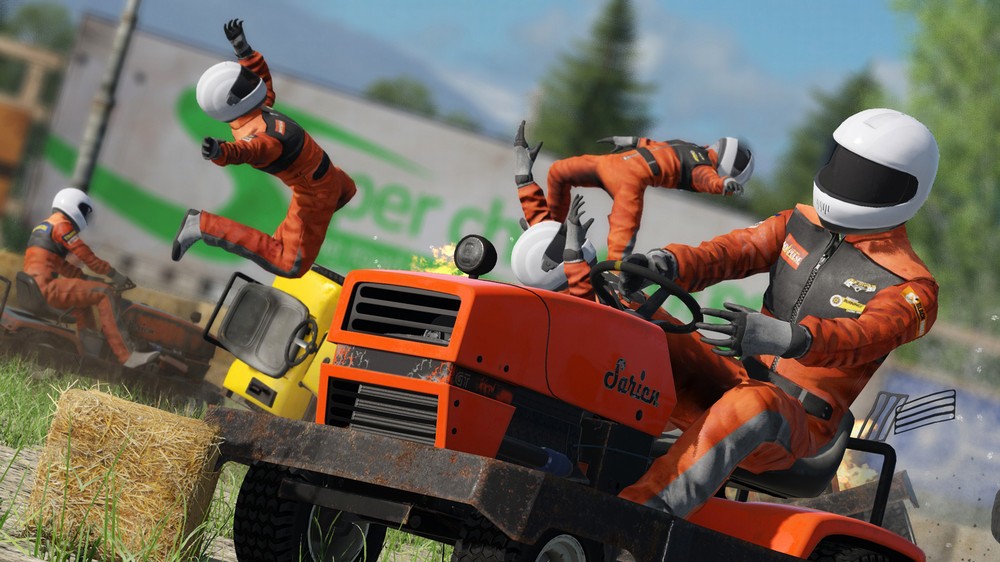 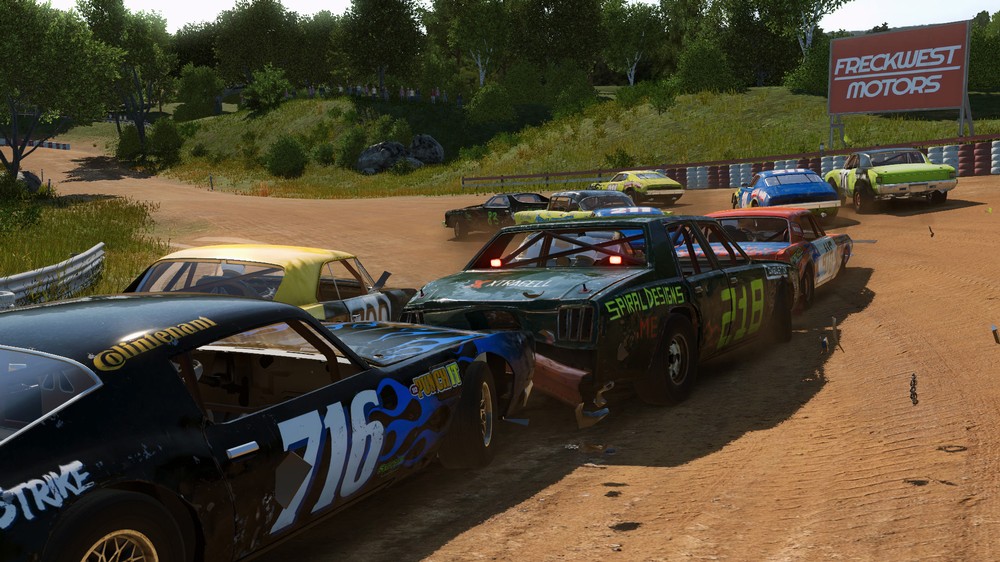 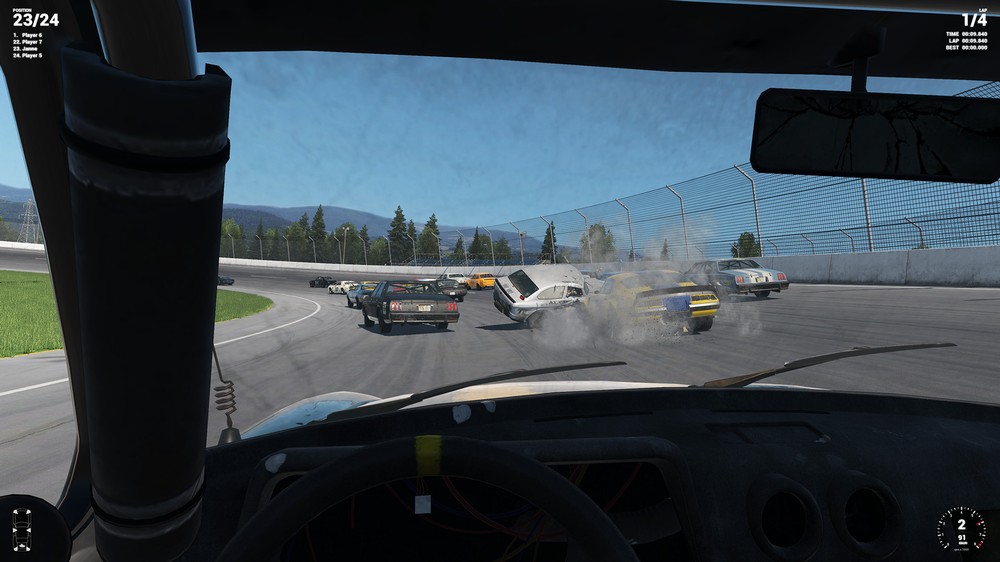 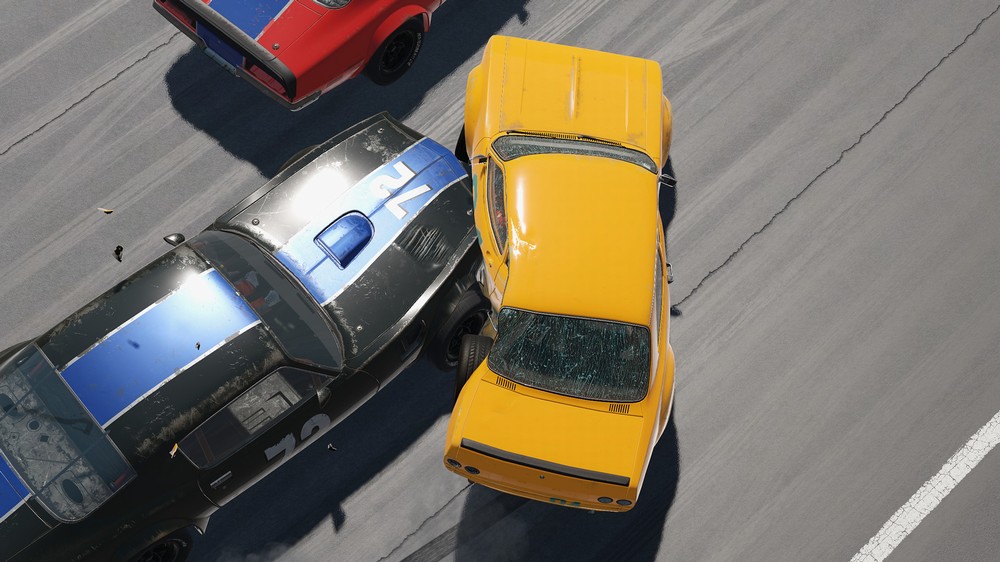 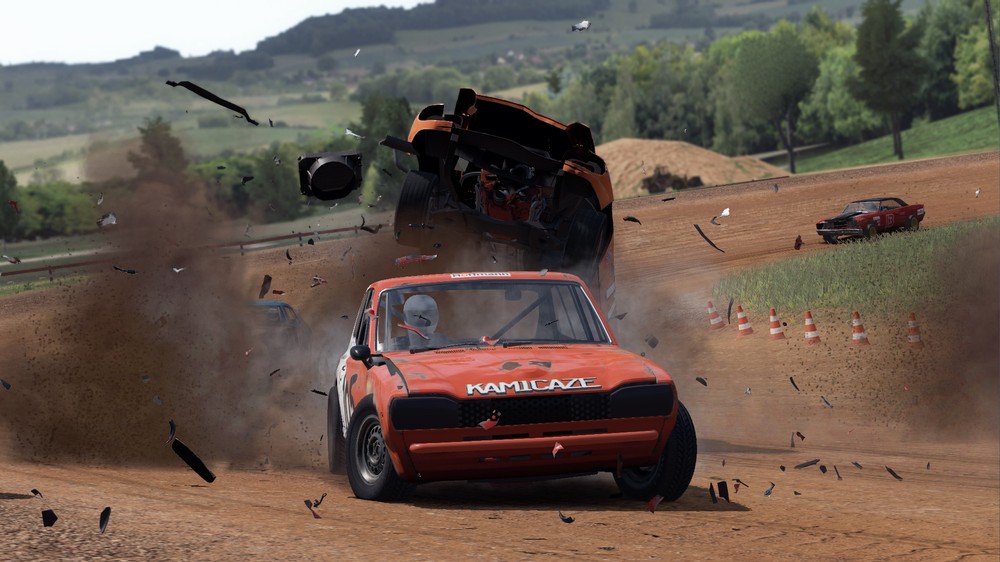 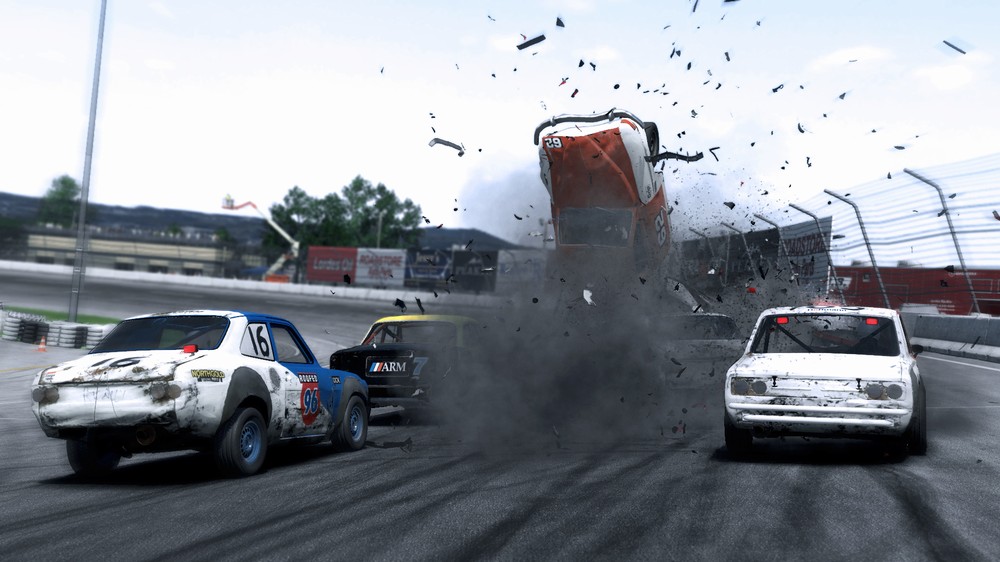 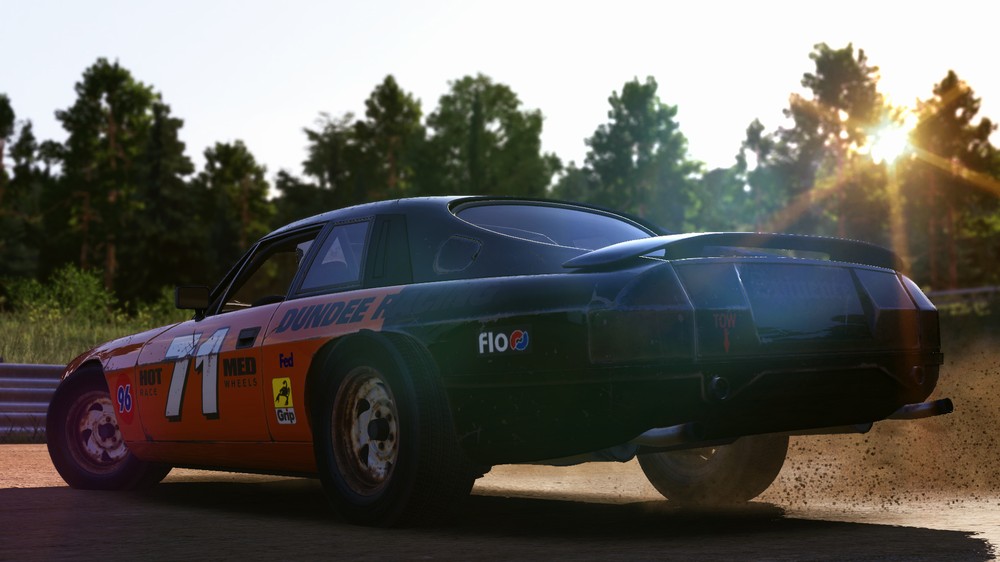