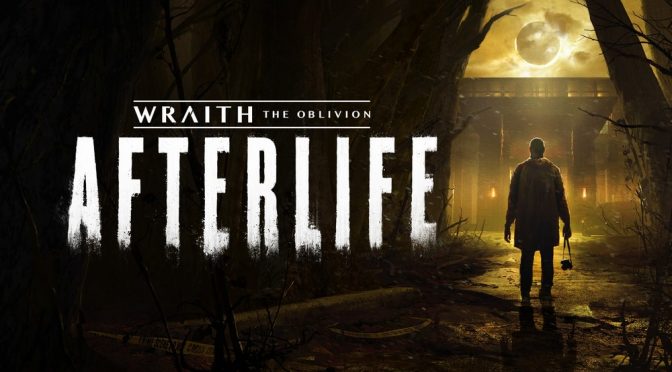 Swedish VR game developer Fast Travel Games – makers of Apex Construct and The Curious Case of the Stolen Pets – is back at it with yet another immersive VR experience with Wraith: The Oblivion – Afterlife for the PlayStation 4.  Loosely-tied on The World of Darkness table-top gaming universe, more specifically 1994’s Wraith: The Oblivion (hence the name).

Wraith: The Oblivion – Afterlife places gamers in the ethereal shoes of photographer Ed Miller, who as the result of a séance-gone-wrong finds himself wandering the spooky halls of Barclay Mansion as one of the restless undead – a Wraith.  Armed with newly-endowed and ever-increasing supernatural abilities, the gamer sets off to explore Barclay Mansion and uncover the mystery behind Ed’s untimely demise. 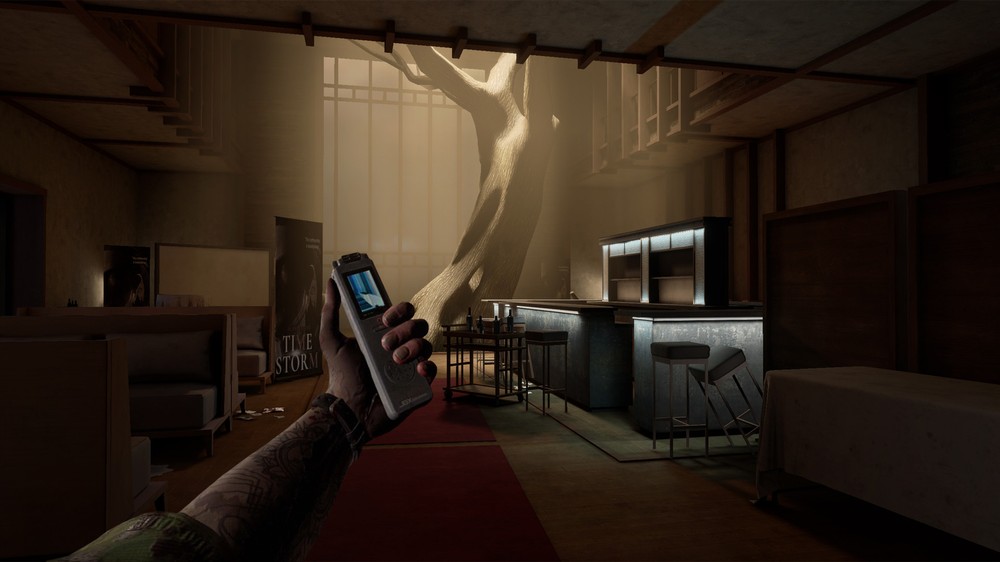 With both Apex Construct Fast Travel Games proved they were capable of delivering a solid first-person VR experience matching that of and Wraith: The Oblivion – Afterlife follows suit.  Utilizing the PSVR headset and two PS-Move controllers, Wraith controls like an absolute dream in 3D space.  And if you have any issues with the controls, Fast Travel offer a bevy of motion, visual, and “comfort” tuning options to make the experience more enjoyable, and hopefully less nauseating.

Movement is achieved by pressing the left PS-Move’s large central “move” button and pointing the controller in a general direction – left, right, forward, and as I realized after about a half-hour…back.  Rotation left and right is gained with the right PS-Move’s square and cross buttons, and crouching with the circle.  The triggers on each controller control grasping for each respective hand, and pressing both and flicking upward allows the gamer to remotely grab objects and “fling” them back to catch them.  One neat item is the right controller’s move button will use a special power in which Ed’s arm tattoos will glow when that arm is pointed in the direction of the next objective – this somewhat takes out the monotonous wandering Barclay Manor (and courtyard) of which there is no map. 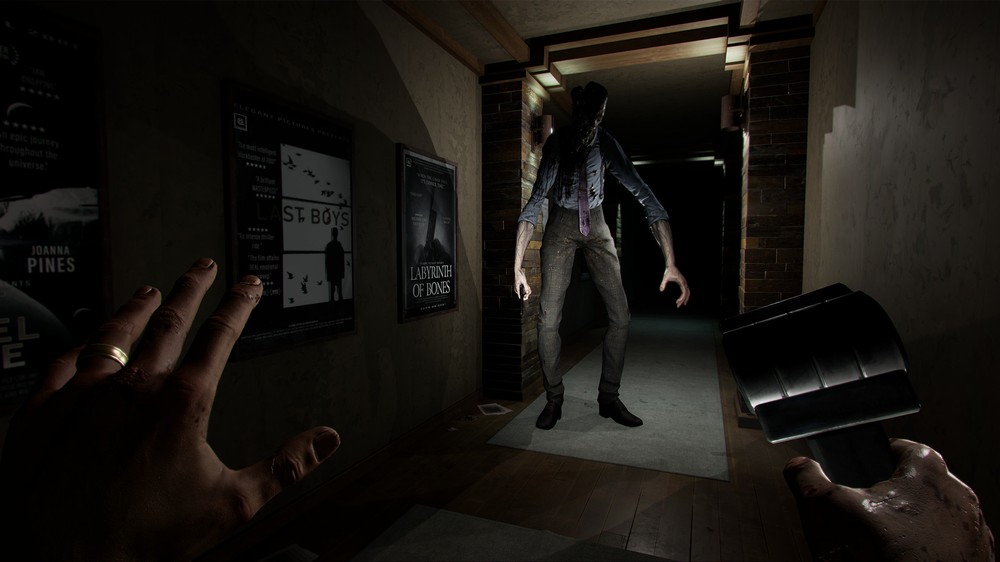 After a quick tutorial to get familiar with the controls, Wraith: The Oblivion – Afterlife introduces the gamer to Barclay Manor.  While the game’s name had me expecting some gothic castle, Barclay Manor is an art deco circa from the golden era of 1920’s Hollywood.  This art style gave the game a great aesthetic reminiscent of the classic Bioshock series.

The player, as Ed, is tasked with wandering the halls of Barclay Manor finding physical clues (photos, letters, etc.) and using his camera to unlock memories that appear as ghostly floating photographs – all giving Ed a better understanding of why he (and a group of others) all died that day. 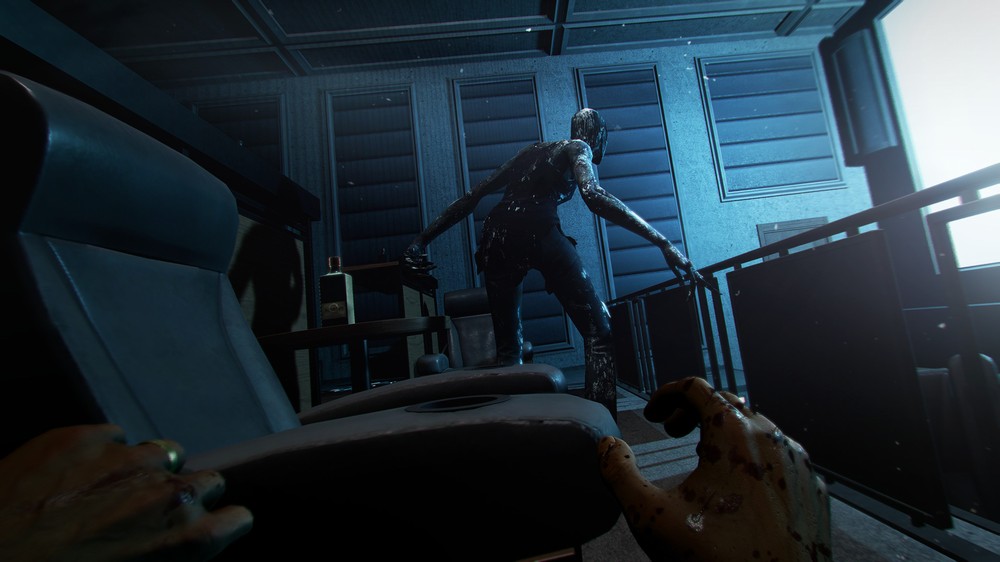 Naturally, given Wraith: The Oblivion – Afterlife is a horror game, expect a good share of creepy moments.  And while there are a number of jump scares, it is the overall sense of tension and anticipation of what’s coming and when that makes the game a true white-knuckle experience.  There are times where you’ll wander for minutes with nothing but the sound of your own footsteps to break up the silence, only to turn a corner and see a shadow dart off into a hallway or hear a bottle crash behind you – if that doesn’t get your heart beating out of your chest, then you are one tough customer.

While most of the apparitions are simply there to convey the story through the memory scenes, and some can deplete Ed’s life if he gets too close, the real enemies are the “spectres”.  Spectres are the most horribly deranged dead that roam the halls of Barclay Manor and can finish Ed off with a single swipe of their disgusting hands.  For the most part, the best way to deal with spectres is to be as quiet and stealthy as you can – crouching, moving slowly, even causing distractions by tossing bottles and other items to focus their intention elsewhere.  If a spectre happens to get their hands on Ed, things go black and you as the gamer will have to restart from the last save point.  This makes for a lot of physical backtracking, but thankfully any items you have in inventory remain after the reset so you don’t have to completely replay areas to get back on track. 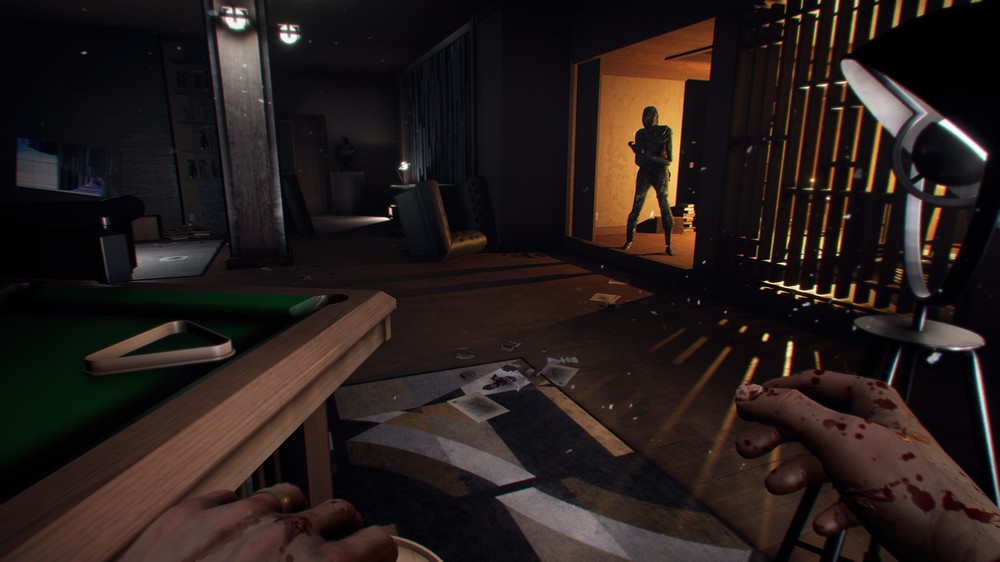 Wraith: The Oblivion – Afterlife’s presentation is top-notch, with superb VR visuals, great storytelling, and absolutely fantastic voice acting.  The sound effects seem to deliver solid spatial surround, making listening all that much more of an immersive experience and definitely adds to the creepiness factor.

If there was one major knock I would have to give to Wraith: The Oblivion – Afterlife, it’s that there is a lot of dead time (excuse the pun) to the game.  It’s not a game where there’s a ton of onscreen action, there’s a fair amount of lonely wandering, unnecessary door opening, and backtracking that stretches out about 3 – 4 hours of actual gameplay, to about 6 – 8 hours of game time.  Regardless, the $30 price tag is well worth it if you are looking for a completely immersive VR horror experience, but I was hoping for a bit more action.