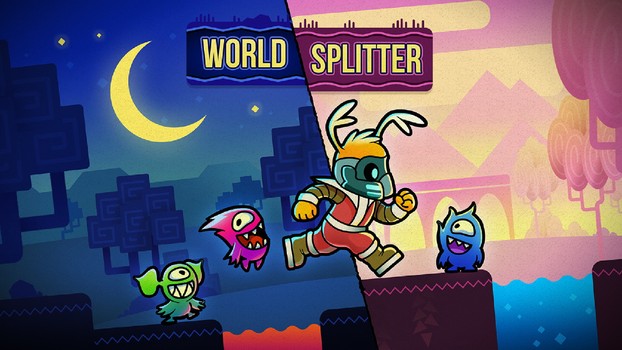 World Splitter is an interesting new entry into the puzzle gaming market.  Sporting over 60 single-screen levels, World Splitter tasks gamers with getting their downed space delivery driver from one edge of the screen to the other in an attempt to collect the numerous fuzzle-like creatures that escaped from his ship upon his unfortunate crash landing.  It all sounds pretty straightforward – except for the fact that this is no ordinary world that our hero has crash landed upon: it has two layers. 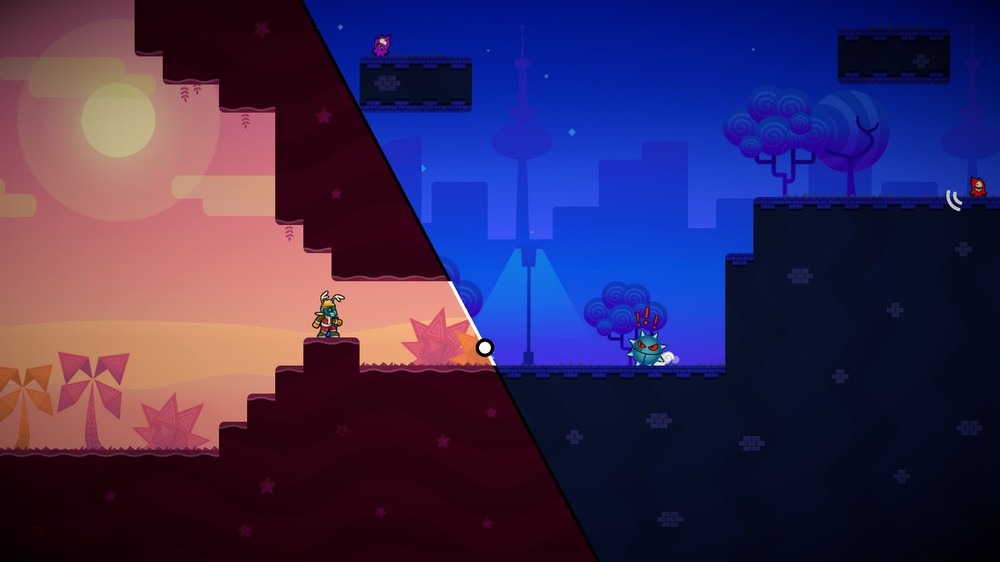 World Splitter’s levels are formed as two parallel (overlaid) physical realities – one light, one dark.  Players use an onscreen tool called a “Dimension Rift” – a screen-splitting plane that the player can determine the precise location, angle, and direction to “split” the screen and expose the underlying level.  This is all done on-the-fly, and each level will have gamers splitting and manipulating the maps many times to get from screen edge to screen edge.

I understand it sounds confusing even reading my own description, but here’s the jist: let’s say the character approaches a wide gap that simply cannot be crossed by jumping.  The gamer can move the dimension rift line to just before the gap, showing that the underlying map actually has a bridge in that location.  Once the character has moved safely over the bridge, the gamer uses the rift to address the next obstacle.  And while the initial obstacles are simple gaps, or rocks, or walls – as the game progresses, the obstacles become seemingly insurmountable, forcing the gamer to get rather creative with their rift-work to get the character to all the high and/or hidden locations where the escaped creatures are perched. 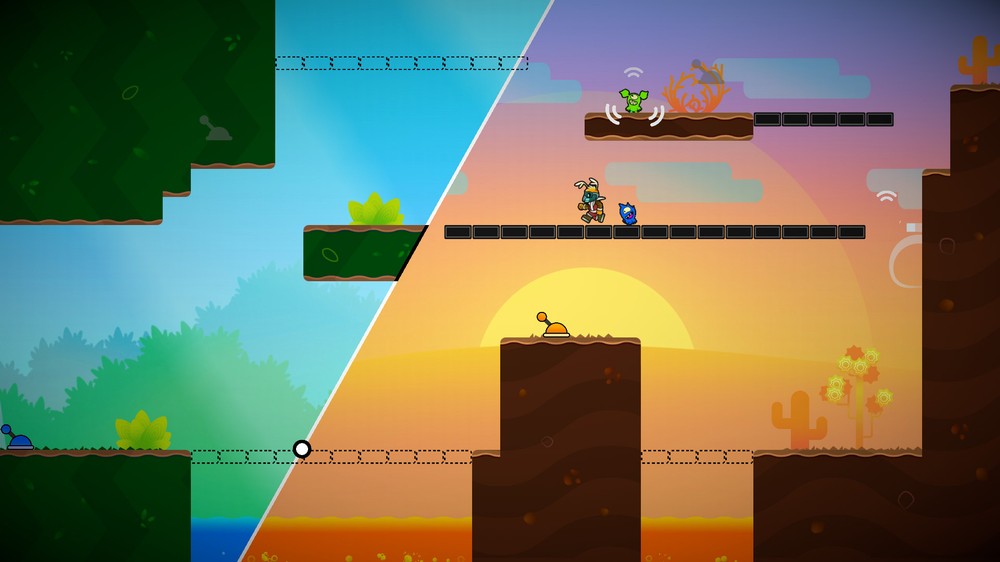 In fact, there were a number of times I had to put the controller down and leave because the level was simply too challenging for me to even care to finish.  Of course, I would swear off the game, only to inevitably find myself drawn back to World Splitter to give it another try because its gameplay was that addictive.

World Splitter’s appeal is certainly fueled by the game’s fantastic presentation. Even without a vocal track, World Splitter’s brief cutscenes sport a level of presentation that grabs the attention of anyone passing by with its excellent cartoon-style visuals.  The visuals, coupled with the eerie new-age audio soundtrack, had me reminiscing of early side-scrolling platformers like Rayman. 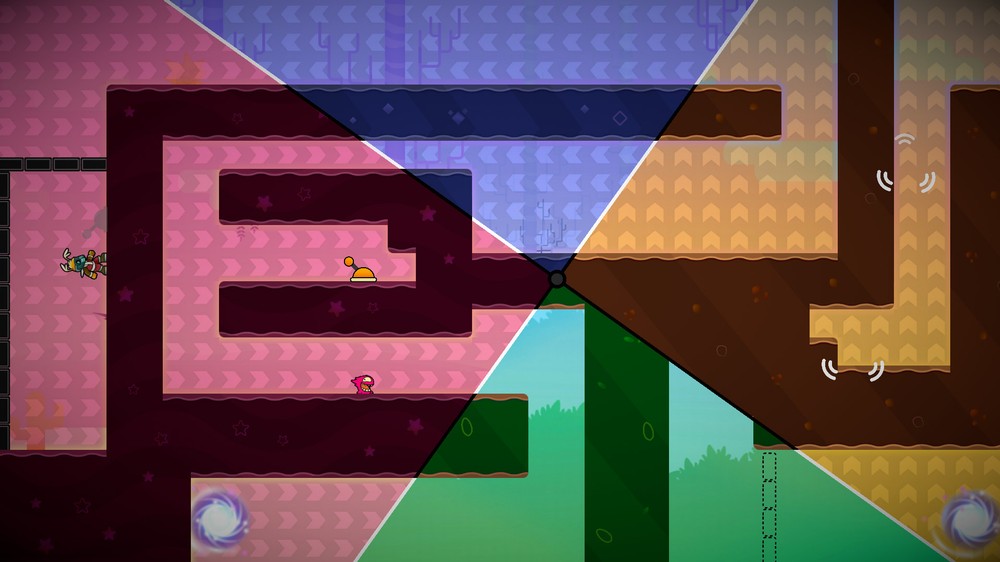 World Splitter offers 60 levels of single-player gameplay to tackle, and about a dozen two-player levels that are played via local co-op (no online).  The overall playtime will depend on how long it takes the player to solve each level, and just how much of a completist they intend to be, but I put in a good 5 hours or more in 30-45 minute sessions, and I still have quite a bit I need to finish.  It’s a nice game to pop-in, take a stab at a level, and then move on to something maybe a bit more story-driven.  And while World Splitter won’t appeal to all gamers, there are a lot worse ways to spend $20.