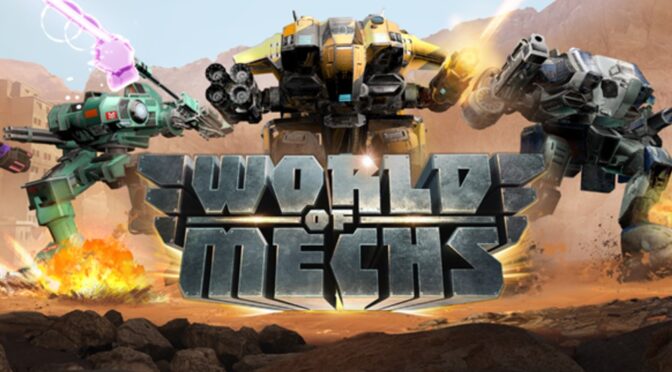 Studio 369 has announced that squad-based online VR mech game World of Mechs will launch for Meta Quest 2 on May 26. Backed by the Meta Grant Program, World of Mechs is the only heart-pumping VR experience where players can select from 32 different war machines and wreak havoc with unique mech abilities in online battles. Jam radar sensors, deploy landmines, or ram through enemy lines with old-fashioned brute force. It’s a mechanized slugfest to become the big dog of the arena!

World of Mechs delivers the feeling of thrashing across city blocks in a 10-ton robotic steel gladiator while launching a salvo of barrage missiles on the opposition. Feel the adrenaline rush of leading a flanking charge with weapons ablaze and jump-jets engaged. Blast off into the single-player campaign to take down menacing bosses, walk away with their mechs, and become the world’s most-feared ace pilot.

World of Mechs will be available for Meta Quest 2 on May 26 and will retail for $19.99. For the latest news and updates on World of Mechs, follow the game on Facebook, join the discussion on Twitter, and join the official World of Mechs Discord Server.