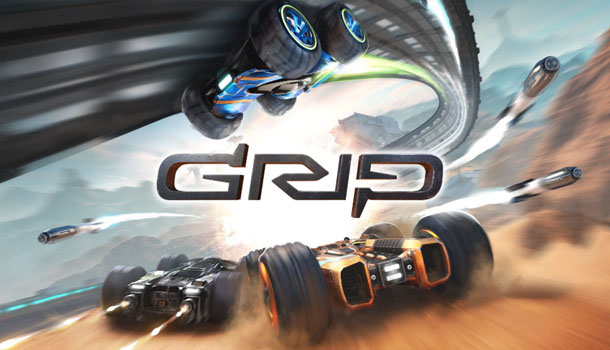 “We’re getting pretty excited as we near the finish line on GRIP,” said Chris Mallinson, Game Director. “It’s been surreal to see this passion project evolve into the intense combat racing experience that players will soon be able to dive into.”

Taking full advantage of the current generation of gaming hardware – and benefiting from the potential that comes with building on Unreal® Engine 4, the game accelerates ahead of the racing crowd by offering players gravity-defying physics reaching speeds of over 767 mph – making it the fastest racing game on four wheels. Along with the breakneck speeds and intense action, players will generate countless unforgettable gaming moments – online or offline – with split- screen races and tournaments. Born of the age of street racing, and losing none of its cut-throat nature, it’s not enough to just cross the line in GRIP: Combat Racing; more important is how you got there and how much destruction you have unleashed upon your rivals along the way.

Those wanting to grip the wheel now can play GRIP: Combat Racing via early access on Steam.

For more information visit http://www.wiredproducions.com. Fans can get the latest news by joining the GRIP: Combat Racing communities on Twitter at @gripvideogame, Facebook at @gripvideogame, via hashtag #GRIPCombatRacing, and on Discord.