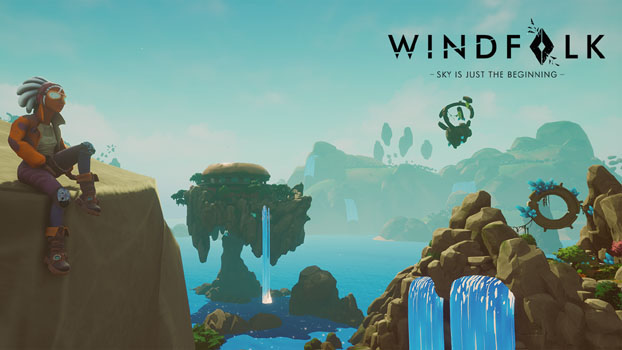 If you weren’t looking closely at the PS Store in January you might have missed Windfolk, a fun little third-person aerial shooter that launched just after the holiday mayhem.  Developed by Fractall Fall as part of the PlayStation Talents initiative, Windfolk offers some surprisingly engaging gameplay mixed with narrative and intuitive controls.  The setup is simple; the world of Eurian is at war and the Coalition is trying to take over all the floating islands. – yes just like Pandora in Avatar.  Ironically, they are using Trydian to power their attacks and other horrible experiments; the same substance that keeps the islands floating.  You’ll play Esen, a fresh recruit of the resistance equipped with a blaster, jetpack, and impulsive attitude who must end the war.

Windfolk is divided into numerous chapters that tell portions of the overall narrative.  You’ll engage in fast and furious combat with a full six-degrees of freedom.  You can hover or kick in those boosters for flight mode (just like Ironman).  You’ll be facing off against swarms of soldiers as well as both ground and aerial targets like missile launchers and other attack craft.  In one of the earlier missions you’ll go up against a large hovercraft that requires you to take out their propulsion system while avoiding incoming fire.  It’s all quite exciting really with a smooth difficulty curve that rises right along with your skill.  Esen can combine her different weapons with a growing skillset that caters to a variety of playstyles.  There are some fun fly-through-rings race challenges that will test your flying ability and those who enjoy collectibles will find plenty of hidden data bits to collect.  These are tallied on the mission select screen so you know where to return if you missed anything. 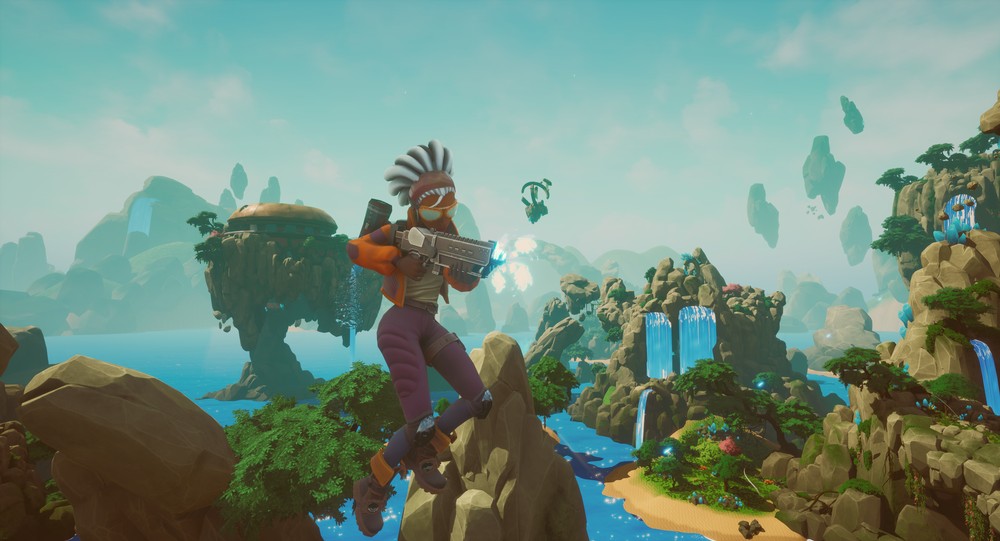 The game mechanics are quite clever in that you have this large targeting circle and anyone within that circle will take damage, but those closest to the center will take more.  It greatly simplifies combat to the point where most of the challenge lies in you being able to dodge incoming fire since you are almost always hitting something and doing some damage. Once you have finished the story mode you can also replay the game in combat and turbo modes for added challenges and rewards.  These will test you combat and flight skills in a variety of battle arenas and flight courses while adding a few more hours of content to the overall game.

The presentation for Windfolk is quite nice with a charming visual design that allows for a creative world design whether you are fighting in the desert, jungle, or tropical islands.  The variety of climates and environments keeps things fresh and interesting, with plenty of nooks and crannies to explore.  Poly counts are low and textures are modest giving the game a storybook flavor while keeping the framerate rock solid.  The character model for Esen is nice with some good animation and details.  Enemies are usually blasted before you get a good look, but the user interface and HUD are really good and there are plenty of explosive effects during combat. 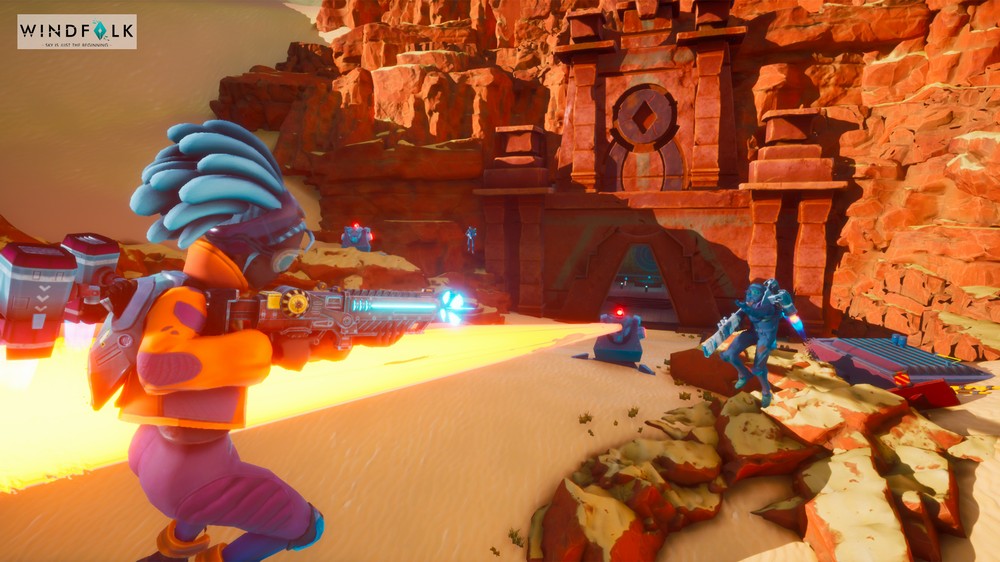 I particularly enjoyed the soundtrack that makes prominent use of wind instruments, giving the game an ethereal quality during casual exploration.  The music will switch over to something more energetic during combat.    The voice acting is pretty good given the script they had to work with.  Parts come off a bit childish but we never learn how old Esen is, so that might be okay.  Most of the chatter between Esen and her handler over the coms gets annoying as does the over-the-top conversations with the main bad guy.  Expect lots of drama between the fights.

Windfolk run on PS4 and PS5 with backwards compatibility, but since this is not designed for PS5 you don’t get any of the technical advances from the hardware.  The load times on the PS5 are really long, and when I tried the game on the PS4 Pro they were even longer – 60-90 seconds on most levels.  This includes dying and having to reload.  I normally don’t complain about load times until it negatively impacts my enjoyment of the game, which this does.  Playing on the internal PS5 hard drive is your best option and it only gets worse on PS4 or an external HDD. 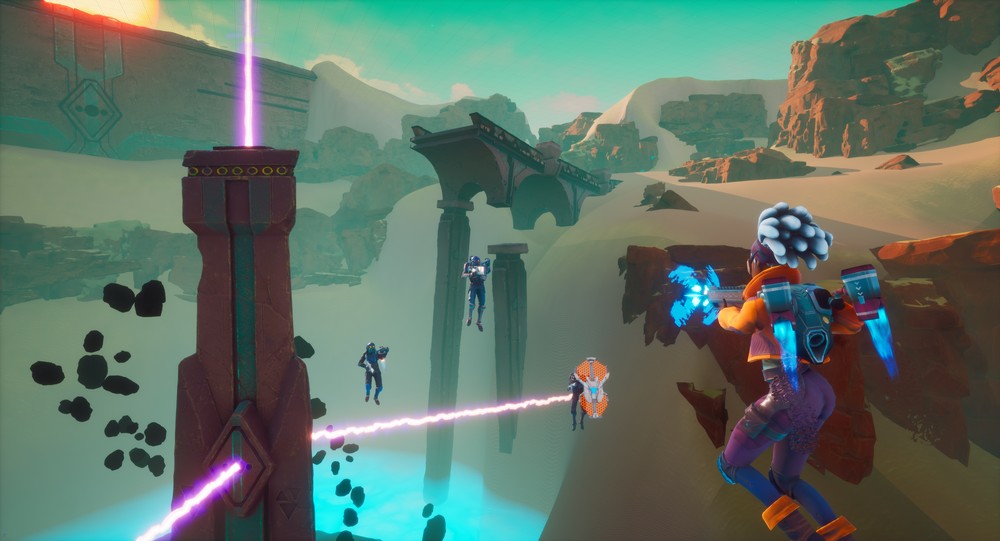 Despite the long loads I did have some fun with Windfolk.  The combat got a little repetitive when played for longer than an hour, and I definitely had more fun finding the hidden collectibles and doing the ring race challenges.  The 8-chapter story mode and 7-chapter arcade mode offer lots of diverse gameplay for only $15, but I have a hunch this will be offered as part of PS Plus pretty soon, so unless you are craving an average aerial shooter you might want to wait for a sale.