With the open beta underway, I was able to spend more time with WildStar. Having grown sick of the Dominion experience, I had changed to my Aurin spellslinger, finding the Exile zones much better designed, and my progress helped by a new addition to the UI, which showed which quests were part of which plotlines, and how important those plots were. I had also spent much more time on housing, which was a part of the game I had written off, until I realized just how fun it was to mess around with furniture and make little displays and customize my weird little hick shack.

There are items you can put in your house to get more rest XP, grouped into four broad categories, but the bulk of things are just plain objects with no real purpose but to look cool. I put a mushroom on a shelf and then positioned a robot arm to reach out for it. I took a hammock, shrunk it to cat-size and imagined that I had a space cat that slept in a hammock. A bedside table went next to my bed, and a mug of tea went on the table. I just made a cozy little hut, but with the degree of placement and sizing customization, more ambitious home owners could make anything from mazes to jumping puzzles, or more engaging social spaces.

I was quickly done questing and playing with my space dream house, though. This time, I was focusing on adventures and dungeons. With the first available at level 15, each adventure is meant to be its own experience, with its own mechanics. On the Exile side, there’s the Hyrcrest Insurrection, where you go into a simulation of a Dominion farming village and give aid to the peasants as they revolt. For the Dominion, there’s Riot in the Void, where you’re in a simulation of a prison riot in a penal colony built onto an asteroid. Each adventure is a non-canonical scenario, pretty much a what-if in the world of the game, which seems like fertile ground for interesting stories once the game’s characters and plotlines get better established. 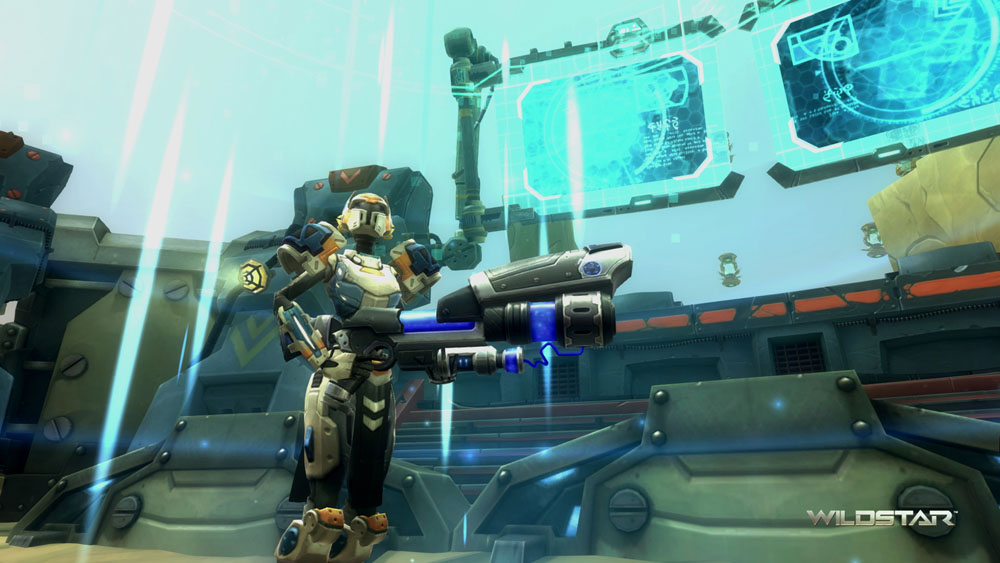 While later adventures experiment with gameplay that ranges from tower defense to the Oregon Trail, the first adventure for either faction feel more like a quest line. When you enter Hycrest Insurrection, you make a jump from a dropship and meet up with a local rebel cell, where you pick your first choice from a set of three options along with the rest of your team. The game lets players secretly vote on what path you want to take, whether it’s freeing hostages taken by the Dominion, or bringing a mad scientist to justice, and each choice effects what happens down the line. After playing the adventure several times, I’ve had impressively different experiences in each run. For instance, one run at Hycrest Rebellion ended with sneaking into the city to assassinate its governor, while the next ended in a desperate scramble to disable a prisoner transport and survive an orbital bombardment.

Each choice you make has a significant effect on how the adventure plays out, but it’s hard to tell what exactly is causing what. It would be nice to have things spelled out better, but as it is, it makes for a holistic experience, and I’m sure wikis will say what literally everything does within a couple weeks of release. Overall, though, the experience is really what sold me on adventures, and I’m looking forward to seeing what later ones are like. 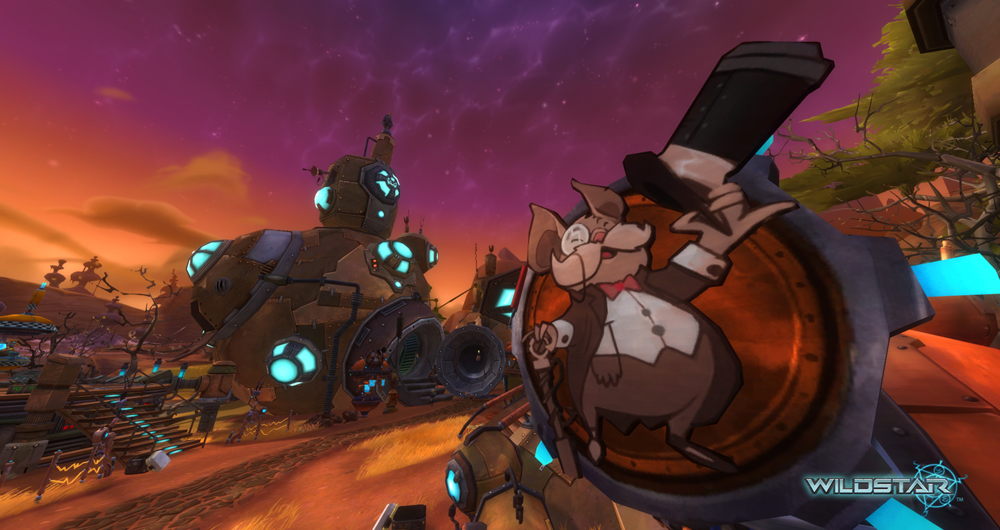 Dungeons, meanwhile, are pretty standard MMO fare, albeit with the twist of WildStar’s mechanics. The very first dungeon is Stormtalon’s Lair, where you and your team fight your way through an ancient temple, where alien birdmen are trying to use lost Eldan technology to raise one of them into a storm god. It’s got trash mobs, bosses that teach you group mechanics, and neat secrets to find as you go.

The one downside of dungeons is that, thanks to the interrupt armor mechanic, even normal trash pulls can require a lot of coordination, more than you’d need in most other MMOs. People in your group will need to have crowd control skills already slotted into their limited action set, and they’ll need to time them to land within a few seconds of each other in order to interrupt enemy casts. The game can be pretty low on visual feedback, and after a few runs, I’d be hesitant to do dungeons as they stand now without my guild and mumble.

Still, the encounters were fun, the use of telegraphs made the boss mechanics clear, and I have faith that the rough stuff will get cleaned up at some point in the future. With the game coming out in just a few weeks, there are still plenty of things that are a little bit off right now, but there’s still a chance they can be fixed. Hopefully, after release, I’ll be able to bring a more comprehensive look at the game’s systems and content, but for now, even with these issues, WildStar is still looking to be one of the best MMOs in a while, all the more so if the issues can be resolved after release.