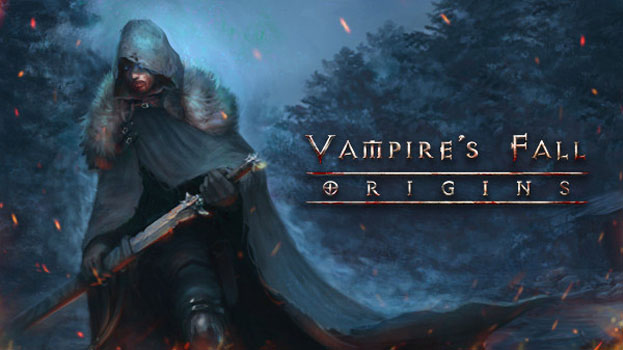 A classic RPG with Vampires, turn-based combat and Diablo-style presentation.,

The eternal masters of darkness are seemingly on the rise again in the gaming industry with various gaming genres seeking to get a fanged bite of the action this year. While I have my heart set on one franchise in particular, I’ll sadly have to wait a bit longer. Luckily another developer by the name of Early Morning Studio is here to deliver some vampire goodness with the release of Vampire’s Fall: Origins for the Xbox One.

Many of my favorite vampire games are the kind where you find yourself afflicted with a taste for blood after a tragic or unforeseen event. Such is the case of Vampire’s Fall, as you are recruited to help defend the village of Vamp’Ire from the oncoming evil army led by the Witchmaster years after the death of the last King. Right off the bat I got a sense of foreboding as the village warden sends you out to deal with various issues as a form of training which is all you’ll get in the way of a tutorial. Then in a complete railroad move you are sent to face the Witchmaster one-on-one where you are completely decimated. 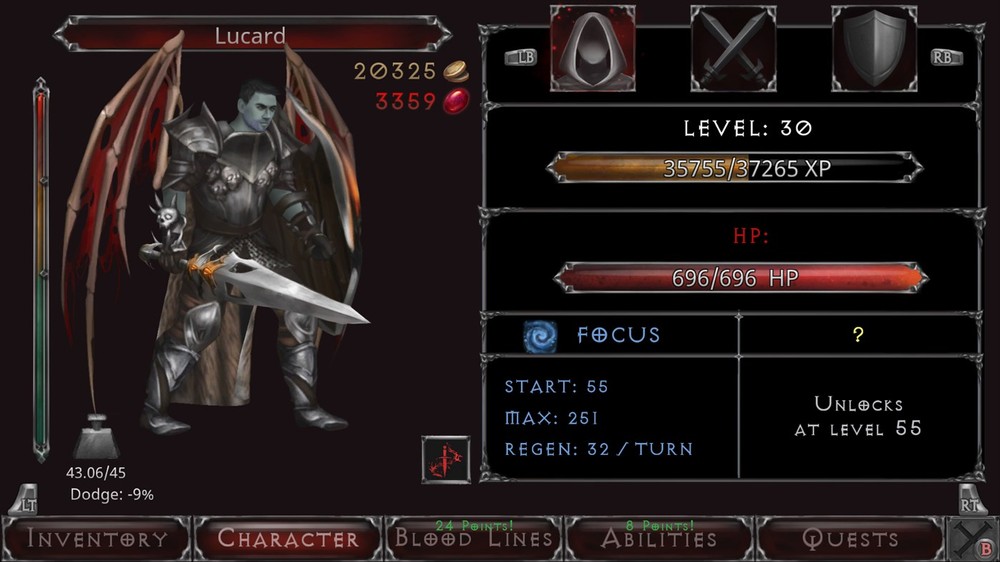 You wake up in the ruins of the village with a need to feed as your new nature takes hold. You’ll find yourself given the choice to feed on a rat or one of the human bodies lying around you. This is one of the first story choices on your path to becoming a hero or a scourge like the Witchmaster. Before your meal choice and everything else though you have to customize your character with the handful of options across categories like hair, complexion, and eye color as well as gender.

The option I liked most during the customization was the ability to choose a human lineage from the four options: Nosferatu, Magistrav, Ranjeni and Equides. Not only does it give a little roleplaying backstory to your character’s story but also a stat bonus in the form of drops or boons like items or XP gain. Equides was my first pick as it helps out with leveling up as you’ll find out you’ll be doing a fair bit of grinding to progress through this game. Once you get make your way out of the ruins of Vamp’Ire that was your past life you’re new nature is given the name Vampire by the unsettling healer outside as you set out to find your place in the world for better or worse. 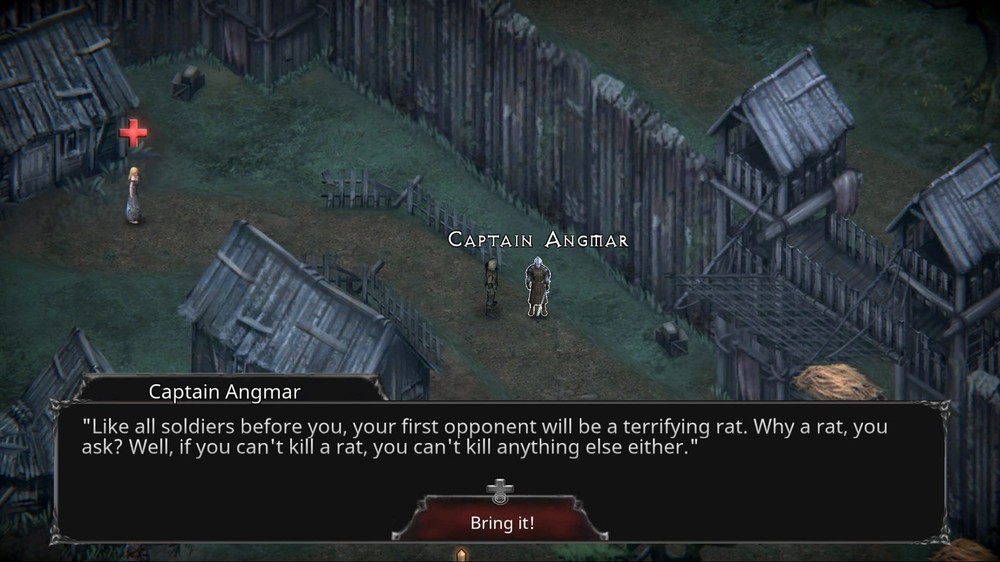 The world of Vampire’s Fall: Origins is interesting and fairly straightforward with its design. This largely comes from the fact that this title was originally a mobile game brought to your television. What this means for the console player is that you won’t find yourself sitting and waiting for load screens outside of loading up your save file. Everywhere you go in Origins can be seen from the map screen as you uncover more and more of it. Shop NPCs and quest givers are always outside so you’re able to progress your quests fairly easy as well as buy and sell quickly.

Traversing the world is fairly smooth with the left analog stick in a Diablo-style manner as it is presented in an isometric design. You’re able to roam freely though you will come across random enemy encounters while outside of towns similar to early Final Fantasy games. Along with the main quest to seek your vengeance on the Witchmaster you’ll come across various side quests that usually send you off to dispatch some foe or another. While that part is pretty standard fare the quest dialogue itself make up for much of the repetition that you’ll encounter. Some of their reasons for being in their current predicaments as well as you’re responses are amusing to say the least. Even the default name of your character is a humorous nod to much older vampire media. 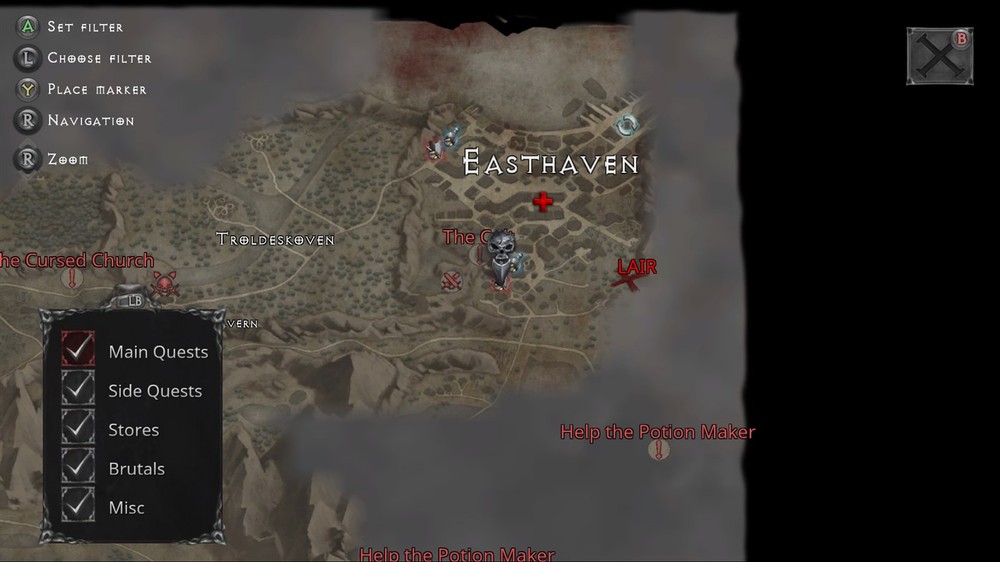 If there is anything that takes some getting used to in Vampire’s Fall: Origins it is in the controls when it comes to conversations, menus, map interaction and more importantly combat. Perhaps my biggest issue is the map screen which I use often to check quest locations. You move the cursor around the map with the right analog stick to pan around the map which is fine. The trouble comes when trying to zoom in and out on the map as you have to press down on the same right stick while moving up or down on it which makes for an awkward option.

When it comes to menus they are pretty decent primarily utilizing the bumpers and triggers to quickly navigate them with little issue after a while. There is one menu and feature that I found interesting which is mapped to the right trigger. By pressing RT you can choose from various health potions accompanied by timers. What you won’t find out until you use this feature is that the higher the timer the stronger the potion is on replenishment as it doesn’t tell you that until after it’s crafted. You can however drink the potion immediately from the RT menu or stow it for later in an available potion slot. Interestingly enough you cannot use potions will in combat so you’re in for some intense battles ahead. 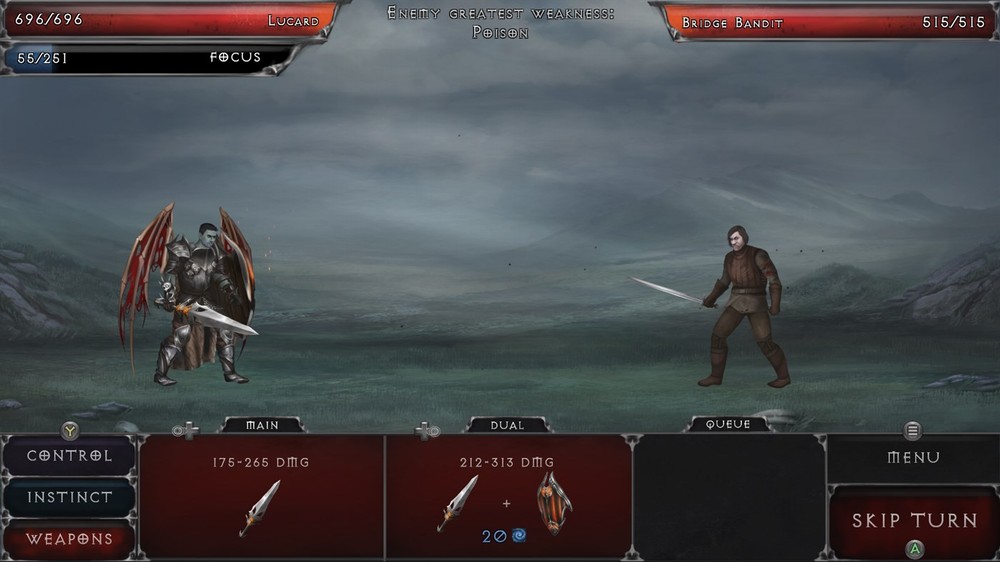 Combat itself is presented in an old school turn-based style where you take turns attacking each other. You have the three categories of Control, Instinct and Weapons to select from. These categories contain the abilities that you will unlock over time as you play the game and spend upgrade points that you earn when leveling up. Weapons are pretty straightforward and the quickest way to deal damage. You can turn the tides however with either the Control or Instinct categories, as they can give you a needed buff or cause some damage over time with some your vampiric abilities.

The balance is that all of these choices consume Focus. You get a certain amount of Focus at the beginning of each battle and you’ll regen a smaller amount at each turn. Every three turns however you get the chance to dish out some serious damage chaining together different attacks and abilities as long as your Focus allows which is cool. What took some time to get a hang of was that your choices in each category are all mapped to the D-pad. While it makes for quick inputs it’s quite a bit different than what I’ve been used to. 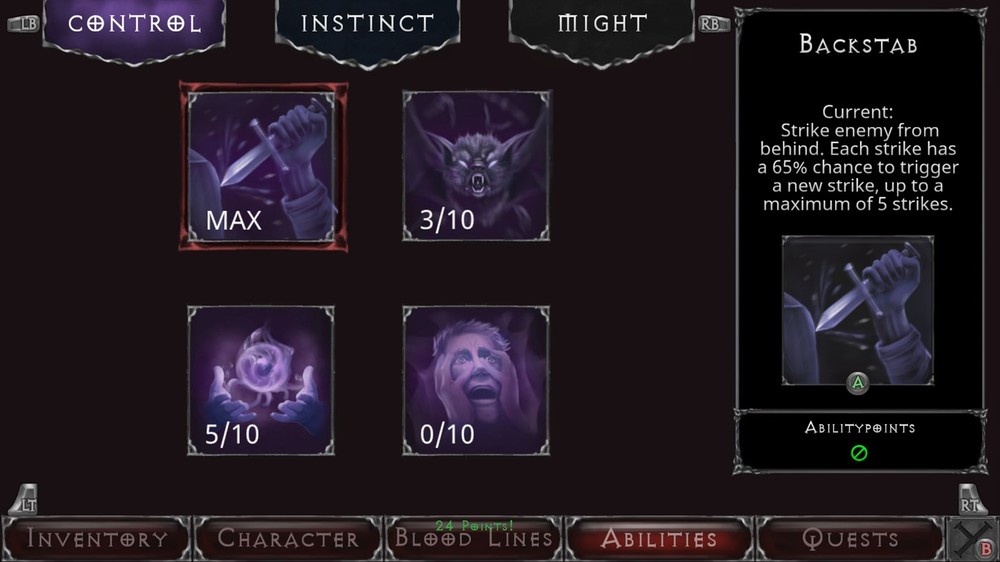 Sometimes trying something familiar a different way can be fun though. While Vampire’s Fall: Origins started its life as a mobile game it still works quite well on the Xbox One as well. There are ways to customize your character even more with the use of in-game gold but you’ll have to wait a while as all of them cost quite a bit. While there may have been micro transactions before, they are not found here so you’ll gain a sense of achievement when you earn enough gold for that flashy pair of wings or helmet.

I enjoyed the mix of the dark Diablo-esque visual presentation with turn-based combat systems of my youth. While it has a few questionable control mapping issues the game is quite functional. The written dialogue and music was enjoyable enough to keep me interested between fights as well as the choices you get to make. If you like vampires and old-school RPGs then you’ll want to check out Vampire’s Fall: Origins for the Xbox One.