Troll and I Review – Switch 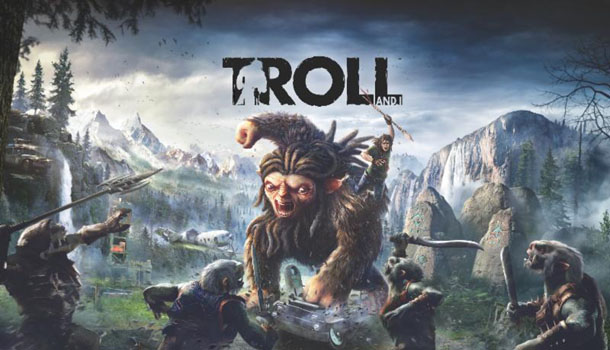 Classic gameplay elements if you can get past long list of shortcomings.

The buddy dynamic has been one of the greatest aspects in gaming history. While we may not always like both parts of any duo it’s no denying that many great games are grounded upon this very principle. Enter a new entry into the world of companionship with the release of Troll and I for the Nintendo Switch. Originally released on consoles and PC, this adventure through the Scandinavian countryside follows the unlikely pair of the titular Troll and his human partner Otto.

From the very beginning, players are presented with at least a small glimpse as to why a group of armed men are in the Nordic wilderness hunting for a troll. After Otto’s fateful Raider-esque run for his life after losing sight of his mother in their burning village, he is saved by Troll from another monstrous threat. You see despite his size, Troll isn’t your garden variety “live under a bridge, children eating” creature. Here the titular character is more of an oversized guardian that protects and aids Otto. 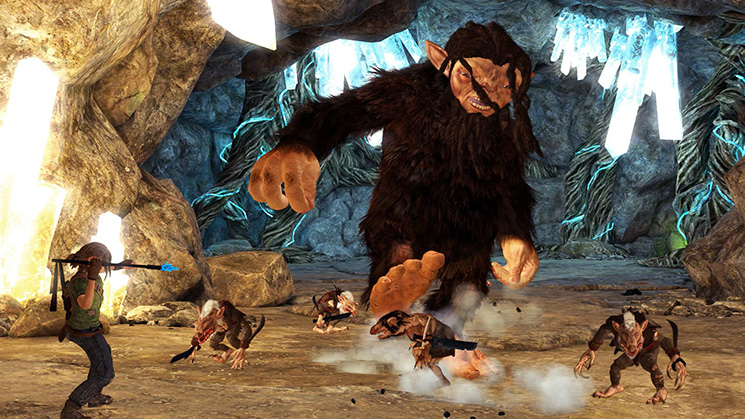 The core mechanic of Troll and I is one of teamwork and for parts it actually works decently where you have to switch back and forth between the duo. This is primarily seen in large areas that you have to navigate to progress, as some areas are initially inaccessible to one character or the other. These areas are also where a majority of the exploration is done, as there are plenty of resources and even collectibles to find. Some elements of progression and exploration require the player to buddy up with Troll carrying Otto on his shoulder from time to time.

The experience harks of other action adventure titles that I’ve grown up with so a lot of Troll and I’s enjoyment for me steams from pure nostalgia. That being said it doesn’t do enough to override the problems that Troll and I suffers from. Among my biggest issues is the movement and animations of the characters themselves. While this mostly affects the lumbering Troll there are times where Otto’s interaction with the world, especially when climbing rock faces and rubble, are incredibly imprecise.

It’s not helped by the fact that some interact points will display the correlating button prompt and others won’t, making finding that sweet spot for a climb troublesome, especially when I was going through the multi-roomed ruins early on in the game. It was in these same ruins that I encountered a rather big game-breaking glitch that made progression impossible as the game saved right as I fell into the world rendering my screen a wonderful shade of light blue despite being able to still see the HUD. I ended up having to restart the game from the beginning to get past this point. 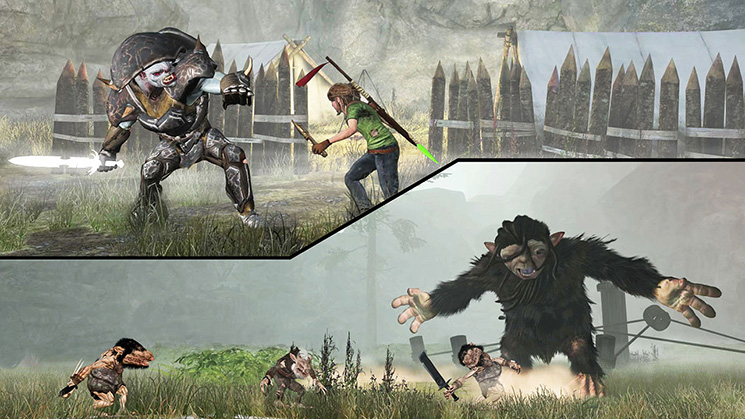 Once I was able to get past that delay I still enjoyed much of Troll and I’s exploration until I got to the combat segments. Depending on the scenario you will have one or both characters at your disposal. Each character has their own health bar and ways to replenish it as well, but the downside is that if Troll is present you pretty much want to use him all the time since he can dispatch large numbers a lot faster than Otto can. The combat animation feels a little flat, especially on the Troll, as his attacks don’t really feel as weighty as they should. It is satisfying to see Troll stomp or pulverize an enemy under fist or foot though.

Combat for Otto is a bit more refined but ultimately breaks down to mere melee combat, as ranged attacks with spears isn’t the smoothest thanks to Otto’s sway while aiming. No matter which melee weapon that you are using with Otto you have two options: a simple strike and a parry maneuver. Parrying is crucial to defeating most of the larger threats though the game has rather sizeable windows for executing these. It is nice that there is a stealth option if you can crouch and sneak up on your foes. This largely works well on most humans and smaller enemy encounters.

As I mentioned before, Troll and I does offer some classic exploration. Sometimes areas are blocked off by color coded obstructions such as a caved-in entrance. To get past these obstacles Otto has to find the right materials such as blue or green crystals and spears to make exploding tipped spears to destroy them via the crafting system. Why you need to do this when you have a TROLL with you most of the time is beyond me outside of adding more puzzle elements to the experience. Similar to other titles with crafting this allows you to create stronger weapons when you have the required materials. This is something you’ll always be doing, as weapons have degradation incorporated into their usage. 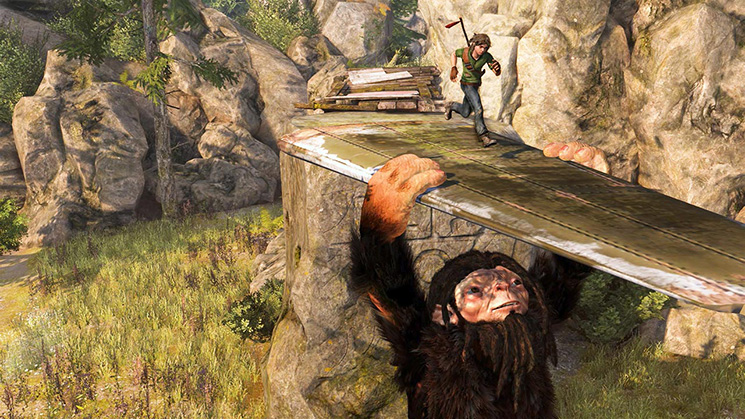 One of the final shortcomings is something that everyone will notice right from the start, though the trailer does enough to disillusion folks as it looks a lot better than the actual game. The thing about Troll and I is that it’s a title that would not have looked out of place in the early 2000s instead of today. Most of the world appears dated, though it does have some nicely detailed areas from time to time. There are also some issues with clipping such as when Troll holds up a plane wing between environment elements.

Visually this is one Switch title that is best played while docked to a TV for a few reasons. The first is that everything is easier to see and second is that it affords for players to make use of the split-screen co-op element. It’s nice that the co-op is drop in/drop out so players can seamless allow friends to join in. This is useful when you have to otherwise switch back and forth between Otto and Troll to navigate puzzles. Even here gameplay can be a bit sluggish in framerate but otherwise it’s a nice feature that’s implemented fairly well.

While I’ve only reviewed a few Switch titles since launch I had some hope for a game like Troll and I as my library expands. I’m a big fan of action adventure titles, especially ones with puzzle elements, and while Troll and I does actually fit that bill and is enjoyable to a degree its shortcomings, some serious and some of which can be overlooked, are enough to detract from the overall experience. Troll and I isn’t without its merit though. It’s got a lot of great classic gameplay elements found within that will appeal to players that can overlook everything else, but it’s a hard sell to recommend this one at full price. It might be worth a look down the road when it’s on sale.