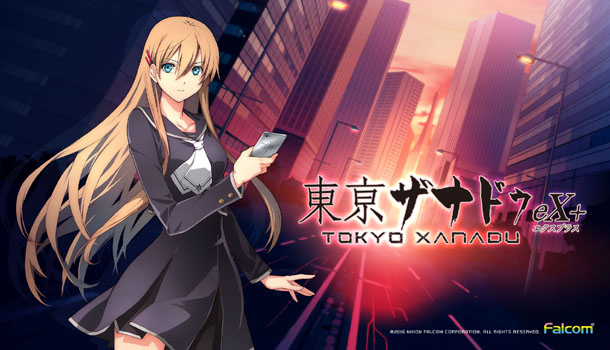 An epic RPG that works exceedingly well on a handheld device.

Yeah remember that time between 6th grade and graduation; that time where you’ve got the rest of your life to try and figure out. Yeah most of us have been there and if not you will. High school seems like a really popular place in the videogame industry as of late. Then again it could just be the setting of the types of games I frequent the most lately. Though school isn’t always about where you’re headed but the path along the way and those you share it with. Such is the case of Kou Tokisaka in Falcom’s newest action RPG, Tokyo Xanadu, for the PlayStation Vita.

Tokyo Xanadu takes place 10 years after a devastating Earthquake ravaged the entirety of the Tokyo area. While the city has been rebuilt and things are getting back to normal things just aren’t what they seem. Enter Kou Tokisaka, second year student of Moriyama Academy, and currently working part-time jobs that he shouldn’t be. What else is there for a kid living alone to do with his parents away on a long-term business trip? Certainly not dive into an underground battle between the human world and another world that overlaps from time to time to rescue his friends. 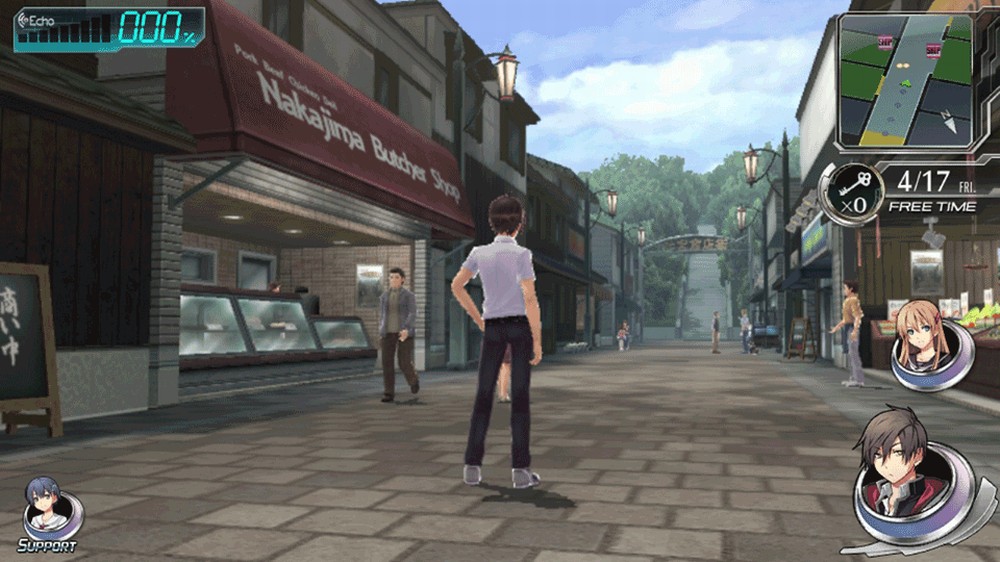 I’m no stranger to Falcom’s work over the years, largely thanks to their wonderful Ys series. Despite that, one game I’ve never had the opportunity to play is Xanadu. This is an action RPG that not only predates Ys but laid the groundwork for many of today’s action RPGs including a distant yet modern take on the Xanadu series. In Tokyo Xanadu, a phenomenon called Eclipse had been popping up triggered by events in reality. While many cases are often covered up as weird natural disasters and disappearances, there are people that seek to keep reality safe from the Greeds that inhabit this labyrinthine other world.

Well Kou is the kind of kid that constantly jumps to the aid of others that find themselves in trouble. Only this time, he landed in on situation that he was not prepared for even when a classmate’s life is in danger. Sure Tokyo Xanadu has a story that’s often familiar in the RPG world but its mix of gameplay that I found enjoyable. Sitting somewhere between Ys and Persona, Tokyo Xanadu has you take on the role of Kou as he interacts with the day to day blur of school and those jobs that he gets harped on for taking in a social aspect akin to Persona. 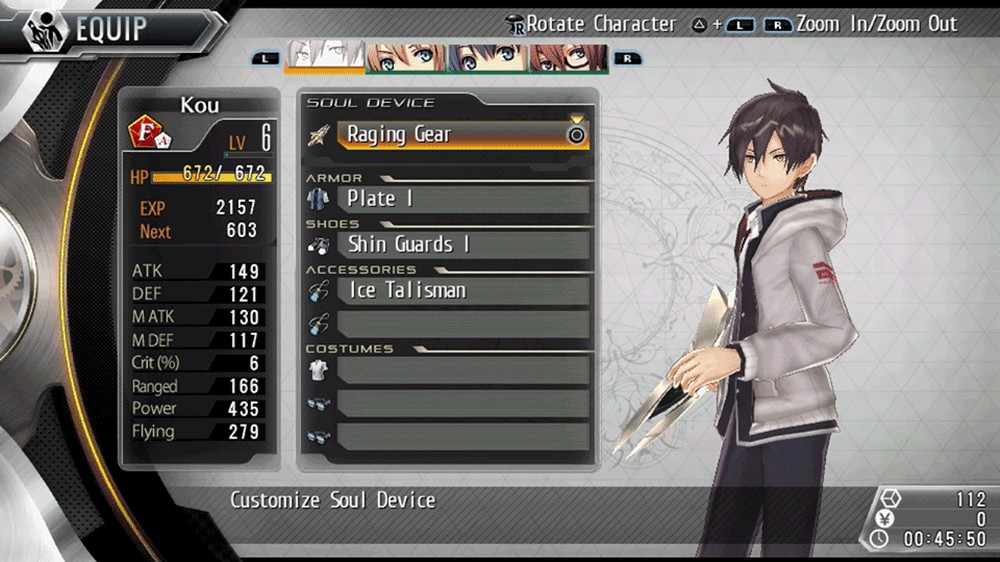 The social aspect is where you spend a good portion of your time getting to know your schoolmates as well as other NPCs in the game’s world. Falcom has always done a great job with flushing out their worlds much of which has been by making their NPCs a part of the world they inhabit complete with their own backstories. While they still take a backseat to the main and supporting cast you can get to know every NPCs, even their take on the story’s current events and their aspirations. Increasing your affinity to teammates is beneficial as it unlocks new and powerful abilities for them to use in the dungeon exploration segments.

When not in school you’ll get to explore the fictional suburbs of Morimiya City. There are a finite number of places in the city that you can go but each will have different people and shops that you can visit. Many are used to prepare yourself for the upcoming dungeons like buying ingredients for recipes. You’ll also find NPCs that will give side quests here as well. 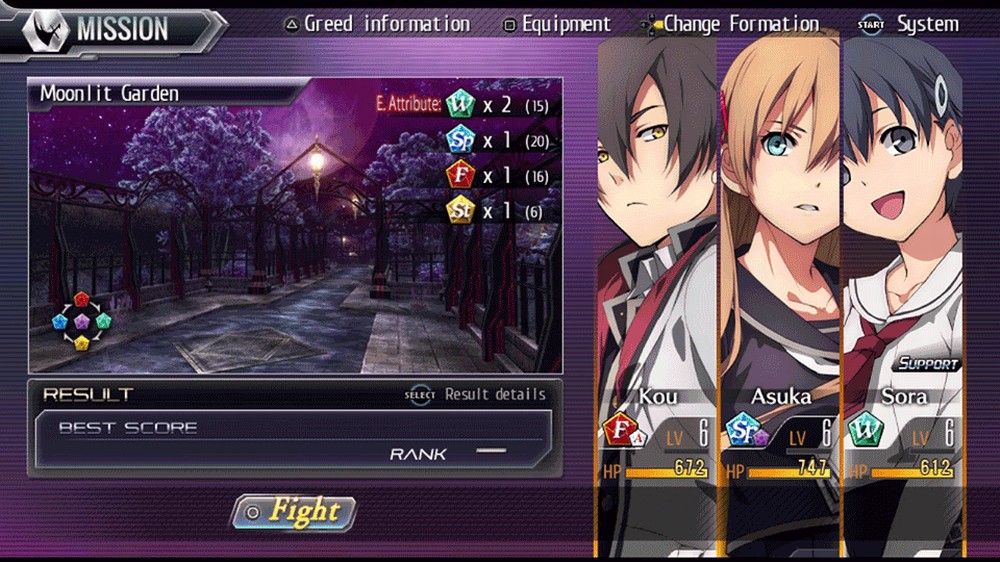 The other half of Tokyo Xanadu is found within its combat which I loved almost from the start. At its core, Tokyo Xanadu is a dungeon crawler but unlike the majority of the ones I’ve been playing this one takes place in real time not unlike Falcom’s Ys franchise. Most of these dungeons are entered by story events but some do takes some digging around to find. As a big fan of Ys, I felt right at home with the fighting system found here. Players are given three main means of attack: melee, ranged and air to use against your enemies but that is only the start of things.

The beauty of the combat is in its execution. Combat is done from a third-person perspective where characters can jump, dodge and attack in midair offering fast paced combat. Players are allowed to bring three party members into a dungeon at a time unless restricted for story reasons. Having a full party is vital for a number of reasons but chief among them is variety. The reason for variety is due to the varying elemental alignment of the enemies found in the Eclipse. 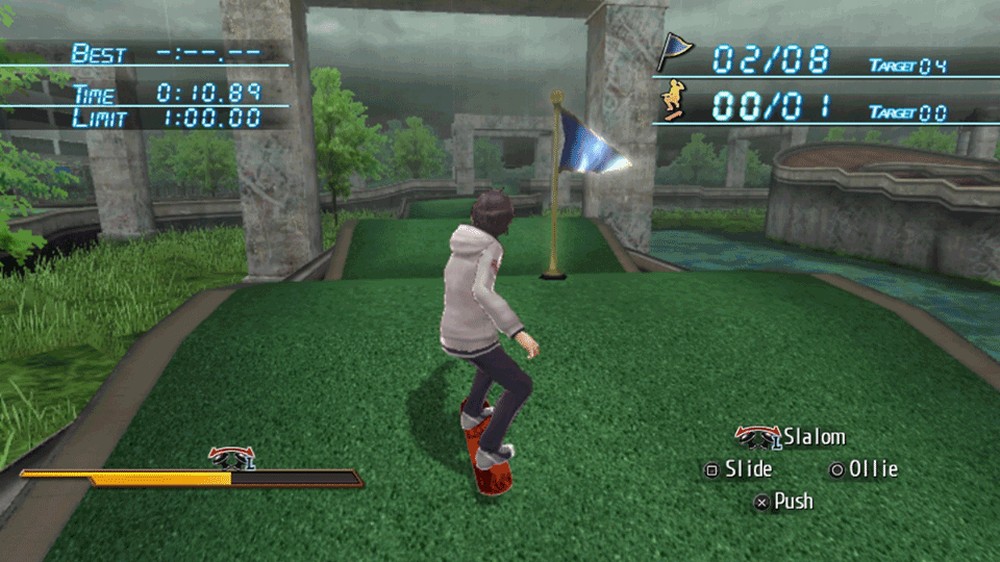 Tokyo Xanadu implements the tried and true method of combat strengths and weaknesses in the form of its five defining elements: Fire, Wind, Steel, Spirit and Shadow. Each element is stronger or weaker against its successor or predecessor in a wheel. Shadow is the overall strongest of the five but had the unfortunate fate of being weak against itself. This is where the party comes into play as characters are predetermined to utilize one of the elements. Before you go into each dungeon you are given a rundown of the element types so you can play your party accordingly.

As the combat is presented in third party only one of your party members can be active at a time. This is balanced out however with the ability to switch between each one at the press of a button to switch to the element aligned character that will do the most damage. The nice thing about each character is that while the input executions largely remain the same, each one as their own unique style and weapon types. Most of the enemies in Tokyo Xanadu pose minimal opposition with proper planning though it’s the bosses at the end of each dungeon that pose the biggest challenges. These bosses often require quick feats of jumping and dodging to avoid many of their Area of Effect attacks similar in effect to those found in the Ys series. 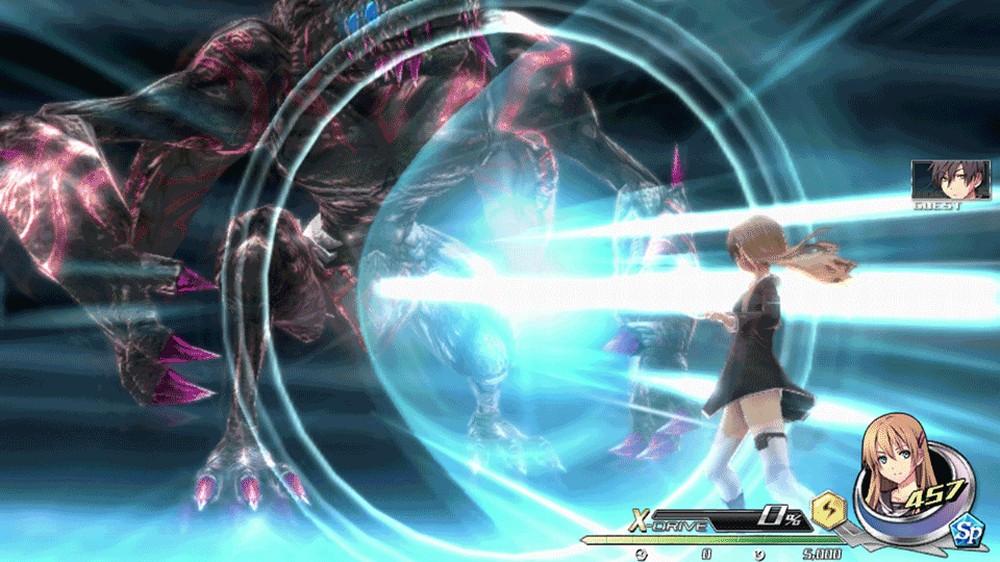 Tokyo Xanadu does feature a surprising decent number of dungeons for you to explore. There are instances where you can tell where some dungeons have been reskinned yet each one features intricate level designs that the Vita shows off nicely. This is good since you can replay any dungeon you want after its first clear to help grind or gather resources. It’s not just the dungeons that look sharp either as many of the travelable locales have had a lot of detail put into to them to give a more lively environment. Character models are decent but on par with this type of game. The characters stills and menus are all pretty clean though. The music is also really good with pieces ranging from casual mellow tunes to upbeat battle tracks that instill the desire to dive into battle.

A nice touch to the game that I liked is that any costume you acquire throughout the game or purchase as DLC will show up in cutscenes or story moments if equipped in real time instead of disappearing with prerendered content. They even update the player icons to reflect the appearance. I know that seems like a small thing but it’s a big thing for someone like me that likes character customization in any form. 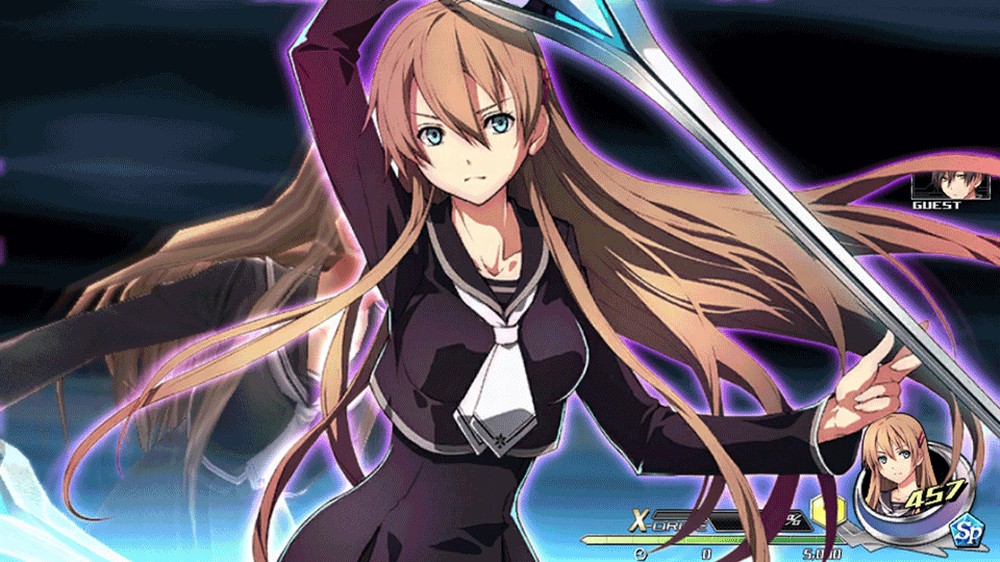 There was no shortage of things to do or people to talk to in Tokyo Xanadu. I’m pretty sure my jaw dropped a little at all the people you could interact with. To some it might seem like overkill but I’d rather navigate a world that actually has inhabitants with lives than empty spaces with cardboard shaped people. I actually enjoyed this title a lot mostly thanks to its combat and interesting cast of characters. If you’re looking for a new dungeon crawler that pulls back the camera, cranks up the combat pacing and makes you actually care about its cast then check out Tokyo Xanadu today.