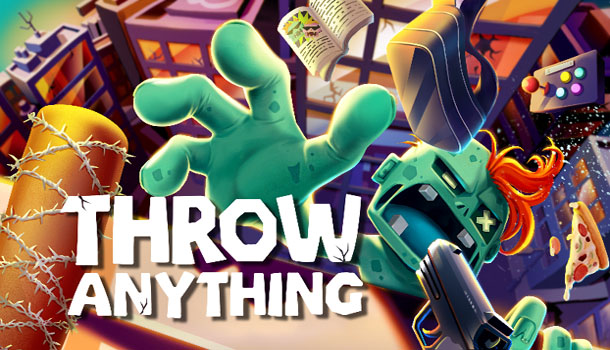 VR games typically come in two different flavors: you have the games that try to replicate what you’ll experience on a flat screen, but with the added immersion that VR provides, and you have games that focus more on VR itself, and deliver an experience that perhaps feels a little shallower than something you would find in a traditional title, but stands out because it delivers an experience that can only be realized through the VR medium. Throw Anything, which comes from developer Visual Light, falls into the latter category, as it focuses on one particular gameplay mechanic that of throwing objects out of a window. 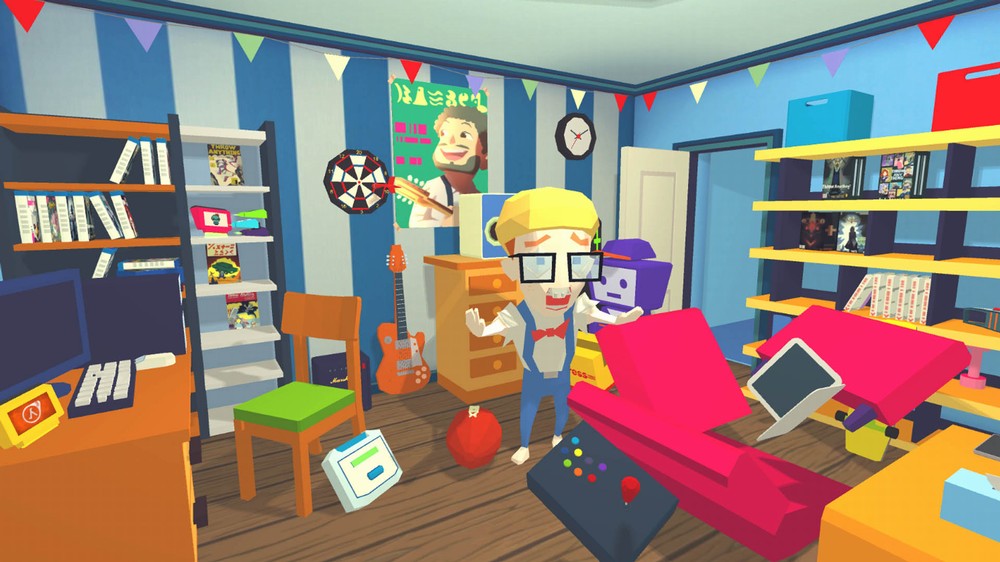 Your main task within Throw Anything is to prevent a horde of zombies from ascending the building that you’re in, with the ultimate objective being to protect the innocent civilian who is in the same room as you from being hurt. To do this, you are required to grab items from within the room and hurl them out the window at the zombies, with objects ranging from items of food to broken up furniture, and even a variety of weapons. Successfully completing a level awards you with currency that can be used to purchase specific items and weapons for the next mission, all of which are delivered by a courier robot who, if you’re quick enough, can also be used as a projectile.

The core gameplay of Throw Anything is enjoyable enough, even if I did find some of the throwing mechanics to be a little unpredictable and unreliable. You’re often moving at speed in an attempt to hit multiple zombies as they climb, and I found that this could cause the PSVR tracking to miss what it was that you were doing. This isn’t aided by the setup of Throw Anything, either, as though you’re looking out of a window (straight towards the camera) to view the zombies and throw things at them, the objects that you’re picking up are in the room behind you, meaning that you’re constantly required to be turning around, away from the camera, which I found caused a lot of issues with tracking where my hands were pointing, and even caused the ‘Out of Play Area’ notification to pop up fairly frequently as the camera lost track of the Move Controllers. 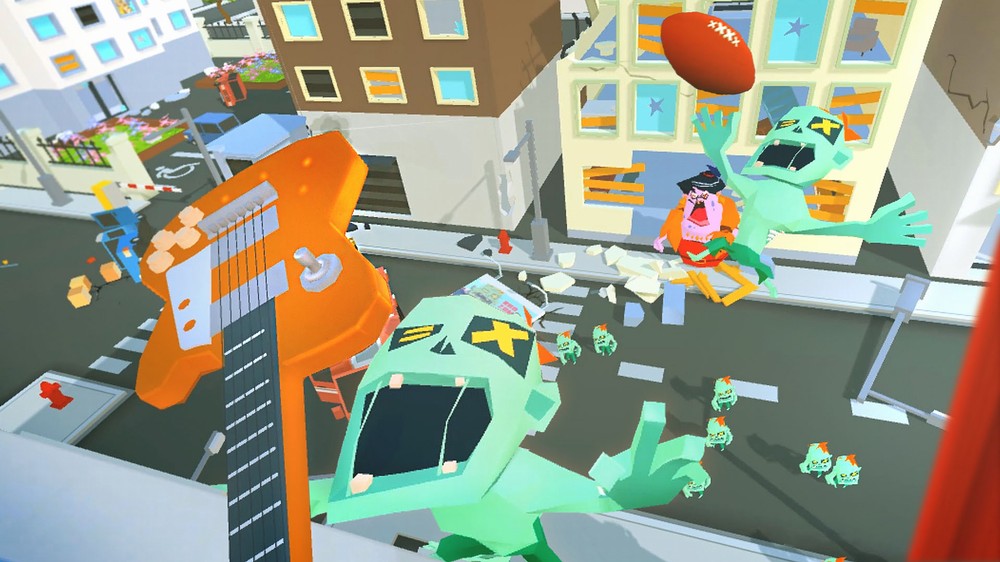 When Throw Anything works as intended, it’s an enjoyable, if shallow, experience. As you make your way through the levels, the buildings that you find yourself in get taller, and I had a noticeable sensation of vertigo when I looked down at the street below. Smashing up objects and hurling them out of a window is good fun, and when the number of zombies ascending the buildings gets to a certain point, there’s a sense of chaos as you’re just trying to throw as much out of the window as you can, as quickly as you can. There is an overarching narrative about collecting a mysterious cube to stop the zombie outbreak, but it is largely unimportant to the gameplay and is delivered in such a monotonous manner that I quickly found myself skipping the inter-level story panes and focusing on the action at hand instead.

Throw Anything is the kind of game that feels like it should have come out around the time that PSVR launched, as it has a number of the hallmarks of an early game where the developers haven’t quite grasped the intricacies of a new system. There are movements required from the player that seem to go against the proper function of PSVR, and the overall experience is shallow and over fairly quickly. However, it also does a good job of showing the promise of the VR medium if done correctly, and, as mentioned, when it works properly, it’s a good example to show to people who perhaps haven’t experienced what VR can do. It’s not a title that I would suggest many people rush out and buy immediately, but if you’re having company over and have exhausted all other PSVR party options, Throw Anything might be worth picking up for a bit of fun. However, I spent most of my time being more frustrated than actively enjoying myself, and I feel like the majority of players would experience a similar pattern. 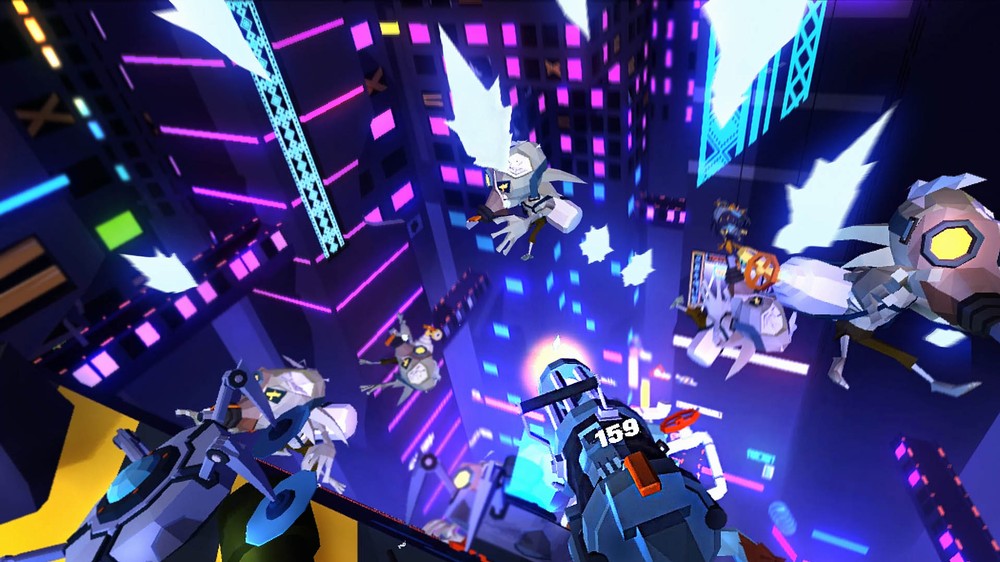