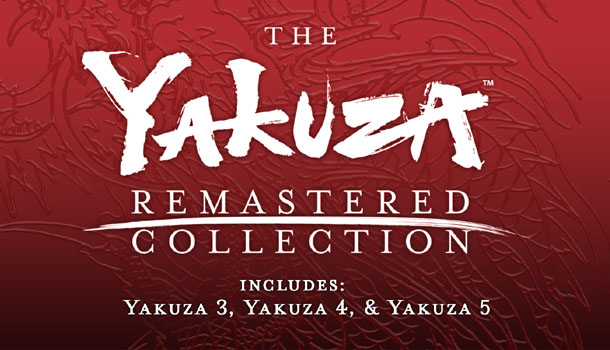 A ton of content that delivers some great stories all updated for a new generation of gamers and technology.

I came to the Yakuza Remastered Collection expecting an experience similar to Grand Theft Auto, but set in Japan, but instead, I quickly found out that a better comparison would be the Shenmue series. Though the Yazkuza games aren’t as granular as Yu Suzuki’s mystical epics, they’re a lot more grounded than the Rockstar franchise, and require you to get more involved in the day-to-day lives of your characters than you might initially expect. The Yakuza Remastered Collection contains Yakuza 3, 4, and 5, with content originally missing from the Western releases, and upgrades to both the resolutions and the framerate of all three games.

Considering that I hadn’t played any of the previous Yakuza titles, I was a little concerned that I would be quickly overwhelmed by the narrative beats and sheer number of characters, but while I had a few bumpy moments, it turns out that Yakuza 3 is a sensible jumping-off point for newcomers, and though there were certainly things that I would have missed from not playing the earlier games, I was quickly able to get up to speed with the general idea of what was going on. Our protagonist, Kiryu Kazuma has attempted to step away from the Yakuza life and has opened an orphanage in Okinawa, and because we join him in at this crossroads in his life, it’s much easier to follow where he’s been and where he’s hoping to go. Of course, it doesn’t take long for him to be drawn back into the lifestyle, and Kiryu is soon walking the streets of Kamarucho once again. 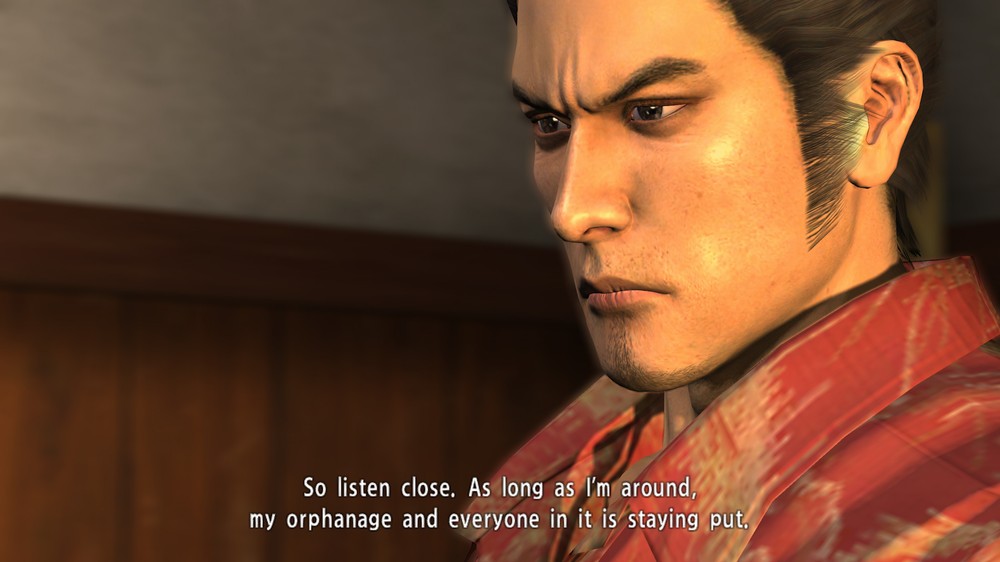 I don’t want to delve much deeper into the story, especially as over the course of the three games there are plenty of twists and turns to keep you on the edge of your seat, but be assured that I was quickly hooked, and I rapidly began to deeply care for characters that I initially expected to be throwaway sidenotes in Kiryu’s story. Alongside this, Yakuza’s gameplay naturally encourages you to gradually learn the side streets and intricacies of each location that you find yourself in, and this rewards you both in terms of feeling like you’re a part of the world, and also by delivering sub-stories that can sometimes build on the main story, and can sometimes provide amusing diversions from the main narrative, which has a habit of diving into some complicated and morally questionable subjects. A lot of each game is based in Kamarucho, and while your reasoning for being there each time is different, you’ll soon start to recognize certain areas, and returning in each new game feels a little bit like coming home.

Though some games would suffer for taking place in the same location in multiple titles, Yakuza seems to revel in it, and relies on the player’s knowledge of the area to deliver certain segments of the narrative. Kamarucho isn’t a large area, but there’s a lot to do within it, and each game does a good job of making the city feel alive. There are different towns that you will visit over the course of each game, and each area is as well developed as Kamarucho, but the fact that the bustling entertainment district appears again and again makes it feel that little bit more special. The only aspect that I wasn’t as keen on when wandering around was the frequency of random fights that you would find yourself in, but these often weren’t against too many opponents, and they did deliver some useful items and experience with which you could strengthen your characters. 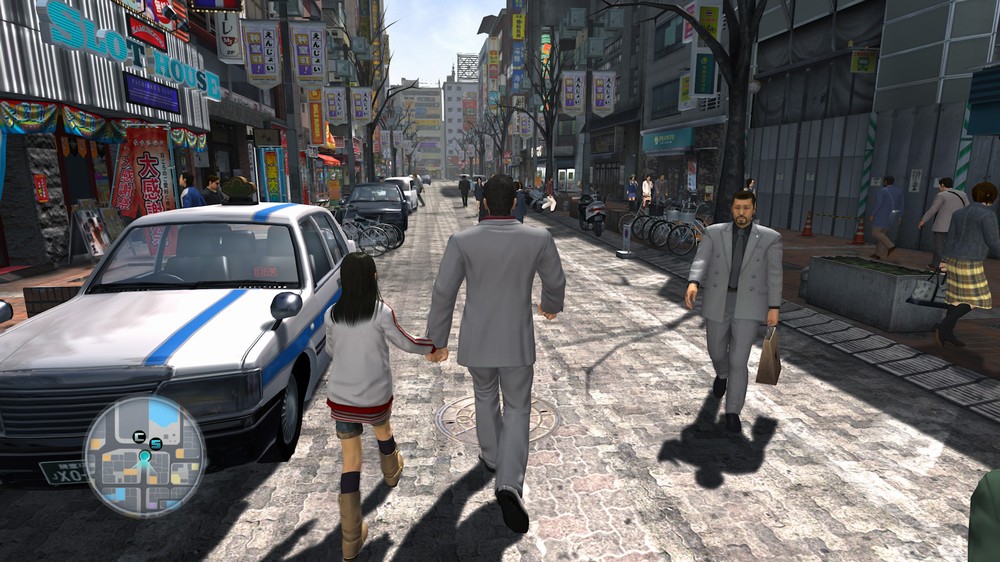 Combat stays relatively similar through the three games, although having the chance to play as different characters does unlock different fighting styles which can require you to rely more on speed or brute strength, depending on what your particular character at that time is good at. Most enemies can be dispatched fairly quickly and easily, but you will find yourself up against stronger enemies with some frequency, and these battles are more difficult and also longer temporally, both because these enemies are better at fighting back, and also because they have significantly larger health bars. These battles can become a bit of a slog, especially towards the latter end of each game when you’ll start to fight multiple strong enemies in quick succession. Yakuza 4 was an especially notable example of this, as you spend an hour or two switching between lengthy cutscenes and lengthy battles, and I must admit that I found that segment perhaps the most trying of my time with the three games.

With the upgrades to the visual side of each game, the Yakuza Remastered Collection looks quite presentable on the PlayStation 4, although there are the occasional touches that betray the fact that these games came out approximately ten years ago. However, considering their age, and the fact that they came out on prior hardware, I was impressed with the facial animations of the lot of the characters, and how much emotion and conviction this delivered to the experience. When compared with other games of the same time, it’s quite amazing how well Yakuza is both animated and acted, and I can only lament the fact that I didn’t experience these games in their original time period, as I feel like I would have been blown away. 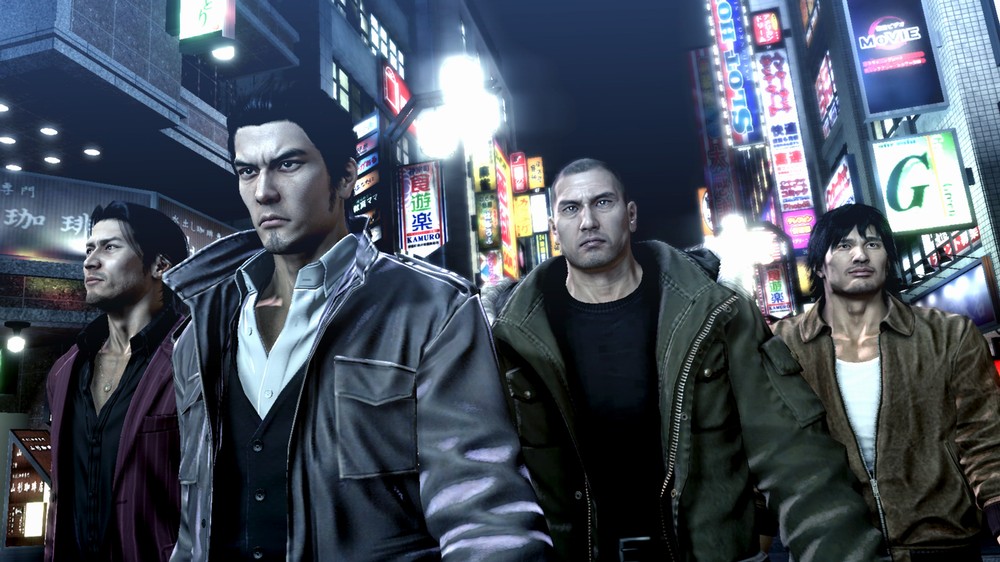 A lot of the time I spent with these three games was in fact lamenting that I hadn’t played them sooner, even though they had been in my gaming consciousness for a long time, existing as some mysterious Japanese alternative to the GTA series that always seemed to only be available on import. Having played through these three games now, though, I’m particularly keen to experience the rest of the series, and I don’t doubt that these games (and the series as a whole) will become some of my all-time favorites. The fact that I can play through intriguing and well-delivered stories is always a high point in gaming for me, but similarly, the fact that I can take the evening off of the main narrative and instead become a taxi driver for a few hours, or play twenty minute spells as a ramen chef, means that there will likely always be at least one Yakuza game installed on my console’s hard drive for the foreseeable future.

Due to the nature of reviewing a collection of three games in a limited amount of time, there was plenty of each game in this series that I neglected, and though I did take the occasional opportunity to wander off of the critical path, either by helping a group of schoolgirls solve a series of paranormal mysteries, or by patrolling a public market in the guise of a security guard as a favor to a friend, there were many more instances where I had to ignore the call of a side quest or potential sub-story. Despite the fact that I ignored these optional activities, I still managed to spend around twenty hours on each game just playing through the main story, and that was with the difficulty setting on easy, meaning that I only had to very rarely play through a combat section more than once. These are huge games, and if you give yourself the chance to get lost in their worlds, there’s plenty to keep you busy for a large number of hours.

Reviewing these games has caused me to walk through a gaming door that I had always considered opening, and I couldn’t be more pleased that I have finally taken those first steps into Kiryu Kazuma’s world. It’s more than a little daunting, as I know that I now need to play through the other games in the series, as well as replaying these three in more natural fashion, but I’m also incredibly excited to see both the origins and ending of Kiryu’s story, and to see how both Kamarucho and the huge cast of characters evolve and grow through the course of the series. While the Yakuza Remastered Collection perhaps isn’t the ideal way for a newcomer to the Yakuza series to hop on board, it also isn’t the worst way to get involved in the world, and these three titles are now in their definitive form. It’s also a great thing that you can now play through the entire series on the PlayStation 4, with a number of the games also soon coming to the Xbox One. Though there are a few elements that do show off the fact that these are older games, the Yakuza Remastered Collection contains a ton of content, delivers some great stories, and is well worth checking out. 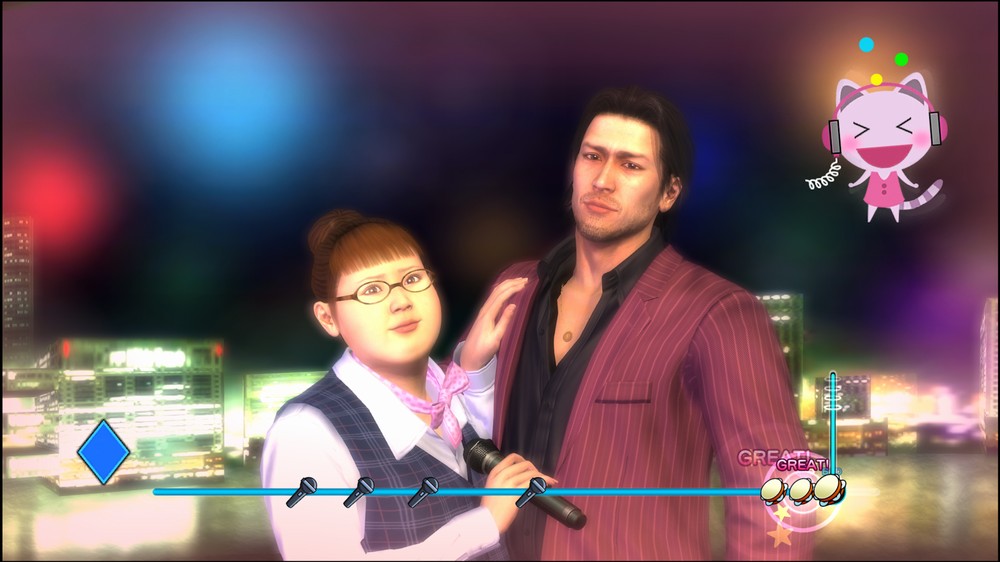 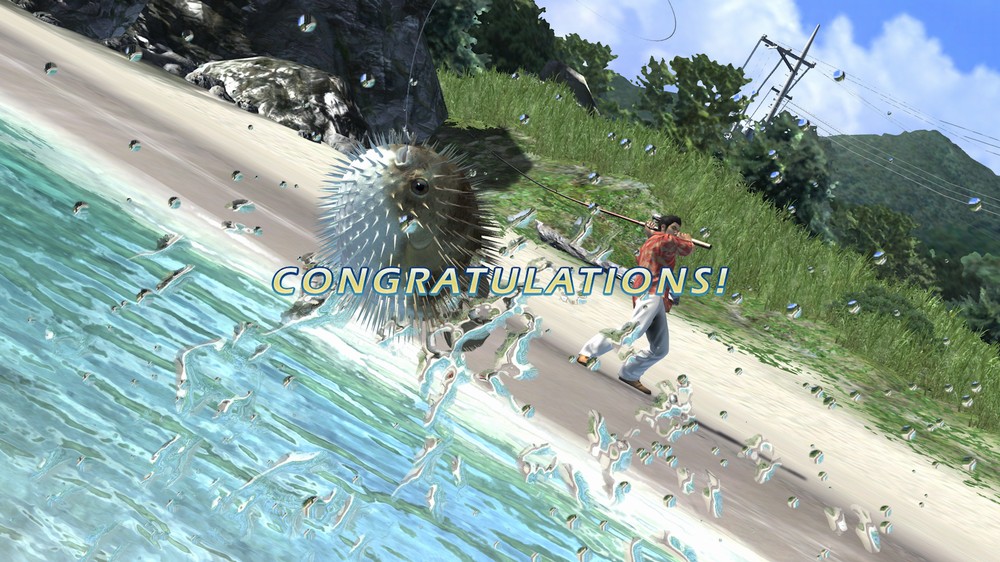 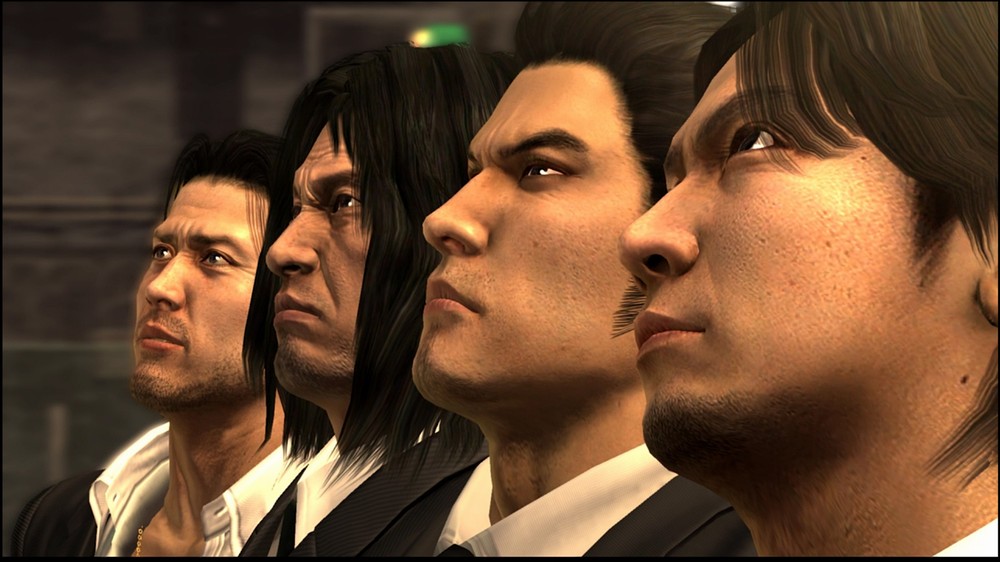 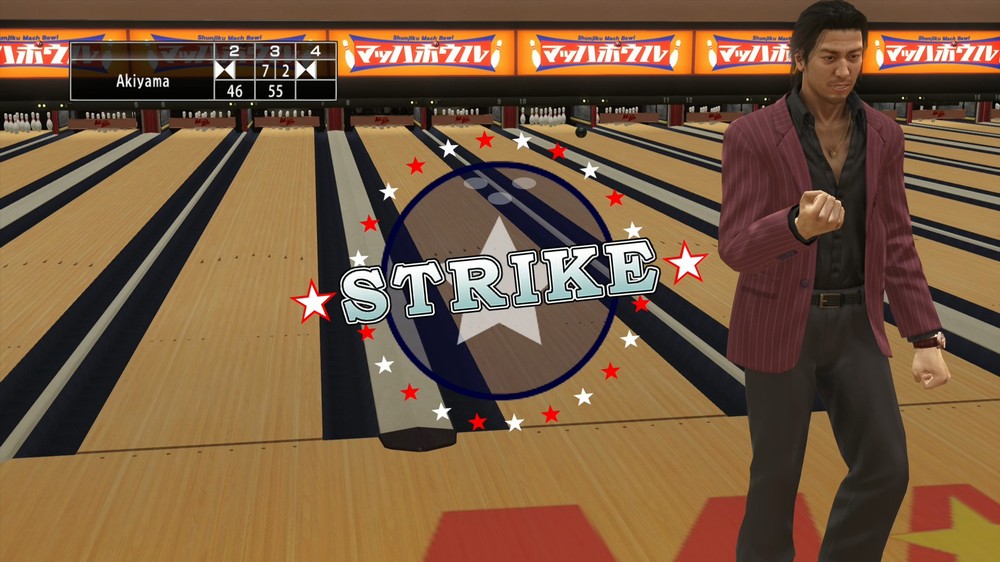