The Textorcist: The Story of Ray Bibbia Review – PC 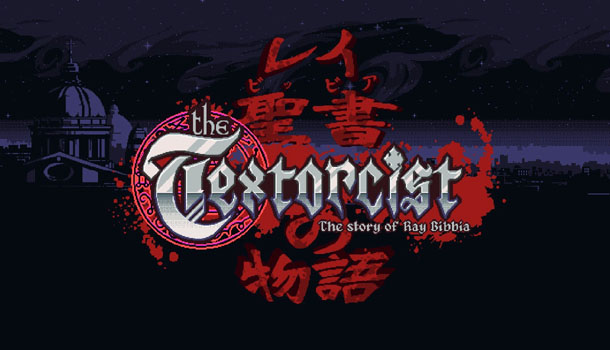 - Mentally draining
- Can be quite punishing

Mashes the bullet-hell genre with typing simulators for something truly unique.

It feels that in every other review that I write, I’m compelled to mention how the particular game that I’m covering is unique, and how it does things differently from games that I’ve played before. This is part of the beauty of reviewing non-triple-AAA games, and games that haven’t been covered and previewed for months in videogame media: I often receive a game for review, and have next to no idea of what to expect when I boot it up for the first time. However, occasionally a game will come along that blows everything else out of the water, and mashes two genres together that I would never have though would work in unison, or introduces a mechanic that doesn’t seem to make much sense on paper, but works quite wonderfully when implemented.

This winding introduction is basically an attempt to get your mind ready for my most recent experience: playing The Textorcist: The Story of Ray Bibbia, which mashes the bullet-hell genre with typing simulators, such as Mario Teaches Typing or The Typing of the Dead. Playing as the titular Ray Bibbia, you are given the objective of bringing down a number of demons by using holy scriptures, but the twist comes in that while you’re avoiding projectiles from your foes, you’re also required to be typing out holy words in order to return them to where they came from. It’s a weird sensation, as you can feel your brain struggling with keeping track of everything that’s required of it, but there’s a sense of immersion in struggling to type and move that makes Ray Bibbia’s quest feel more real than merely firing weapons could ever achieve. 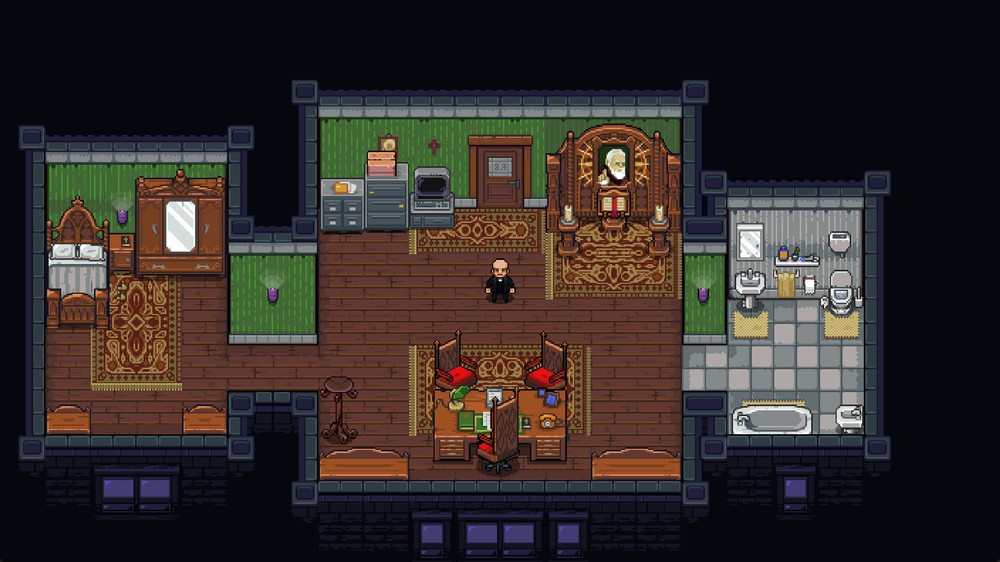 Narratively, The Textorcist plays out like a noir detective tale, with a religious bent. Your first task is to investigate a housemaid who seems to have been possessed, and from here you’ll visit multiple locations across the town, encountering bigger and badder demons on the way. In between battles, you’ll engage in some very light detective work, which often involves using your in-game computer to look up information and discover new regions to visit. Early on you’ll visit various bars and clubs, and while the visuals are clearly influenced by older games, they’re clear and clean, and have enough color to look fresh. I find sometimes that games trying to look old just come off as ugly, but The Textorcist does a good job of balancing resolution with style, and I have a feeling that anything more visually complicated would only end up making the gameplay too difficult to follow.

Combat is the most noteworthy aspect of The Textorcist, and it’s a truly novel approach to fighting enemies. Your directional keys control Ray Bibbia’s movement, but the rest of your keyboard is used to type out holy scripture, and once each verse is completed, the enemy that you’re fighting will suffer damage. I found this particularly difficult, as my touch-typing skills aren’t great, and so my approach varied between one hand on the arrows and one hand on the letter keys, and one hand on the arrows until there was a break in projectiles flying at me, and then typing as many words as I could before I got hit again. When you get hit, your book of scripture flies out of your hands, and you’re unable to continue until you pick the book up again. At this point, you’re also vulnerable to damage, as when the book is in your hand you have a form of shield. 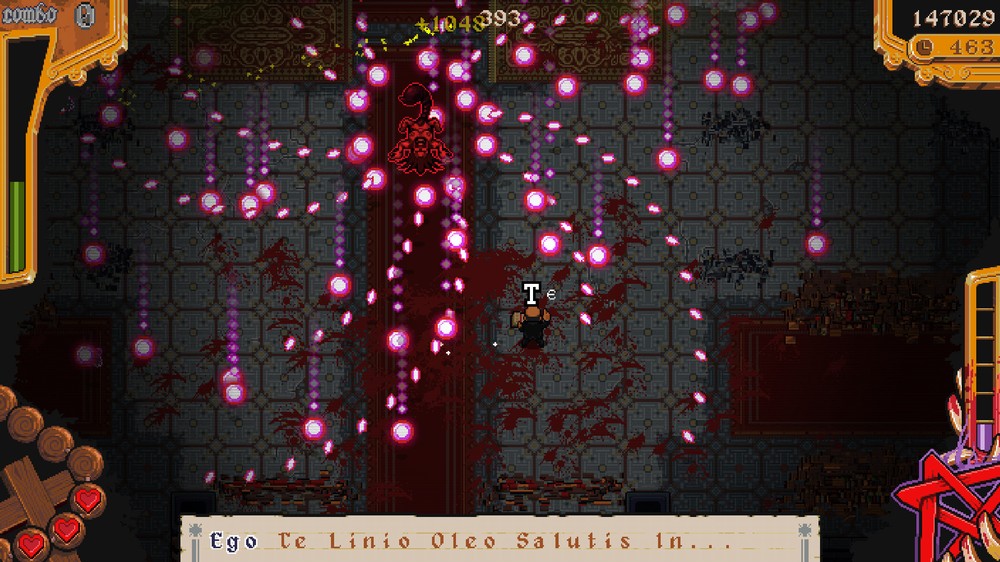 If you make a mistake while typing, or hit the wrong letter, you’ll lose the progress that you currently have in that particular line, meaning that you have to be paying attention to make sure that you are where you think you are in the passage, otherwise you’ll find yourself quickly going further and further backwards with each wrong key that you press. Combat is made more difficult by modifiers that enemies can use, such as projectile vomit covering your book, obscuring words, and bombs that need to be defused by typing the correct keyword next to them.

The Textorcist is a great experience, and I had a lot of fun playing it and testing my coordination, but I did find that I could only play it at certain times and in the right frame of mind. This isn’t the kind of game that you can relax on the couch with, and I personally found that I didn’t even want to think about this game if I’d had a particularly long day at work. It’s a game that makes your brain work, and after a session, you’ll feel as if you’ve been exercising your mind quite strenuously. I found that on a lot of the sessions I did play, I came away noticeably more tired than when I went in, so it’s a good idea to be aware of the fact that this isn’t necessarily a soothing experience. It is enjoyable, though, and the sense of humor and novelty of its approach go a long way towards making The Textorcist worth a try if you’re after something new. 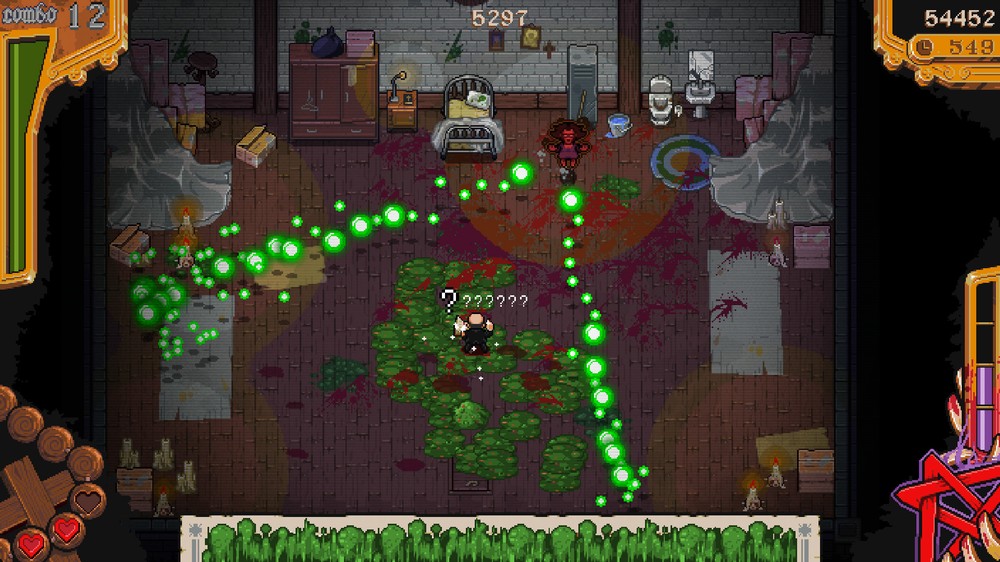 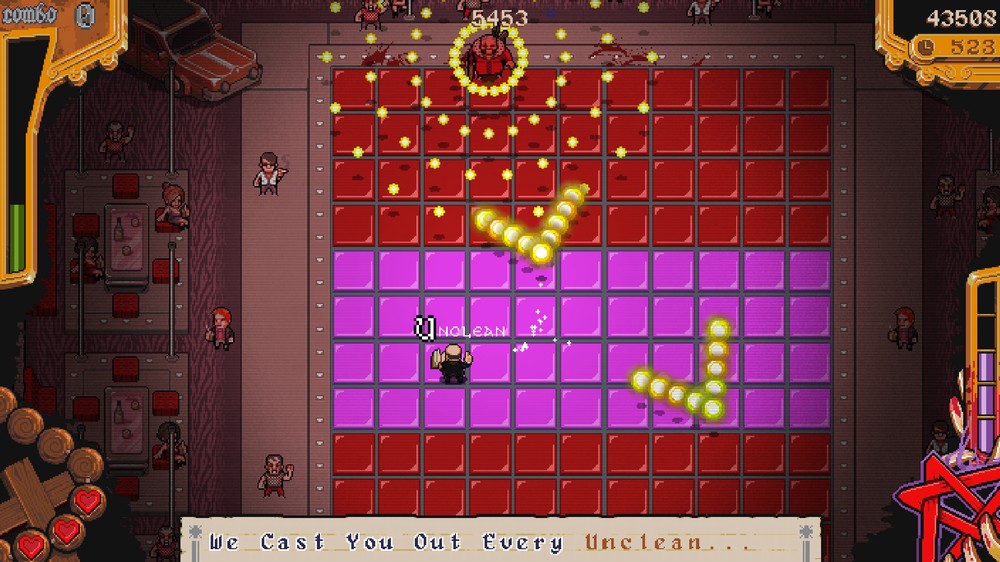 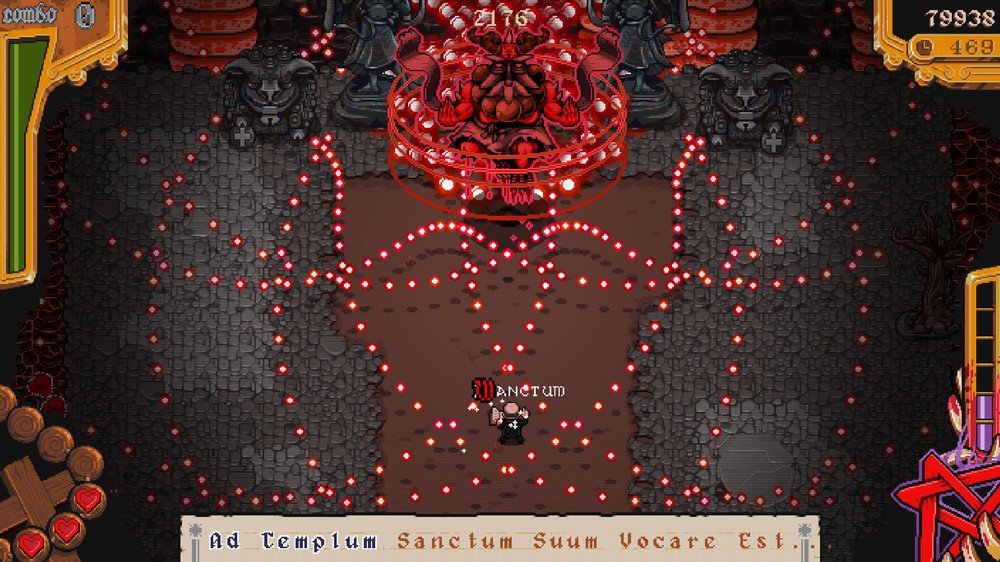 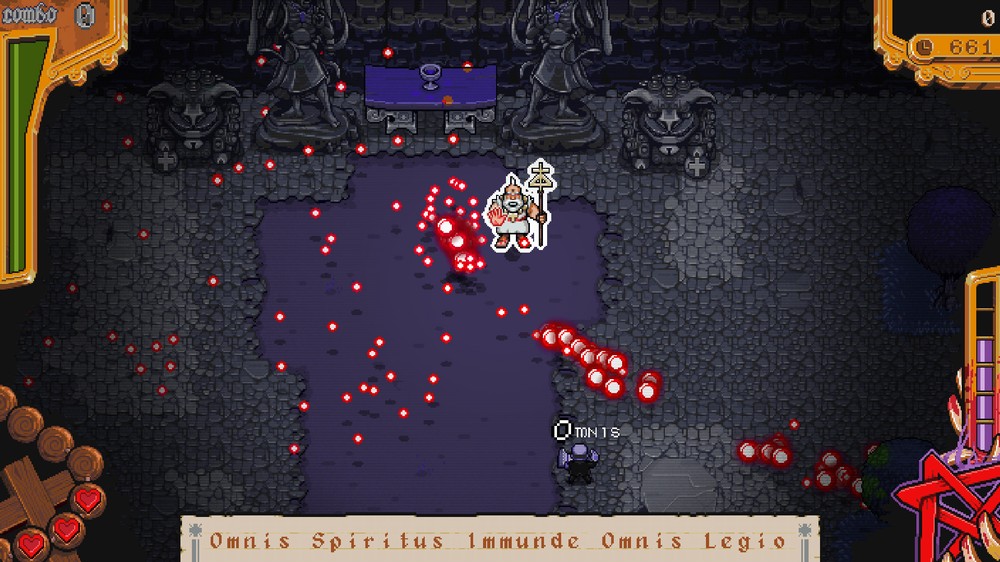 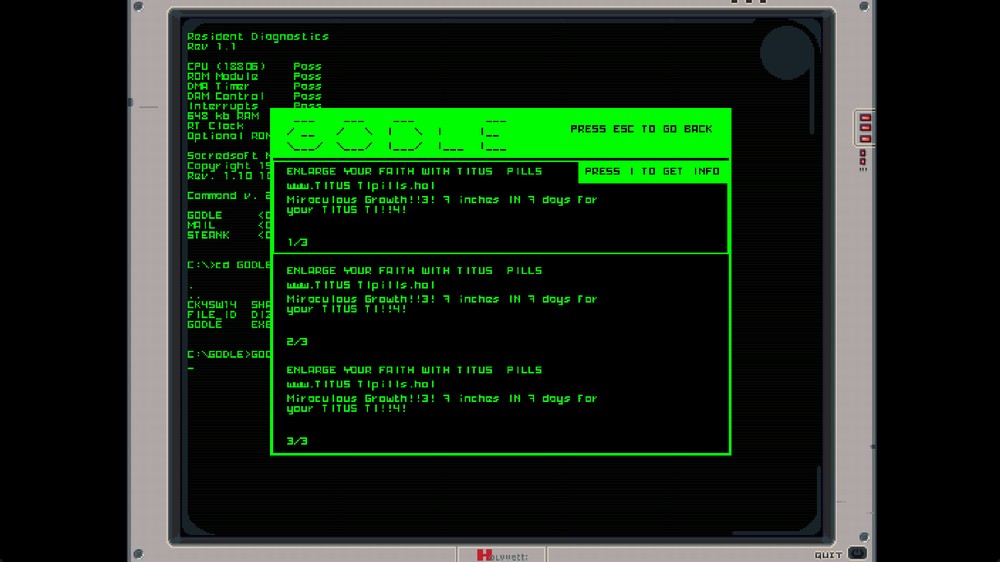