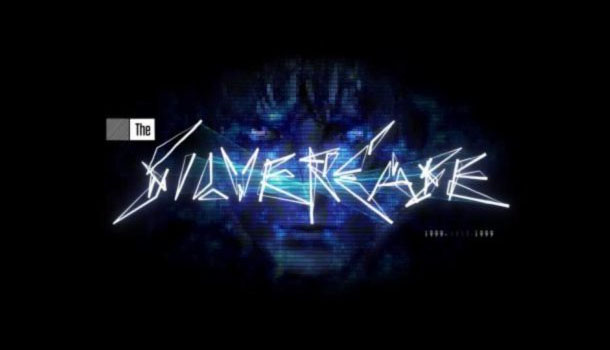 + Awesome atmosphere and characters
+ Story that is captivatingly weird
+ That film window presentation!

Not perfect but it was an adventure well taken.

If there was a name that I had to throw out that could instantly associated with the bizarre, confusing, and visually stylish in the world of gaming it’d have to be Goichi Suda. While his given name might not be instantly recognizable, his nickname Suda51 and his works including Killer7 and No More Heroes will likely spark many a conversation. This year we are treated to the rebirth of the debut game, The Silver Case, which his studio Grasshopper Manufacture released back in 1999.

Originally released only in Japan for the original PlayStation, The Silver Case is a story told in a visual novel point and click style adventure game. The story takes place in a contemporary Japan and focuses around a bunch of bizarre murders linked to a legendary serial killer and assassin called Kamui Uehara. This is the first time that the world and especially the US are getting to see The Silver Case so I only had the first hand exposure from his other notable titles going in to my playthrough. 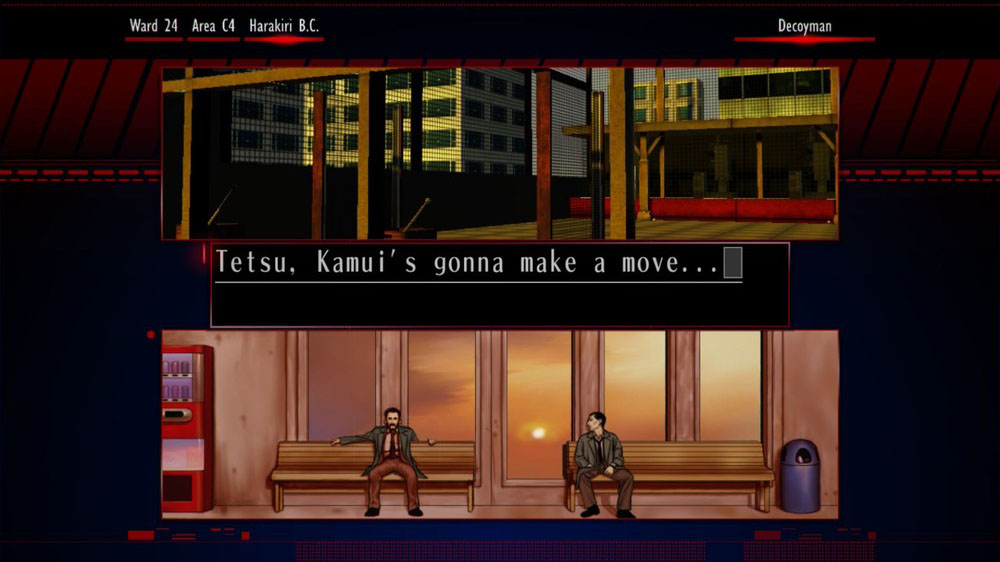 If anything can be said about Suda51 it is that he has a very distinctive style that is easily recognizable to those exposed to it. Sometimes it’s his creation of proper atmosphere while other times it’s his visual flair (Lollipop Chainsaw) that draws you in. Safe to say anytime I see the Grasshopper Manufacture logo, I know that I’m in for an interesting ride. Such was the adventure that I experience with The Silver Case. This is a title that is more experienced than really played as its overall story is a very text heavy adventure wrapped in a visual novel presentation.

Even from the very beginning I was presented with an opening “movie” comprised of a mixture of names thrown around the screen with CGI animations, short FMVs of real footage, hand drawn character art stills, and bits of animation presented in windows that pop up and disappear moments later. It’s a unique editing style known as Film Window that Suda51 first presented in The Silver Case during its original run to solve production issues and that has lived on in his later endeavors as one of his most signature gaming designs. 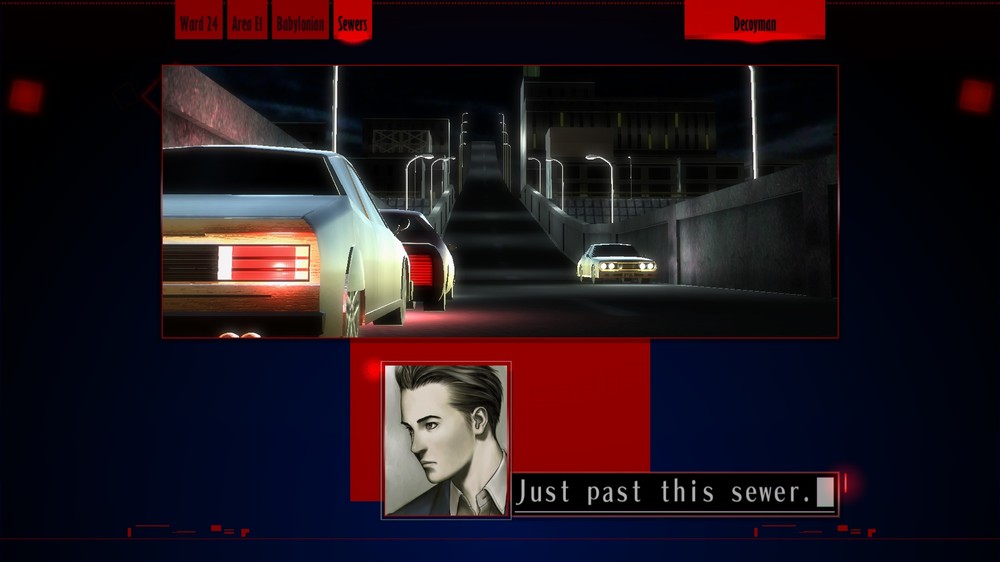 Technology was in a very different place back in 1999 as many gamers like myself can vouch for. Player input and menus weren’t nearly as flushed or fancy as they are today especially since The Silver Case was released on a console without analog sticks or the processing power of today’s machines. I cannot even imagine the amount of time it took Active Gaming Media with the aid of Suda51 to not only modernized the remaster with improved graphic resolutions, menus and most importantly the most daunting of their tasks, localization. I’ve got say though for not having a frame of reference to go on here of the original presentation; The Silver Case is definitely one I will not forget having dived into it.

The Silver Case is actually comprised of two separate scenarios that make up both the foreground and background events of the overall adventure over the course of six chapters apiece. The first scenario “Transmitter” is told from the perspective of a detective and his compatriots solving the serial murders while “Placebo” is told from the perspective of a journalist covering the investigation. This offers players a more complete picture of yet still bizarre story. And it’s bizarre in a cool neo-noire or cop drama kind of way where it’s not just about the crimes themselves but the characters involved on both sides of warring law factions. There is also the matter of the sectioned off city called 24 Wards whose citizens go about their lives under the illusion that they are safe there. 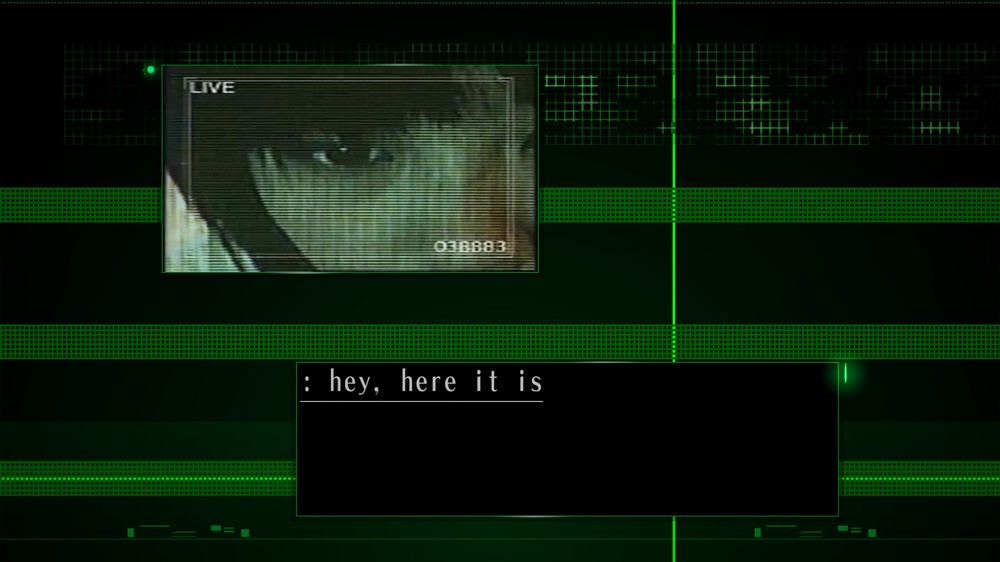 The truth is that the 24 Wards are far from ideal as you are slowly exposed to the dark underbelly of humanity in the opening acts as a member of the Special Security Force. It isn’t long before you find yourself among the members of the SSF’s rivals, the 24 Wards Heinous Crimes Department, where you have to find your place amidst a horrendous murder investigation. This remastered version of The Silver Case can be experienced in either its mostly original form or the remastered version by toggling options for almost everything from the language, to the movement inputs to the music and CGI clips in the options menu.

The Silver Case makes a point to tell you that it will take time to get used to the controls almost from the very moment you first get to control a character and to be honest it does to a point. Character movement presented in first person while updated is still very much a point and click grid based navigation system much akin to early dungeon crawlers. I’ve been playing point and click games for years so The Silver Case wasn’t as much of a design shock as it maybe for newcomers to this style of gaming. That said the remastered version does allow for a WASD keyboard configuration for movement while utilizing the mouse for vertical looking and interaction purposes. There is also partial controller support that worked pretty well once I got used to the buttons if you prefer using the controller. 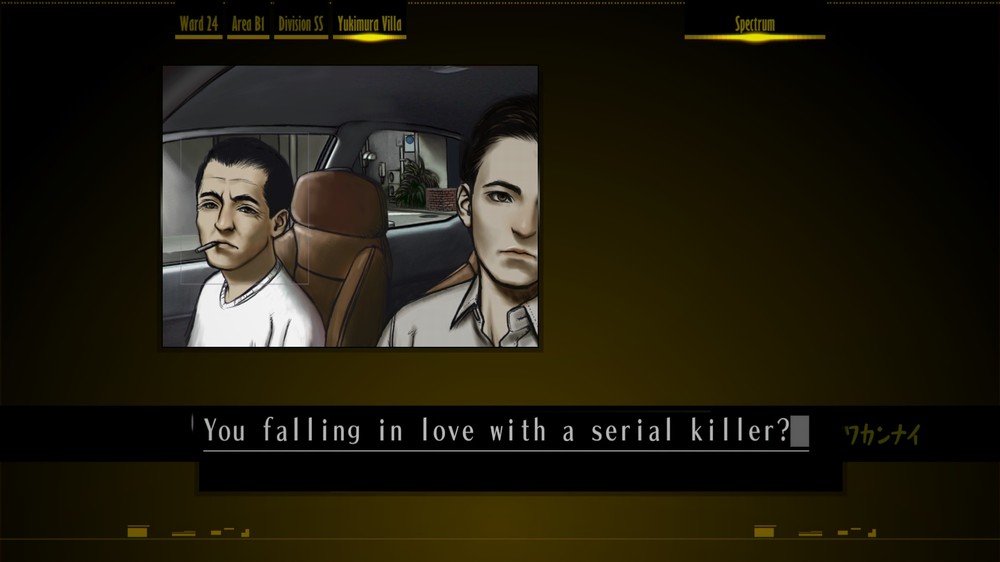 I found that the keyboard and mouse option plays better to the text based nature of the game though as several of the puzzles that you encounter like decoders do utilize a text based structure that can be done by point and click or manual typing. Actually one of the first things you do is enter a character name before the story even gets started. There are also quizzes that you encounter that rely heavily on language to solve but AGM seemed to do a remarkable job at recreating what I can only imagine what would have been a linguistics nightmare. I did encounter a few moments where things really didn’t seem to be explained real well but overall but they didn’t really affect my enjoyment of The Silver Case any less.

Movement and interaction basically breaks down to utilizing a radial wheel comprised of 4 key options, Movement, Implement, Contact and Save. I like that you can save pretty much anywhere as long as you’re not in a conversation or critical moments. Movement is fairly straight forward using any of the three options depending on your peripheral choice to navigate locations. Contact is used to interact with everything from items in the environment to talking to people to progress the story. The final option Implement is used for the majority of the puzzle solving or critical story moments and is essentially your inventory box of sorts. 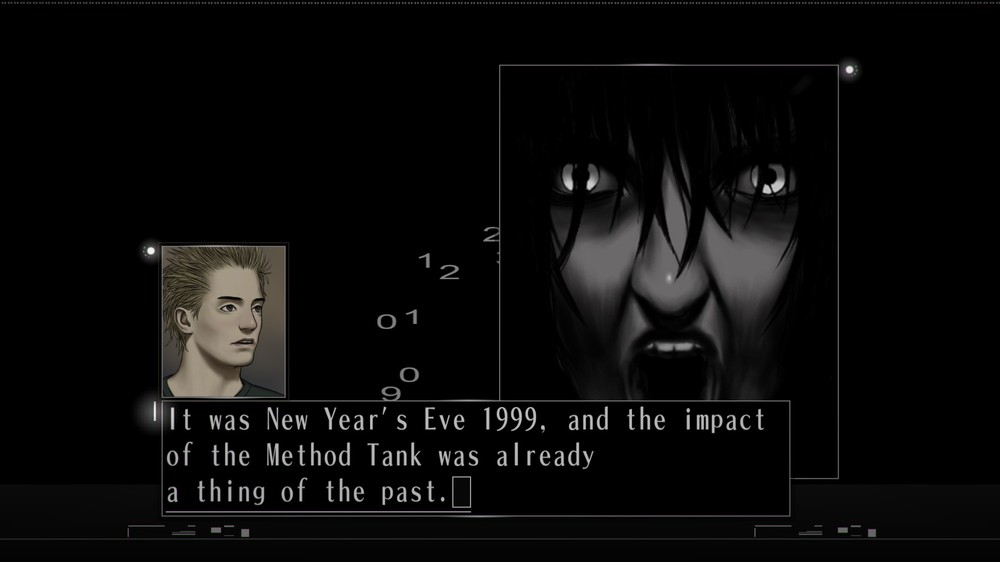 The things that I’ve come to accept about Suda51 titles is that often things won’t make sense at times and that’s not a bad thing. Suda51’s very design style is often one of obscurity, weirdness with varying moments of emotion. One of his key ingredients in his projects and especially in The Silver Case is his ability to create atmosphere with visuals and audio. As I mentioned above, this remastered version of The Silver Case offers players two ways to experience it. You can opt to play it with its original opening movie, CGI movies and audio if you so choose or experience it into new updated package with a new remixed musical score by Silent Hill composer Akira Yamaoka. I took the time to try out both styles and honestly I like them equally as both still offer amazing atmosphere though I’m sure newer generations of gamers will be at home with its remastered presentation.

At this point in my gaming life, I often count myself lucky to be living in a time where technology has gotten to the point it has. Not only because of how spectacular modern games are becoming but because we are now at a point that games that paved the way forward are coming back for a new generation. For me The Silver Case is a game that I’d only heard about but like many others here in the States have never had the opportunity to play. Now I can happily say that the wait that it took to get it to the rest of the world was totally worth it. Sure it’s not perfect but it was an adventure well taken. If you want to experience where it all began for Suda51 and Grasshopper Manufacture then I absolutely recommend picking up The Silver Case for download on PC today.