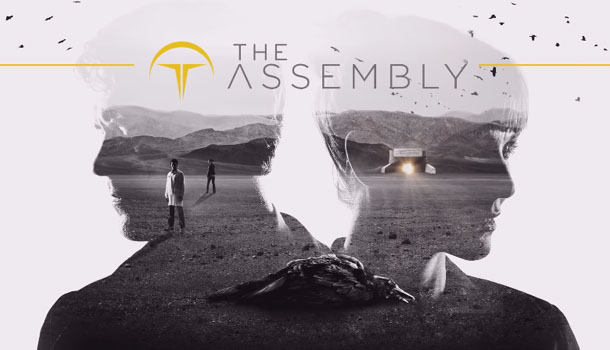 A substantial addition to your adventure game VR library.

The Assembly, the latest games from nDreams, is being called “The Perfect Intro to VR”, which when translated means that in this first-person adventure, “you still use a controller and your head is now your mouse (or right stick)” and environmental interaction is nothing more than point-n-click.  But despite the rather poor implementation of VR, there is still an interesting game lurking behind those giant steel doors of that underground mountain complex.  If only I knew the pass-phrase…

The game starts off with a few flashbacks as you inhabit the body of Dr. Stone, the first of two playable characters in The Assembly.  She has recently lost her mother during a failed scientific experiment where mom was being used as a willing test subject to cure a virus.  Stone was charged with murder but The Assembly has snatched her up and taken her to their mountain research facility where they put her through all sorts of weird tests (mini-games) like navigating mazes and solving dinner party murder mysteries – don’t ask. 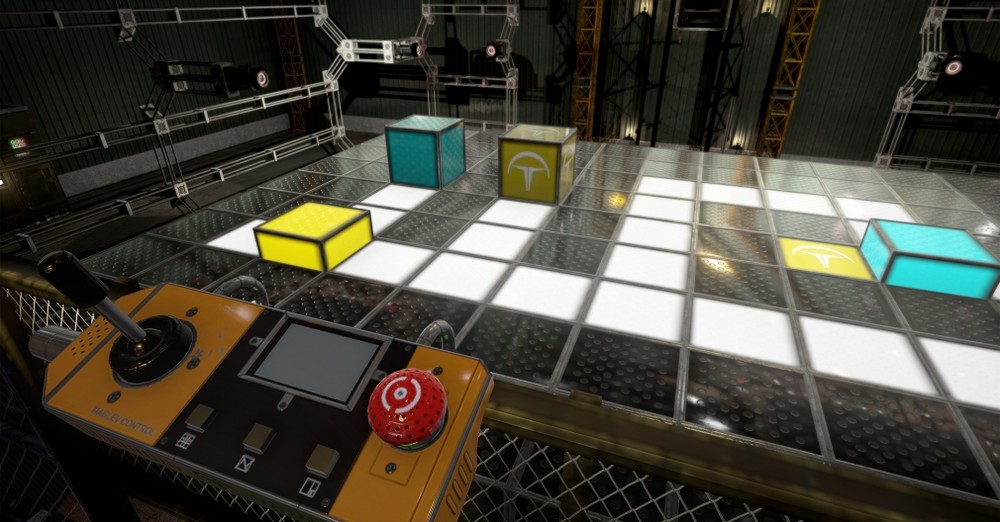 Throughout the game you will alternate between Stone and another doctor, Cal Pearson, who is already working in the labs.  This is where the more adventuresome parts of the game happen as you explore offices and labs, open every drawer and cabinet, read every email, and examine every object that isn’t nailed down.  I thought it was interesting that they separated the exploration from the puzzle-solving by making each sub-genre character specific, and by mixing it up you never get too burned out with either facet of the game.  The puzzles themselves aren’t terribly difficult, and even novices can power through them given time.

nDreams has essentially taken a standard adventure game and placed it within a 3D modeled world, yet they are fully aware of the dangers of doing so as evident by the numerous options in the menu to make the experience comfortable for the widest range of gamers.  Personally, I chose the smooth turning and movement, which is most likely to make you sick, but for those with weaker constitutions you can switch over to snap turns and teleport movement.  The game only supports a controller (sorry Vive owners) or mouse/keyboard, and is pretty much point-n-click as far as interacting with items and the environment. 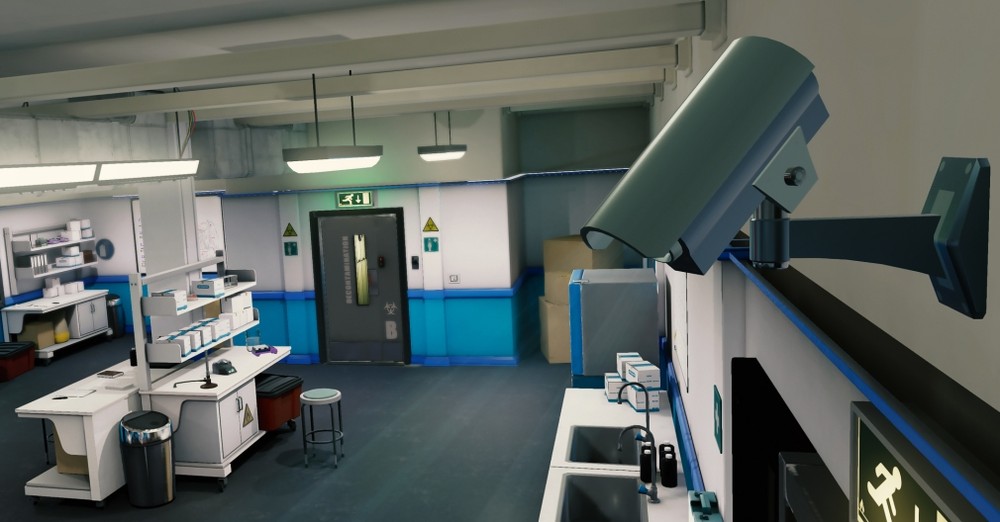 The overall design of the game and puzzles seems almost counterintuitive at times.   There are dozens of emails to read but only a few are relevant to the actual game.  Even worse, there are hundreds of drawers, file cabinets, and lockers, and 99.9% of them are empty, but you had still better open every last one of them because you can be sure the one you skip has a mission-critical item in it.  At least things like pass codes and such are noted and can be called up when needed.

There are moments of pure genius in the game.  Early on one of Dr. Stone’s tests was to identify two suspects in the killing of a scientist at the recreation of a dinner party murder.  You get to listen to recorded statements from each suspect and investigate these little cubicles pertinent to each of their lives for clues before choosing the two people you think did it.  Even though this entire “test” seemed out of place with the rest of the game I was completely immersed; more so than any Sherlock Holmes or C.S.I. game I had played in the past. 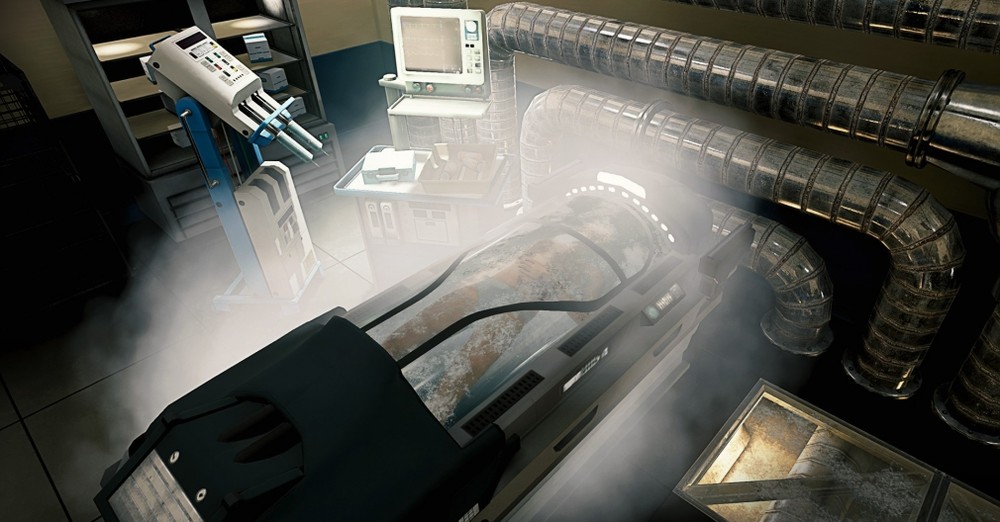 The Assembly is arguably a bit on the short side, even for a VR title.  You can probably finish the game in 4-5 hours and experiencing both endings is merely a matter of loading your save game  and making the “other choice” at a very binary plot branch moment.  Even so, I did enjoy almost every moment I spent inside The Assembly.  It was a nice mix of adventure and puzzle-solving with a cool story that kept me engaged from start to finish.

The game has some great visual design although the clarity suffers from the VR screen door effect (you learn to see through it over time), so you’d have to play on a monitor if you want crisp visuals like the screenshots.  Environments were excellent and the mountain complex was genuinely creepy at times, but the repetition of some obvious items like a watercooler around every corner or that same power strip lying on the floor of every office – sometimes more than one – broke the illusion.  And what’s with all those alphabetical binders on the shelves?  Some of the coolest moments were looking at the virus cells in a microscope and rotating those sickly pods in 3D space and feeding a poor puppy locked in a cage.  There were a few graphical hiccups – the most notable being at the beginning as I was being rolled up to the mountain lab and my wheelchair was half submerged in the dirt path.

The game has some excellent audio that you can enjoy with headphones, although since this is a seated game you can use any existing surround sound setup as well.  The music and sound effects are spot on with this sci-fi, mystery, thriller narrative, and the voice acting is outstanding and there is a lot of it, both actual and internal monologs.

The Assembly is the first big “blockbuster” game to arrive for VR…sort of.  While the developers claim the game was “created from the ground up for virtual reality headsets”, the game is clearly being sold on Steam as a standard non-VR version with a $10 VR DLC that can be purchased separately or bundled into the “Complete” version for $30 – the same price it’s selling for on the Oculus store where my copy came from.  In their attempt to cater to the widest audience possible nDreams has essentially diluted the gameplay down to the point where it is merely a standard adventure game, and your expensive VR headset is nothing more than some 3D glasses with head-tracking.  It’s a nice first step in getting their VR feet wet, but I look forward to seeing nDreams’ next VR game actually putting me in the game. 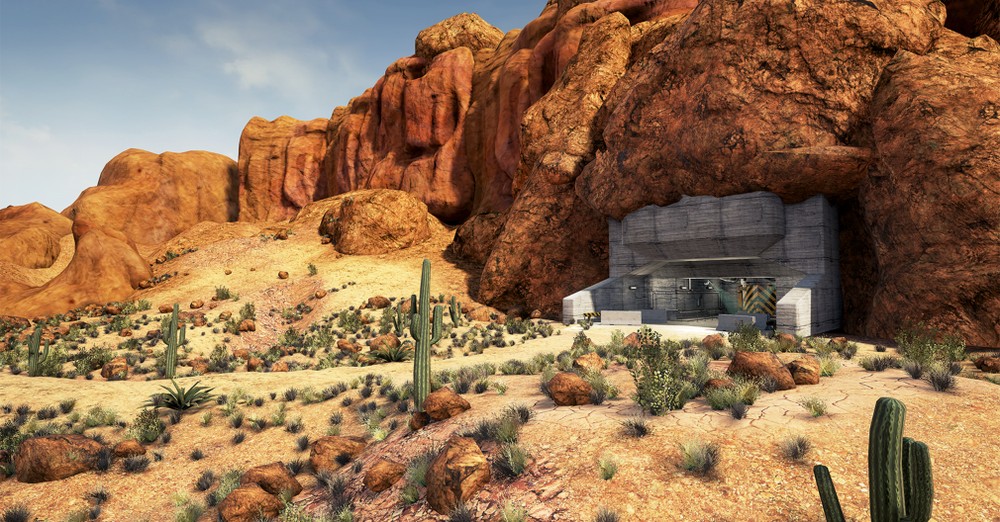 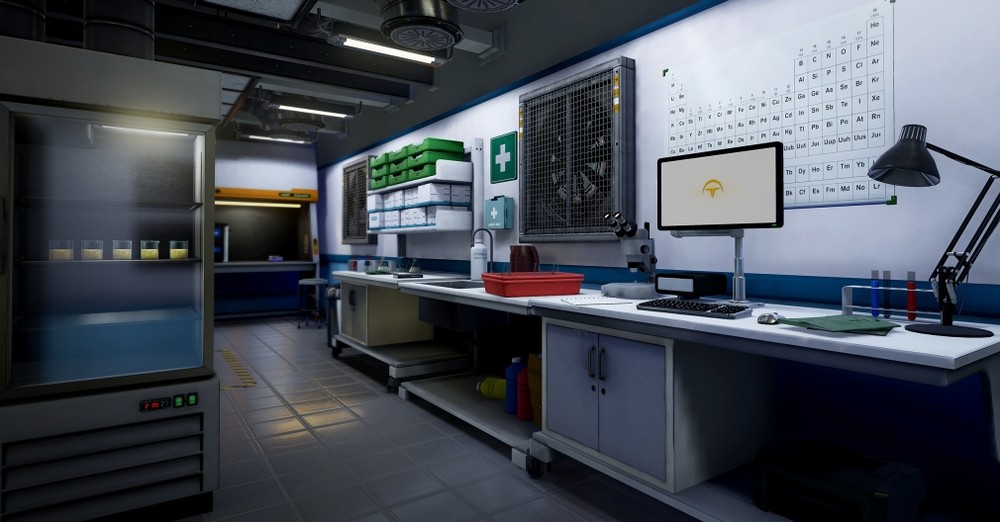 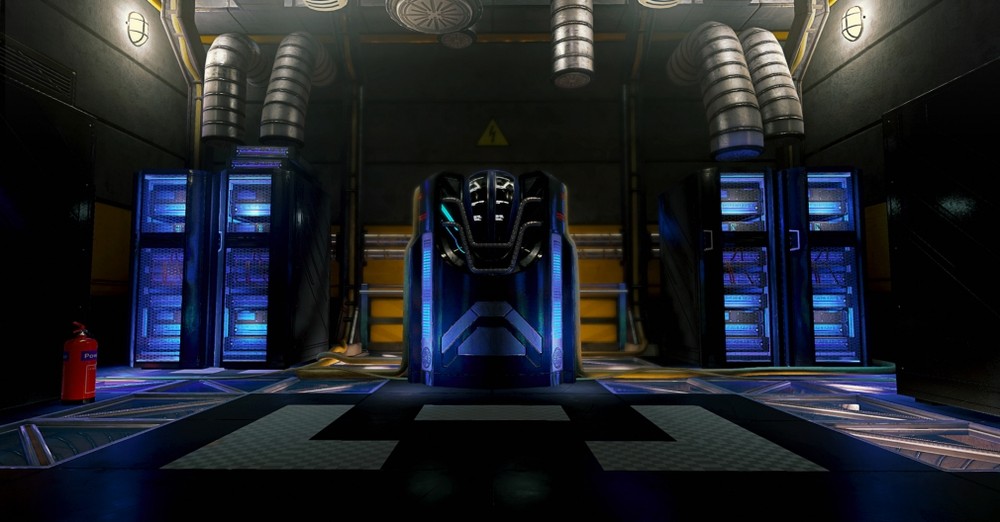 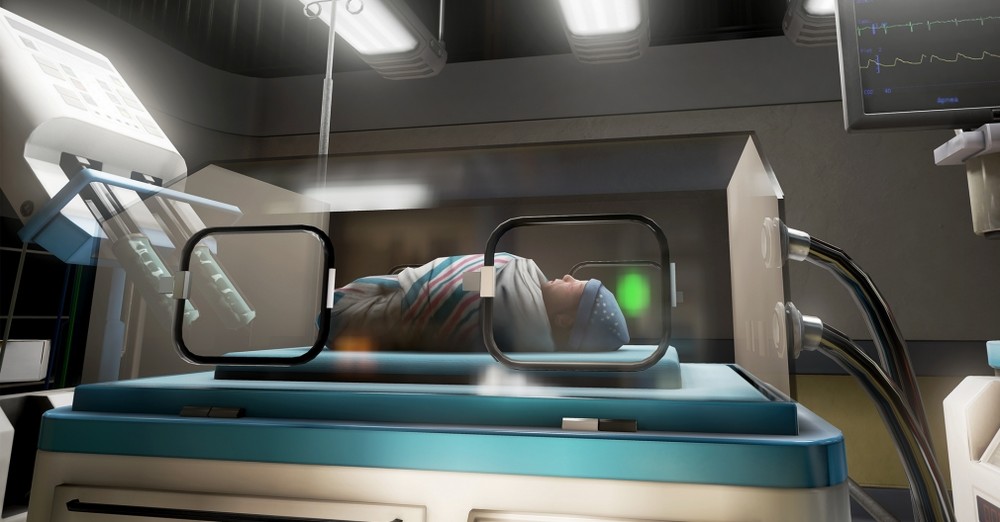 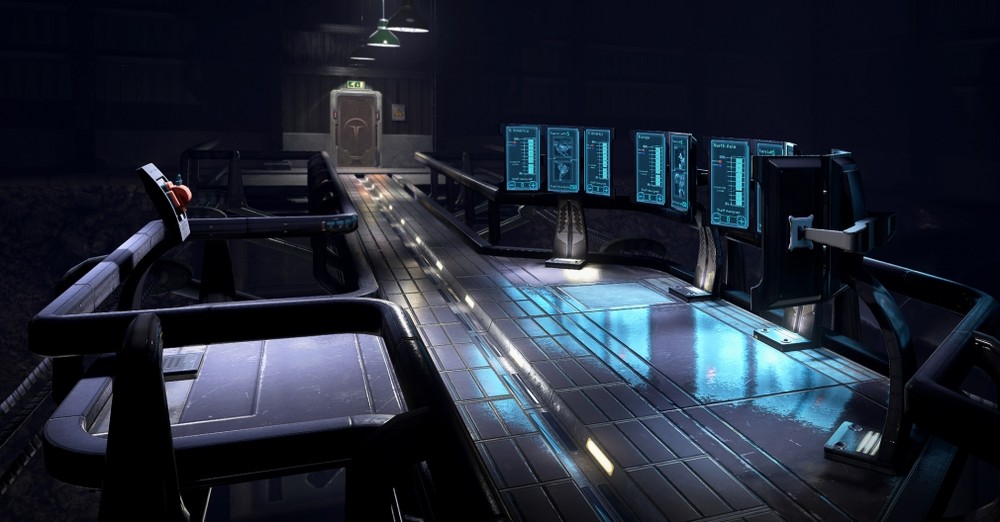 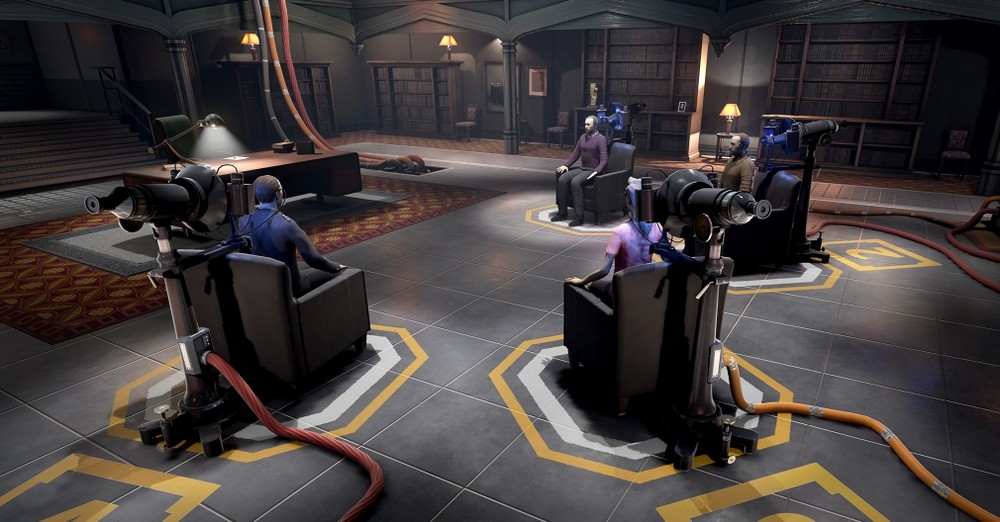 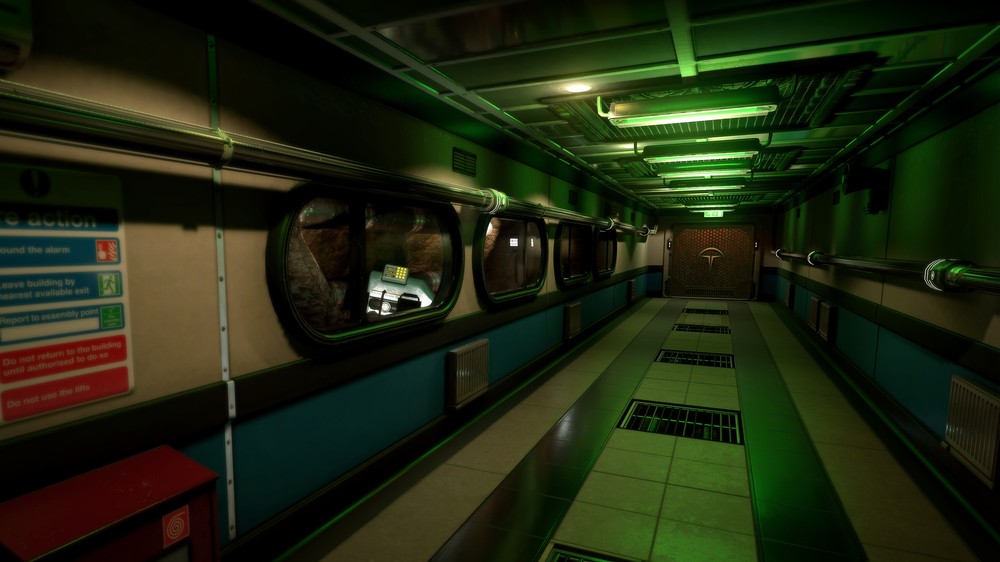 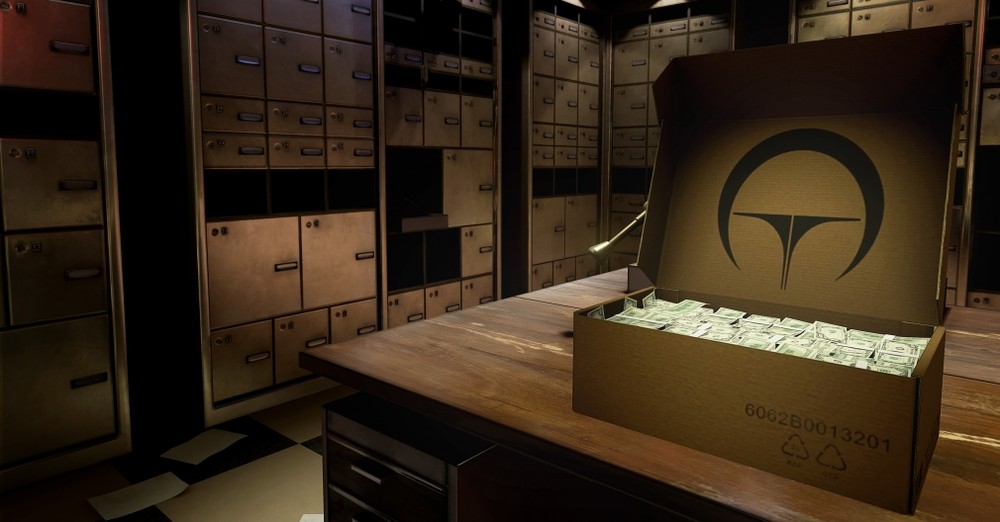 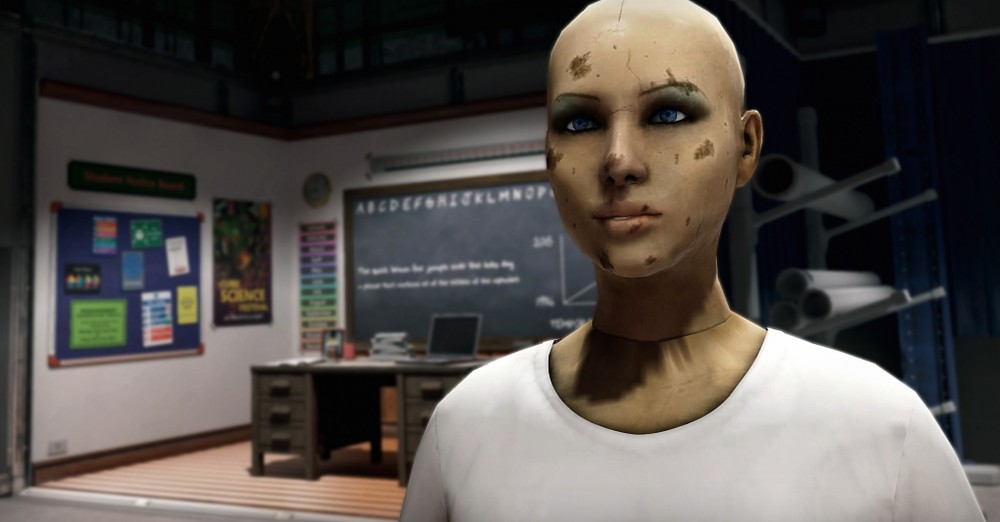