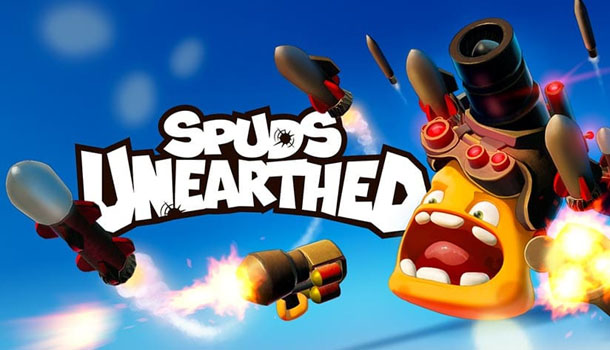 Some cool ideas if you can get past the complexity and continuous grind.

These strange times of pandemic-inspired home quarantine have opened many of our schedules to trying our hand at some really unique gaming concepts – especially in the realm of VR gaming.  And when it comes to strange VR games, Spuds Unearthed takes the cake as one of the strangest, and most complex, takes on the Real Time Strategy (RTS) style of gameplay that I have ever played.

Let me start off by admitting – I still don’t really know the reasoning behind, the purpose of, or the ultimate goal of the battle taking place in Spuds Unearthed.  Coming from the Polish development studio Gamedust, Spuds fails to provide either a cohesive backstory or any actual gameplay instructions.  The developers throw out a few cryptic slides, and it’s off to the virtual reality home base to let the gamer fumble his or her way through the inexplicably ambiguous process off fabricating turrets, vehicles, and weapons to aid in the interplanetary potato war. 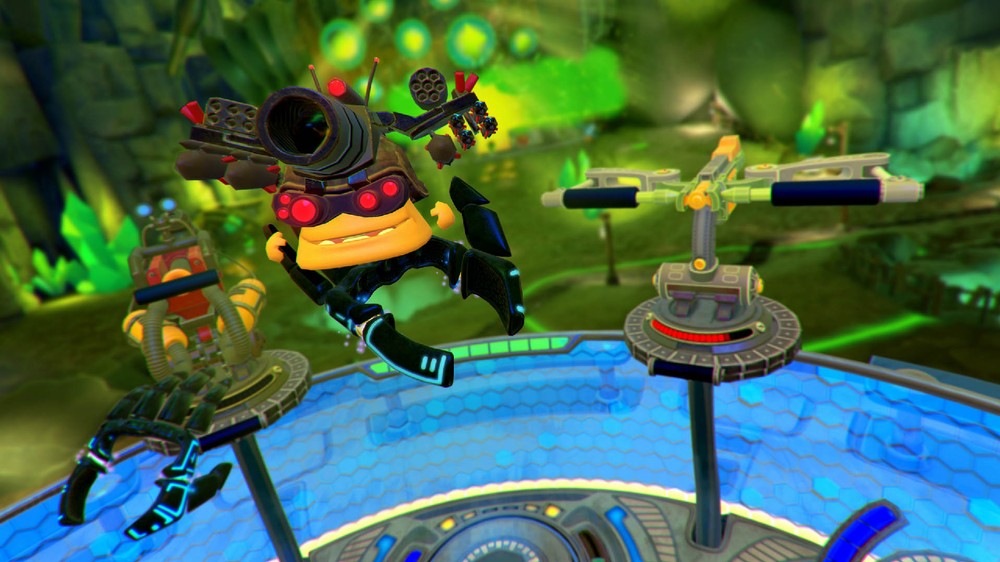 Everything seems well-polished in terms of both visual presentation and VR integration, but the overwhelmingly vague nature of the gaming itself detracts from what could otherwise be a very fun experience.  In fact, I eventually had to reference user videos and reviews posted online to have even a semblance of understanding as to exactly what was expected in Spuds Unearthed.  Once I did so, my initial frustrations subsided, and I could get to what really mattered – Spuds Unearthed’s solid Tower Defense style RTS gameplay.

Spuds Unearthed places the gamer behind a control panel from which he/she is tasked with constructing a loadout for each ensuing battle consisting of two turret-based weapons, and three uniquely specialized “Hero Spuds” including airplane pilots, tank drivers, grenadiers, and so forth.  These weapons and heroes are all upgradeable over time using tokens that are earned during battle and fed into a machine.

The process of developing a loadout is quite nebulous to new gamers and is easily the most frustrating part of the game as a whole – pull this handle, push that button, place spud there, insert token – especially when, as mentioned, the game gives little or no instruction or guidance.  It’s as if the folks at Gamedust forgot that the gamers were actually sitting in on the development meetings.  But, with a little online community help (thank you gamers!), the process eventually becomes a bit more logical and intuitive, and the true ingenuity of the game starts to really show itself. 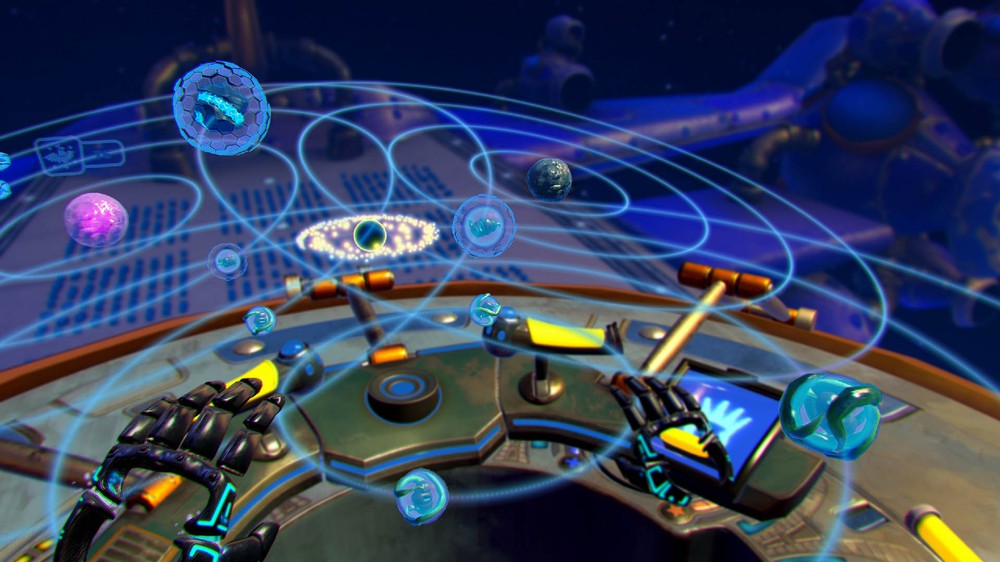 Spuds Unleashed then has the gamer select a battle by grabbing the planet from a map and placing it on the navigation pod, after which a Star Wars inspired warp scene puts the gamer’s on the battlefield.  The gamer sits in a control position atop the tower base looking out upon three advancing lanes of enemies that includes ground troops, vehicles, and airplanes.  The gamer’s base automatically sends out waves of underlings to slow down the enemy ground troops and defeat the enemy towers.  It is then up to the gamer to toss out hero spuds to assist in the battle, and more importantly to physically man the two selected weapons to eliminate threats from afar.

Tower Defense games are frantic by nature, but Spuds Unearthed takes the feeling of panic to a whole new level.  Between physically shooting and two turret guns, loading and sending heroes onto the battle field, all while trying to keep up with three lanes of opponents coming from the land and air – the battles will leave a lot of gamers mentally and physically exhausted.  Sadly, the game only doles out a token or two at the end of the battle, which quickly makes Spuds seem like a bit too much of a grind. 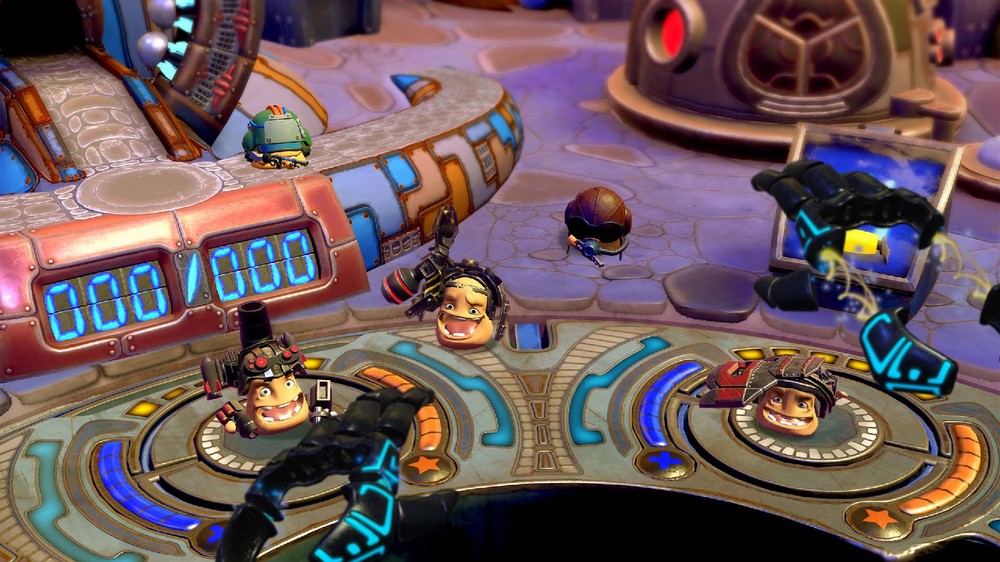 Spuds Unearthed features online play, but not in real-time.  The games incorporates “asynchronous multiplayer” which means that while gamers technically play against each other, they aren’t doing so simultaneously.  I have to admit, it all seems a bit suspect, especially when planets seem to be blocked from battle for apparently no reason.

I really wanted to like Spuds Unearthed more than I do.  The game has some really cool ideas, but it seems a bit too complex for anyone just stepping up to the plate, especially considering the lackluster payoff for the continuous grind.  Spuds is a great game to show someone what VR can do, but at this time it is a little out of reach of the common gamer. 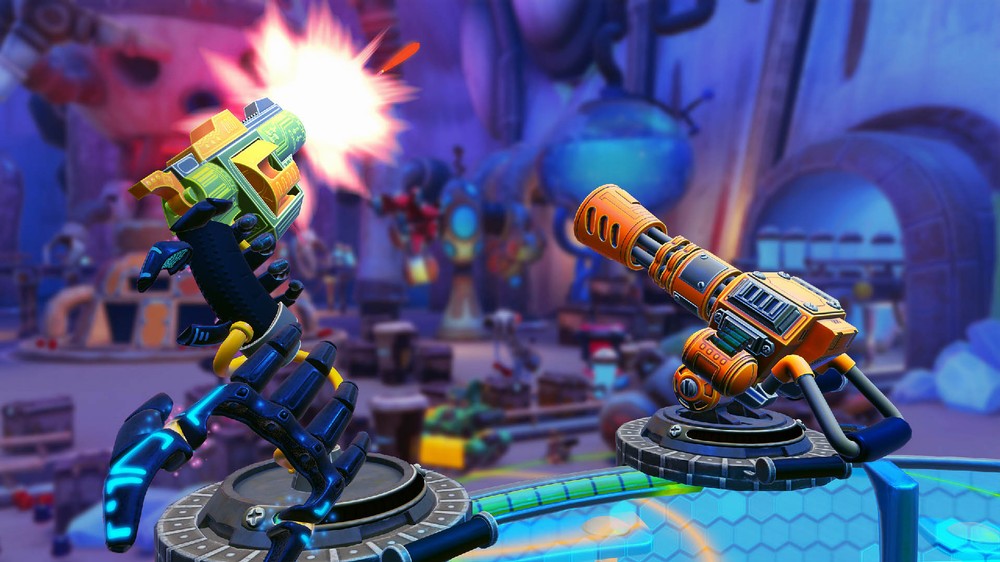 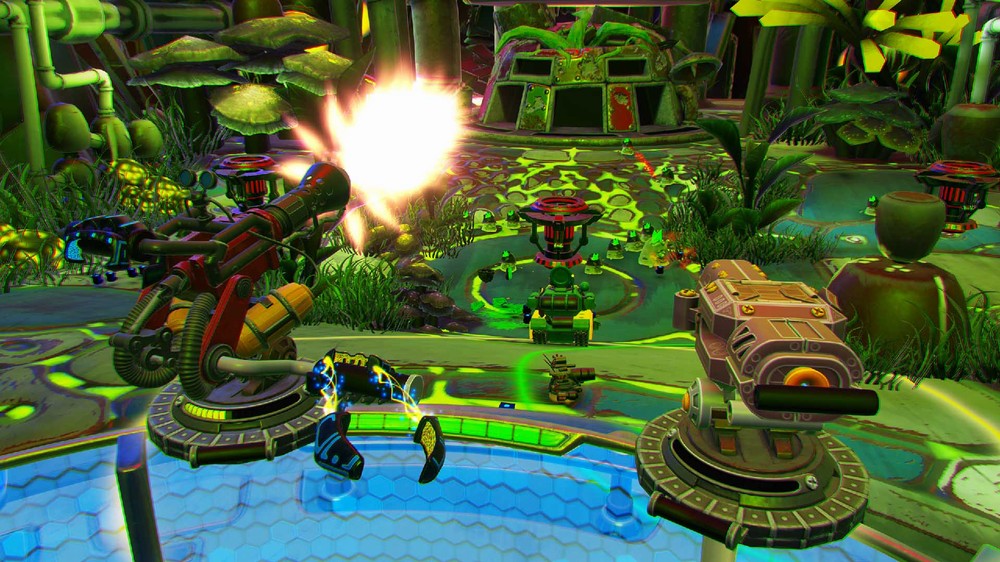 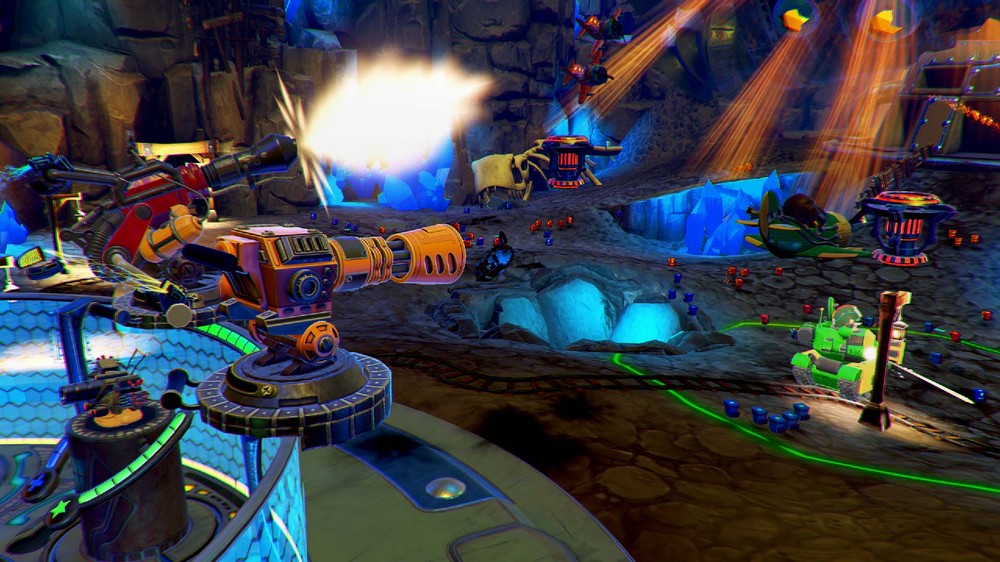 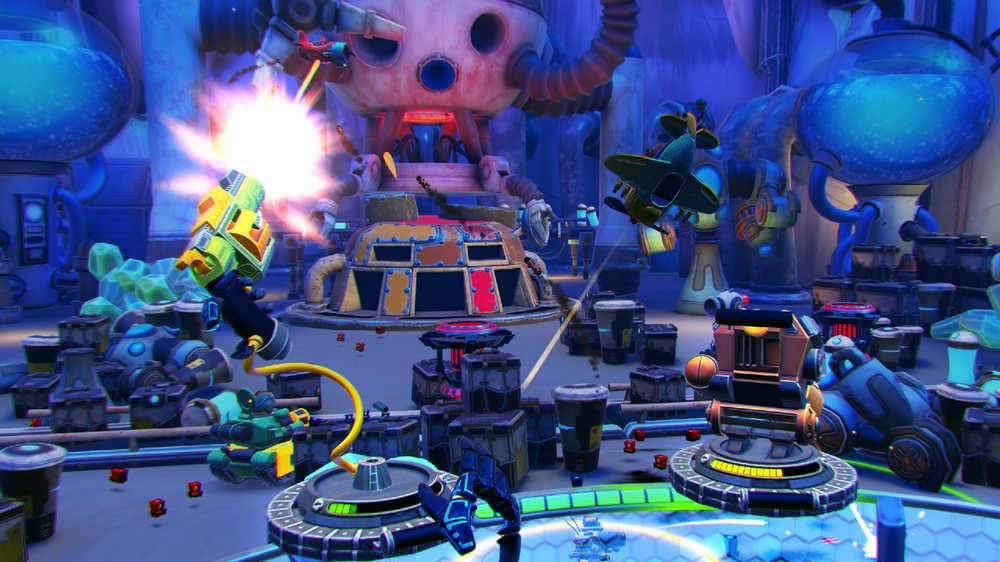