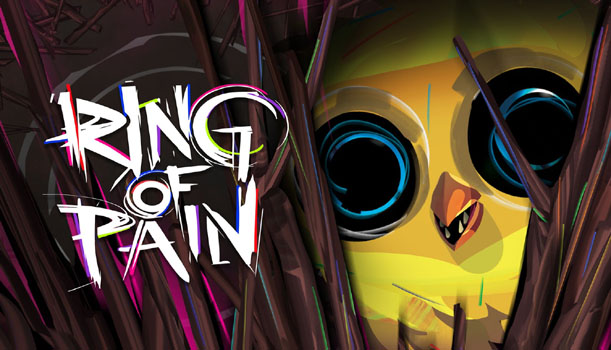 - Visuals are a little basic
- Attempted story is flat

A great dungeon crawler and card-based experience that presents something a little different.

Ring of Pain is a fairly macabre title for a game that actually has a reasonably charming appearance. There’s definitely a case for the name to refer to the difficulty of the experience, but there’s never a maliciousness to what you’re put through, as all potential consequences of your actions are clearly laid out in front of you. Developed by Simon Boxer and Twice Different, Ring of Pain is a roguelike card-based dungeon-crawler and is difficult to put down.

Though each game starts on a smaller scale, Ring of Pain gets its name from the fact that each level of the dungeon present you with a circle (or ring) of cards that you need to work your way through to reach the exit to the next level. Cards vary between enemies, equipment, potions and status modifiers and it’s up to you to devise the best route through each encounter. Most enemies won’t attack unprovoked, meaning that you have almost full control over your journey, and there is an option to attempt to sneak past enemies if you’re feeling especially stealthy. You’ll also always have two cards in front of you at any point, which means that you usually have a choice between which route you’d prefer to take, even if it does feel like a choice between the lesser of two evils at certain points. 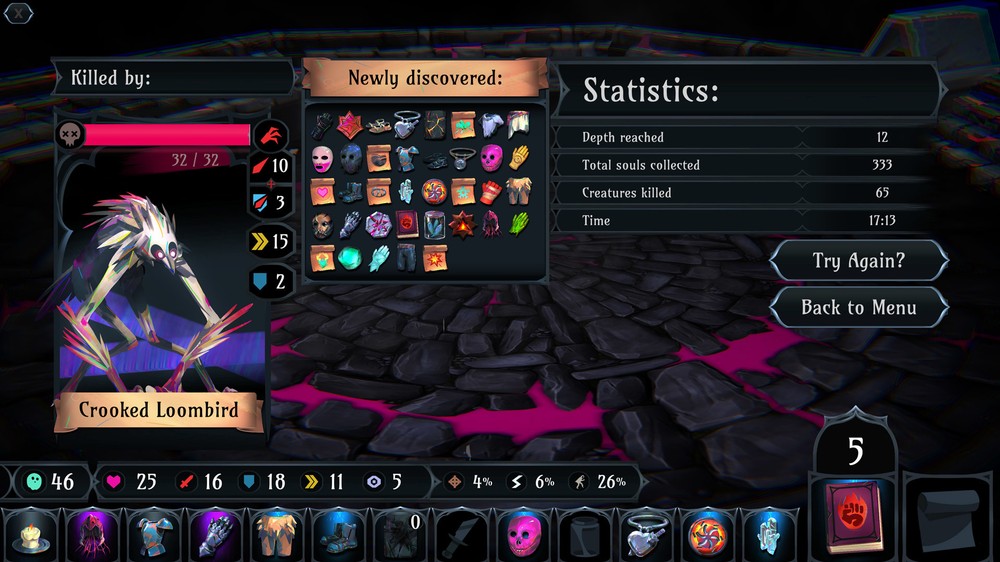 For a game that is based fully around cards, Ring of Pain does a surprisingly good job of creating a sense of exploration, small victories and narrow escapes. There were a number of times where I managed to get to a treasure chest that contained just the right piece of equipment for my loadout, or when I was able to sneak past a few enemies to get to the single potion on a level that would restore my minimal health. There’s a good variety of enemies, card types and room themes, and this creates the sensation that you’re often seeing something new and venturing into the unknown. Because of the roguelike nature of the game’s setup, you’re also frequently entering familiar scenarios with new equipment loadouts or different spells to hand, causing otherwise simple combat encounters to take on a new twist.

There are 180 cards to collect in Ring of Pain, though you won’t see all of these from the beginning of the game. To start, your deck consists of approximately half of the total cards, with a variety scattered through the dungeon and available to be collected depending on the progress of your run. The more you play Ring of Pain though, the larger your deck will get as you unlock achievements and milestones with your progress. A lot of these objectives are relatively simple to gain, such as defeating a set number of enemies or dying a certain number of times, but some of them require a more creative approach, such as reaching level six of the dungeon without fighting any enemies. The rewards are worth it though, as meeting these objectives can add some powerful cards to your deck and opens them up to being found in one of your runs. 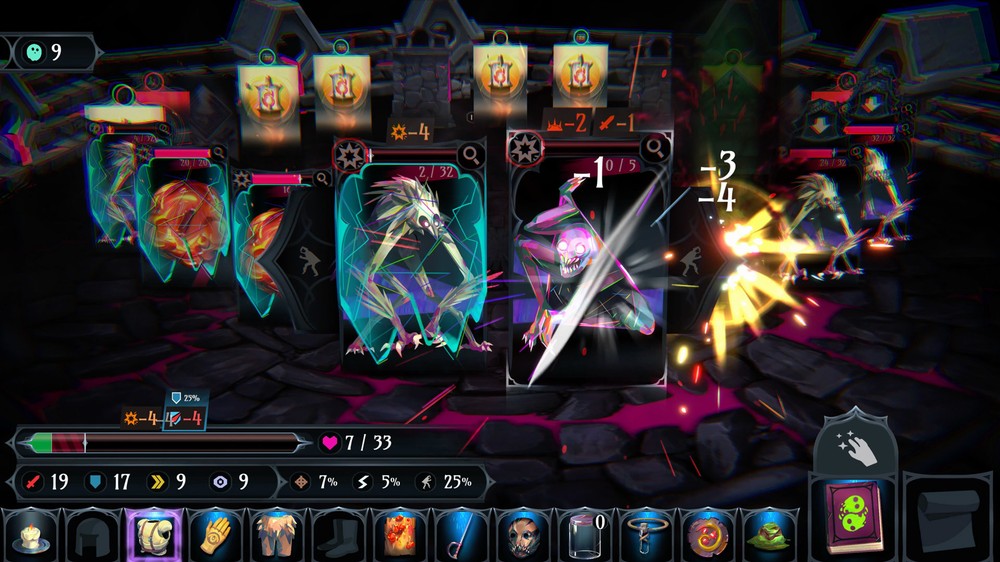 When you start a run your character begins with the base level of stats, separated into attack, speed, defense and clarity. As you fight enemies and gather equipment you can drastically change your character’s strengths and weaknesses, and this can have a huge impact on how a certain run might need to be approached. For example, some runs I would have an extremely high attack number, but low health and defense, meaning that I needed to make sure that I was attacking first whenever possible. Other times, I would have a high clarity but low attack, which meant that while I could see all of the cards in a level, I needed to use this ability to pick and choose my battles carefully, as there were some enemies that I could barely scratch.

Whatever the scenario you find yourself in, Ring of Pain does a great job of communicating to the player what the consequences of their actions might be. This begins from something as basic as letting you know whether the enemy that you’re attacking will attack before or after you get your swings in, to the percentage chance that a mysterious potion will heal or harm you. It feels like there’s very little going on within Ring of Pain that isn’t communicated to the player, and because of this it rarely feels like the game is being unfair. You can track your bad choices and the actions that led you to a certain point, and this means that you rarely come to the end of a run feeling like your fate was out of your hands. 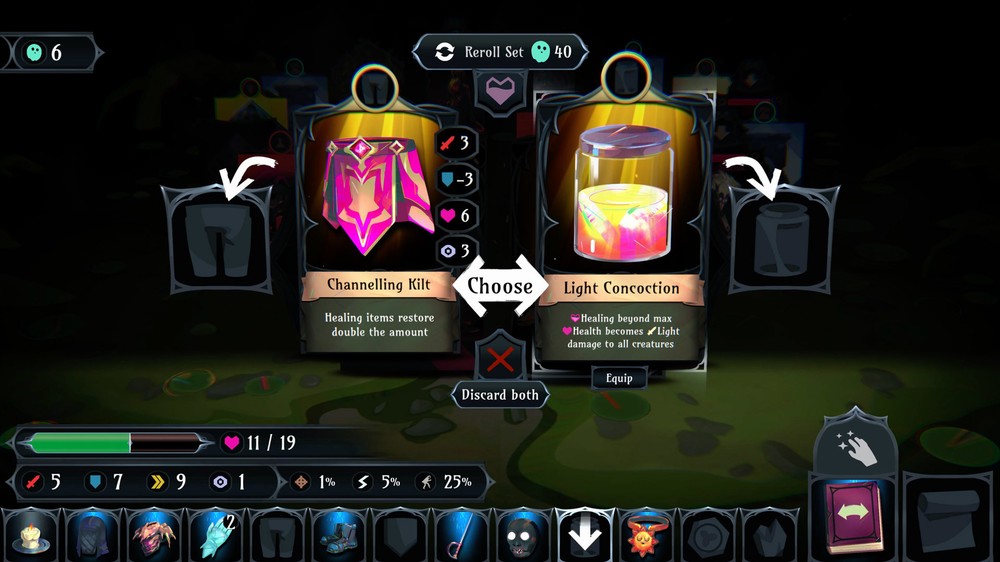 I found that it was far too easy to lose hours to playing Ring of Pain, not just because of the intriguing gameplay but also because of the snappiness of the experience. Most of my runs were over in under five minutes, and though some of my more successful attempts were close to the ten minute mark, I always felt like I could dip in and out of the game, playing a couple of rounds here and there before moving on to something else. There’s also the motivation that you’re often close to unlocking a new card for your deck, or the fact that a particularly kind shuffle could propel you through a number of levels that have previously given you trouble.

I’ll admit that I knew next to nothing about Ring of Pain before I first started playing, but I’m definitely happy that it now has a place in my rotation. This is a great example of a game that works in short bursts of play as well as longer sessions and is definitely worth picking up for players looking for a dungeon crawler or card-based experience that presents something a little different. The level of communication to the player is impressive and creates a sensation of always being in control of your experience, and the variety present in each run, alongside the number of cards to unlock, means that there’s a depth to the experience that might not seem apparent at first. Ring of Pain was a pleasant surprise and a game that I’m definitely going to returning to again and again, even if just for a couple of runs. 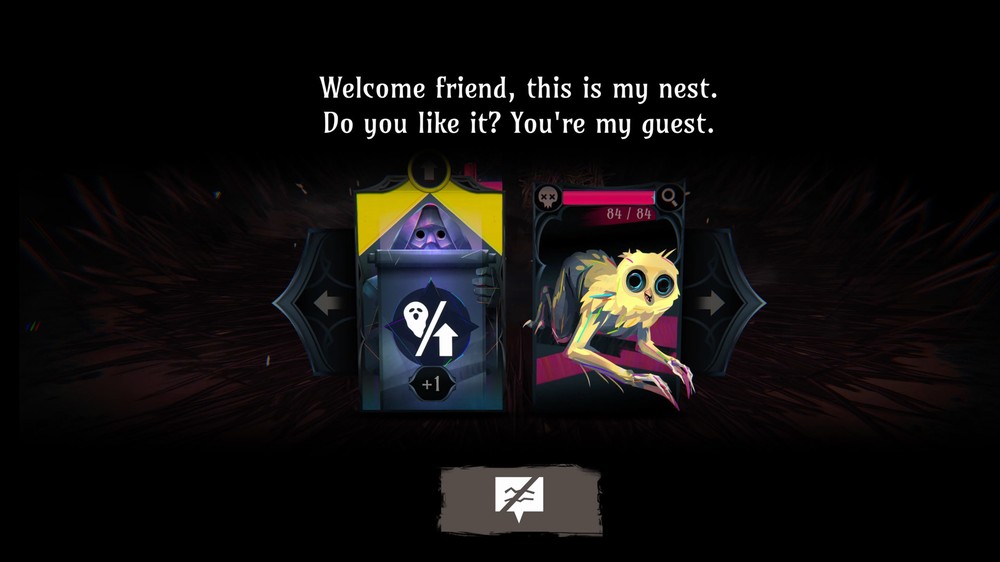 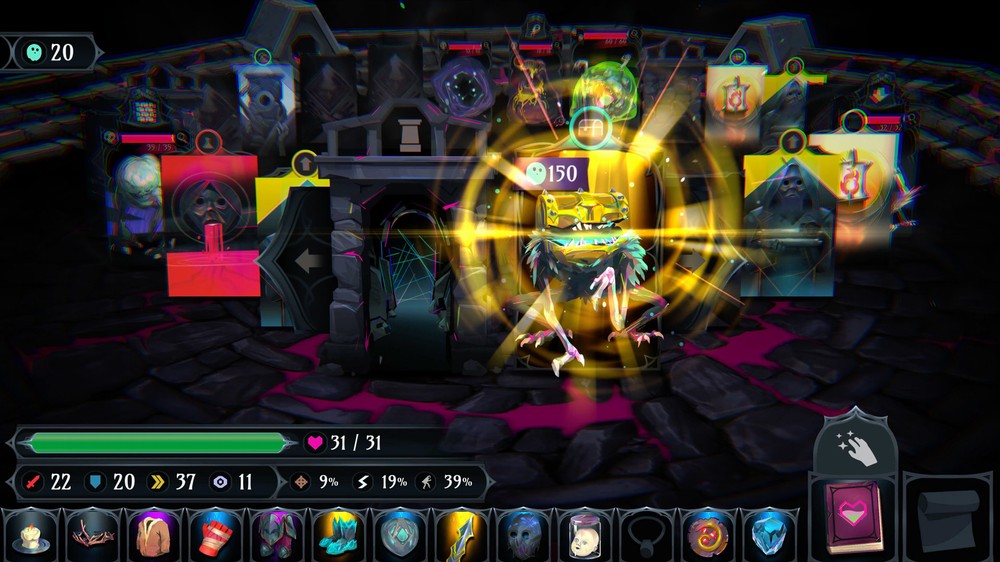 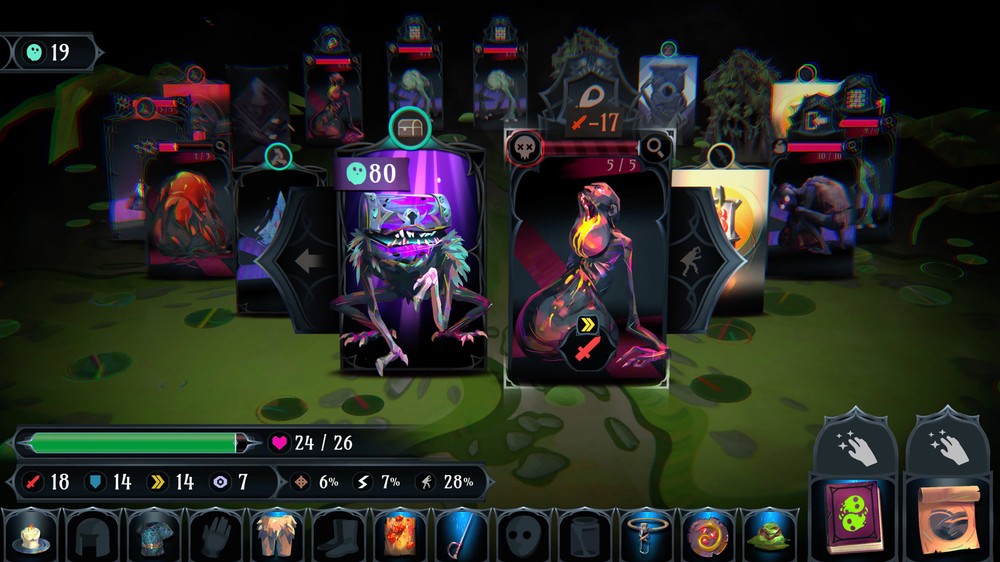 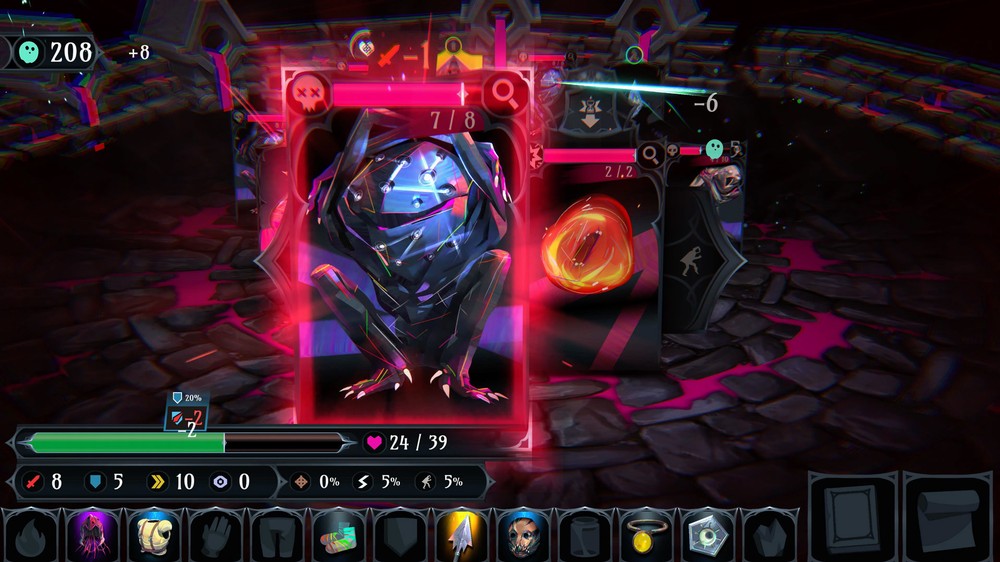