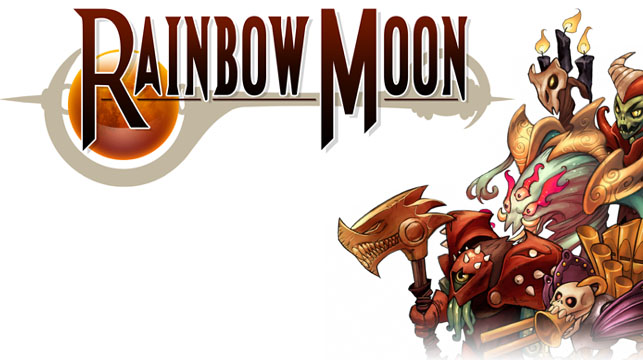 A massive and beautiful classic RPG rebuilt for the big screen.

For those of you looking into Rainbow Moon for the first time the story follows Baldren, a hero that is banished to the world of Rainbow Moon when he is attacked by his arch-rival. Much to the chagrin of the inhabitants of this unknown planet Baldren also accidentally opens a portal to a dimension full of monsters which spill out into the peaceful world and give our hero something to fight as he tries to shut down the monster-spewing gate and find a way back home. Depending on your choice of play style, Rainbow Moon can offer a varying degree of difficulty especially at first.

Starting out players must choose from one of two difficulties (normal or hard) which cannot be changed after you start. One of the things that I really liked is that you next must choose if you want start with a basic set of equipment for your heroes for beginners or get absolutely nothing but a basic toy weapon by choosing the adventuresome setting. Playing your character as adventuresome is definitely a challenge in the beginning, but things get better once you get some decent gear. Like any good strategy role-playing game you won’t be alone throughout your adventure, as you will meet up with 5 other main characters to share in your pain including the valuable archer Trisha or the always ready to fight dual-axe wielding Gorodo. 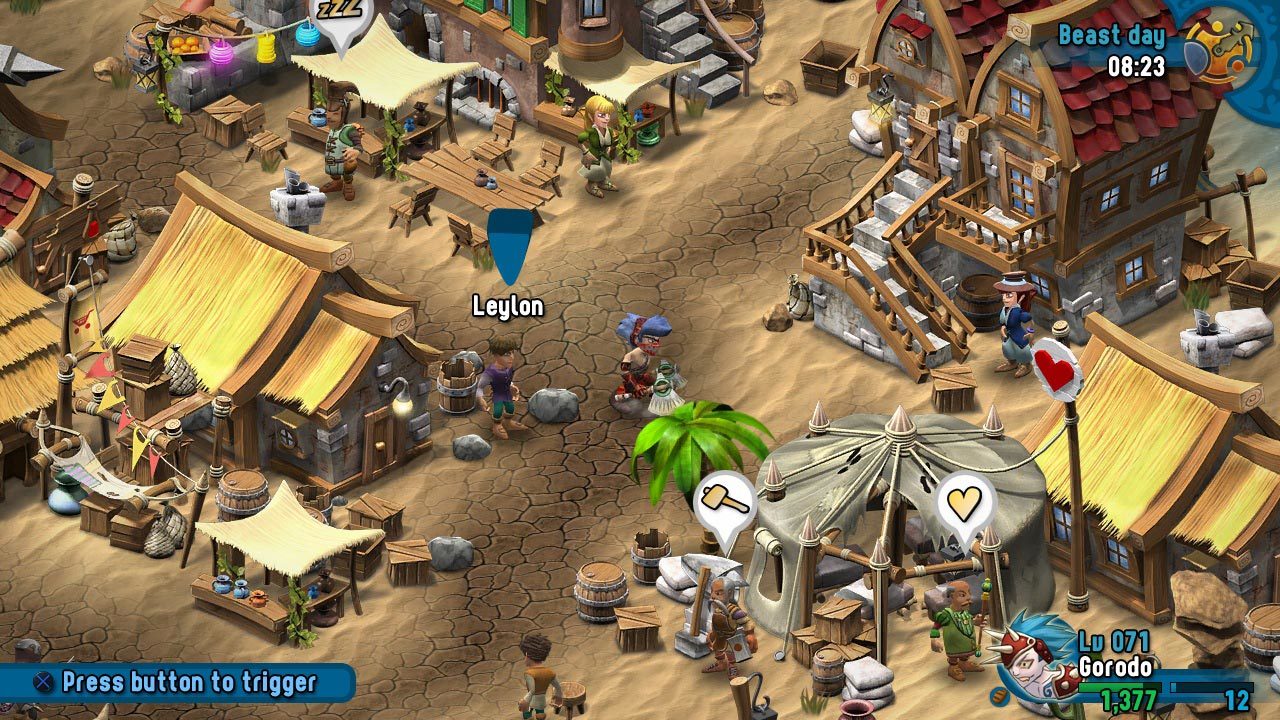 Rainbow Moon takes place on a beautiful created isometric world both in and out of battle. Since combat is where you will spend 80% of your time you’ll need to get acquainted with the fight system which SideQuest helps you with one of the best tutorial systems for an RPG that I’ve seen in some time. New elements are introduced over time though the general basics of turn-based SRPGs are firmly intact here.

Players can move their character(s) around the isometric battle grid, attack, use special skills, defend and if the stakes get too high escape from battle to fight another day if you’re running low on things like restoration items. It takes a little bit to get used to the attack command as you use the D-pad to instantly attack an enemy that is positioned in one of the four cardinal directions around you. When you’re walking throughout the game world however you can use either the analog stick or the D-pad which I felt more at home with while playing.

You even get the option to change your gear mid-fight though not until later in the game. Battles will vary greatly when out and about and are more abundant during night time. You are not exactly allowed to freely roam around in the wildernesses as most of the time you are shoehorned down somewhat narrow paths where enemy encounters are impossible to avoid which really stinks when you’re desperately low on health and are out of potions when trying to get back to town or a wandering healer. 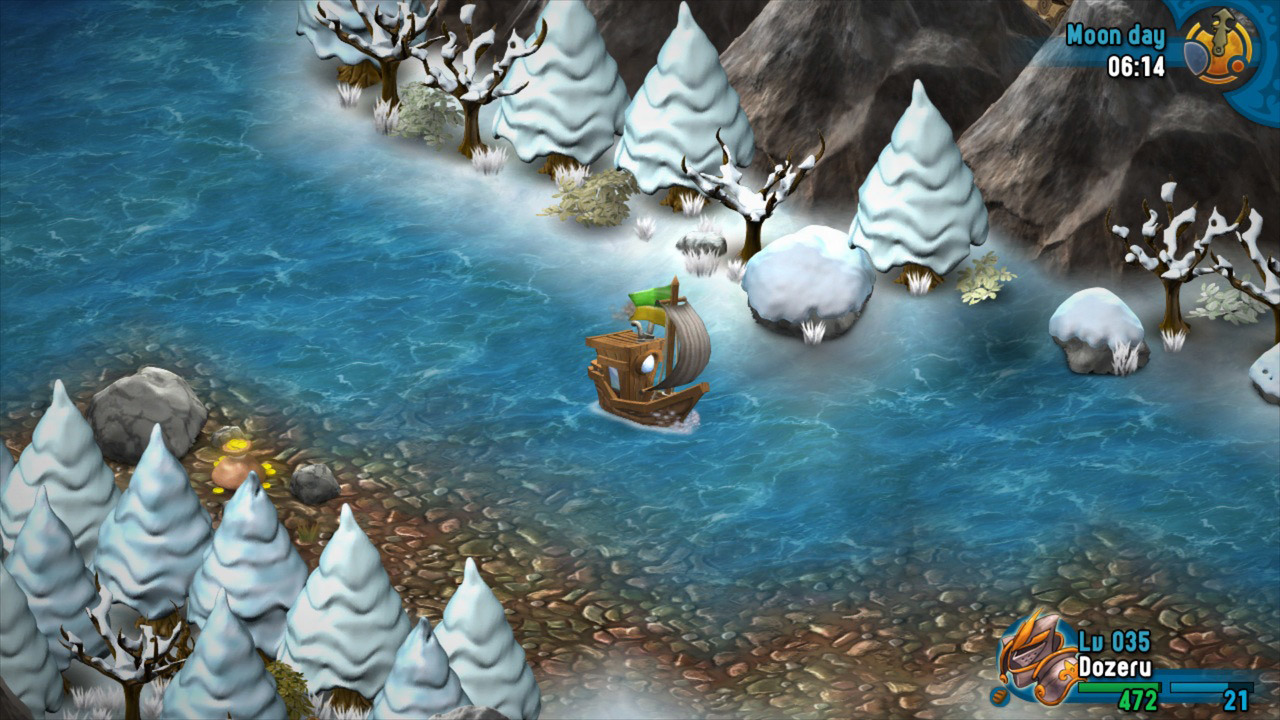 There are some battles that are completely avoidable such as the random encounters that offer you a prompt to enter. You can also completely avoid some enemies in larger areas by avoiding their patrol patterns though this may hinder your ability to beat a tougher group of foes down the road as grinding is something that is a necessity at points in this game especially during the dungeons and later battles where your three-man party is facing 10-1 plus odds in a single battle.

Certain enemies even have the ability to explode or split themselves shortly before death as well as the extremely annoying ability to merge themselves with other enemies literally doubling everything they can do or have such turns and hit points. In the sheer Everest level of opposition that you’ll undoubtedly face, the one feature that makes even defeat a little less painful(if only slightly) is the ability to save anywhere in the world including dungeons.

Battles not ending in death for your party award you with XP and often drops to aid your party. Gaining enough XP earns you levels and an increase in stats namely HP and MP though other attributes must be raised by the use of Rainbow Pearls which are gained only by the personal defeat of enemies. Players should focus their pearls into strength and speed first to aid in making fights a little easier as I found out. Players can opt to gain a bit of an advantage through monetary means via the PlayStation Store where you can buy Rainbow Coins and Pearls (the latter being character specific) that once purchased will work across the PS4, PS Vita and PS3 versions. 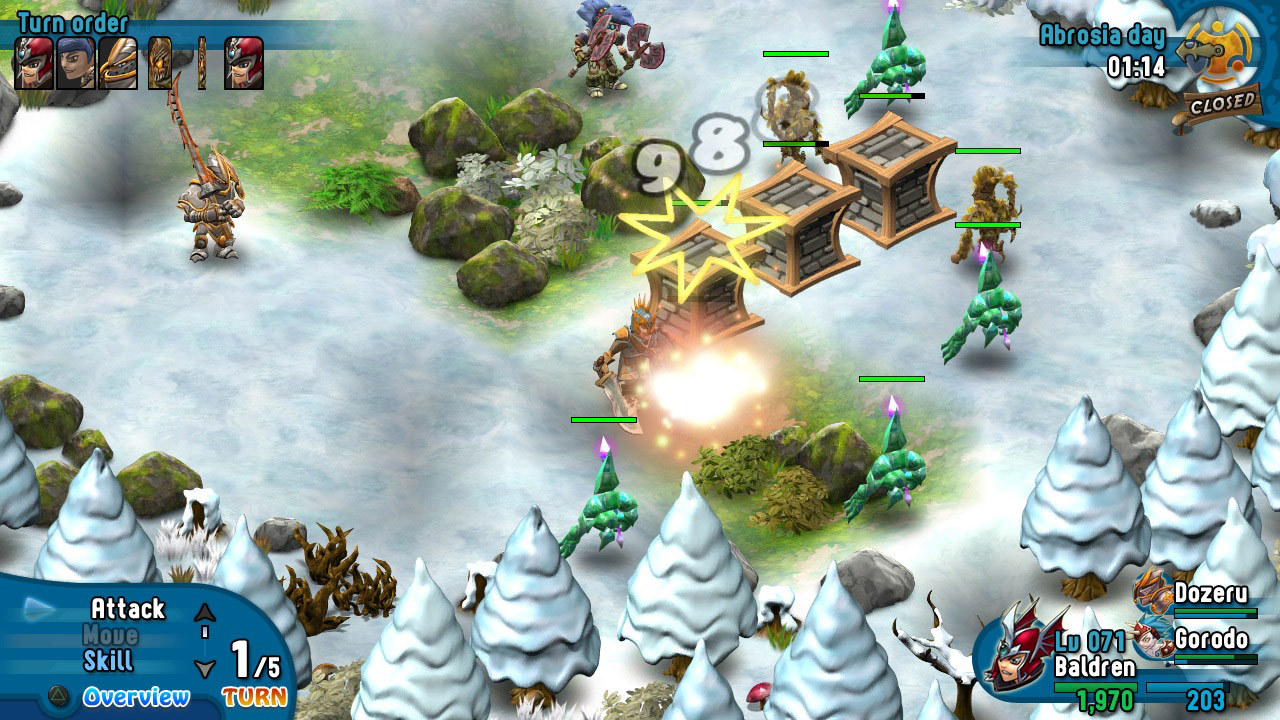 Like several RPGs that come to mind each of the main characters specializes in one particular weapon like Dozeru’s penchant for lances or Balden’s love of the sword though they can use other weapons. There is also an in-depth system in place in Rainbow Moon that affects weapons and magic effectiveness against other enemies and their weapons respectively. For instance a physical attack heavy character like Dozeru will do some serious damage to magically aligned enemies though not so much damage to attackers of similar attack style. Weapons also have weaker or stronger counterparts and you always going to find someone with a weapon type stronger or weaker than your own as you traverse sea and mine to find the means to get back home.

They always say that the journey is always better than the destination and Rainbow Moon definitely lives up to its name in the graphics department as your journey throughout its lands. The once peaceful lands of Rainbow Moon feature beautifully detailed locations and animations shown in 3/4 perspective. The PS4 version really brings out the colorful nature of the world like the gentle waves of the water and the flickering lights of a campfire in greater detail thanks to a larger screen though it brings to notice the less than clean lines on the character models and structures. The game also features a day/night cycle that makes it harder to see enemies and paths. The dungeons are always dark though you can always use a torch to light your way both outside and indoors which gives off a glowing aura of light for a short time. Rainbow Moon also features a nice map screen that draws in new locations as you visit them and this also applies to dungeons as well. A good RPG should also have a great score and audio. 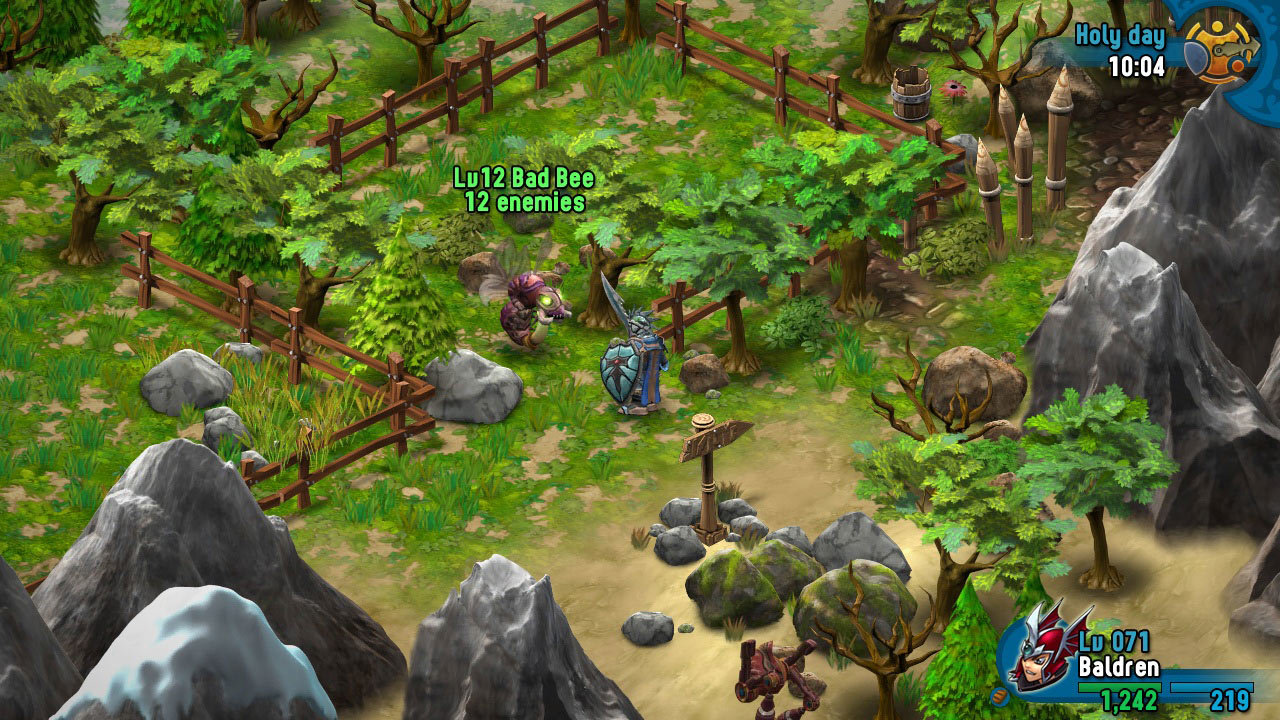 While Rainbow Moon has next to no voice acting outside of a little narration in the opening moments it does have a rather nice score featuring over 30 musical pieces as well as sound effects. The lack of voice work for our heroes also triggers another issue that I have with the game. The story is mainly not there outside of trying to find a way home and fixing the hell you created for the lands inhabitants.

Character introductions for the 5 other main characters are done through text and suffer from a lack of characterization outside of “well she’s good with a bow” and so forth. It still would have been to see some sort of interaction or shred of emotion to show that these characters aren’t nothing more than specialized fighters. The did update the dialog some this time around often allowing for multiple things being said at once but the game still feels flat in the humanity department.

Much like the Vita version before it, the PS4 release of Rainbow Moon features plenty of things to do and monsters to fight. There is easily 100+ hours of gameplay to be had here. There’s even a trophy for playing that long which I’m sure can be easily obtained thanks to the 50+ hour campaign and tough battles. There are a ton of side quests as well as the main quest and areas that can only accessed later with the proper items. One of the nice features of Rainbow Moon for the Vita is that it Cross-Save compatible so you can always continue your campaign while at home or on the go. Current owners of the PS3 or Vita version of Rainbow Moon can pick up the PS4 version at a reduced cost for a limited time. If this is your first look into Rainbow Moon though check out this tough but enjoyable RPG via the PlayStation Store today. 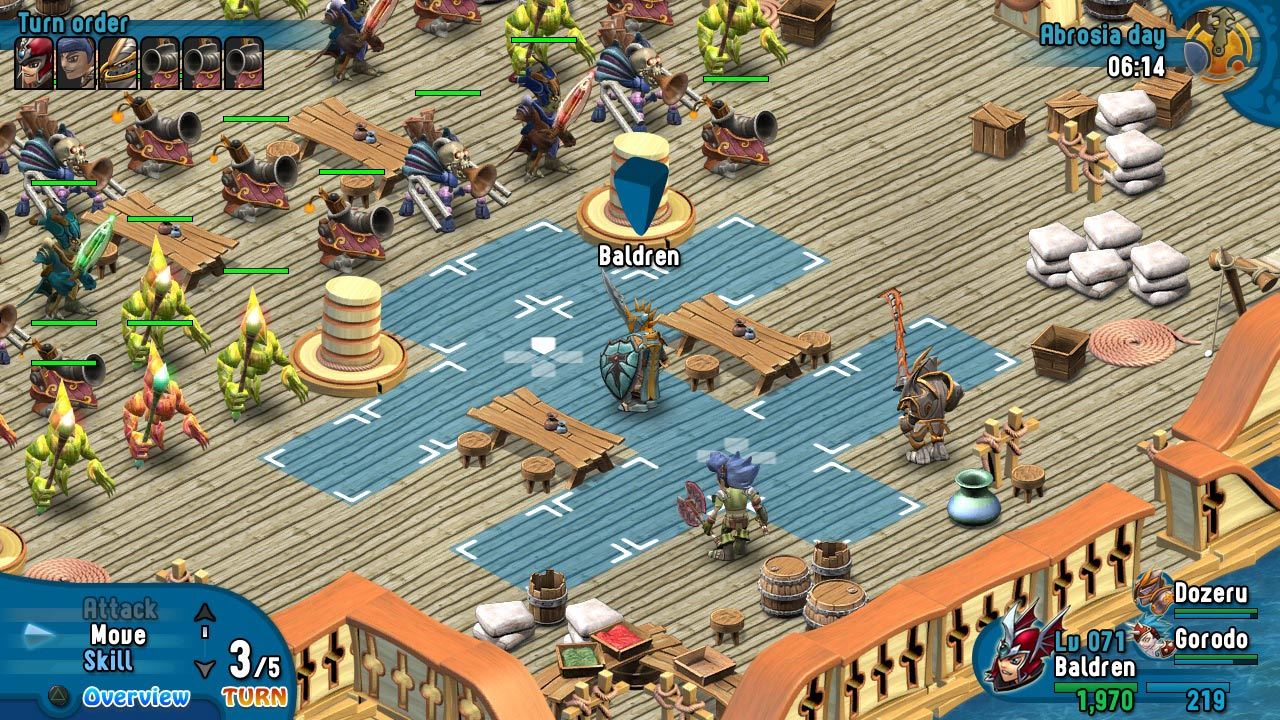 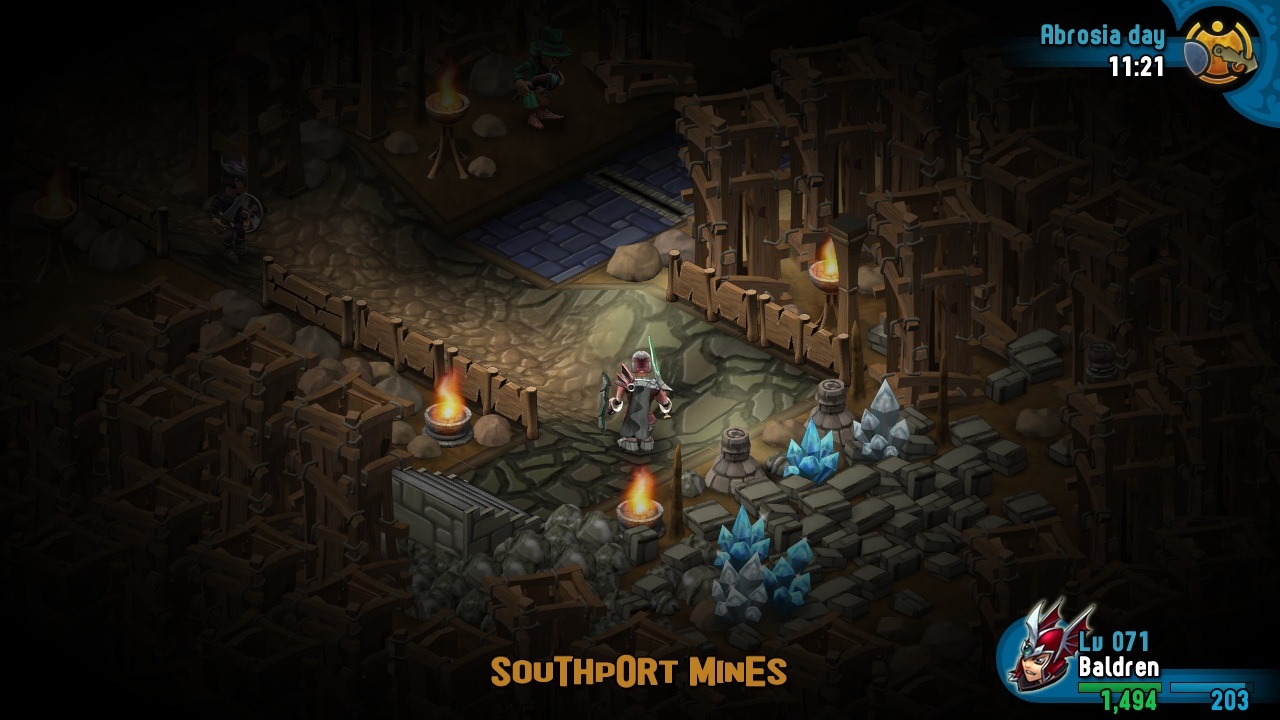 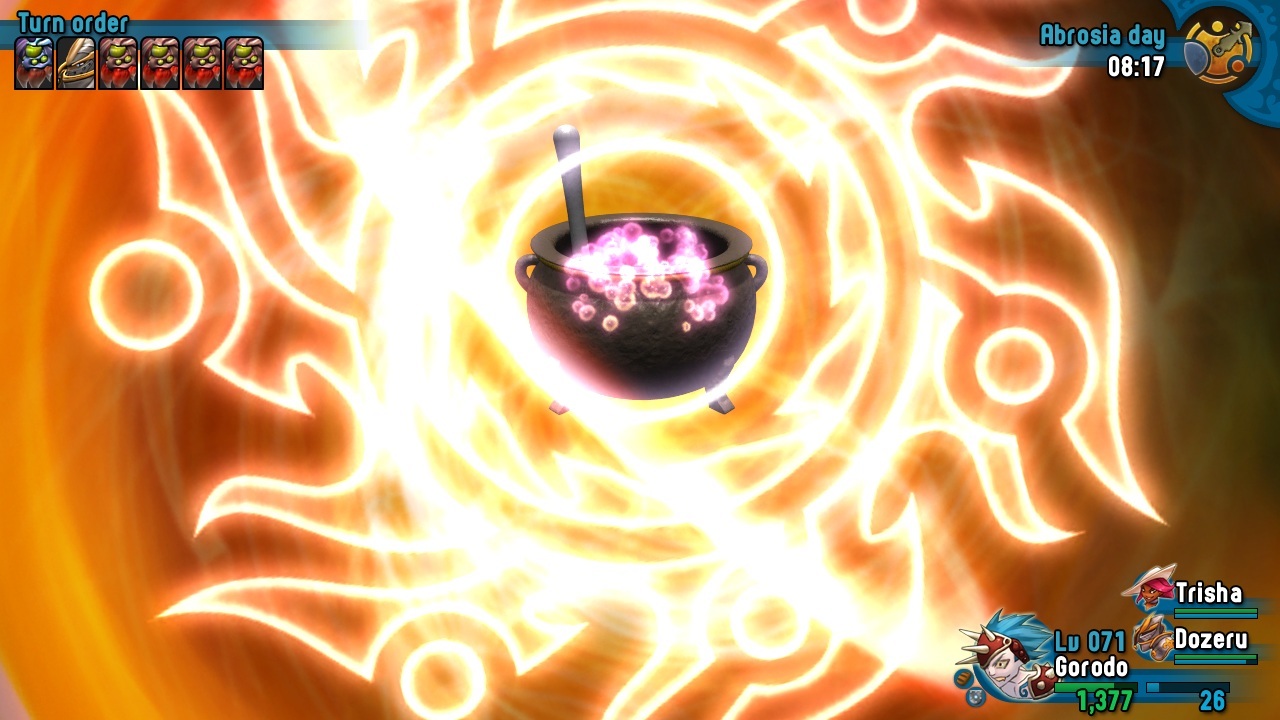 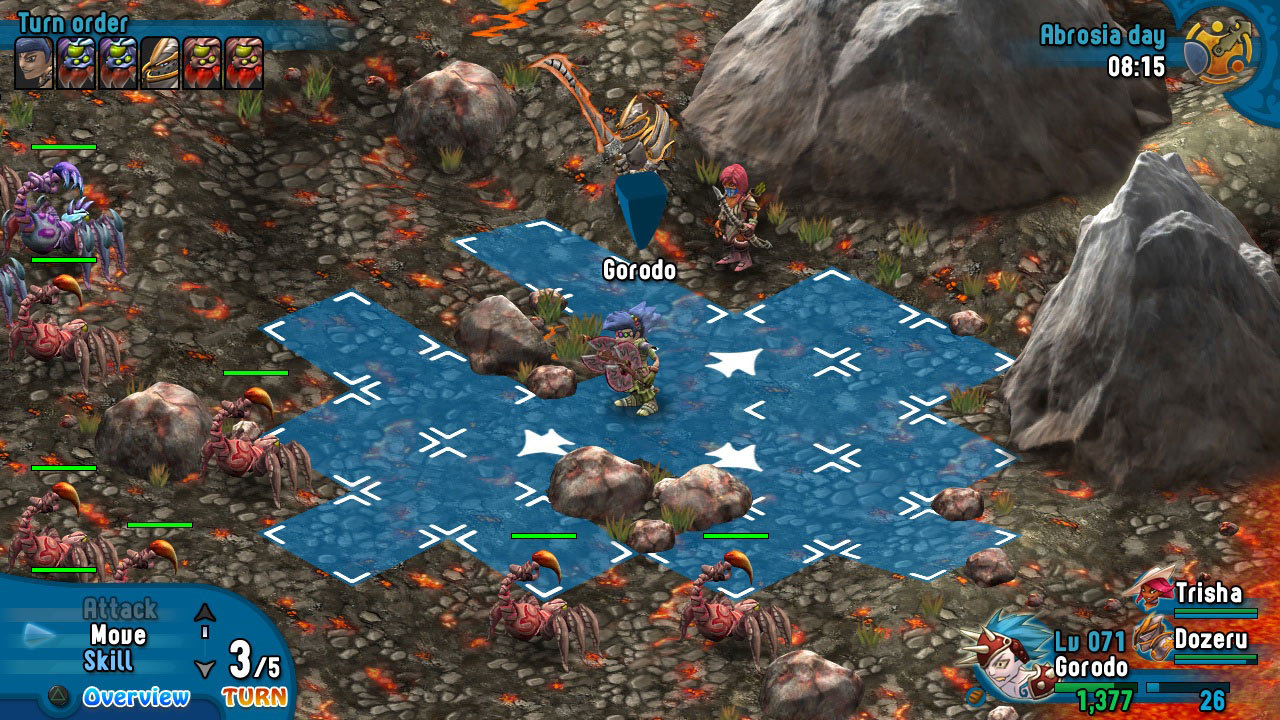 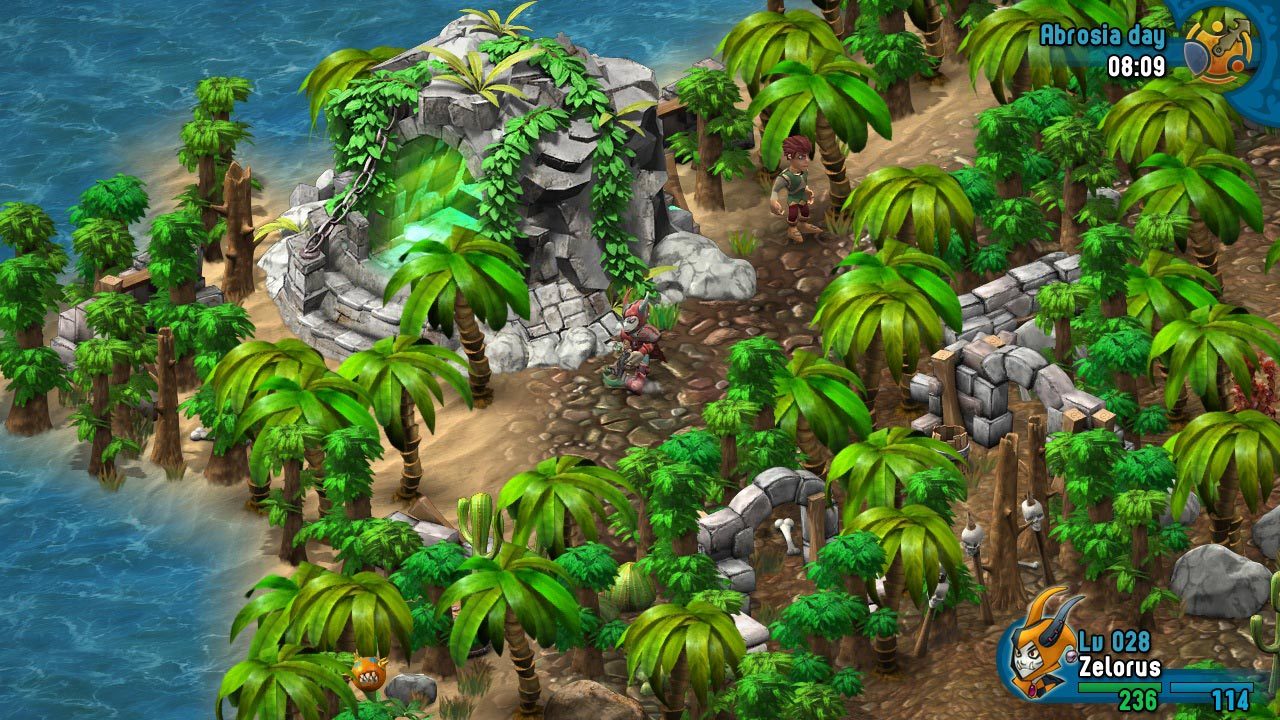 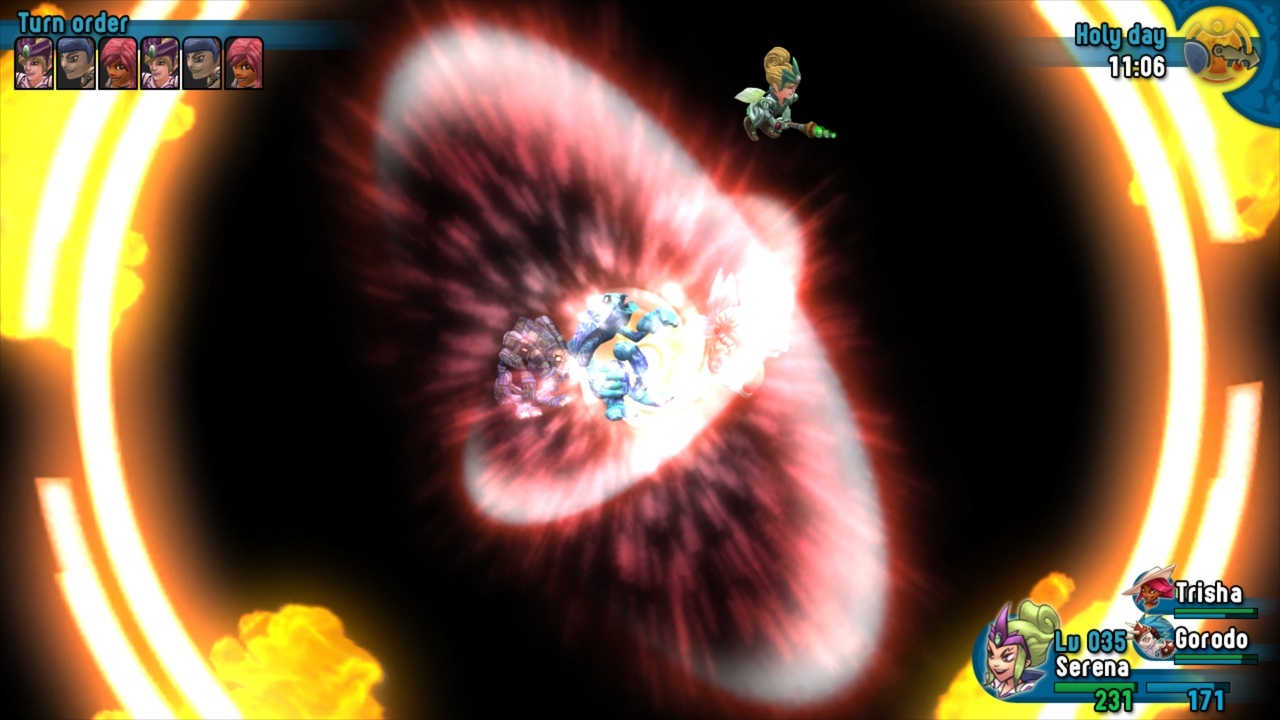