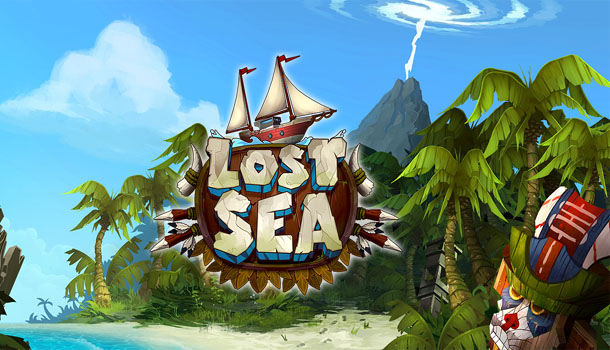 Lost Sea is a game about finding yourself stranded in a mysterious archipelago after having become the most recent in a long and legendary line of victims to the Bermuda Triangle. You start the game with a machete and the goal of finding mystical tablets that will help you traverse the archipelago and eventually (hopefully) escape from your misfortune. Along the way, you will have to search for hidden treasures and fight various creatures and monsters that will do everything in their power to stop you from doing just that.

The game features permadeath, so if you die at any point along the way, you’ll have to start your adventure over again, losing any skills that you may have learned along the way. Each time you begin the game, the islands that are set before you are procedurally generated, so no two playthroughs are exactly the same, though the way the tiles are pieced together, after playing through the game a few times, you begin to feel a bit of the repetitive nature that many procedurally generated games that follow the tiling method fall prey to. The particular combination of the tiles is different each time, but the individual tiles become familiar, so the illusion of infinite possibilities begins to fall apart pretty quickly. 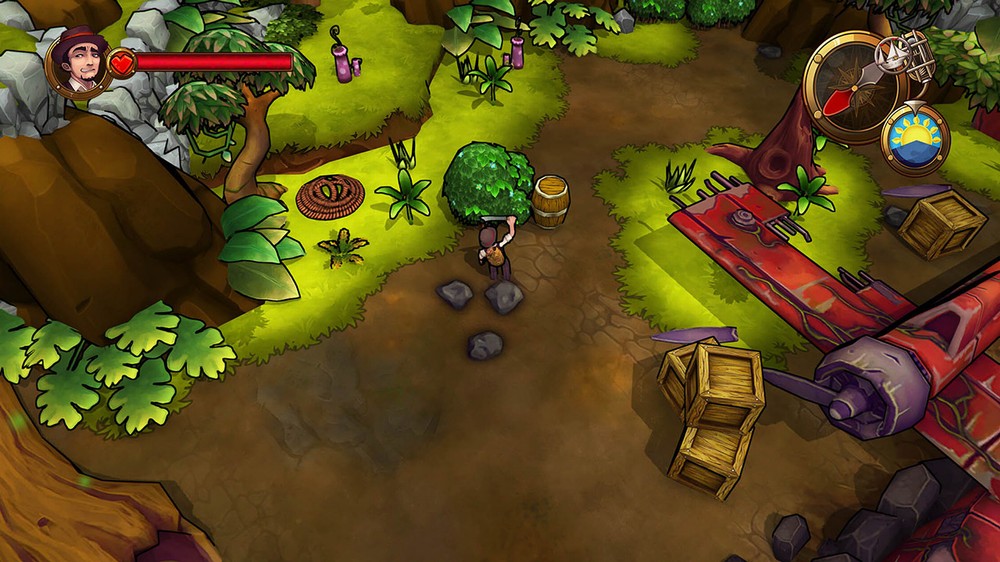 The game is presented in a top down perspective that allows you to rotate the camera in 360 degrees so that you never have to really worry about your vision being obscured or blocked by awkward default camera positioning. The cell-shaded art style lends a kind of cartoonish, comic-book appearance to the game, which, along with the vibrant colors used, gives it the tone of being light hearted and fun. I think this worked well for the game, because it makes swallowing the harsh pill of permadeath a little less wicked once you take that last fatal blow and have to start your run over again.

I found that the core gameplay loop of going to an island, searching for the magical tablets that enable you to continue your journey through the archipelago, and killing anything that gets in your way was a bit simple. But, there are some interesting things that are thrown in with that simple core mechanic, which are mainly discovered through the use of the crew that you can recruit to help you in your journey. Along the way, you will stumble across other castaways that you can recruit to help you. Each of these will have a set of abilities that you can use to gain access to areas of the map that you can’t get to on your own. 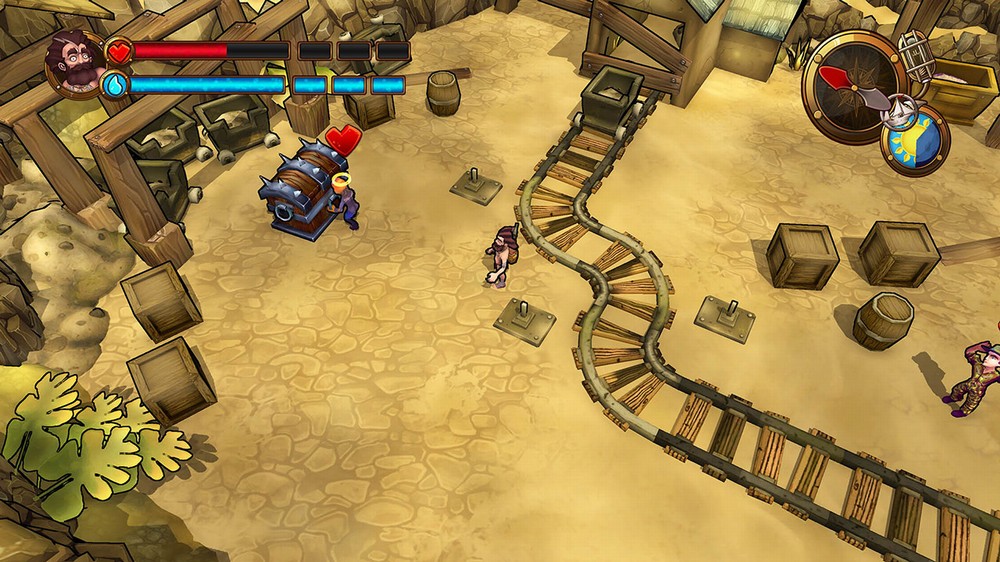 For example, one of the first ones you come across is a guy I referred to as Bob the Builder, because of his construction hat. He has the carpentry ability, which allows him to build bridges across areas that are otherwise unconnected, which allows you to gain access to certain things that you otherwise wouldn’t be able to get to. Be careful, though, because these crew can suffer the same permanent death that you can and once you lose them, they’re gone and you won’t be able to use that particular set of skills any longer to help you.

As you progress in the game, you will be able to use the money and experience that you earn to purchase skills and equipment that will also help you survive a little bit longer and hopefully find your way out of the Bermuda Triangle. There are skills that will add stamina or health, or give you the ability to carry more items that normal. 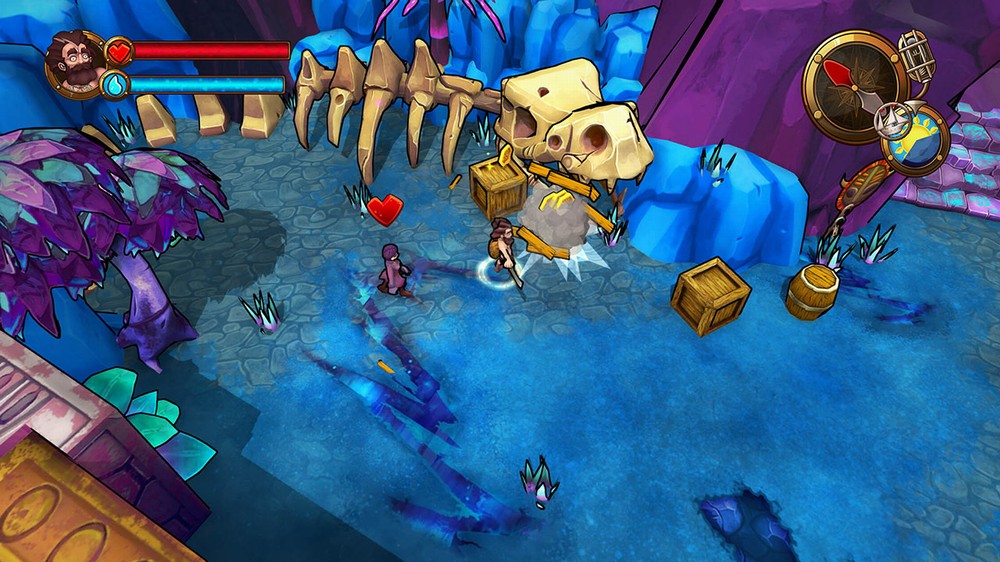 Overall, I found the game to be pretty simplistic in its approach to the permadeath, adventure genre of gaming, but I felt that it suited the mobile nature of the Switch pretty well. I found that it makes for a nice game to just quickly pick up and play through for a little while and death, though permanent, never felt like that huge of a blow. Though I never was able to escape in my time playing so far, I do feel like you could probably get through an entire playthrough of the game in one sitting if you were determined.

So, for someone looking for a lighthearted, but still somewhat hardcore adventure game with permadeath, I would recommend taking a look at Lost Sea for the Nintendo Switch. It is currently $10 on the Nintendo store, so it isn’t a huge hit to the wallet and it can easily keep you interested for several hours while you try your hand at escaping the clutches of the Bermuda Triangle. 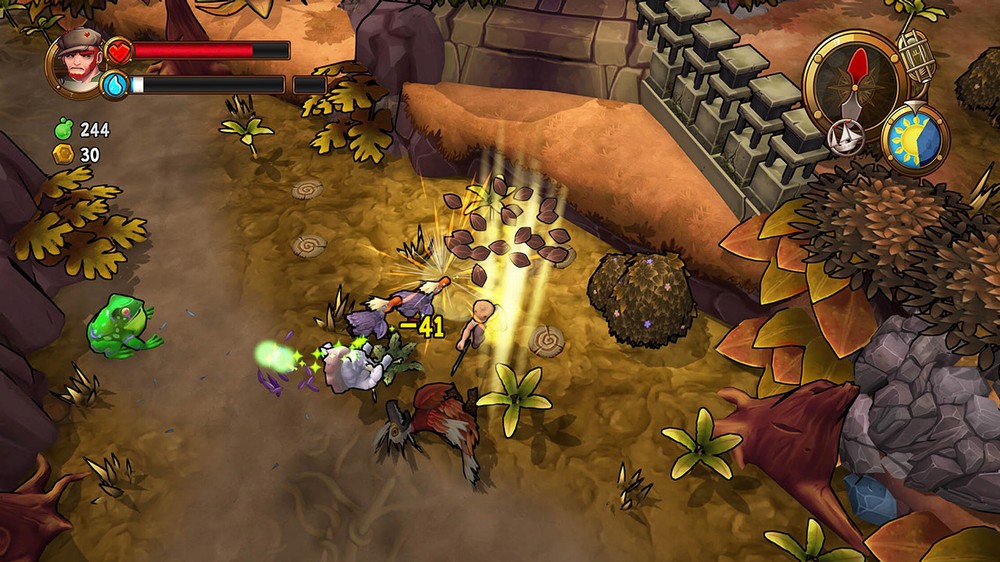