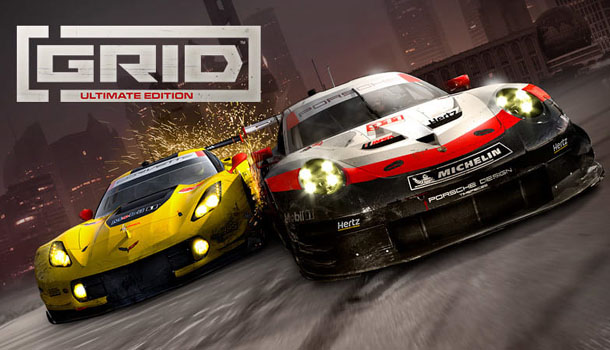 Successfully reboots a classic franchise for a new generation.

When you name your latest racing game with the same title as the 2008 original you are going to invite comparisons to that title, and while GRID (2019) certainly boasts plenty of technical improvements with more than a decade of improved technology behind it, I couldn’t help but feel this newest installment lacked a bit of the heart and soul that had me falling in love with the franchise when it first debuted. Even before the original GRID I was a huge fan of the TOCA franchise, having played all six of the games in that series that started in 1997 and spanned three generations of consoles.

I still remember the first time I played GRID. It had this fantastic career mode that mirrored my fantasies of becoming a professional racecar driver where you started off with no car and no cash and drove for other teams to earn enough cash to buy your first car, at which point you could start racing for yourself. It had a globetrotting event schedule that took you from America to Europe and Asia racing in all sorts of tiered events in various classes of cars. Sound familiar? A lot of that content is still present in GRID (2019) only this time that content is merely dumped at your feet and gated behind a completion grid and a simplified economy of XP and cash. 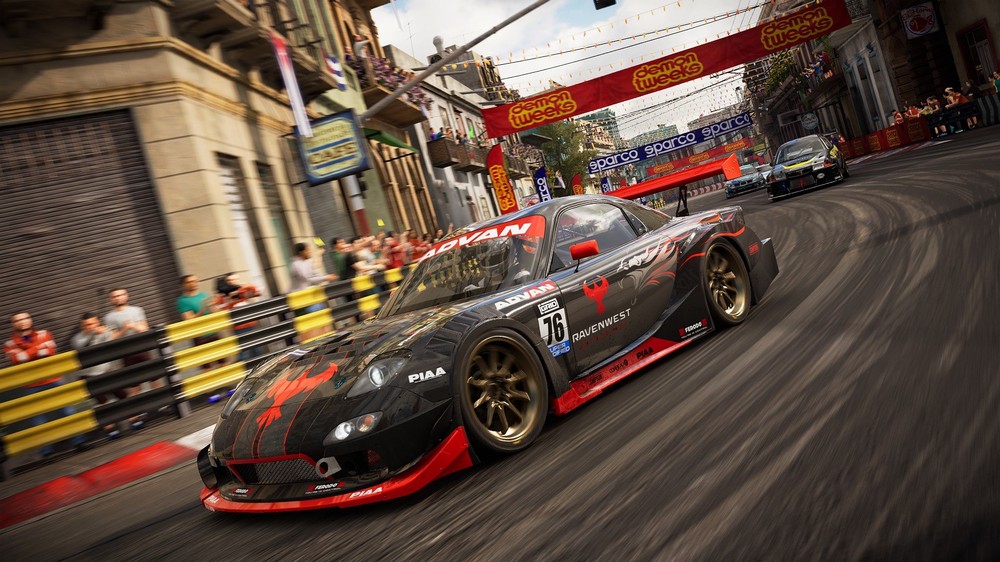 For this review I was playing the PC version of GRID: Ultimate Edition which comes with a lot of bonus content for an extra $20. The GRID Ultimate Season Pass gets you six months of premium content including:

Arguably, a lot of this is superficial fluff and the XP boosters feel like a bit of a cheat for those wanting to rush through the game. I will admit it was nice having a few more car options available for some events without having to spend all my race earnings right up front.   There is a huge focus on your Player Profile with all sorts of banners, panels, and accolades awarded for completing Career and Milestone objectives to personalize your look and racing history. You can edit your driver name, change your car number, and even create a custom team name. 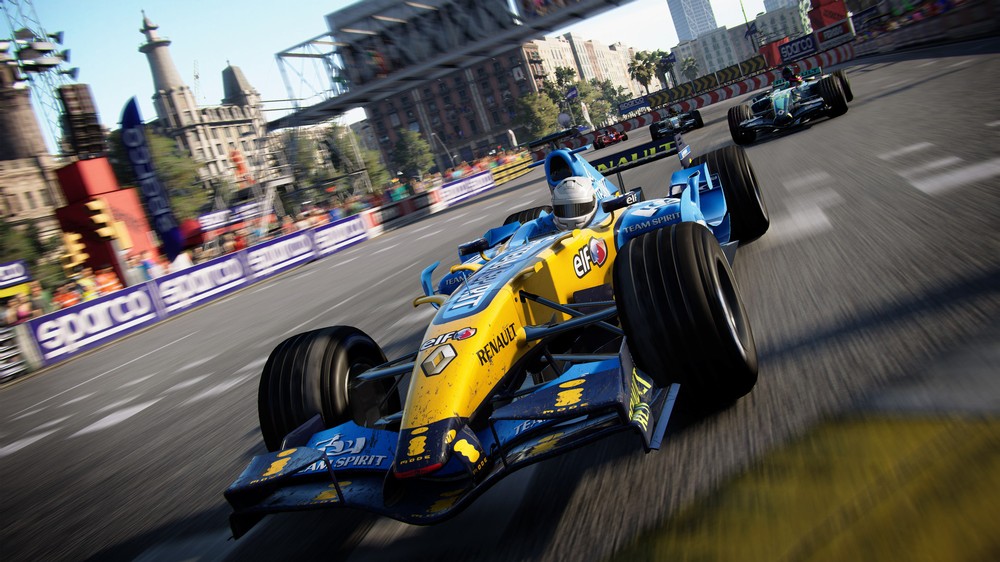 From the main screen you have access to your Career and Multiplayer modes as well as a Free Play mode that lets you setup any race configuration you’d like. The Career mode is where you’ll spend most of your time as you get to work clearing a massive “grid” of race event thumbnails divided across six categories with 13 races in each row culminating in a Showdown event for that class. You’ll need to complete four of the six available Showdowns to participate in the GRID World Series and officially win the game. Each of the events consist of one or two races, usually three laps but sometimes more if the circuit is short, and since you are often starting at the back of the pack it can be challenging to overtake an entire grid in the time allotted, at least without having to resort to some dirty driving.

While dirty driving is a tempting way to win races there can be some karma-like payback if things get overly aggressive. Rub an opponent the wrong way, slam into his rear bumper, or spin someone out and you’ll likely activate the Nemesis system that will have them looking for revenge. Nothing is more stressful than leading the final lap of a race with one or more Nemesis drivers behind you just waiting for them to strike. Thankfully, you also have a teammate that you can radio for support if they happen to be in a useful position to defend.

GRID offers a nicely balanced mix of realism and arcade racing that can be adjusted to suit your own style of racing and desired expectations. Turn off damage and turn on the assists and grab a controller for some casual fun, or crank the realism and the difficulty to the max and hook-up your favorite wheel/pedal combo and get down to business. GRID works for all types of gamers, perfect for rookie drivers with scalable options to improve the experience alongside your own developing skills. Things like color-coded race lines and race rewinds are pretty much a staple of any modern racing game, and they are all available in GRID. 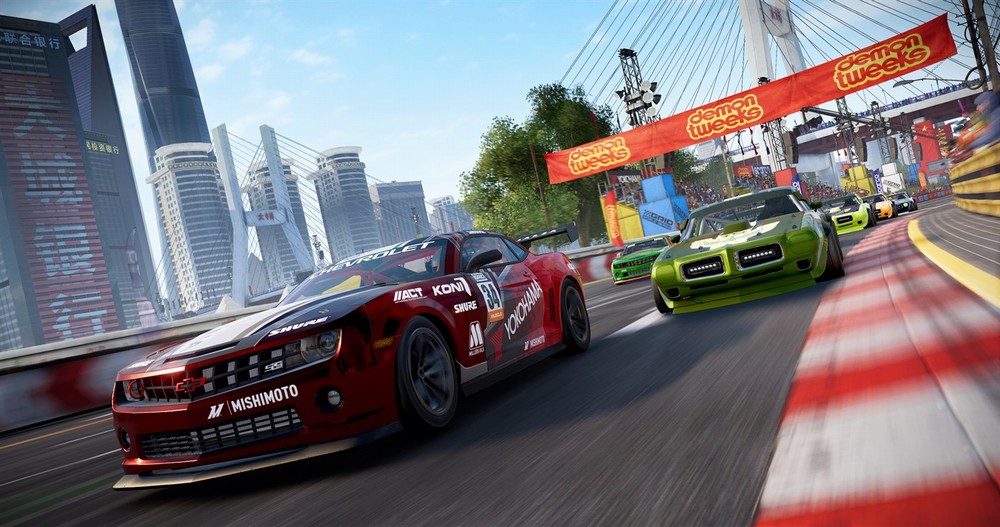 The Career mode is massive, taking you to numerous tracks from around the world, racing at all times of day and in all kinds of weather. I will say right here and now, GRID has the best wet racing of any game I’ve played to date, both visually and in car handling. Between the water on the windscreen to the glare off the wet pavement and the spray kicking up off the cars ahead, it doesn’t get any more realistic than this. Equally as impressive is the night racing where you’ll want to preserve the integrity of your headlamps if you want to see the track and finish the race. I did appreciate the mix of both circuit and sprint tracks that offered both lap and point-to-point style events.

The car library is expansive as is the near-infinite combination of liveries and visual upgrades. Sadly, the garage is limited to tuning only, and you can’t go in and start swapping rims or adding spoilers or swapping out carbon fiber parts. I found the car selection rather confusing and most of your decisions seem to boil down to brand loyalty. Car stats are non-existent, with only a power and weight meter that barely moves when selecting a car and certainly not enough to justify the price difference between the cheapest car on the list and the most expensive. Once you have your car you can choose a livery option for an overall design then further customize with colors and even remove sponsor decals if you wish. 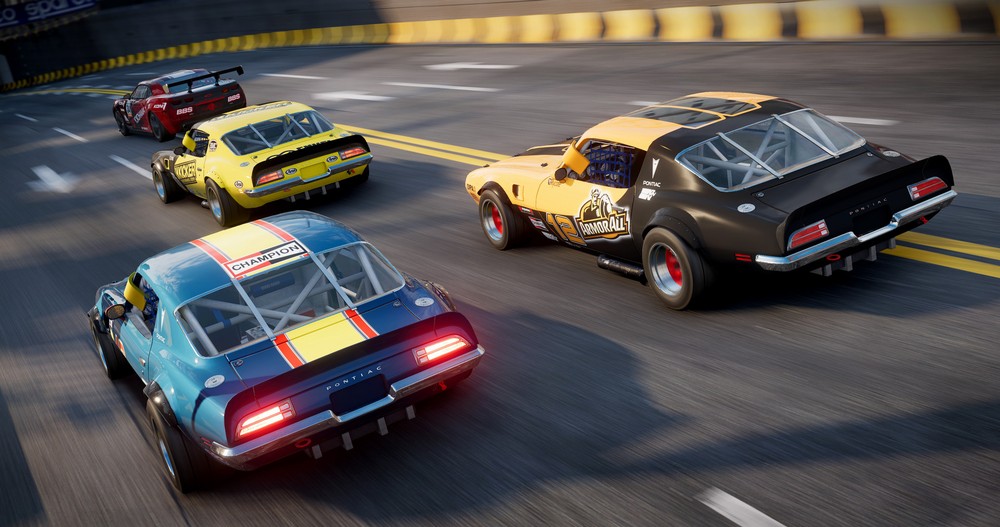 You’ll earn a lot of money while racing, but that is mostly used to purchase new cars or potentially hire a new teammate if your current one isn’t working out. Personally, I found the whole teammate idea rather superficial. Most of the time I forgot he was even there unless he was in first and I was in second and I had to undercut him and feel guilty later.   Teammates can potentially earn you more money, but they also have a signing fee and take a percentage of your winnings and you can’t always rely on them to do your bidding during a race.

GRID also has a multiplayer mode that lets you setup private races or get dropped into a random event with random players. As of this review (which I had delayed to include multiplayer coverage) I have yet to establish a single multiplayer session on the PC. I don’t know if everyone is just playing on console or if there is something going on with the PC servers or if multiplayer is a “coming soon” feature. Over the past four days and nights I have tried numerous times and the black searching screen just sits there spinning its wheels. I’ve let it search for 15-20 minutes with no results. I’ll keep trying and update this paragraph if I am ever able to play online, but for now this review is only going to cover the single-player experience. 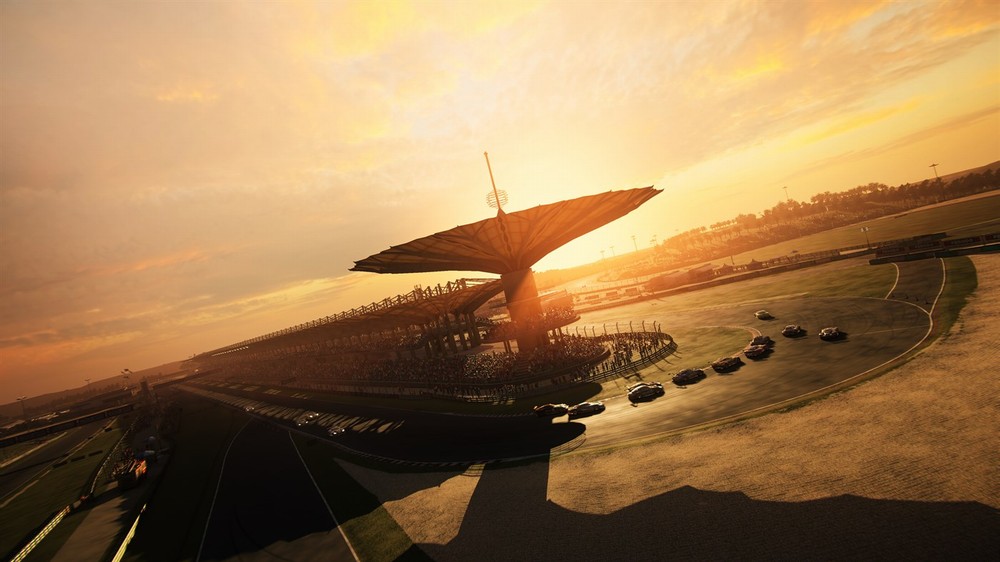 The presentation for GRID is outstanding on all levels from the exquisite car models and detailed cockpit interiors to the photo-realistic locations that come alive with crowds, balloons, confetti, and all sorts of subtle environmental textures and animations if you dare take your eyes off the road to notice them. There is visible car damage that will dynamically show scrapes, scratches, and crumpled metal, and all sorts of interactive tools for watching race replays. The game ran flawlessly at 1440p with an unwavering 60fps on my RTX 2060 Super card and i7 CPU. The surround sound mix was immersive with the audio changing realistically based on my chosen camera view and great positional audio for knowing when someone was trying to pass. The engine noise combined with gearbox and sputtering exhaust effects and the squeal of tires losing traction were all perfect instruments in this orchestra of super-charged racing. There is good radio communication with your pit crew and some fun banter with the race commentators that will realistically cutaway if you skip to the start of the race.

Games like WRC 8 and F1 2019 might offer a more robust career and deeper simulation experience, but those are highly specialized genres of racing. GRID (2019) might not be the deepest racing game out there right now, but for those looking for a game that encompasses a large assortment of cars, events, and racing venues, all presented in an intuitive unlockable career then look no further than Codemaster’s latest installment that hopes to reboot a classic franchise for a new generation. With months of future content in the works, GRID will certainly keep you behind the wheel well into 2020, and hopefully as more people come onboard those multiplayer lobbies might spring to life.   I hope so, because even without any online racing, GRID is still my pick for best racing game of 2019. 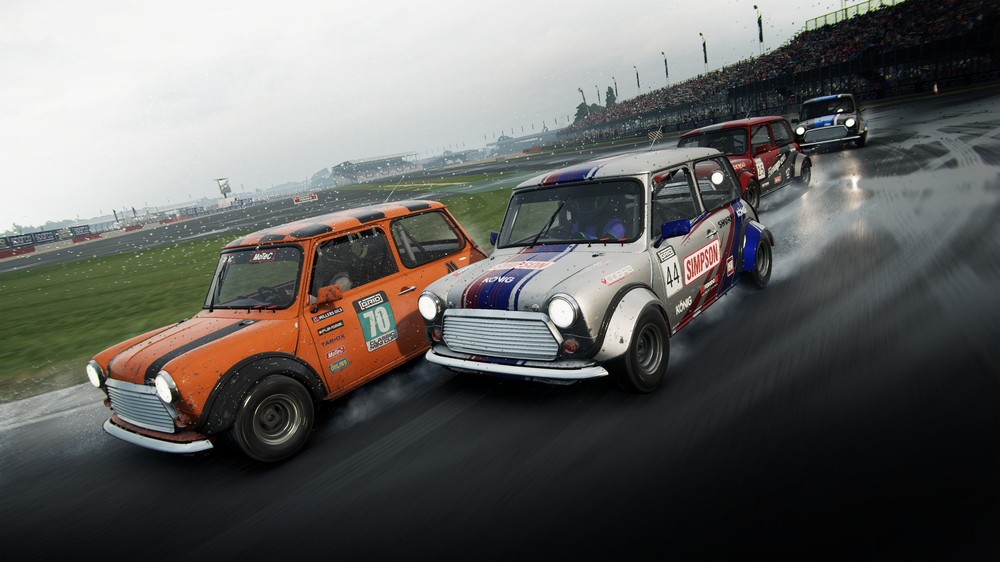 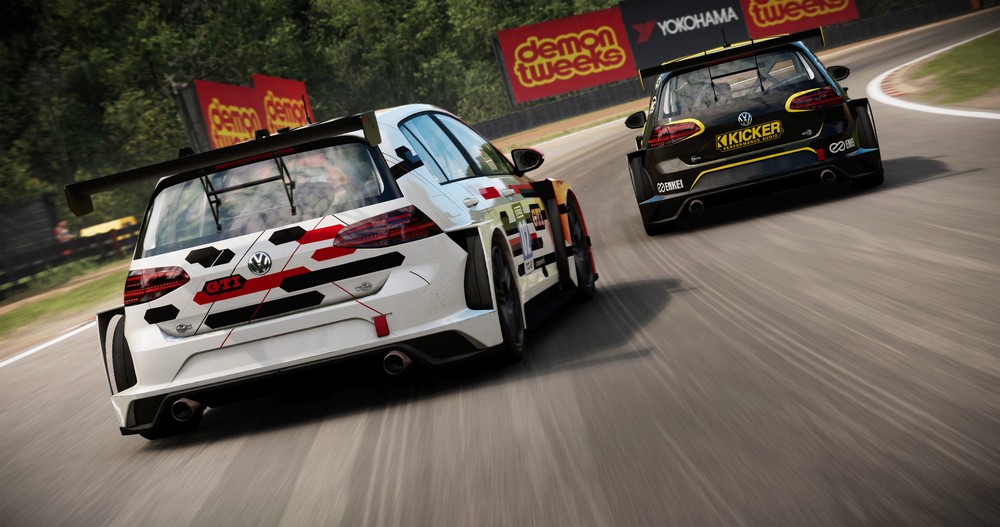 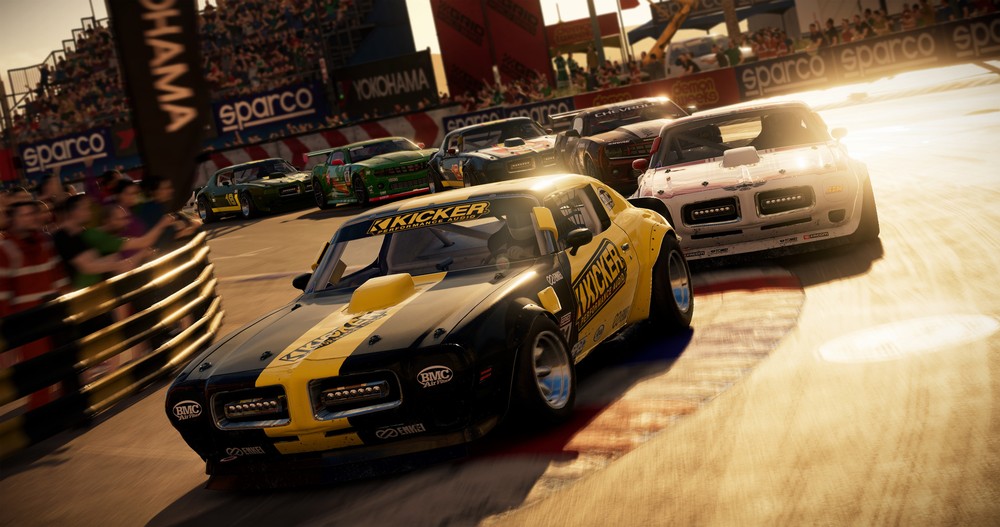 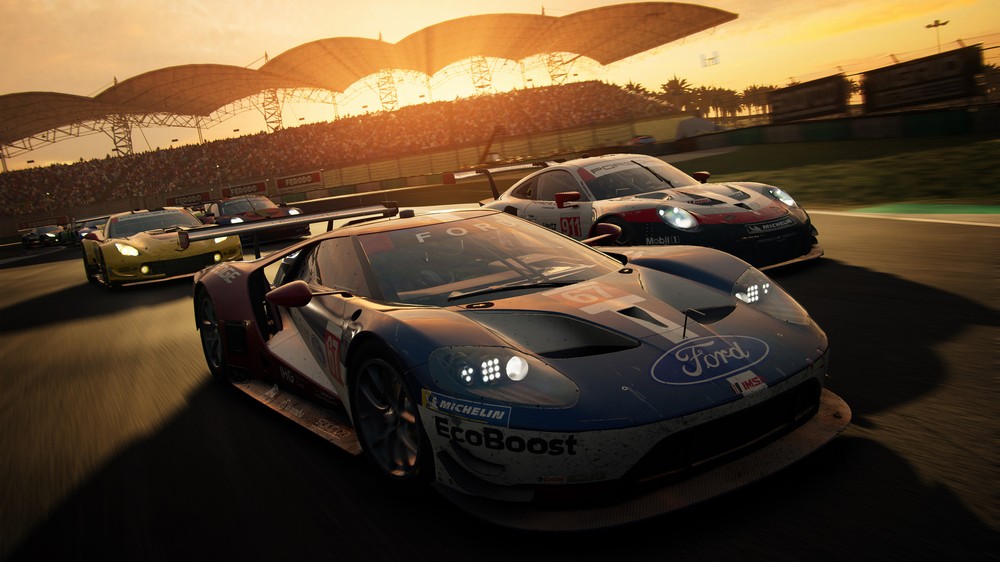 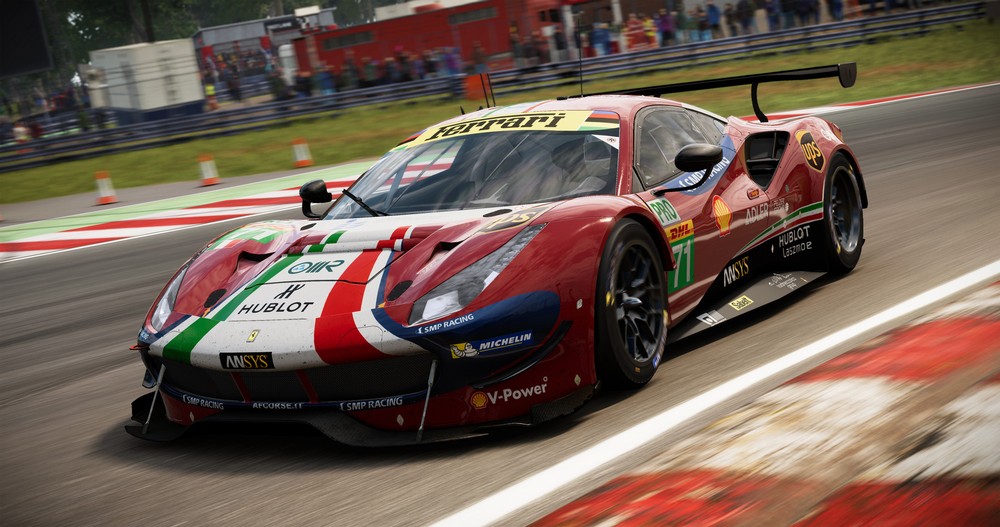 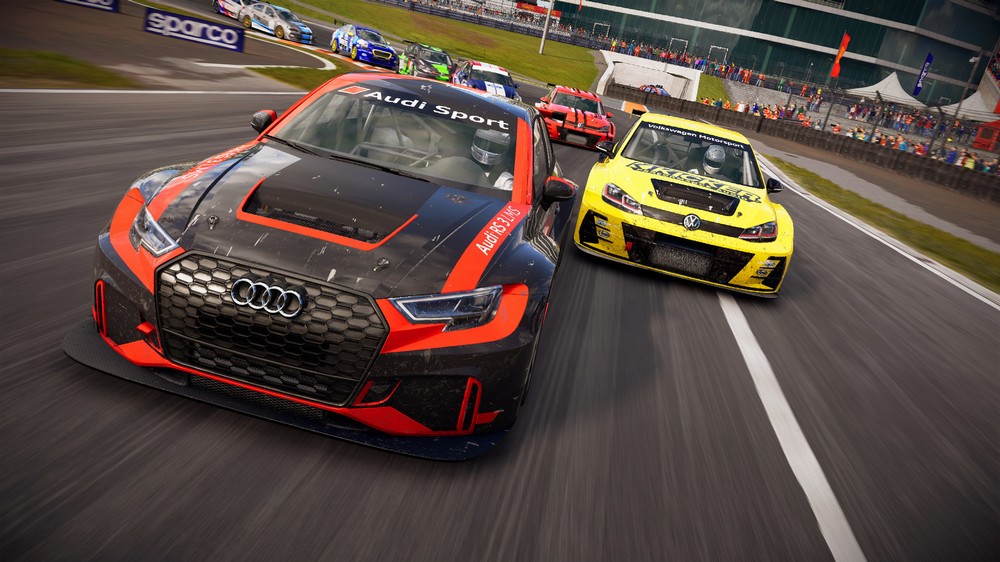 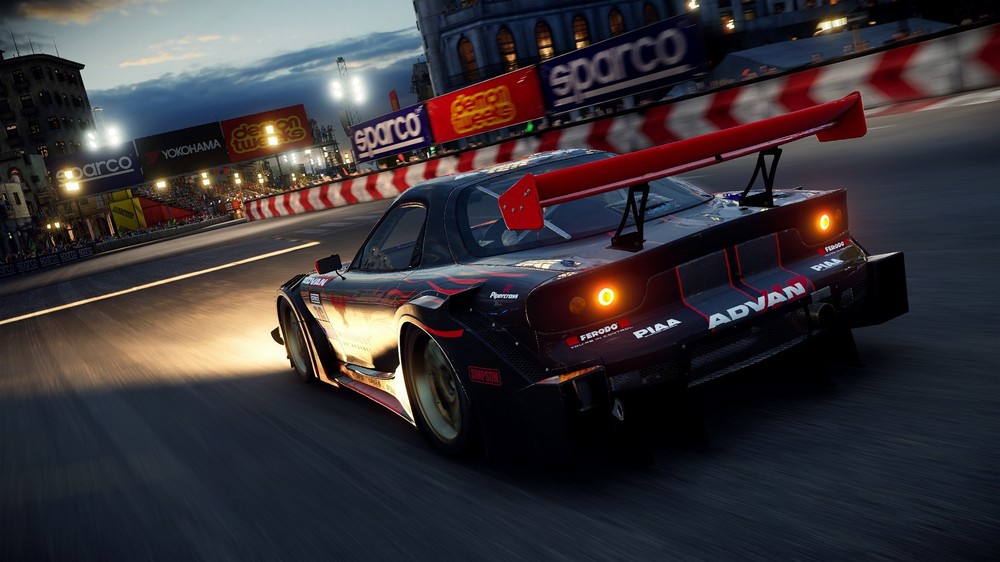