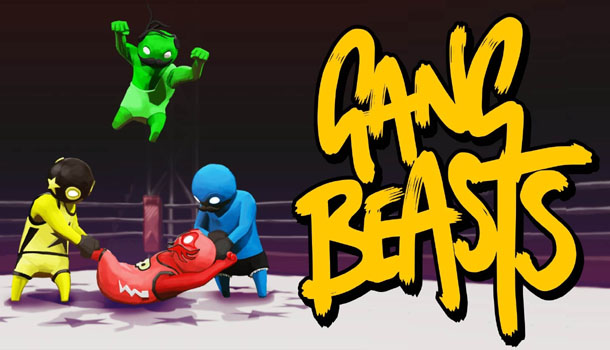 + Encourages you to be as terrible to your friends as possible.
+ So much fun, you'll suffer through intentionally poorly-designed controls.

Tons of fun and the perfect party game!

If you’ve been on the internet for a few years, and you’re a big fan of dumb stuff inside the world of video games, there’s no way you haven’t heard of Gang Beasts. Originally released in 2014 on PC as an Early Access title, GB is a mish-mash of influences that come together to form an intentionally-messy brawler that will leave you screaming at your friends or online competitors, and laughing hysterically with frustration the entire time.

Gang Beasts can best be described as an intentionally terrible take on Smash Brothers. A group of players (locally or online) get together on a single stage and do their best with wobbling characters and unintuitive controls to toss each other out of bounds throughout the many varied levels. It’s as confusing and frustrating as it sounds, and that’s what makes the game so close to perfect and one of the best local co-op games released over the past couple of years. There are few titles out there that can get a room full of people yelling at each other like Gang Beasts. 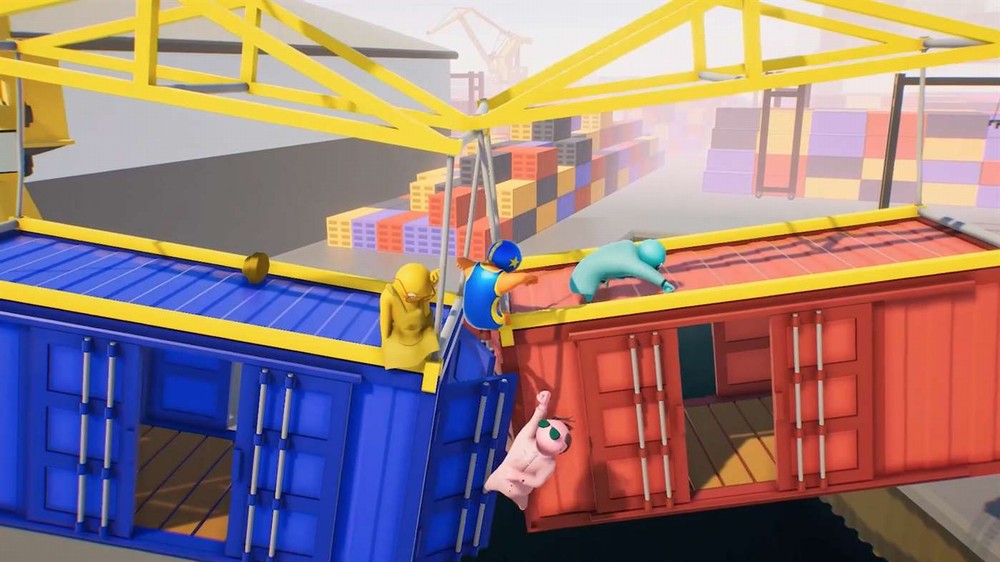 To give you a sense for just how difficult the controls can be, especially during your first few matches, here’s a quick breakdown. A is the jump button, but only once pressed and released. Pressing the right and left shoulder buttons throw punches, but if you hold one of them down, that arm sticks to whatever it touches. B and X give gentle little kicks which really aren’t good for much of anything. Y is used to life up an object (or player). Now try picturing keeping that all in mind while running around and trying not to get hit, shoved, or grabbed. It’s ridiculous in the best way possible.

The problems with the game take the form of performance issues. During my time with GB, there were multiple frame rate drops, which can be a big problem in a game as frantic and manic as this one. Worse yet, these drops usually occur at the height of on-screen action, like when objects break or shatter, or when the players all gang up and dog pile on each other. It makes the actual enjoyment of the game lessen, which is unfortunate given how much fun there is to be had. 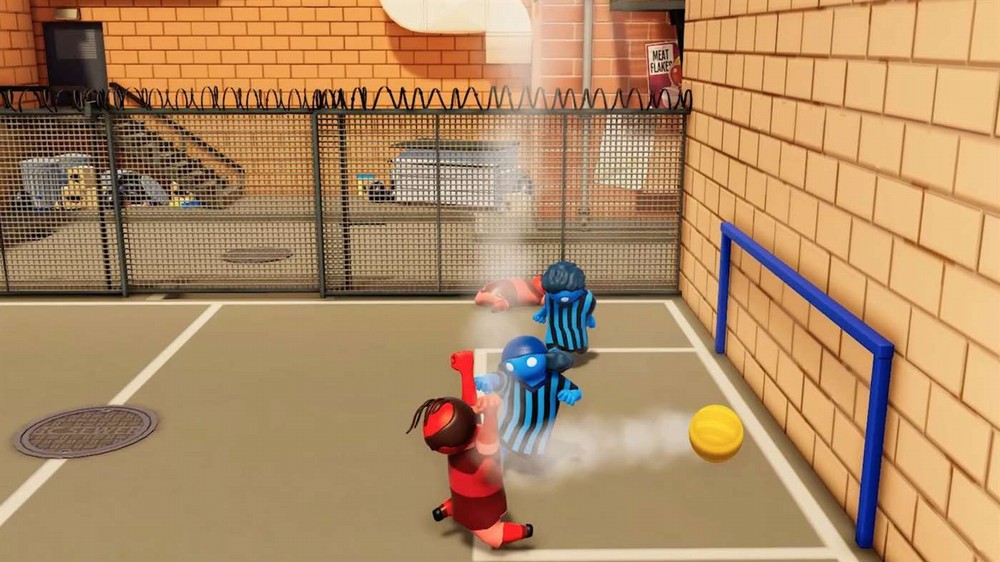 There are other modes that have been added to the game, such as horde and sport sims, but these aren’t what you’re coming to Gang Beasts for. You want the big, stupid, frustrating action of the core game. Stick with it, as the other modes aren’t really worth your time.

While the technical issues are unfortunate, Gang Beasts is still tons of fun, especially with local co-op. Grab some friends, a pizza, and some drinks, and get ready for an incredible evening of enjoyment. 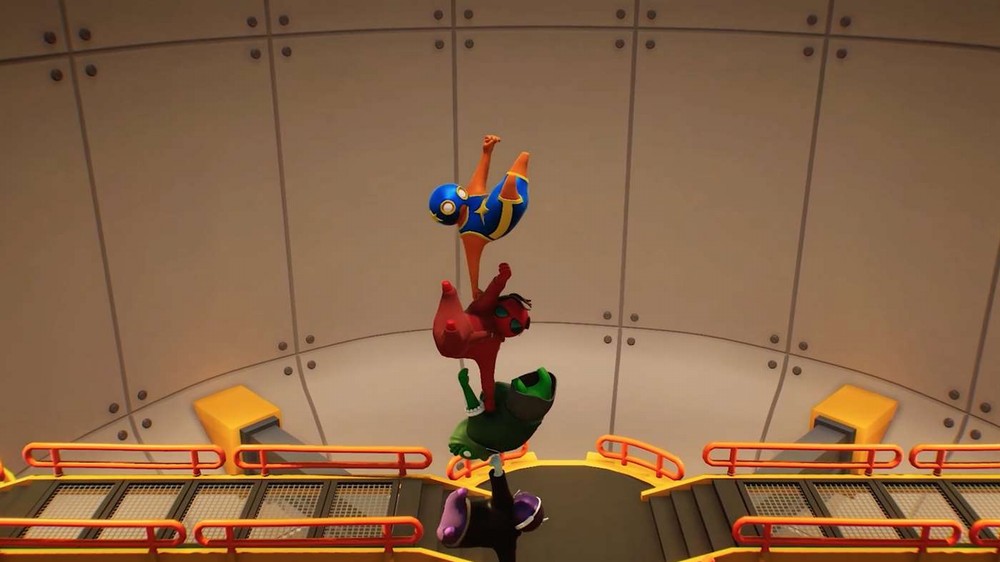 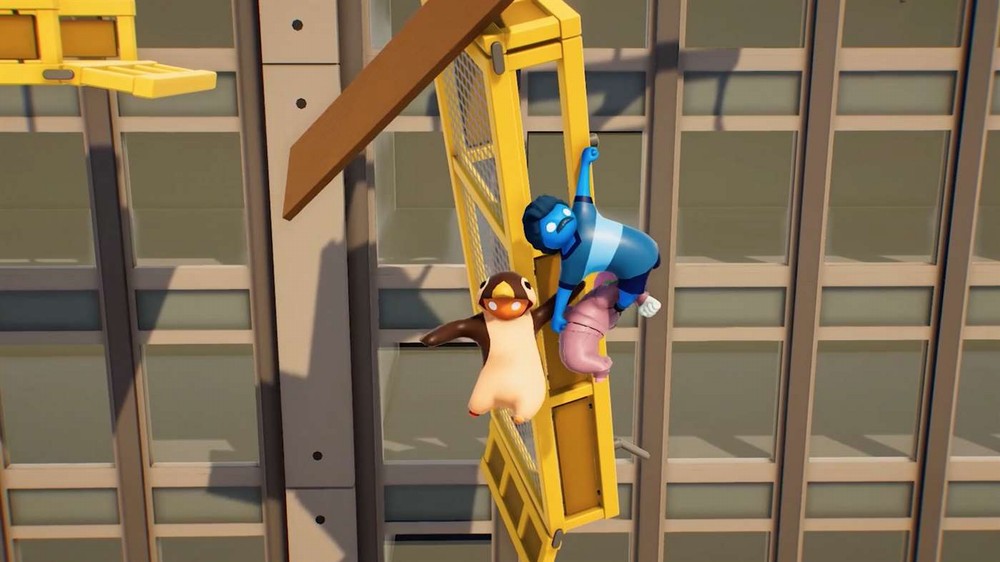 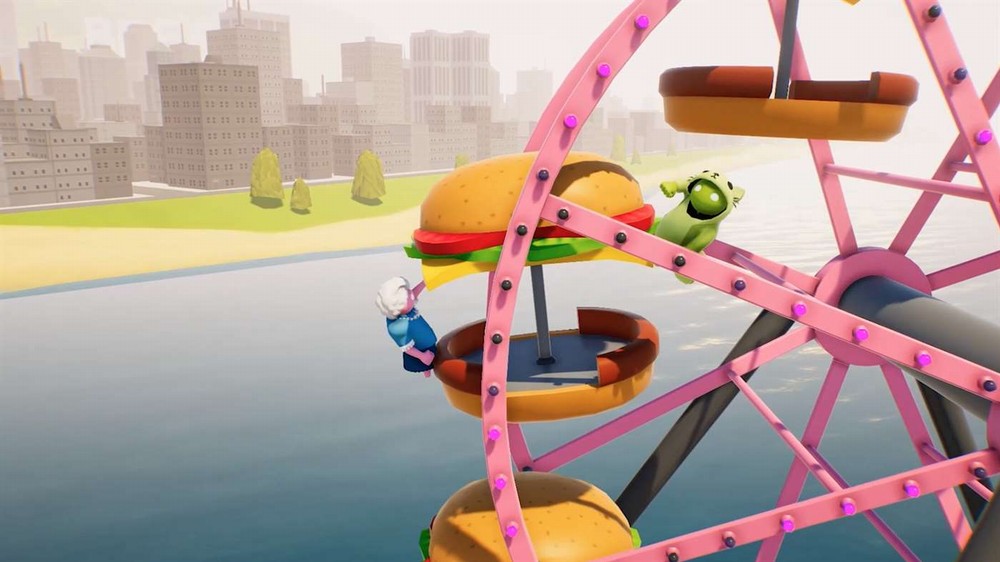 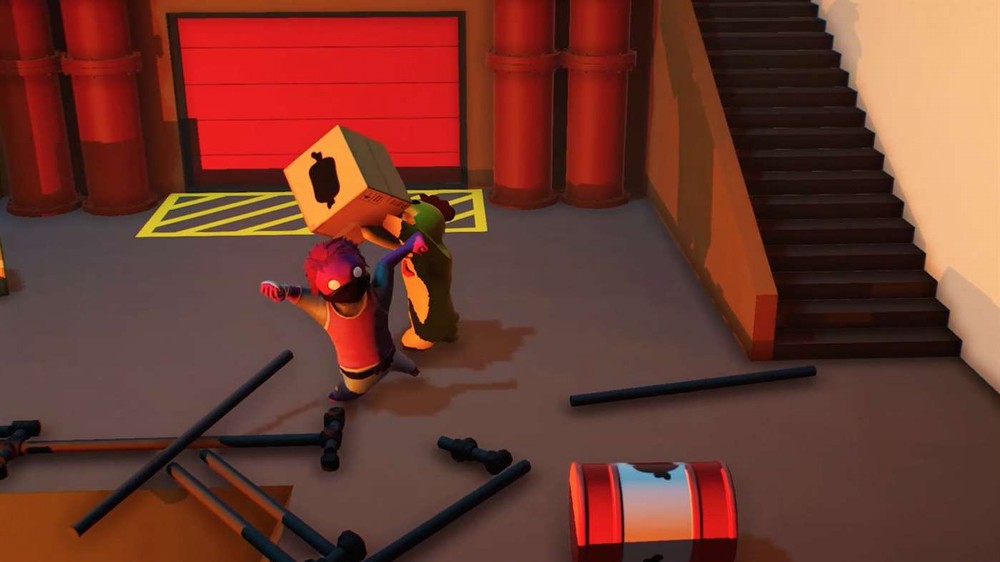 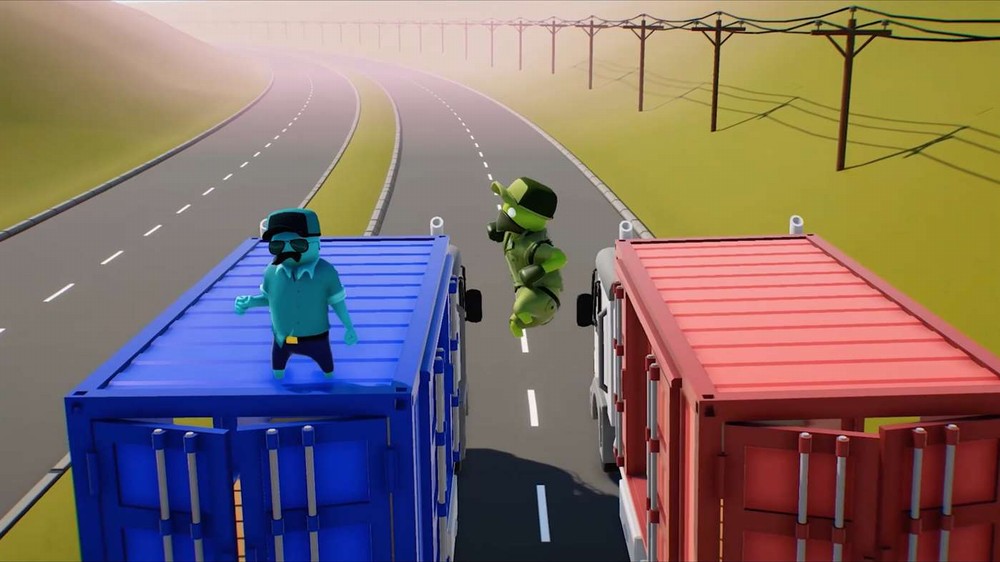