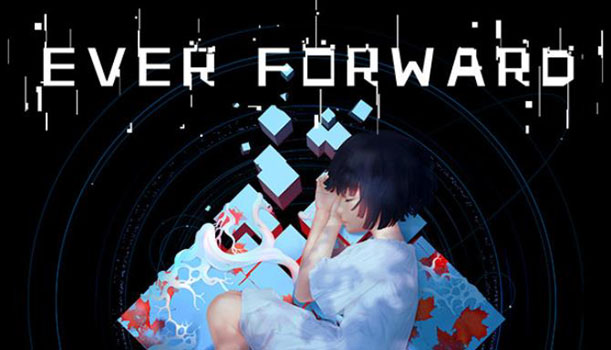 A magical world of discovery and frustration.

There are so many creative and original games coming out on Steam these day’s it’s hard to keep track of them all, let alone try and figure out which ones are worth your time and money.  Ever Forward is one such game; a puzzle-adventure game that, on the surface could slip away in mediocrity with its subdued but stunning visuals and deceptively low price, but it will only take moments of actually playing this enchanting game before you become hopelessly hooked in the tangled mystery of clever gameplay and compelling story.

Ever Forward tells the tale of Maya, a young girl lost in a strange world of memories and reality.  The story opens with Maya on a pleasant beach when tremors shake the ground and these lava-like tendrils invade the landscape.  You’ll get to control Maya as she investigates these evil patches of sinister growth that will transport her to another realm of Inception-like imagination with towering spires, a helpful companion bot, and some truly inspired logic puzzles you’ll need to solve to unlock Maya’s memories and discover the secrets responsible for the current situation. 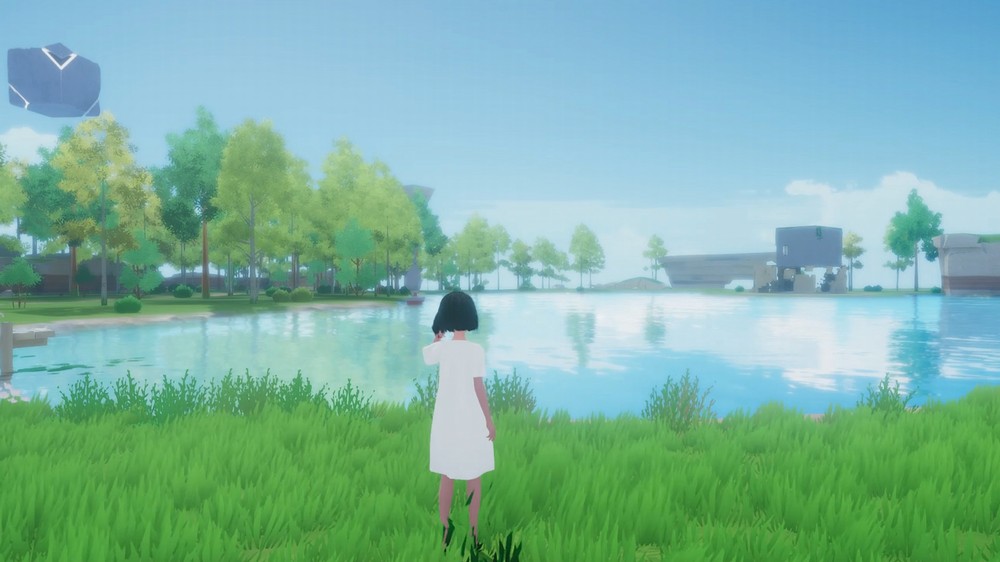 Ever Forward has a great look with a soft pastel design that evokes memories of Zelda or any of numerous other classic RPG’s.  Whether you are exploring the lush reality of Maya’s world or the imposing structures of the puzzle world the game offers something fresh around every turn and the scalable graphics work nicely with a large assortment of PC’s.  Complementing the visuals is a fantastic soundtrack (available separately for only $2) that creates the perfect mood.

Much of the game is solving logic puzzles that often require getting past Roundy-bot, a security droid of your own creation that appears to have turned on you.  Round-bot can detect you both visually and audibly so you have to figure out the necessary acts and distractions to avoid its vision cone otherwise you’ll be vaporized.  While these puzzles obviously have their intended solutions there is just enough creative freedom allowed to possibly outthink the developers.  Using buttons and boxes, pressure pads and teleporters you’ll need to figure out the proper sequence of actions required to navigate this strange world and unlock your memories.  It’s rather hard to explain really, so feel free to check out the first 30-minutes of the game in our gameplay video.  Warning: Puzzles will be solved/spoiled. 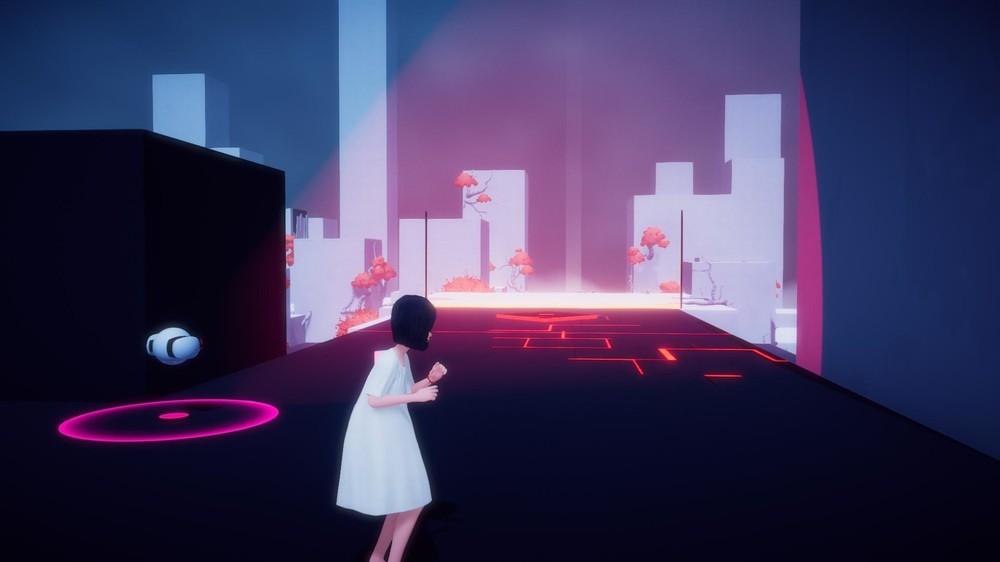 There is a lot of trial and error required in Ever Forward and thankfully the game has one of the best quick save and load systems I have ever seen in 40 years of gaming.  At any time you can hit the button to save your game exactly where you stand – it even puts down a marker – and when needed you can restore to that point and try again.

The puzzles appear to be fairly straightforward once you learn the rules of the game but I have to admit some of the solutions are way out there.  On more than one occasion (six times actually) I had to resort to a walkthrough and even after seeing the solution I realized I would have NEVER figured that out; not because the game was being clever but rather it hadn’t provided me with the knowledge to solve the puzzle on my own.  At least that eased my guilt/shame of having to cheat.  Some puzzles are extremely obvious while others take a few tries but will leave you feeling smart once solved on your own.  It’s a nice range of difficulty even if it is unpredictable and jarring at times. 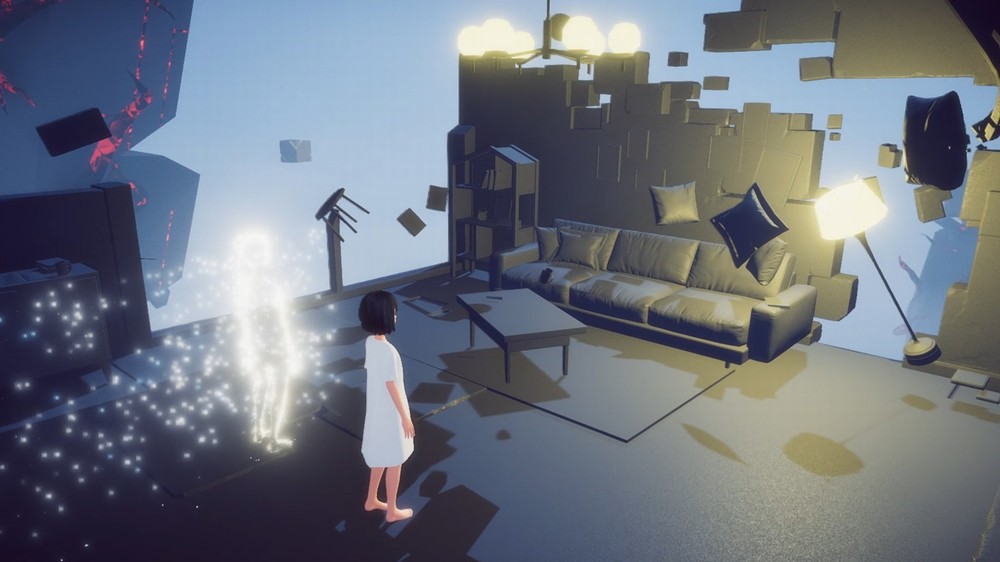 Ever Forward is rather short and those with even modest puzzle-solving skills should be able to finish in a few hours.  There are some secrets in the game for those who want to revisit for any missing content/achievements.  Much of the game is a Zen-like experience whether you are skipping through the tall grass of the real world or traversing narrow ledges spanning a bottom chasm in the dream world.

Personally, I wanted a bit more instruction on how the world works; at least beyond the bare basics that are given.  I would have enjoyed some more varied environments and enemies other than Roundy-bot.  Things did start to look and feel a bit repetitive around the 90-minute mark; then again, if you play the game in smaller doses it’s probably not that bad.  I really did enjoy the storytelling aspects and the cool cutscenes after solving each major area puzzle and the fun achievement names. 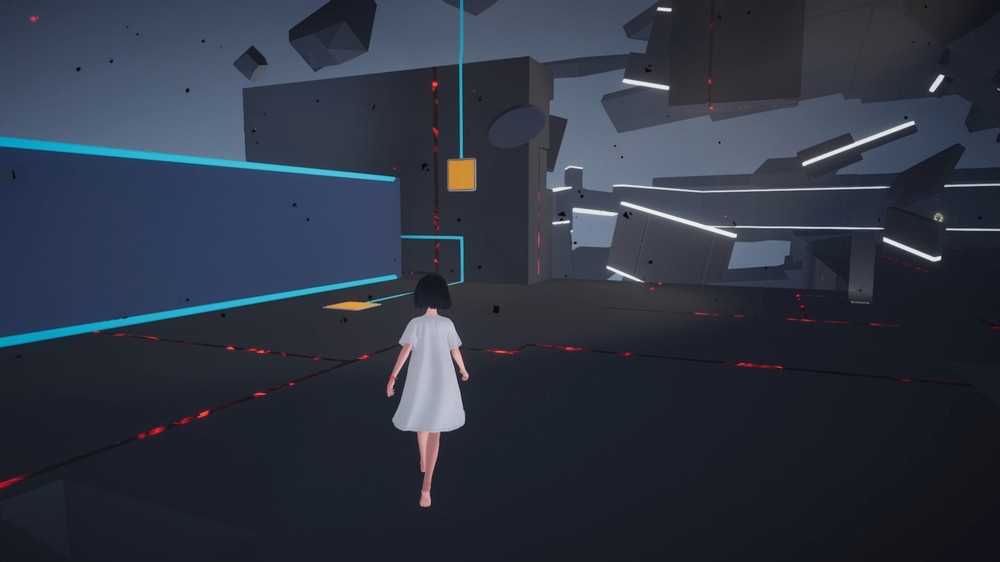 If you love puzzle games that are masked in obscure rules and solutions then you will probably enjoy Ever Forward.  This is a world where discovery is actually a key component to solving the puzzles, and that discovery will require lots of trial and error, often resulting in those enjoyable “aha” moments where everything finally clicks.  It’s definitely worth checking out.

1
832
The Walking Dead: Saints & Sinners Review – Oculus Quest
2
737
CRASH BANDICOOT 4: IT’S ABOUT TIME IS AVAILABLE NOW
3
737
Metamorphosis is 33% Off on Steam!
4
737
Werewolf: The Apocalypse – Heart of the Forest launches on October the 13th
5
737
Synth Riders Celebrates Anniversary with a Month Full of Treats and an Oculus Ques...
6
737
Worm Jazz Review – PC
7
736
Take to the Skies and Choose a Side in the New Trailer for Next Generation Air Com...
8
736
Frictional Games Shows Off First Gameplay Footage of Amnesia: Rebirth
9
736
Join the Galaxy’s Finest as Star Wars™: Squadrons Soars Into Homes Today
10
736
The Falconeer First-Look Preview – PC
All Original Content on Game Chronicles is Copyright (c) 2002-2020
Sinjin Solves Walkthroughs Copyright (c) 1996-2020 by Mark Smith