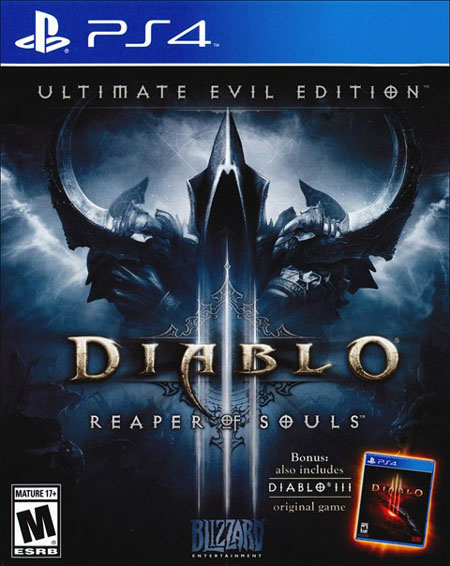 One of the best multiplayer games this year and perhaps one of the finest PC-to-console ports ever.

Diablo III: Reaper of Souls – Ultimate Evil Edition is more than just an impressively long title; it is easily one of the best multiplayer games you can play this year and perhaps one of the finest PC-to-console ports ever.   Let me qualify that statement by saying that I never personally played Diablo III on the PC.  In fact, diving into Reaper of Souls was my first Diablo experience since Diablo II fourteen years ago, but many of our GC reviewers had played the PC and last-gen console versions and it was those people who I was now playing with on the PS4 and constantly hearing just “how much better this new version was”.

For many Diablo fans, this next-gen version of Diablo III might be a possible double or even a triple-dip if you played the last-gen console port, and you might be asking yourself, “Should I really buy this AGAIN?”  The answer is an unequivocal YES!  There have been so many changes (all for the good) and so many improvements to this latest version and the PS4 is definitely the console to experience them.  In addition to the stunning 1080p visuals that stream by at a silky smooth 60fps (a quality shared by the Xbox One) Sony brings you a few nifty exclusives that change the tide of the console war…at least for this title.

Sony has teamed up with Naughty Dog to integrate elements from their huge hit, The Last of Us to create the Nephalem Rift; a hauntingly cool new area loaded with creatures from the game including Stalkers, Bloaters, and those sinister Clickers.  Another Sony exclusive is the “Guise of the Colossi,” a unique set of transmogrification plans that unlocks six armor appearances inspired by the influential PlayStation 2 title, Shadow of the Colossus. Both of these are available for PS3 and PS4 versions and are unlocked along with Adventure mode after you complete the game. 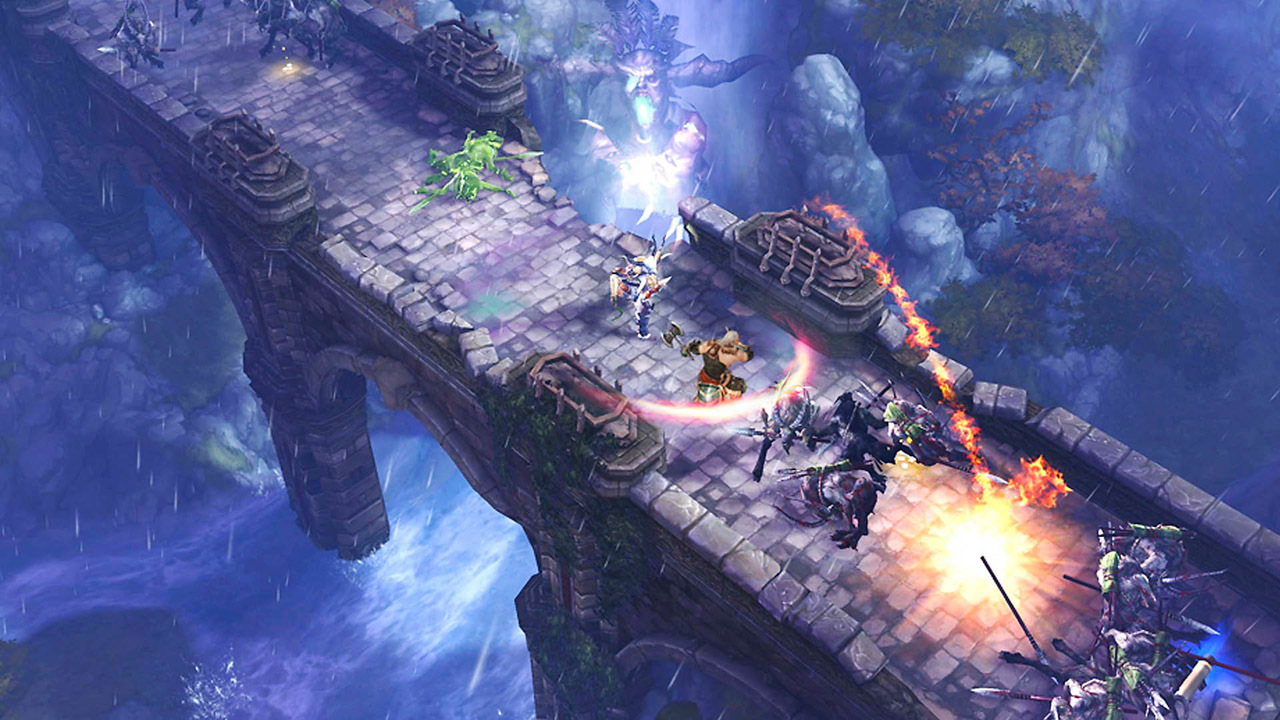 I was very impressed with just how well Blizzard was able to transform the PC controls over to the new radial menu system that allows for intuitive access to every facet of your character and the game. The touchpad provides instant access to your inventory as well as mouse-like navigation around the radial menus, but I found the right stick was a bit more reliable for this. Your various attacks, powers, and abilities are intuitively mapped to the face buttons and triggers by type, but you are free to remap the types to any buttons you see fit. Considering the potential complexity of the commands, Blizzard definitely got the control balance perfect when it comes to action and roleplaying.

Reaper of Souls can sync with your Battle.net account and doing so rewards you with a nice Legendary loot item as well as giving you the option to import your characters from the PS3. One of the biggest reasons I chose not to play Diablo III back when it first released was all the hullabaloo around the Auction House that had most gamers playing the game for profit. Thankfully, that has been shut down and the new loot system is better than ever.

Everyone gets their fair share of XP and loot in Diablo III thanks to the Loot 2.0 that systematically distributes character-specific items as well as Legendary items evenly and fairly. There is even a fun little gift system in place where you’ll find a special item in your inventory that is meant for another player from a previous multiplayer game. You can mail these items using the handy mailbox located in each hub area. Perhaps the coolest new addition is the Nemesis system. At some time and place you will be attacked by a powerful Fiend, and if it defeats you it will grow in power and move on to another player in your Friends’ list. If they fail to defeat it the process continues until the Fiend is either killed or it kills five of your friends. I was genuinely surprised at how excited everyone got when a Fiend randomly appeared, and even more so when we finally defeated it. 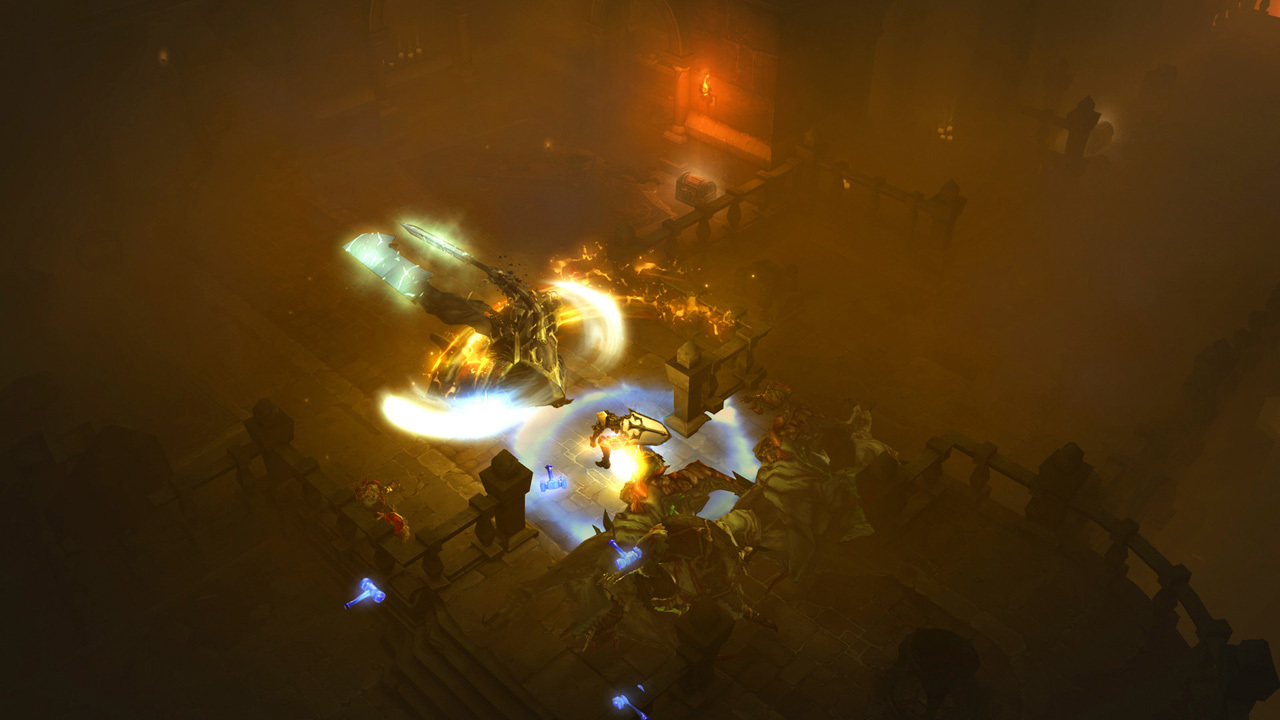 Diablo III is one of those remarkable games that can be played alone or with up to three others and it is just as playable and enjoyable with any size party. The drop-in/out nature of the multiplayer is seamless, and the game auto-scales the difficulty and the rewards based on the number of players and their levels. Obviously, if you team up with characters much higher in levels you’ll probably find yourself dying more frequently as well as finding loot that may exceed your current level situation. A clever Apprentice mode detects any significant gap in party player levels and will temporarily boost the stats of lower level characters, so they remain somewhat useful in combat.

There are clever systems in place like being able to teleport back to town at almost any time while out on a mission then being able to warp right back, or if you are in a multiplayer game you can click on the banner of any teammate to instantly warp to their location. The HUD is minimal and fully customizable as are all sorts of features like seeing damage numbers, health bars, and other real-time info on the screen.   With everything turned on the game can get a bit overwhelming with all of the amazing and colorful special effects combined with information overload.

As far as presentation, the opening movie is something worthy of a theatrical release when it comes to quality, and once in the game prepare for some of the most detailed and colorful landscapes and interiors you’ve ever seen in a console dungeon crawler. I was blown away with each new chapter design, which always came with fresh environments and an eclectic selection of new creatures to hack and slash. There is so much detail in the game that can easily go unnoticed on smaller screens, especially in the character design and animations and all the subtle touches to building, objects and random items. The levels are massive and simply playing the missions and the story will only allow you to see a fraction of what is there. Dedicated and thorough exploration is required to reveal every corner of the map and find some of the best loot drops. 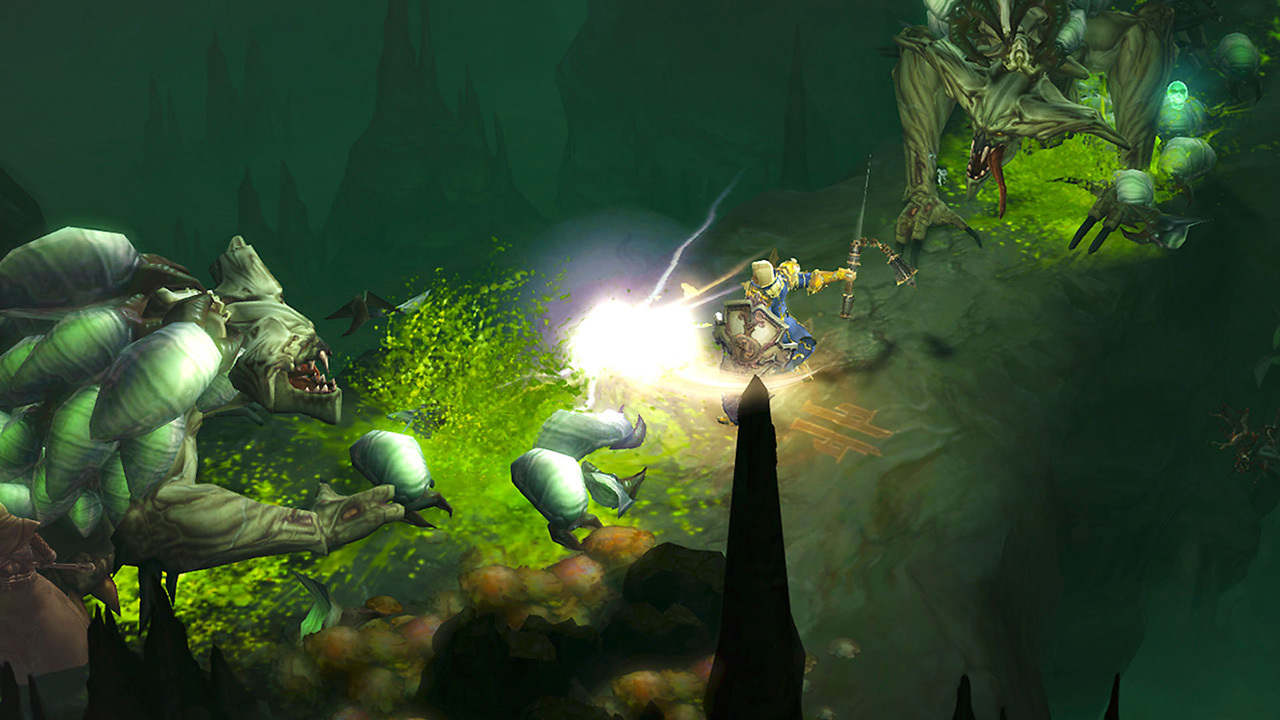 The music and sound effects are exceptional and the sounds of combat are intense; so intense I had to drop the master volume down to about 50% to even hear my teammates on voice chat. Voice acting is fantastic and I loved all the audio narrations for journals that you can listen to while continuing to play, and the conversational bits in town; even if most characters only have one repeating line of dialogue per encounter.

There isn’t really much negative I can say about the game. My one big complaint is that if you plan to Twitch stream your games none of your party chat carries over in the broadcast, so viewers end up hearing you “talk to yourself” for the duration. There are a few minor issues like the irrelevance of merchants for the most part.   You’ll almost always find and have better stuff laying around the dungeons than a merchant ever has in stock.   On the advice of a seasoned Diablo player I chose to spend all my money leveling up my Blacksmith to the point where he can now craft items far superior to anything you can buy. I also scrap all my unused and unwanted items, which gives me valuable crafting resources for my Blacksmith to work with – a much better alternative than selling back to a merchant at a huge loss. Of course you can always trade items with current players by just dropping them on the ground or mailing them to offline party members.

The Ultimate Evil Edition not only adds the Reaper of Souls expansion chapters, you also get an entirely new class, the Crusader, which, from what I’ve heard, is almost reason alone to replay the game.  All of the classes complement one another nicely to create some well-rounded and highly functional teams that include brawlers like the Barbarian or ranged attackers like the Demon Hunter.

You won’t be finishing Diablo III anytime soon.  Sure you can stampede through the story in 15+ hours, but with multiple classes, Paragon levels, untold loot riches, extra levels, and Sony-exclusive content combined with procedurally generated levels and the always-unique shared experiences of four-person multiplayer either locally or online, no two adventures will ever be the same, and Diablo III: Reaper of Souls – Ultimate Evil Edition should easily find a permanent home on every Action-RPG gamer’s PS4 system.

To see Diablo III in action check out our live gameplay series. 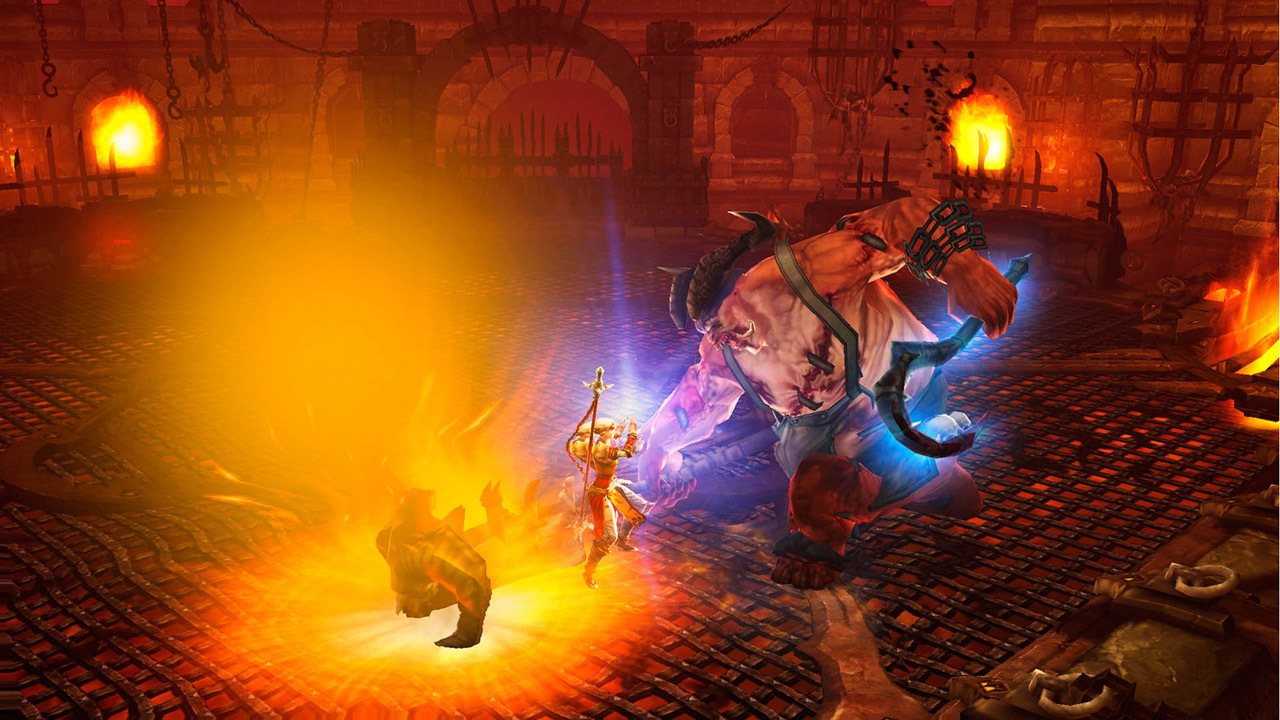 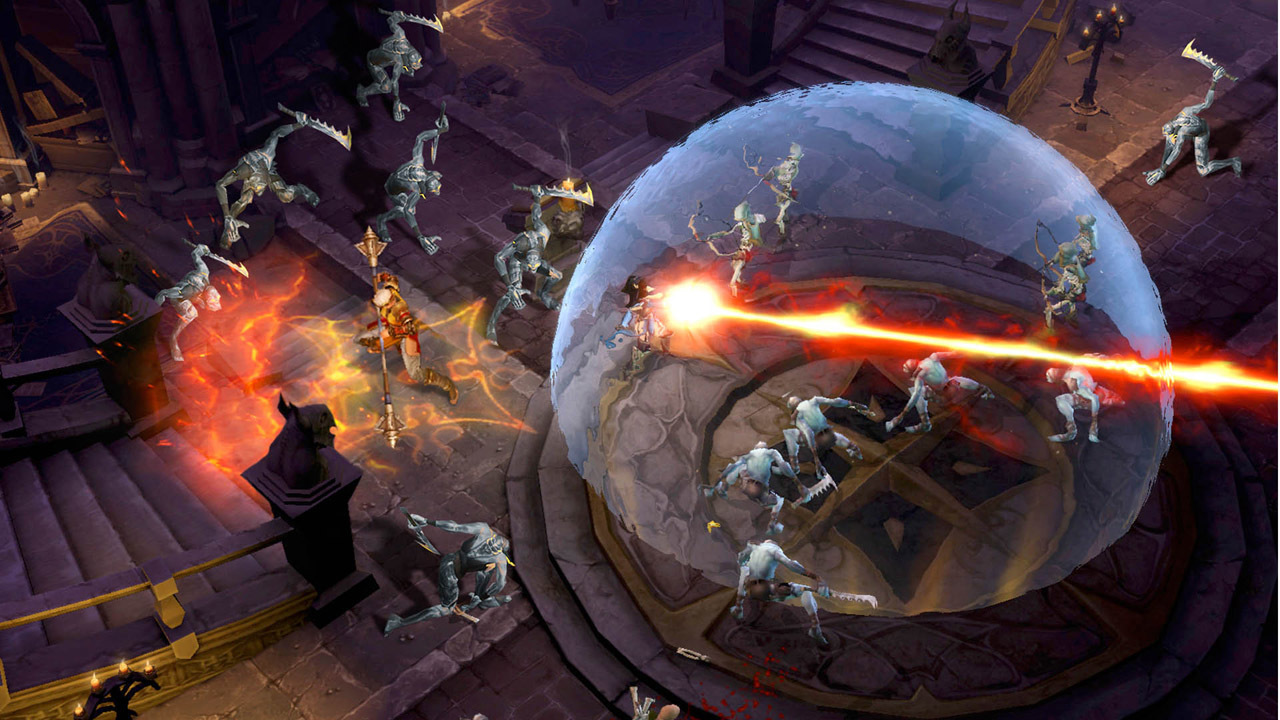 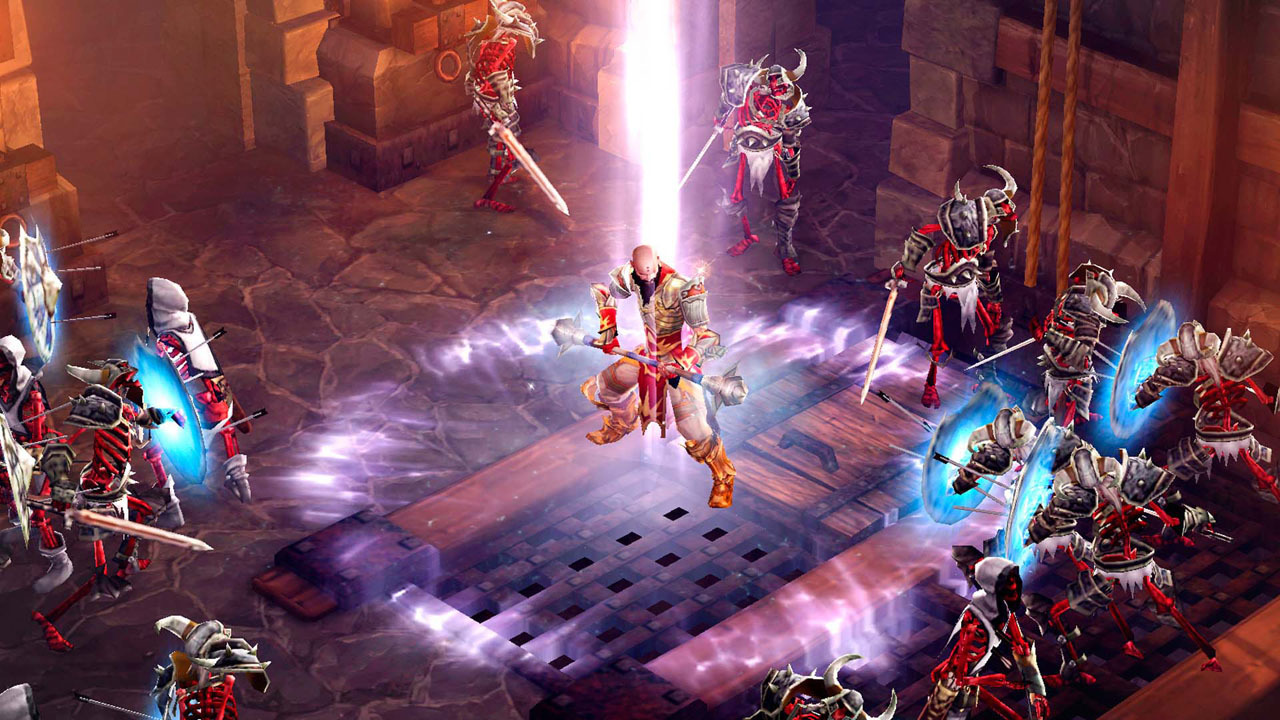 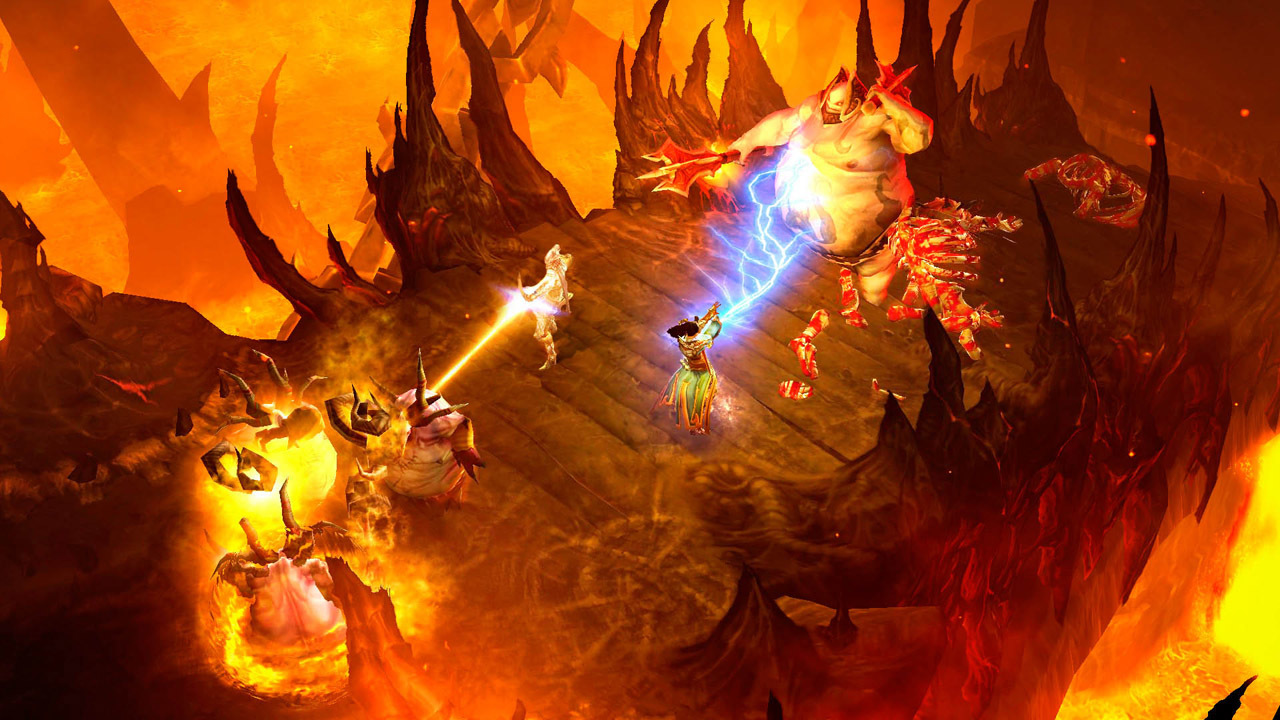 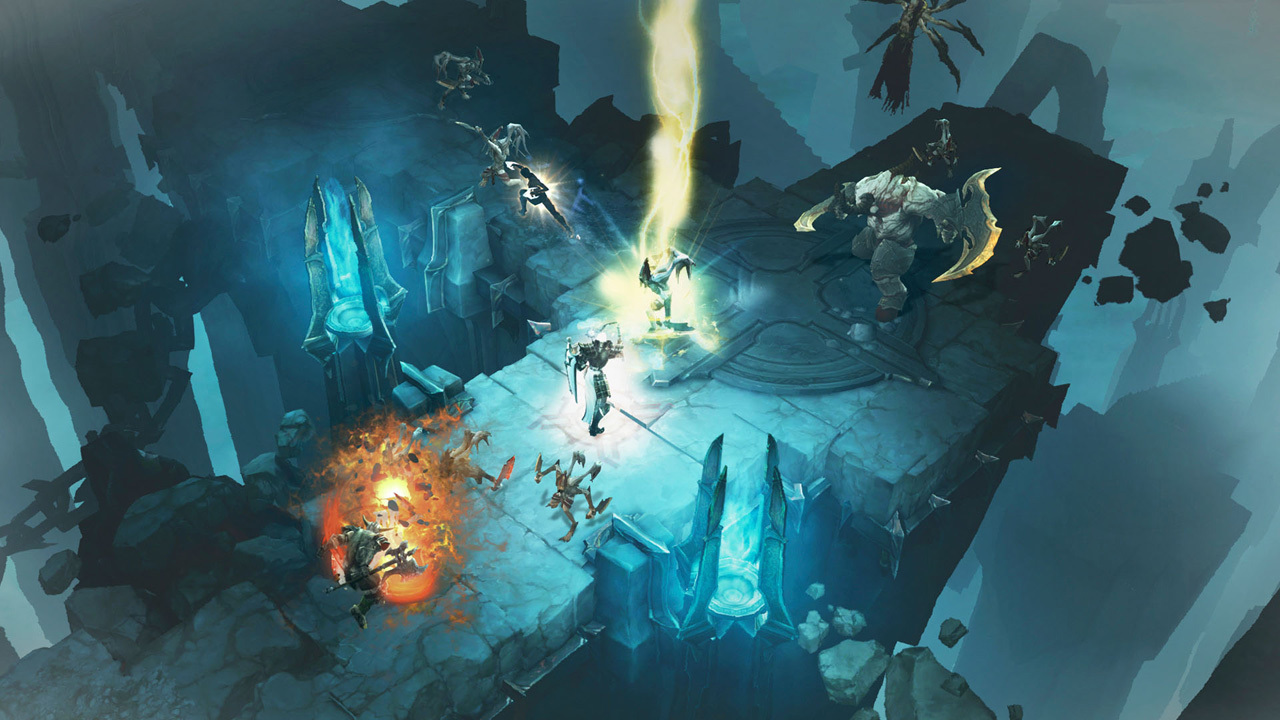 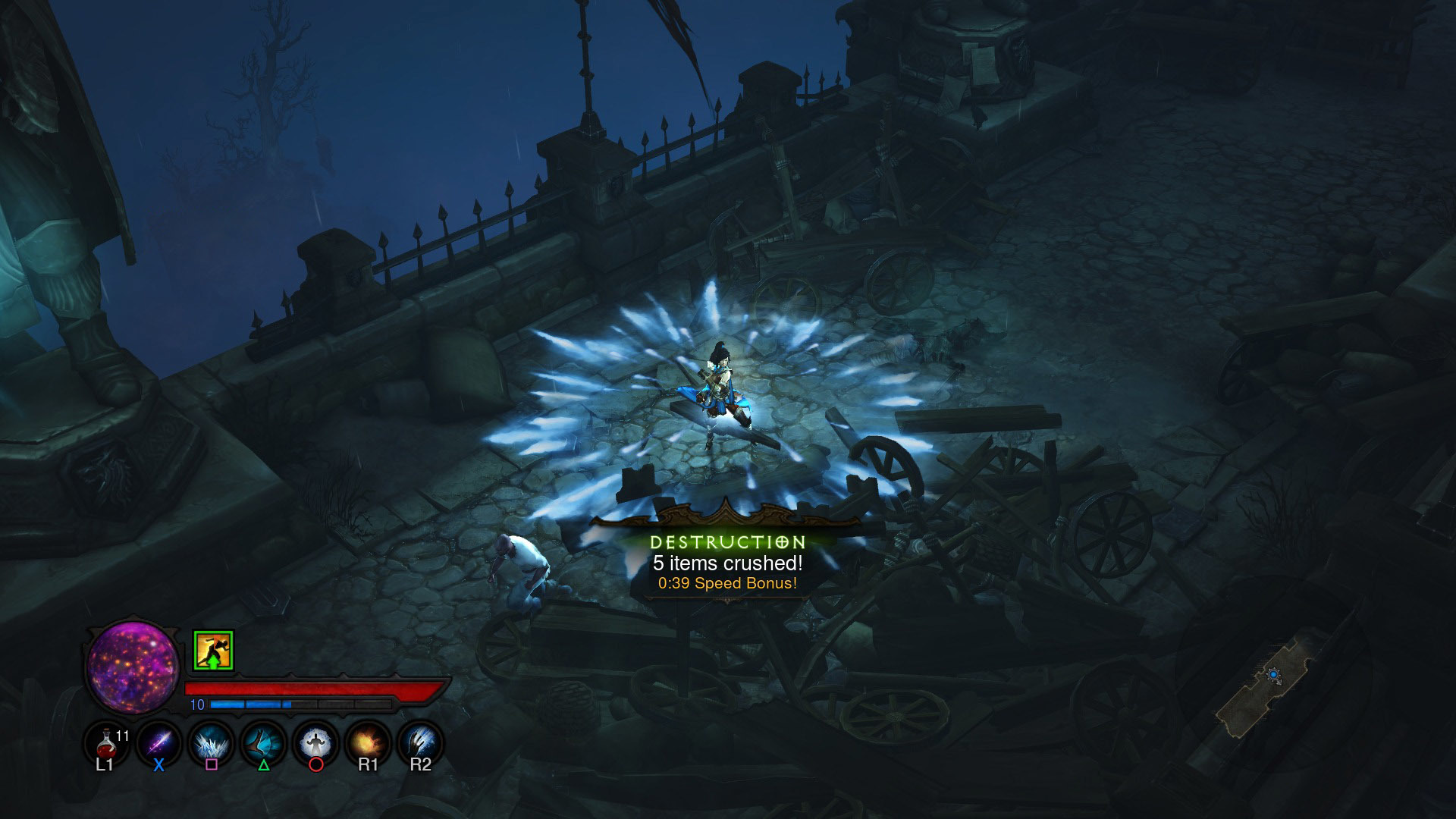 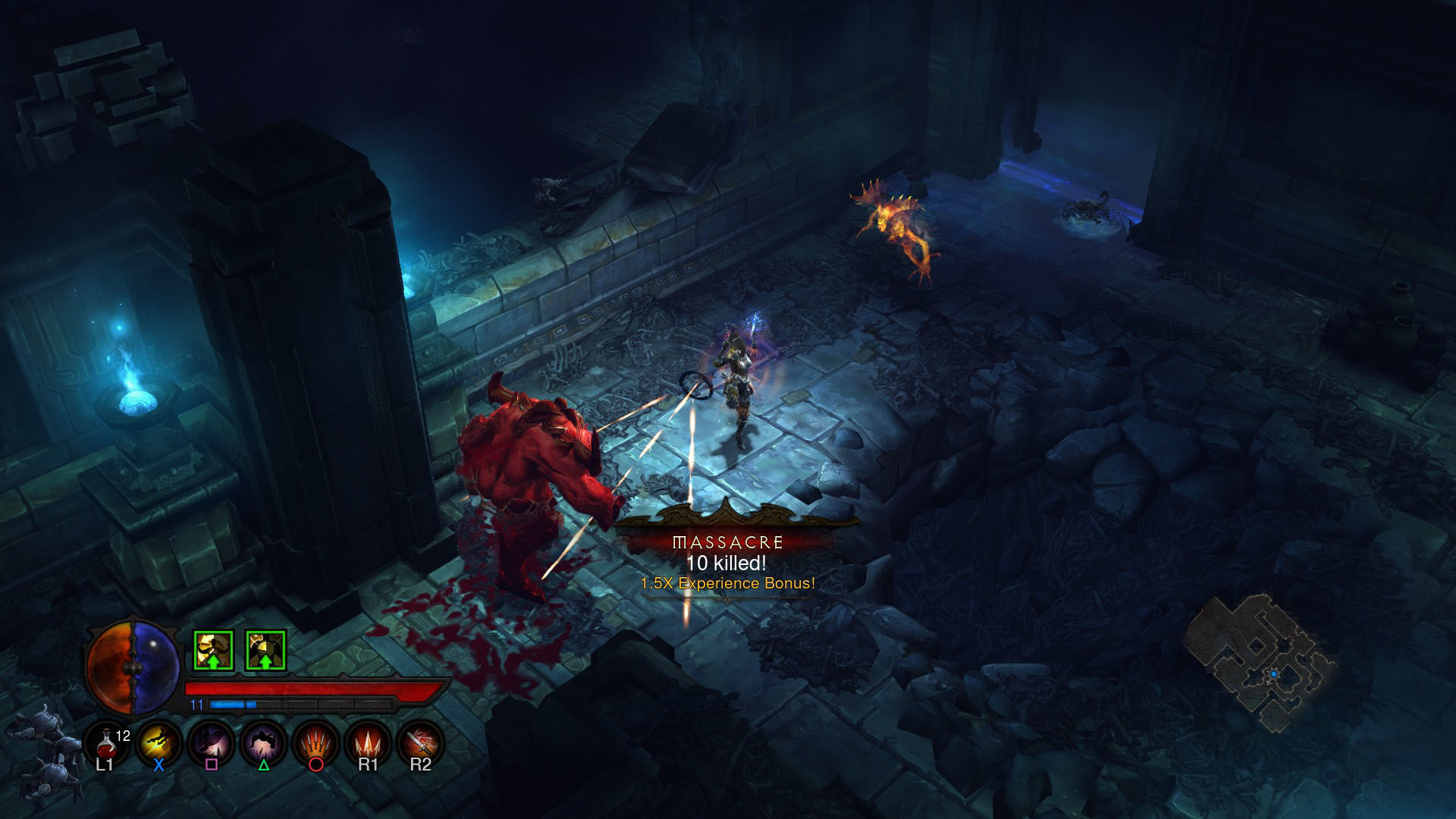