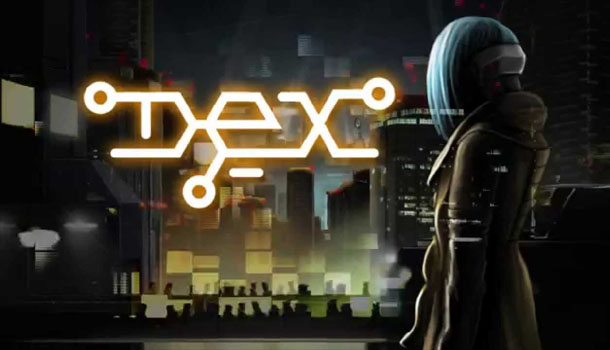 - Combat, while plentiful, is a bit clunky and can turn into a bit of a chore

Cool cyberpunk story with a lot of neat RPG elements that falls a little flat with combat.

DEX is a cyberpunk roleplaying game with an engaging story told using a side-scrolling Metroidvania style gameplay. With the rising popularity of cyberpunk as a genre, it is becoming increasingly more difficult to filter through all of the games that claim to be cyberpunk to find the ones that truly are. Some are merely science fiction stories with a lot of neon. DEX is more than this. When you first get dumped into the game, it seems to focus on a somewhat clunky melee combat system that caused me a lot of frustration early on. However, once I got more accustomed to the basic controls, and realized that you don’t have to engage every enemy in combat (you can just sprint past them if there’s no real reason to fight them) I started to see the deeper elements of the design of the game.

Like any good cyberpunk game, there is a real world and a digital world. Your character is able to switch back and forth between these two spaces, using her special hacking abilities to gain advantages in the real world. You can unlock doors, get information, or shut down security. But beware, there are programs that will try and stop you while you’re in the digital environment. The hacking “minigame” plays a little like a twin-stick shooter, with you maneuvering up, down, left, and right on the screen, “shooting” incoming enemy programs to destroy them, while collecting power-ups and hacking data points. 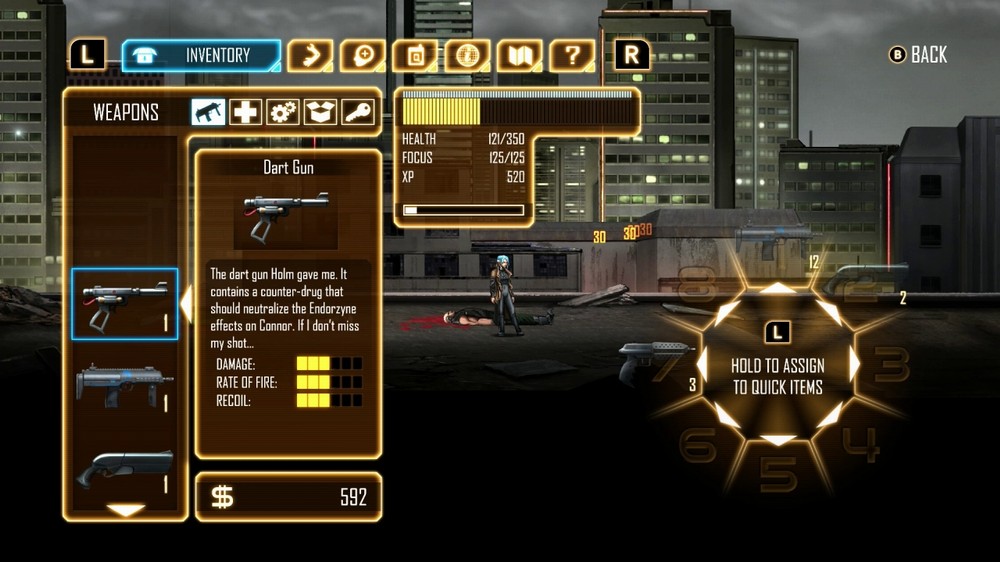 Also, as with any good cyberpunk game, there are opportunities to augment yourself to gain advantages over “normal” people. You can boost your natural abilities, like giving you better jumping, immunities to certain environmental effects, more health, and more “focus” which is the power that you use while hacking.

There are quite a number of really interesting and fun to interact with NPCs in the game, as well, all of which are fully-voiced. They have a lot of character and the conversation choices really feel meaningful. One of the first interactions in the game is with a guy in the sewers named Ace. He’s a bit of a loon, but he has access to an area that you need to get to. You can either choose to fight him for it, do him a favor so that he gives it to you, or you can convince him that it’s in his best interest just to give it to you (as long as your charisma score is high enough). It’s details like this that make a game more of an actual RPG that I really enjoy.

Also, I appreciated the fact that even though the game is primarily designed as a side-scroller, that it still doesn’t feel linear. There are many different routes you can take and choice really does feel like it matters. I like the art style for the game. It feels a little bit like a retro-style game, but with really detailed sprites that give off the gritty feel of a cyberpunk style game. 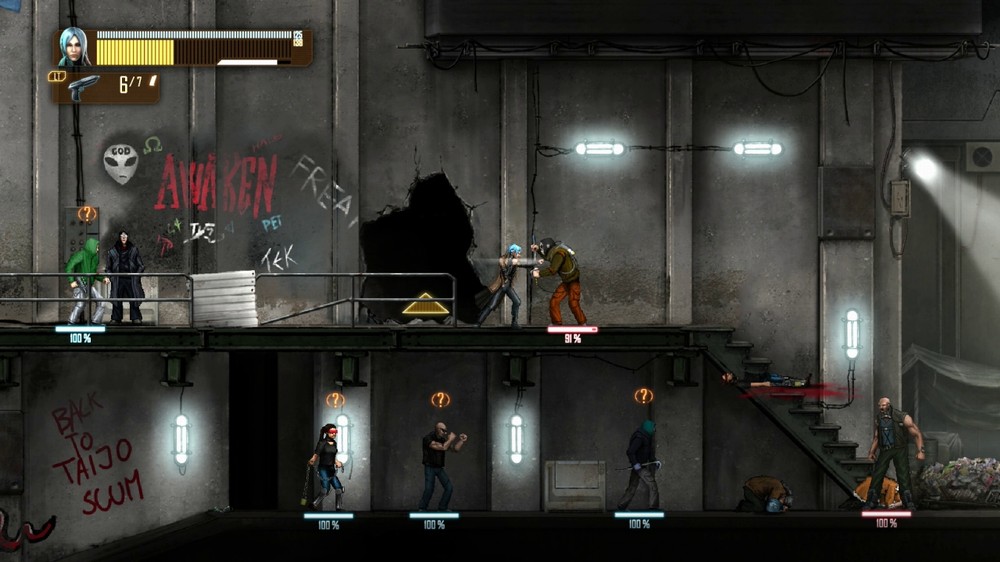 When I first started playing DEX, I was a bit put off by the combat. You don’t start off with access to a weapon, so every fight is a melee fight at first, and even though you can block attacks, I was getting my butt kicked left and right. I definitely had to replay several areas multiple times before I was able to make it through alive. However, after leveling up a few times, I put some points into my melee fighting skill, which unlocks some extra abilities, making melee combat a lot easier, and a lot less frustrating. Also, I quickly discovered that just because an enemy is between you and your objective doesn’t mean that you have to fight them. You can choose to just run past them instead. This got me out of a few fights that were just too much for me at the lower levels.

But, because of the skill advancement tree and cybernetic enhancements, as well as the ability to pick up various weapons to help you in combat situations, the combat definitely gets much more survivable. Still, I felt like the combat mechanics overall were less than satisfying and it ends up feeling a bit more like a chore that you have to get through to get back to the more interesting parts of the game. This is unfortunate, because if combat were more fun I think the game really would have stood out as a great game. As it is, I think it’s a decent game, and one that represents the cyberpunk genre pretty well, with a cool story and characters, even if the combat is a bit on the lackluster side. 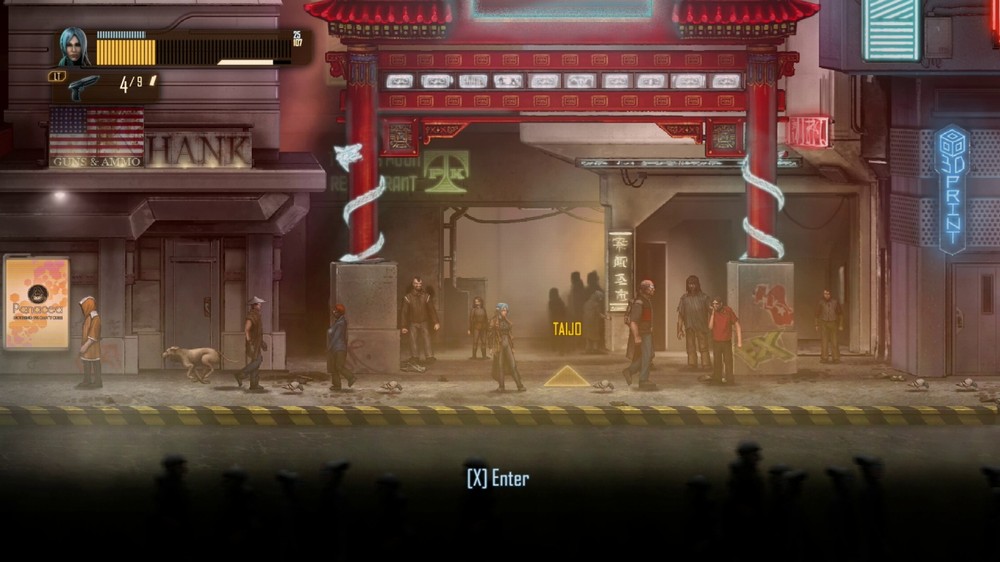 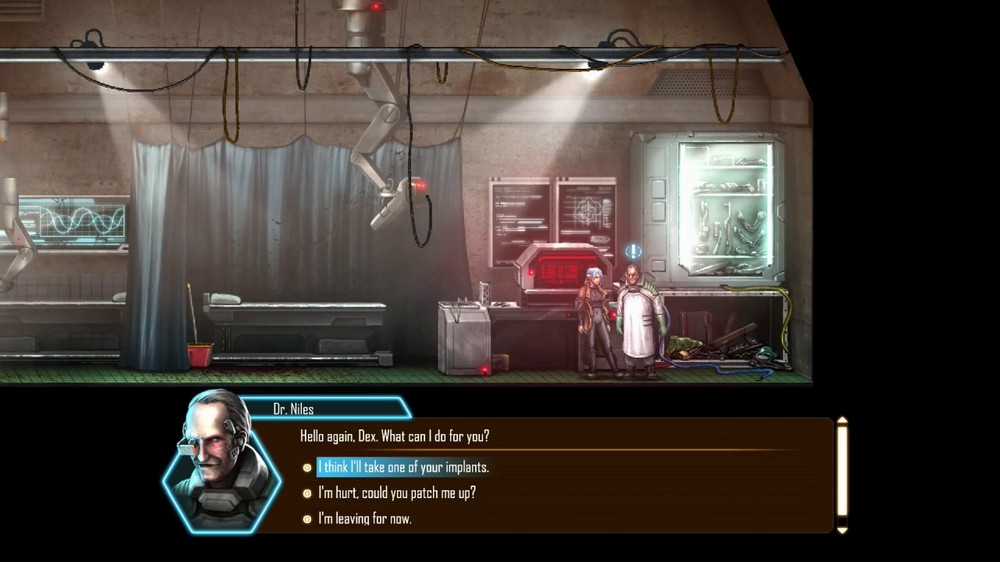 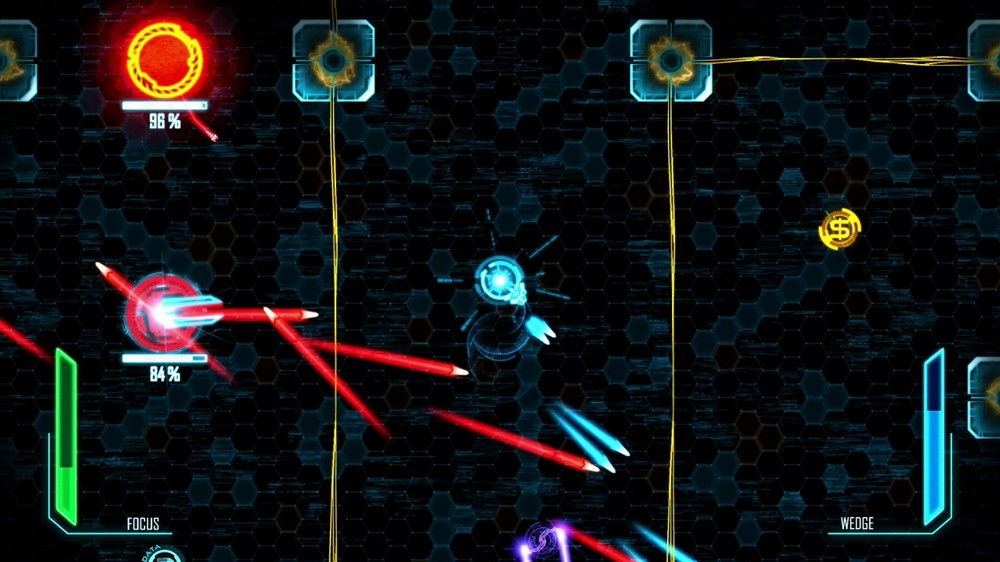 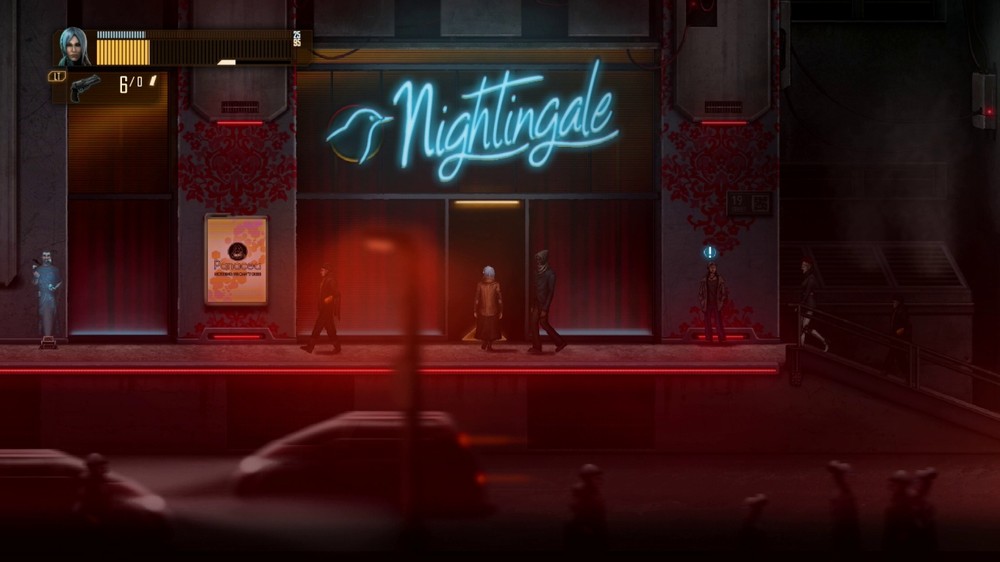