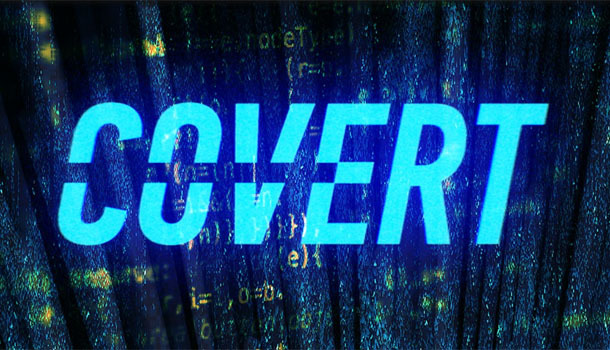 - Co-op play is required, no single-player

Covert is an incredibly intense and rewarding stealth action experience.

I’m not going to waste any time saying this: Covert VR is amazing.  The newest release from White Elk, the studio behind the critically acclaimed Eclipse: Edge of Light, Covert is an incredibly intense and rewarding stealth action experience.

What makes Covert so special from all the other stealth action VR games on the market, is that Covert absolutely requires two players to work cooperatively to solve each level.  One gamer dons the PSVR headset, taking on the role of the “Thief”, the other uses any iOS/Android device installed with the free Covert Companion app (675MB), taking on the role of the “Hacker”.

The Thief and the Hacker are members of the League of Thieves, who have been hired by a mysterious client  to pull off a series of high profile heists.  The Thief may be the character with the most to lose, but he/she is entirely dependent upon the Hacker to get them safely through each level by directing movement, interacting with alarms, jamming electronics, and to relaying the locations of guards and security cameras. 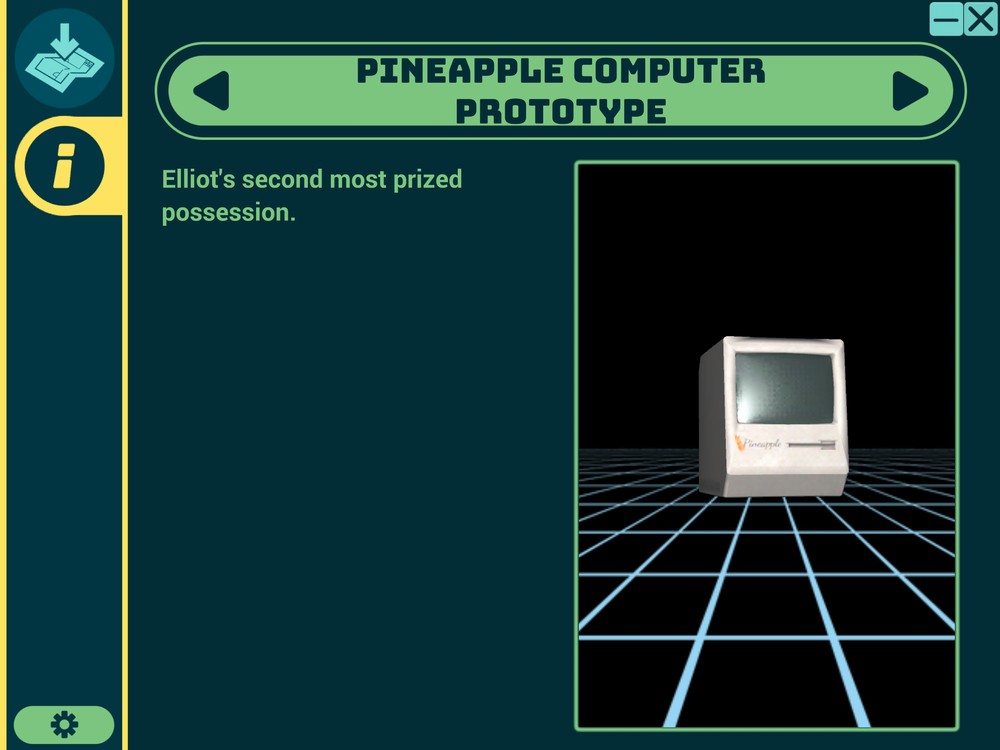 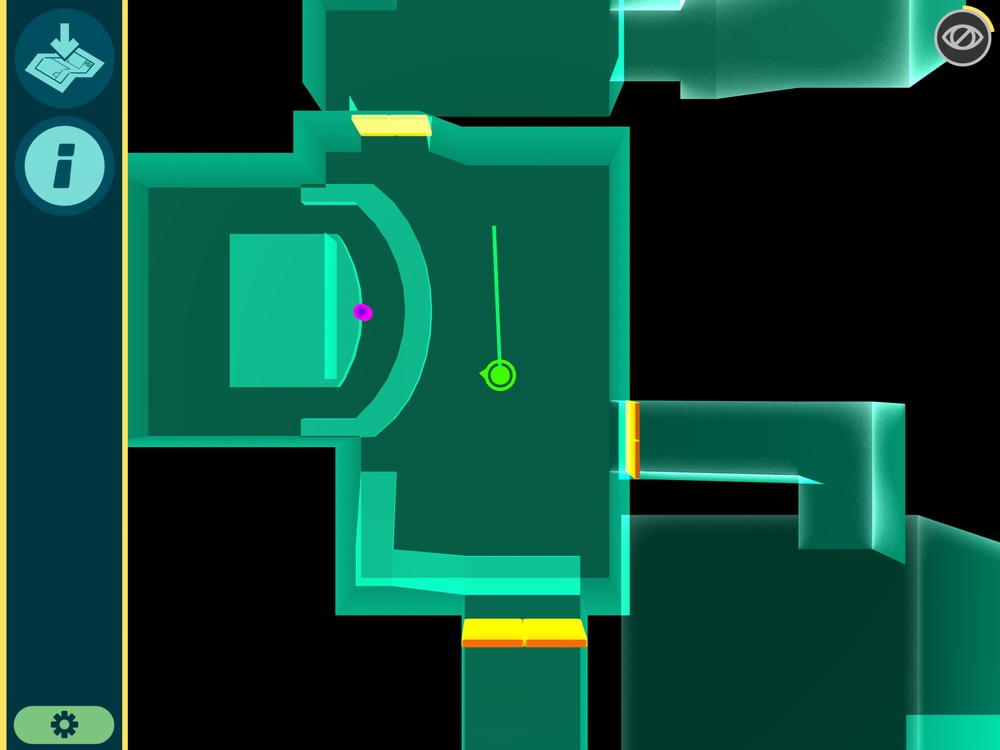 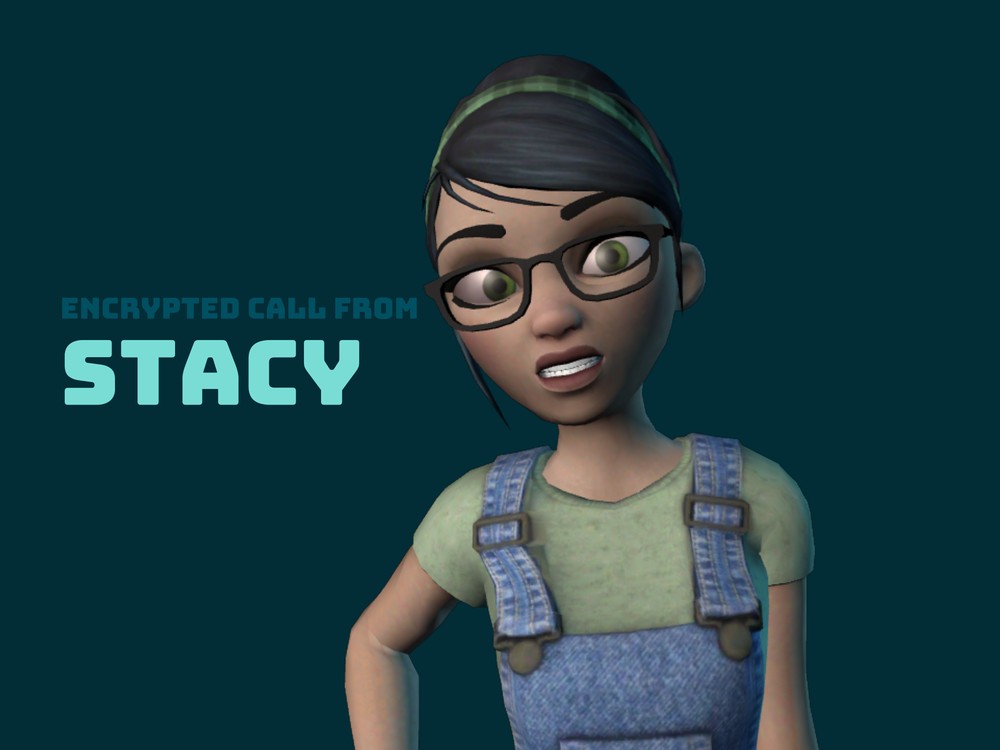 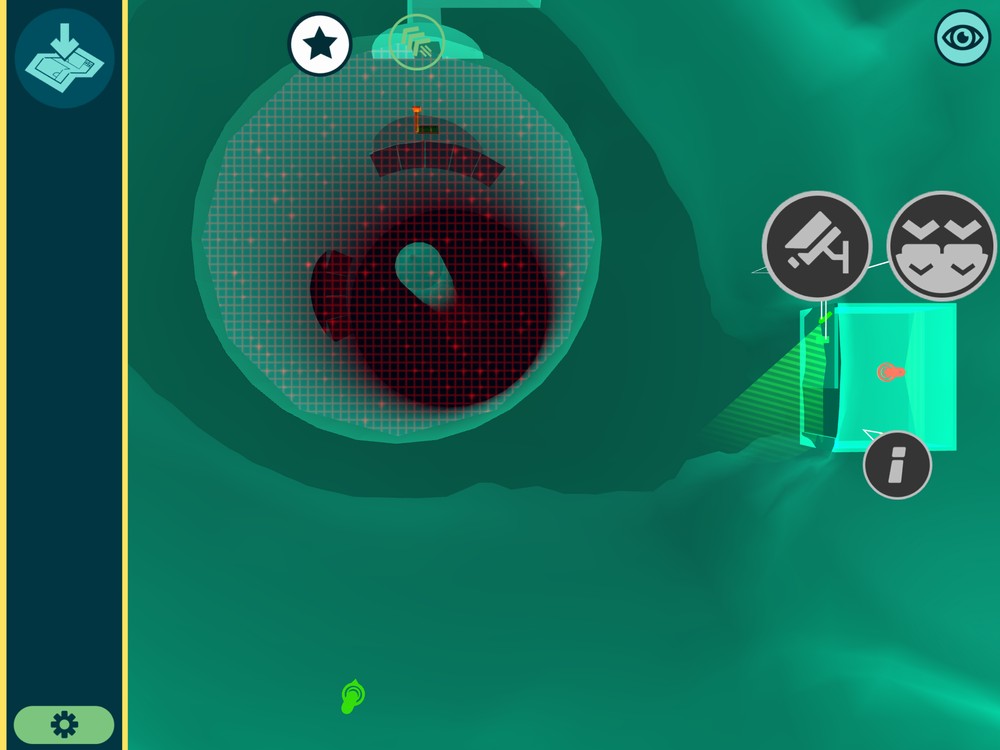 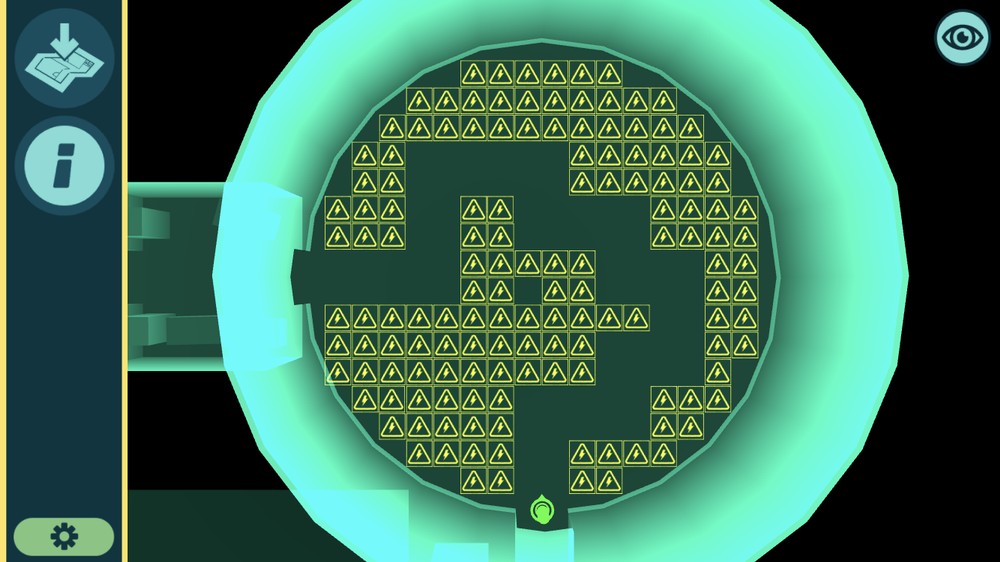 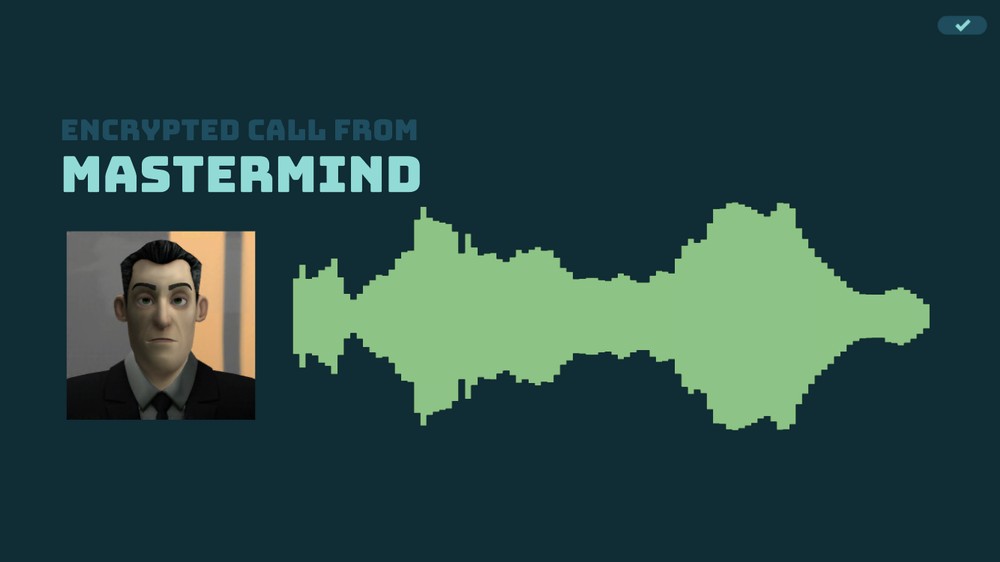 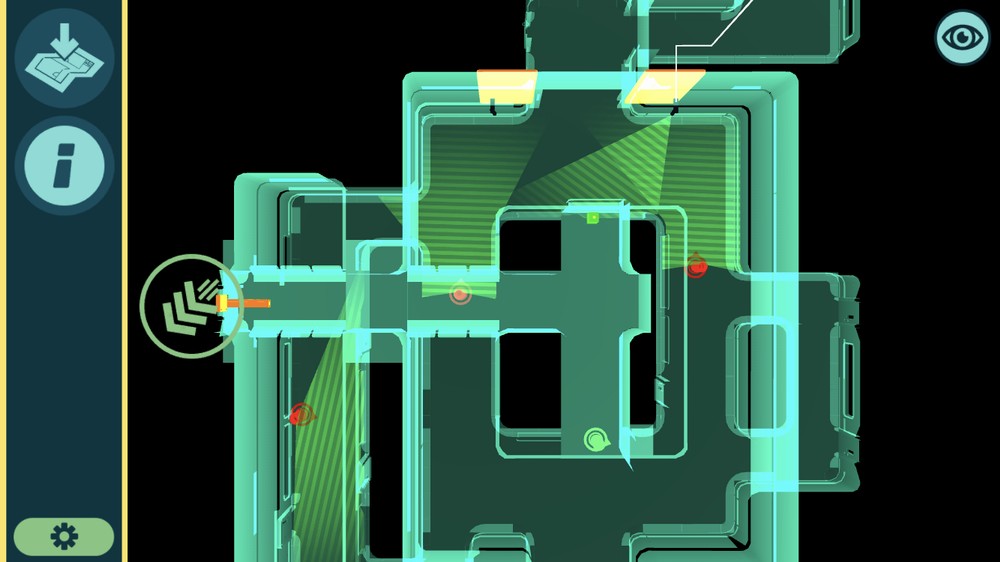 The Thief has a 360° view of their immediate location via the PSVR headset but no map.  Conversely, the Hacker is limited only to a top-down interactive map/HUD of the level that not only displays the location of the objects to be stolen, but also the location and movement patterns of armed guards, security cameras, and interactive objects.

The two must communicate clearly and concisely to successfully solve a series of puzzles to get the Thief safely to each prize.  For instance, one of the earliest puzzles in the game requires the Thief to use a soundwave generator to shatter a window gaining entrance into a museum.  The Thief attaches the generator to the window, the Hacker uses their tablet to determine the proper frequency required to shatter the particular pane of glass, the Hacker audibly relays said frequency to the Thief, The Thief dials-in the necessary frequency to the soundwave generator, and presto – the window disintegrates. 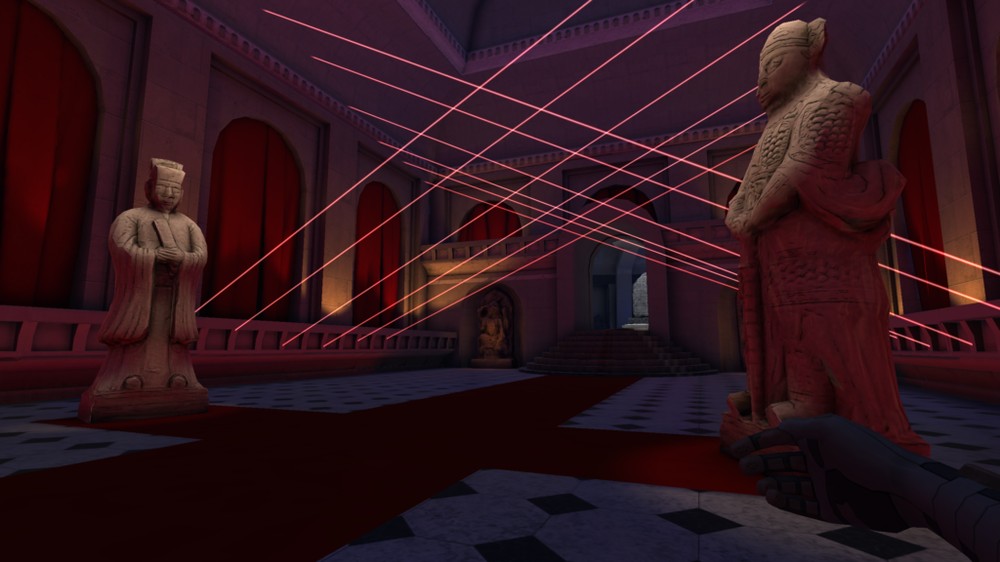 Many of these puzzles are time-sensitive, requiring the Hacker to perform a rapid series of minigames on the tablet, each success offering the Thief only a brief moment to pass through a unarmed laser barrier or sneak by a jammed security camera.  An observer would certainly hear the words “Go!”, “Stop!”, “Now go again!”, “Hide behind that post” as the Hacker directs the Thief through the expertly designed levels.

While Covert is certainly meant to play in what we call “local co-op” or two people sitting in the same room, I am sure that creative gamers could probably use smartphones and Bluetooth earbuds to play co-op remotely as linking the Hacker’s mobile device to the Thief’s PlayStation is as simple as entering a game code into the mobile app.

Covert’s presentation is top-notch, with a timeless cartoon secret agent audiovisual aesthetic reminiscent of classic games like Beyond Good and Evil, TimeSplitters, and Sly Cooper. 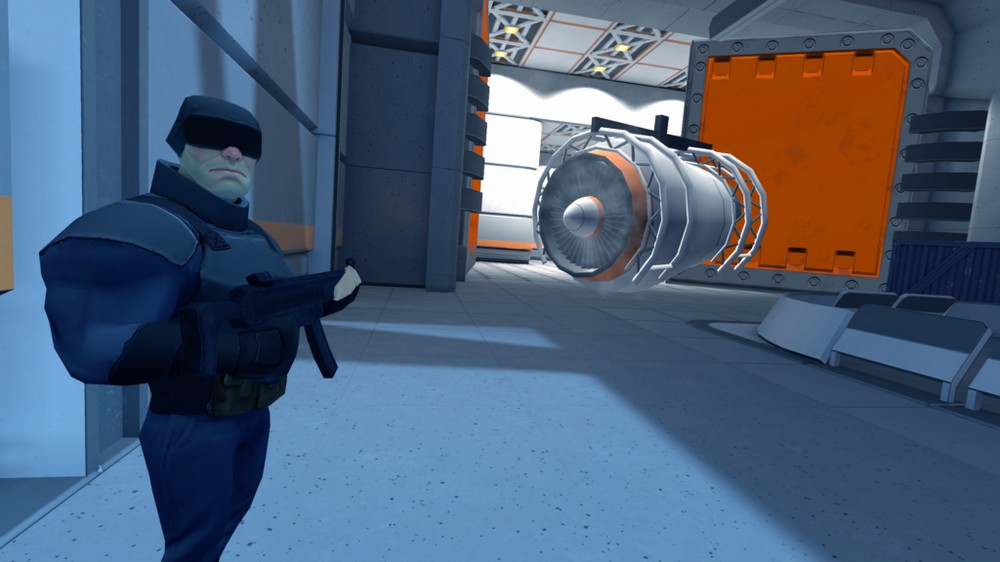 White Elk gives gamers a few options when it comes to controls for the Thief, by allowing use of either the PlayStation Move Controller or the DualShock4.  After brief deliberation, my son and I decided that we both liked using the DualShock4, as movement seemed more natural and dependable than with the PlayStation Move, especially with the smooth movement options which allow for a traditional first-person gaming scheme for fluid movement and turning rather than click-based movement and turning offered by some of the other options.

After being comically stuck in the beginning of the first level for far too long (our fault), once we caught on to how Covert worked, we were able to play through the game in a matter of a few evenings. A nice aspect of the co-op separation of duties, is that once the game is completed the roles can be swapped, and even though both players already know what needs to be accomplished, the different perspective makes it feel like a whole different game.

As I said in the opening, Covert is an amazing game and I would recommend it for anyone who has someone available to share in the fun. 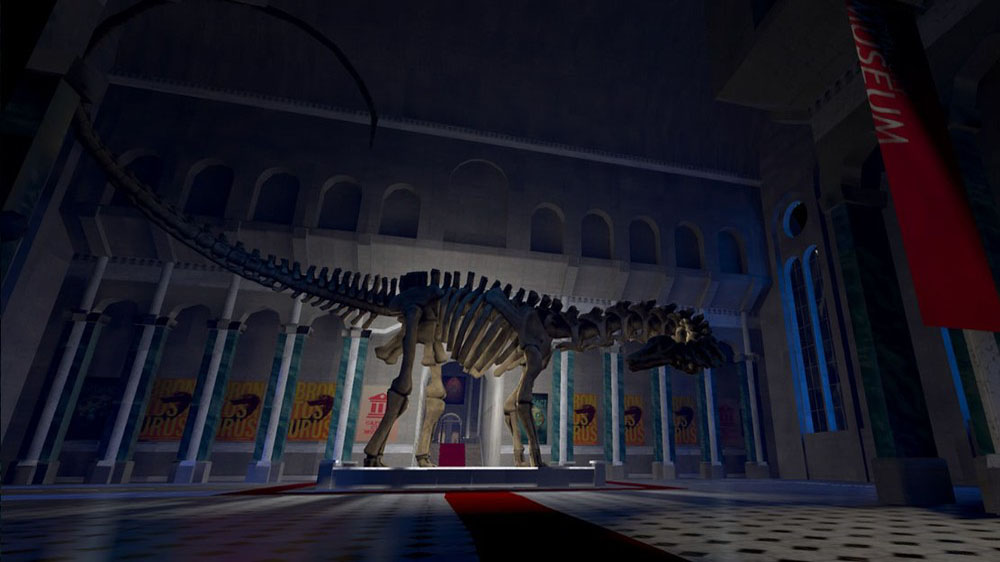 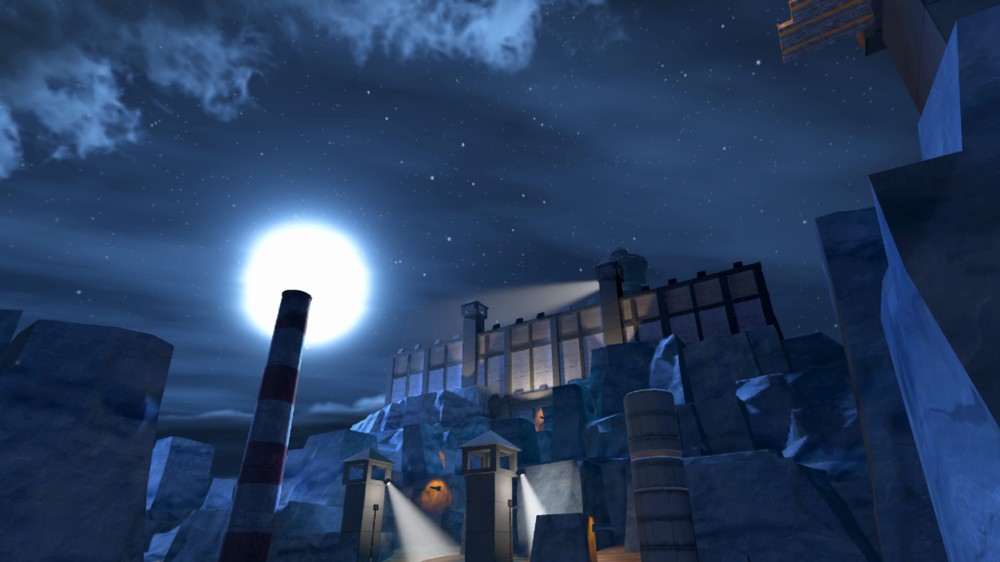 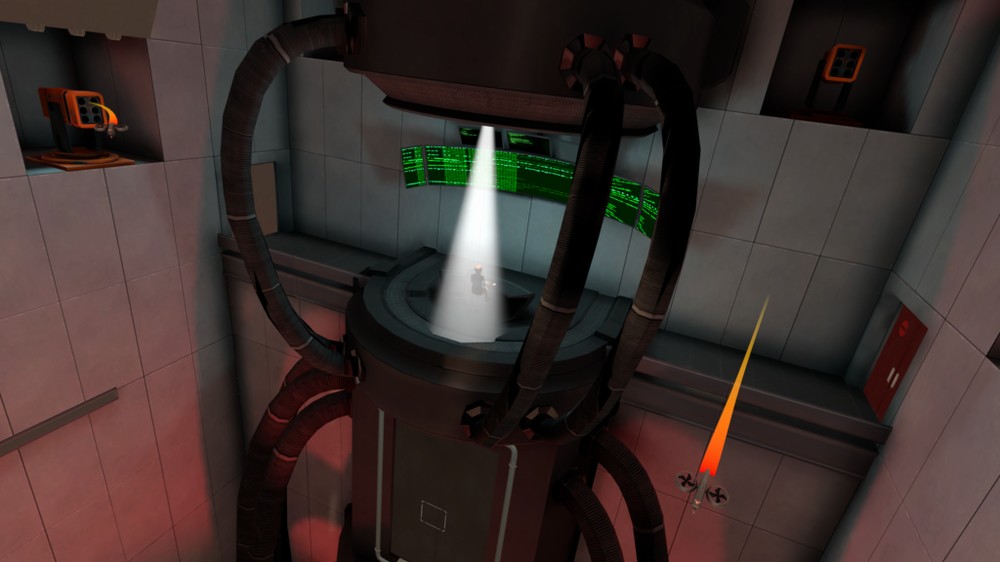 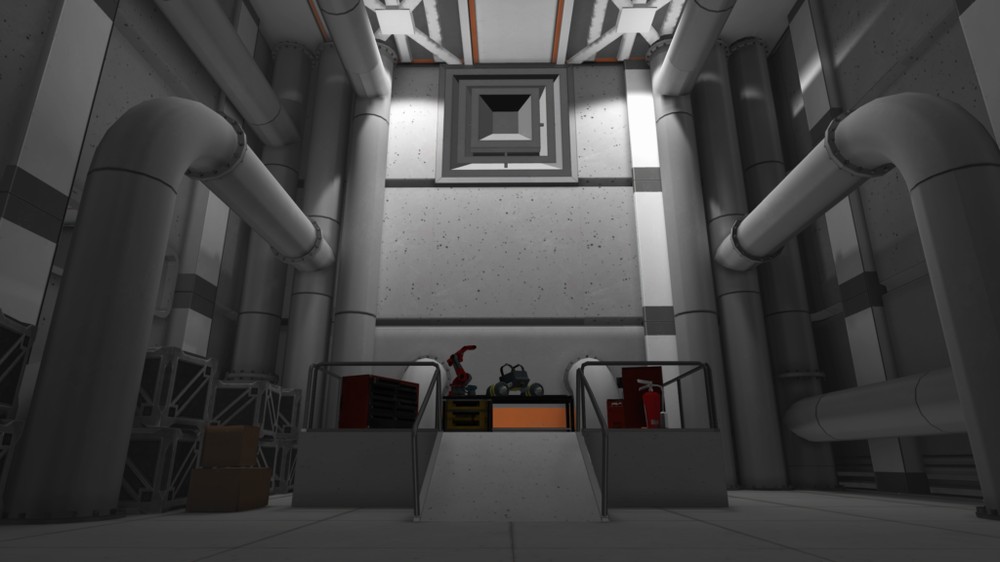