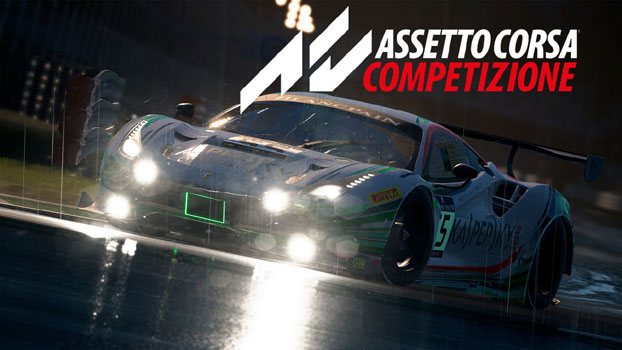 A real test of patience and skill for casual and serious racing fans.

Five minutes into my review session for the PS4’s newest racing simulation, Assetto Corsa Competizione, I set my controller down, turned off the PS4 and walked away with my mind firmly decided that I had seen enough – this game is unplayable.

Having started with a quick race, I found the car selected to be virtually un-steerable, and as a result I quickly found myself painfully pinned against the fence in the first chicane at Monza. The fact that the game defaulted to manual shifting without an obvious means to revert to automatic shifting didn’t help matters. But while I sat at the kitchen table trying to figure out a polite way to tell my editor that I wouldn’t be able to complete my assignment, I realized I might not have given Assetto Corsa Competizione a fair shake. Back to the console I went, and for that I am thankful. 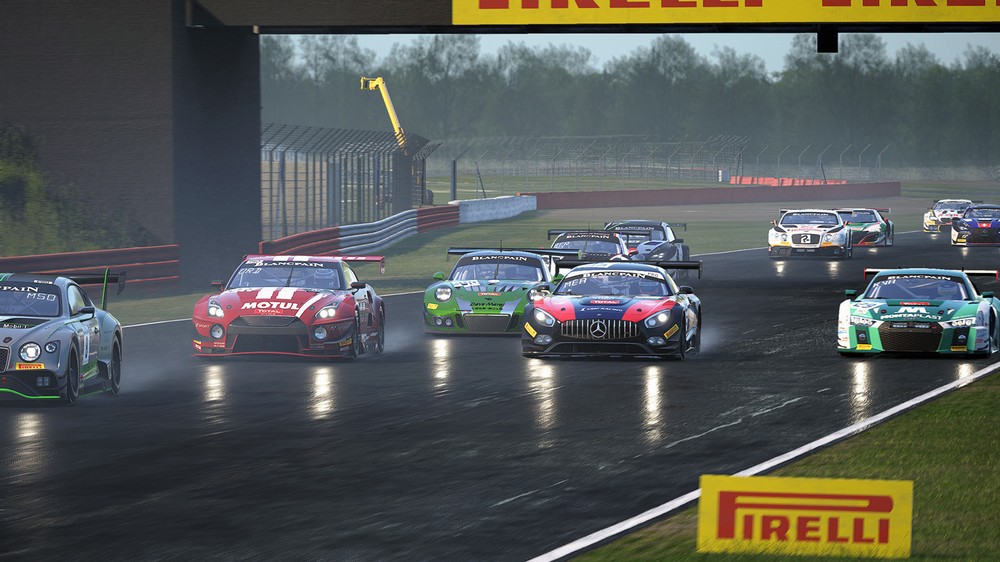 Indeed, as I found over the next dozen hours or so, Assetto Corsa Competizione is a real test of patience and skill. Much like the GT World Challenge racing series for which the game is officially licensed, ACC embraces all the highly-technical endurance-based racing that the series represents.

For those who may be unaware, the GT World Challenge is the racing series that features high-end GT3 supercars from the likes of Ferrari, Lamborghini, Bentley, and more. These cars race in five Sprint Events (1hr) and five Endurance Events (3hr) across various locales in Europe and Asia, culminating at the coveted Total 24 Hours of Spa held in Belgium.

Assetto Corsa Competizione makes it very clear from the start that the focus of the GT World Challenge is not only on speed, but also on precision and driver safety. To emphasize this, new racers entering the game’s Career mode are enrolled in a virtual version of Lamborghini’s Youngster Programme, which serves not only to introduce gamers to the intricacies of the racing, but also allows the game to get a feel for the gamer’s skill and help suggest AI assists and difficulty levels. 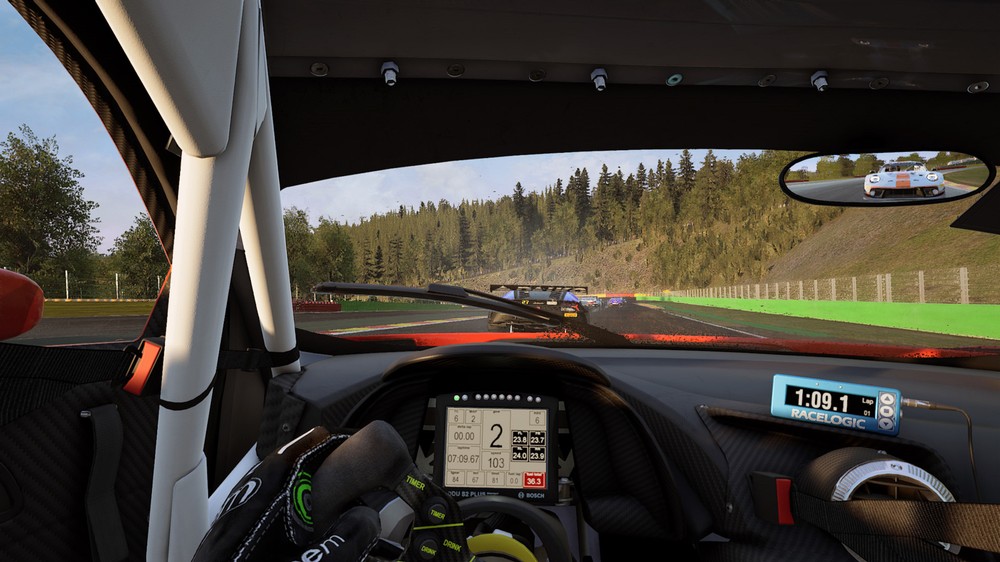 It was upon completion of the Lamborghini Youngster Programme when I realized that the frustration I felt on my first attempt at ACC was most likely due to the notoriously difficult controls that come with mid-engine cars like Lamborghini and Porsche. When I acquired my first team car – a Jaguar G3 – it all suddenly seemed to come together, and I quickly found myself fixated with finding the perfect lines through the gorgeous courses that make up the GT World Challenge Series.

Assetto Corsa Competizione is a simulation at heart, and as such there is an inordinate amount of adjustments available to optimize each car’s “setup” – from common settings like tire pressures and suspension angles to some more esoteric settings like differential coast and wheel rate. The PC crowd has had Assetto Corsa Competizione for a number of years and they have communities and marketplaces all developed around debating, making, and trading of car setups for each track in the game. It all can be a bit overwhelming for folks like me who just want to pick up a controller and play, but it is nice that the game offers this level of detail.

Obviously, the game cannot expect players to sit through an hour-long sprint event, much less a three-hour endurance event, so while those options are certainly available, most races default to 20 minutes – which combined with the free drive and two qualifying sessions makes each event last roughly an hour. This is a lot of time to spend in one sitting on one track, but it affords the gamer a great deal of experience learning every nuance of every turn and chicane. The pit crew often provides goals for the gamer – to maintain a minimum speed, or to run x-number of clean laps (no bumping, no driving off course, etc.) and it’s these challenges that really had me enjoying my time with Assetto Corsa Competizione – giving a purpose to what could have quickly become monotonous. 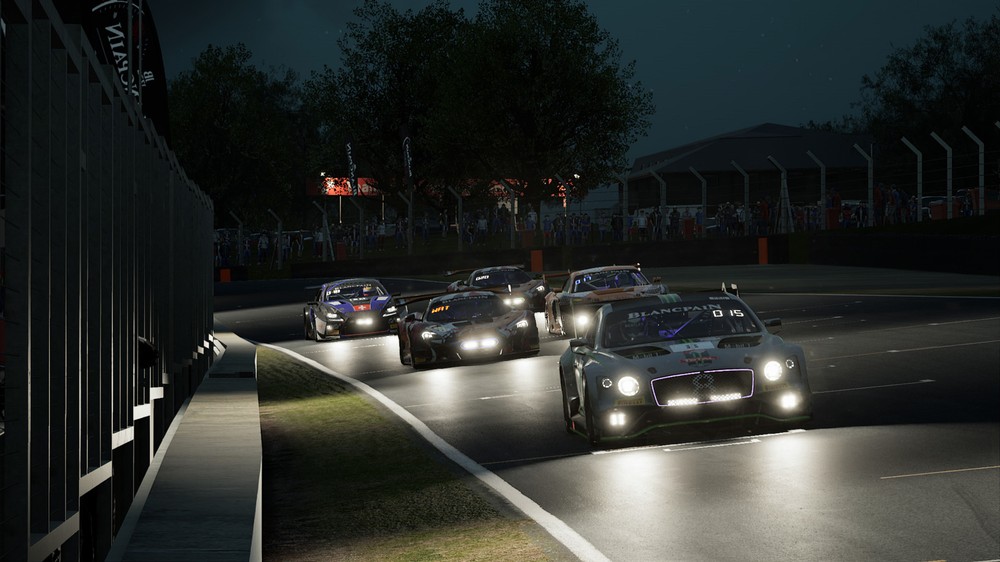 Where Assetto Corsa Competizione falters is in presentation. While the game oozes with the high end flair you would expect from a game based on the GT World Challenge Series, there are almost too many options available, rendering the game a bit difficult to navigate. And while the sound quality is spot-on, the mix makes it nearly impossible to hear and/or understand the important instructions being transmitted from the pit crew to the driver’s helmet – regardless of the audio slider settings.

For the console release to only be a week or so in, Assetto Corsa Competizione has a fairly robust PS4 online community. Upon first try I was escorted into a lobby with six other drivers and stuck together for an hour and a half of racing before I decided it was time to move on. The online racing went off with no notice of lag or other issues, and I had an absolute ball racing against actual humans. Honestly I haven’t had this much fun racing online since Pro Race Driver (TOCA Series) 15-plus years ago.

I am very thankful that I decided to go back and give Assetto Corsa Competizione a second chance, because in it I found a quality racing simulation that is sure to appeal to both the serious and casual racing fan. 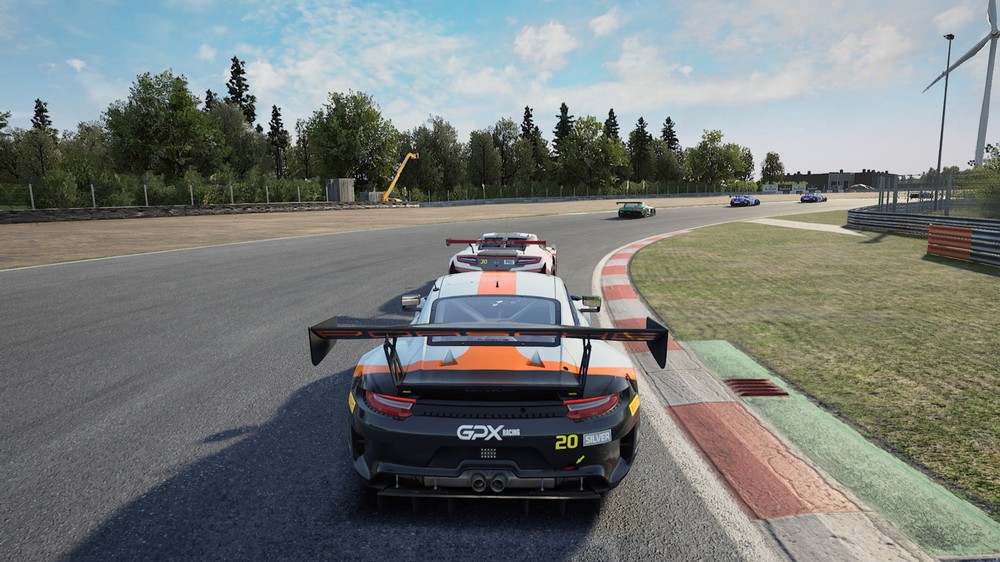 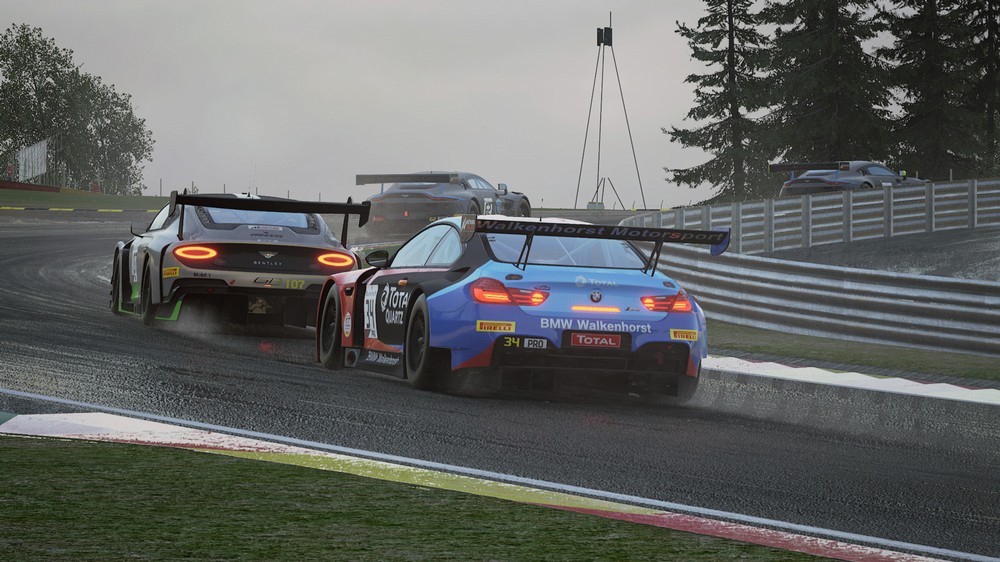 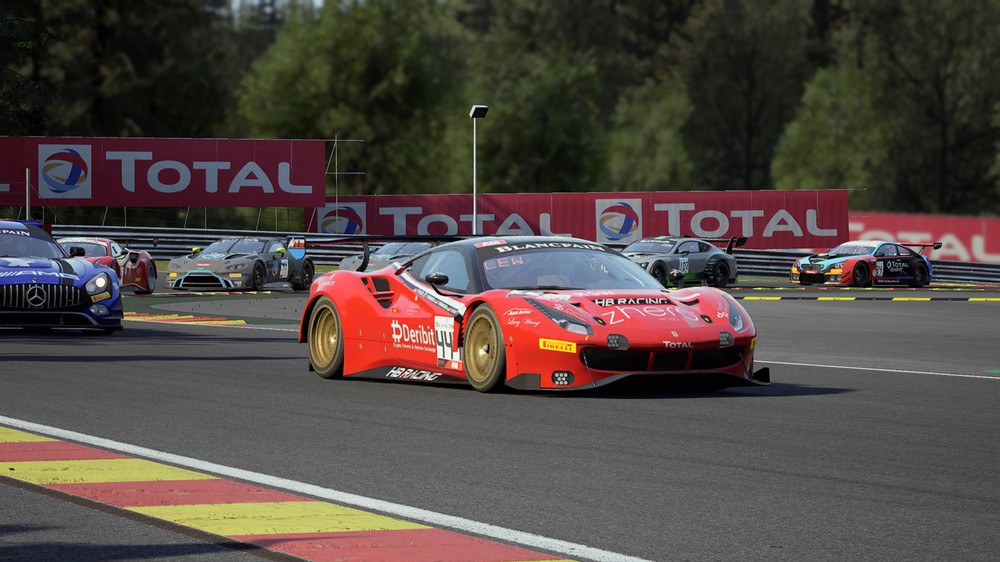 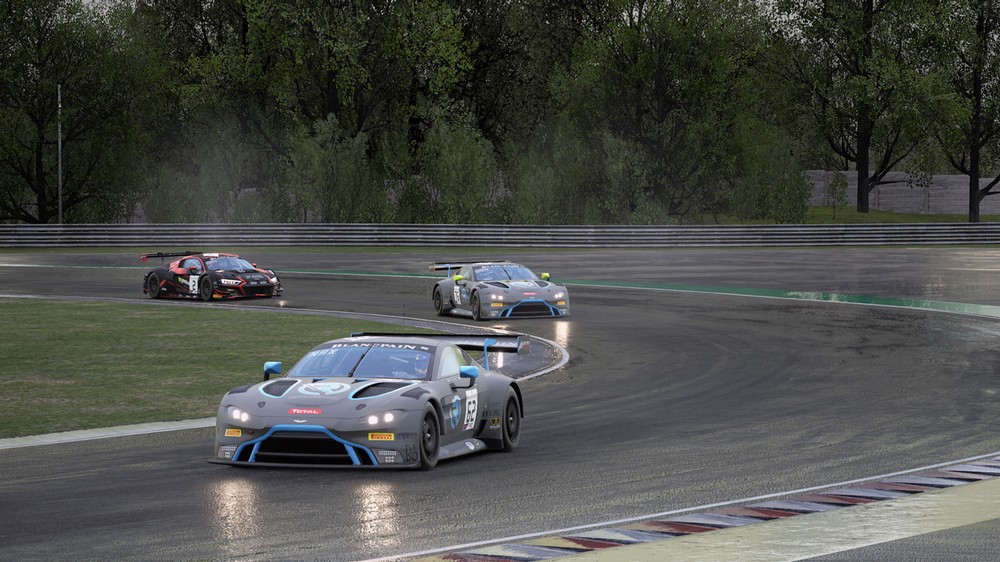 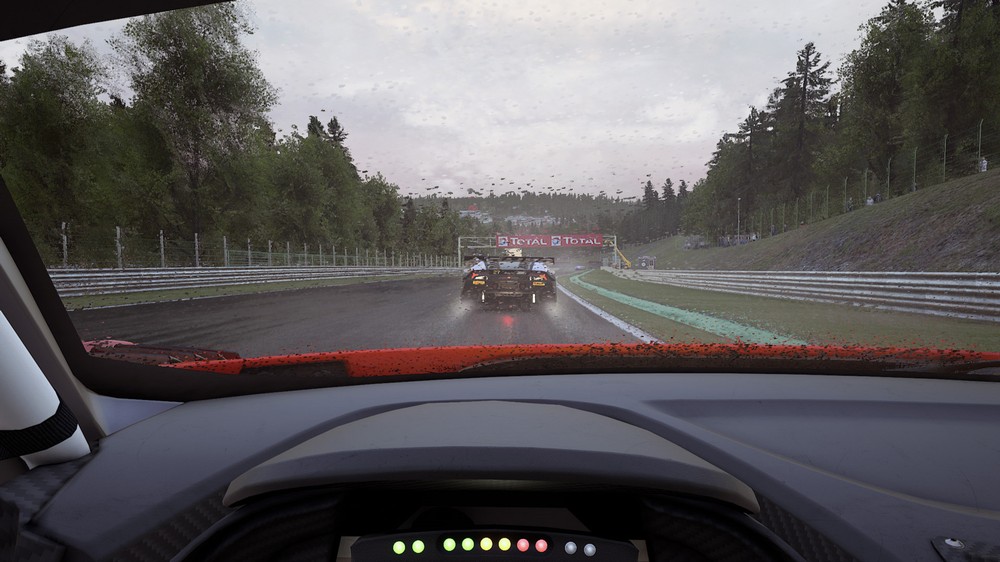 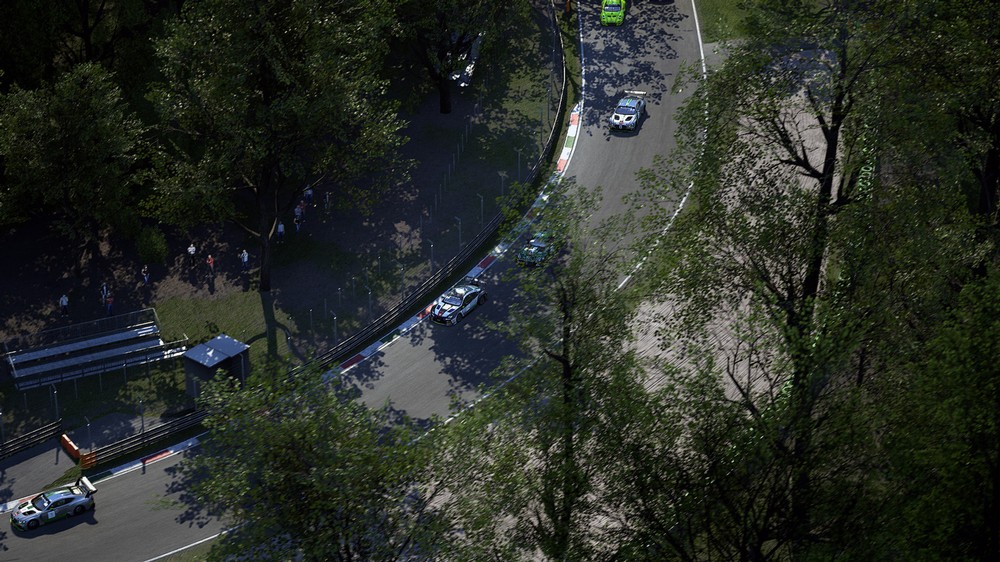