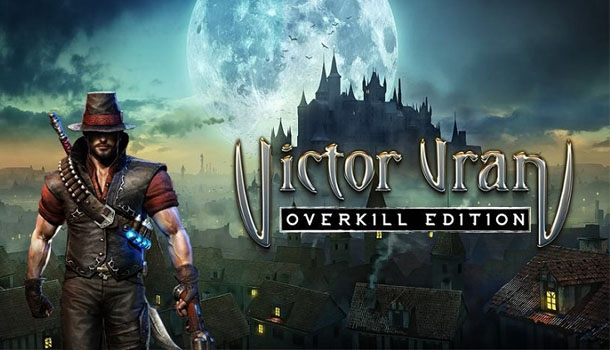 Diablo III is coming to the Switch in a few months, but in the meantime, we have Victor Vran, which turns out to be a pretty solid action roleplaying game (ARPG) on the console. First released on the PC in 2015 by Bulgarian indie developer Haermimont Games, Victor Vran should feel immediately familiar to anyone who’s played an ARPG. Victor’s moody, gothic-steampunk kingdom of Zagoravia is a welcome change from the typical medieval fantasy setting, albeit full of your usual undead and demons in need of population control. As can be expected of the genre, the game is focused on fast-paced, enemy-dense combat, while a traditional RPG’s story and character development take a back seat.

Unlike Diablo and most of its ilk, however, this game goes as far as to even forego RPG staples like character classes, skill trees, and stat-point allocation; and there’s no character generation process, since Victor’s the only character you’ll be playing. Victor still levels up with experience, but his progress is preset. Modifications to playstyle are instead entirely defined equipment and can be changed up at any time—which is great if you (like me) don’t like to commit to a set playstyle—allowing for significant freedom in customizing the game experience to your liking. 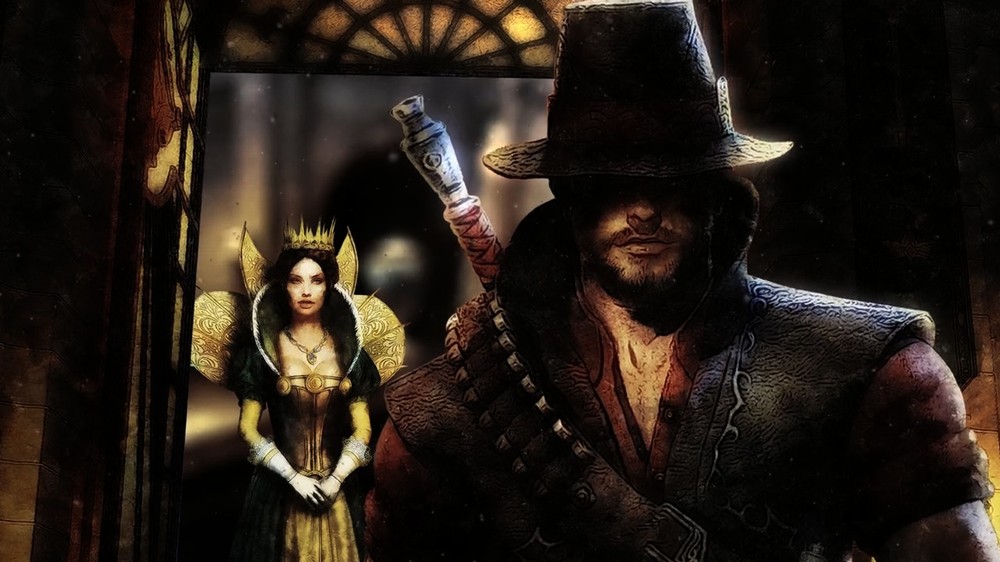 For example, various Outfits unlocked throughout the game bestow specific sets of traits that roughly mimic character classes. One suit, for instance, allows Victor to start combat with a full Overdrive meter (which fuels up to two equipped spell-like Demon Powers) that regenerates over time, allowing you to play as a more mage-like character. By default, however, the Overdrive meter starts empty and builds up only as you deal damage to enemies, acting more like a rage meter as seen in many other games. Other Outfits have different effects, such as dramatically increasing Victor’s armor or allowing him to gain Overdrive faster. Equipped Destiny Cards can further modify gameplay by applying a variety of different perks, such as increasing movement speed or regenerating health.

The weapons and Demon Powers equipped, meanwhile, define Victor’s offensive skills and the feel of combat in the game. Each weapon—and there’s a decent spread, including but not limited to swords, hammers, rapiers, scythes, shotguns, lightning guns, hand mortars, spell books, and (with the inclusion of the Motorhead expansion in this edition) even guitars—has its own specialized function and a couple associated special attacks. For instance, the hammer’s wide attack area and knockback is great for crowd control, but its slowness may make it less optimal in close quarters with a boss; and the rainbow gun’s beam passes through and electrocutes all enemies in the line of fire, but you may be left open while it recharges between blasts. 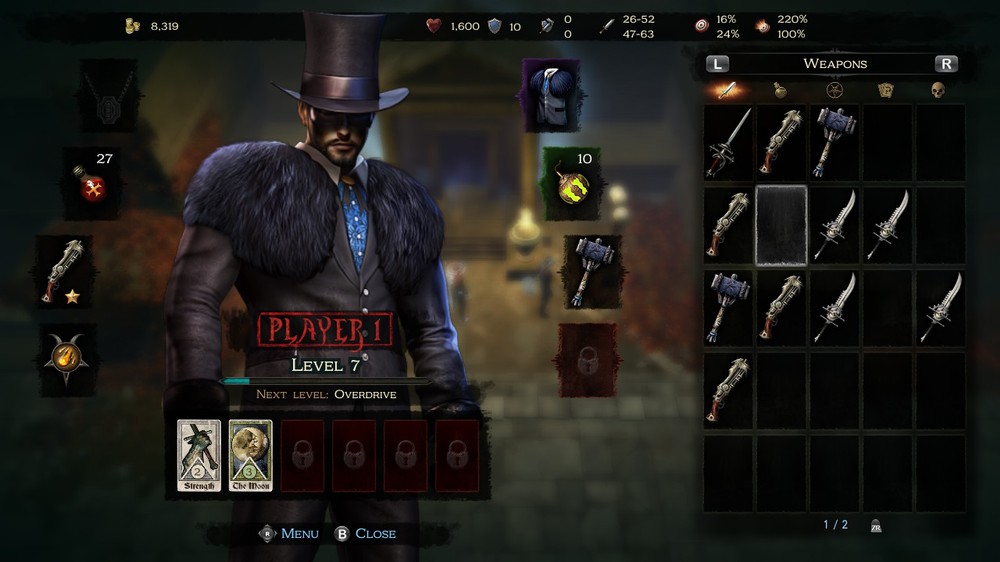 Demon powers range from a classic area-of-effect meteor rain to a fortifying aura that can heal your allies, if you’re playing multiplayer. Taken individually, most of the available weapons and abilities may not seem particularly new, but the flexibility to modify your loadout at will and experiment with different combinations, as well as to transmute items to upgrade them, is one of the game’s most enjoyable features.

Generally, combat feels satisfying, and the addition of dodging and jumping to Victor’s movement helps to vary the action and translates well to the console environment. Victor can even wall jump between parallel vertical surfaces to reach higher areas that aren’t otherwise accessible, often to get at secret rooms and treasure. I enjoyed the treasure-hunting aspect of the game but would have liked to see Victor’s mobility put to more use, such as during boss fights or to provide strategic advantages during battles, which I haven’t seen as of this writing. 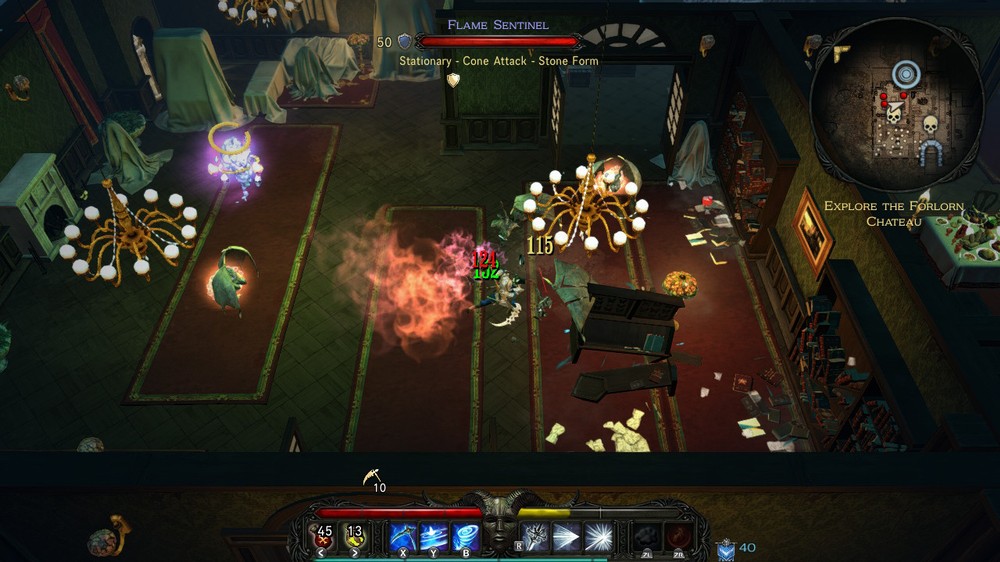 The game’s admittedly got some rough edges. The difficulty level in can be a little uneven, for instance. Monster types don’t seem quite as varied as in some similar games, and their attacks generally tend to be predictable and easy to dodge. To make up for this, the game tends to throw huge mobs of these creatures at you at once. For the most part, I still found I could breeze through much of the game at normal difficulty, but, toward the end of the main game, I suddenly had my behind handed to me several times by a particular boss (no spoilers here). It’s not the smooth ramp-up I’ve come to expect from the typical modern game, though not a deal breaker. The same goes for its cluttered inventory screen, with its tiny text and not especially joystick-friendly navigation; and its cheesy, nigh-dad-joke-level humor, “Gangnam Style”-reference and all.

Overall, Victor Vran may not be quite as polished or sophisticated as the Diablo games, and the loot a bit less exciting, but it still scratches that ARPG itch, particularly if you can play with friends or family. The game offers both online play (if you subscribe to Nintendo Switch Online) and local co-op, though each player will need to have a set of Joy-Cons or a separate controller to join in. I generally found multiplayer to be more fun than single player, though it can get easy to lose track of which Victor is whose in the heat of battle. While there’s no friendly fire, it can also get a little confusing that everyone, including monsters, use the same demon powers, making it sometimes difficult to tell whether you should dodge a particular incoming effect in multiplayer. On the balance, though, it’s still a lot of fun. 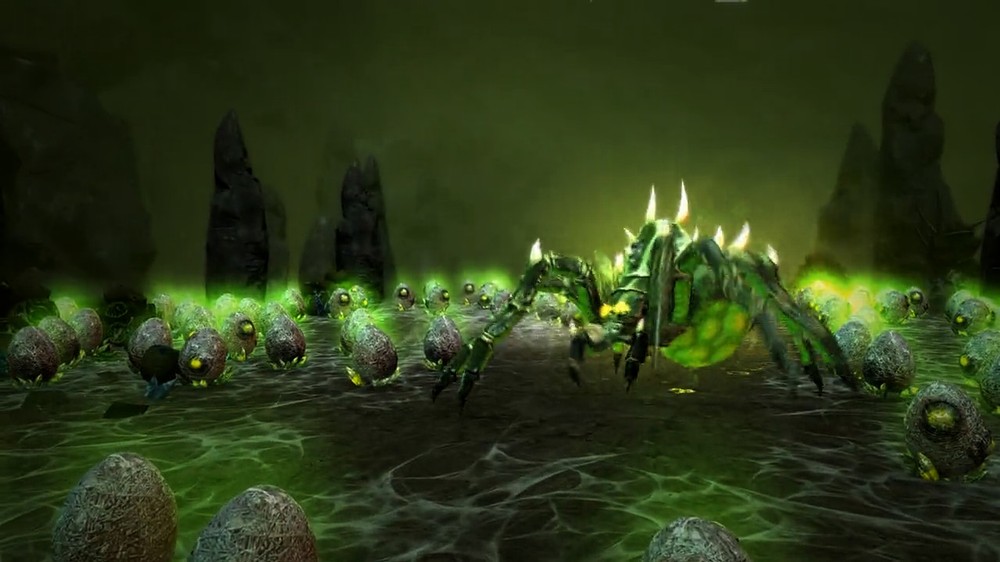 The Overkill Edition includes both the Fractured Worlds and Motorhead: Through the Ages expansions previously released. Both expansions are more challenging than the original game and are probably best enjoyed with a seasoned character. That said, the Overkill Edition lets you switch freely between worlds without losing your game process, which helps keep things a bit fresher. Fractured Worlds features procedurally generated dungeons that change daily, and Motorhead: Through the Ages is a post apocalypse-flavored collaboration with the band and inspired by its music.

Before I close up this review, I want to mention that Victor Vran’s voice acting is surprisingly high-quality, notably featuring Doug Cockle (of The Witcher’s Geralt fame) voicing the titular character. While some of the dialog came out saturated and distorted on my TV, even though I had the volume on the low side, the voice acting itself, even for minor characters, is more than serviceable. The beautifully produced soundtrack, which sounds fittingly like something of a cross between the music of The Witcher and Diablo, is another of the game’s highlights. The Motorhead world, of course, features music from Motorhead, which should be a great bonus for fans of the band or metal. 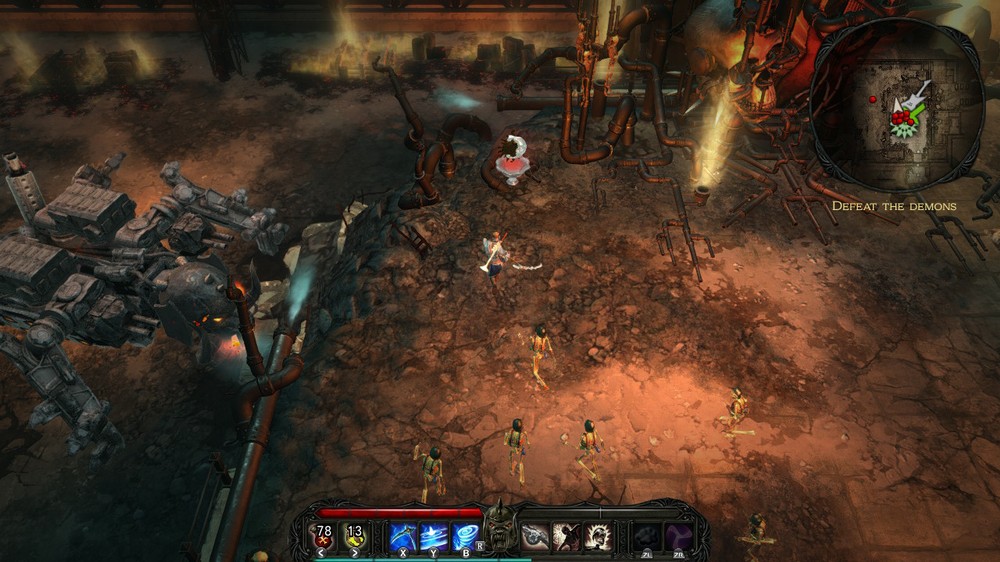 Victor Vran Overkill Edition may not break much new ground for the genre and has its foibles, but it’s a lot of fun, especially with friends, with the bonus of the Nintendo Switch’s convenient portability. Parents of little ones may want to note that there’s some stronger language in the Motorhead expansion. It’s $39.99 at the Nintendo eShop at the time of this writing, so it’s not exactly a bargain-bin game, but for the generous amount of content you receive, it’s a great deal.